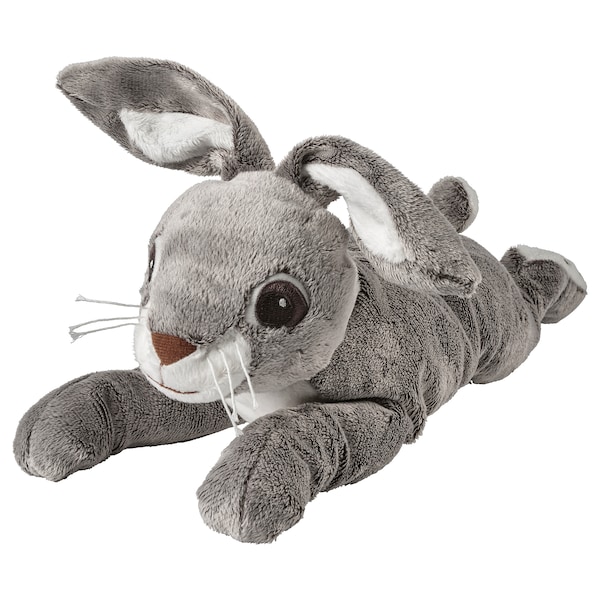 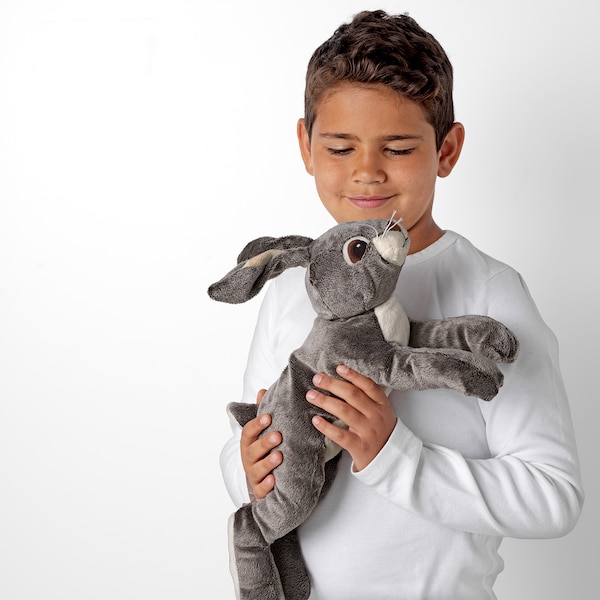 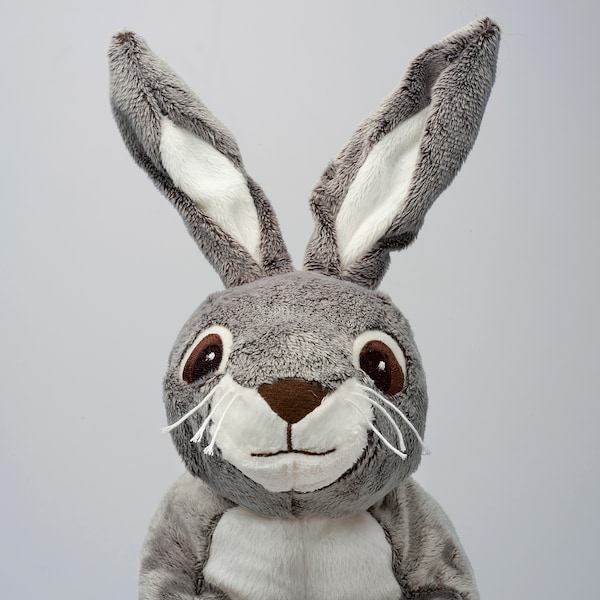 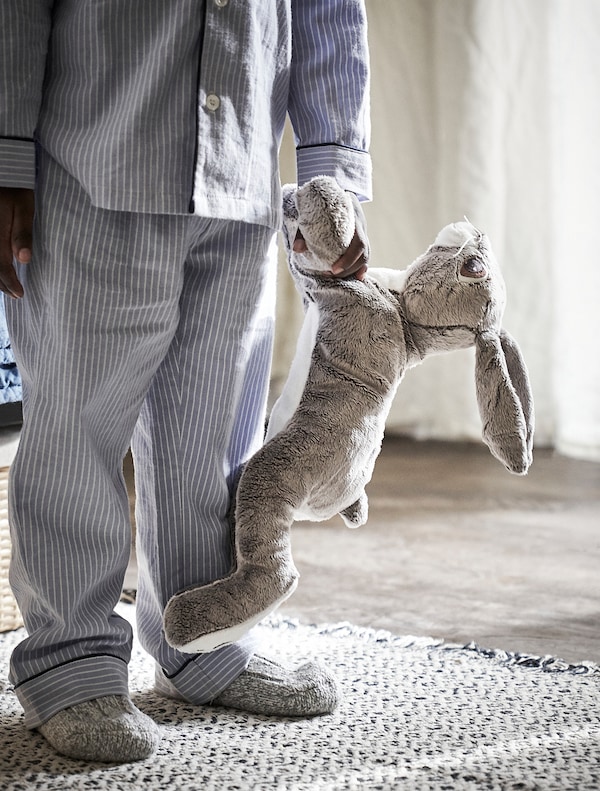 All soft toys are good at hugging, comforting and listening and are fond of play and mischief. In addition, they are reliable and tested for safety.Recommended for all ages.Matches the motif on other products in the VANDRING series.Designer

4.9(62)
So cuteSharonBought twice5
Got for dog toy -- bought moreAlyssa BActually bought this for a dog toy. My greyhound prefers soft toys/stuffed animals and it was such a great price for a dog toy! Plus, it doesn't have any plastic eyes or anything I have to worry about him choking on. It's held up really well to his playing and he loves this one so much that I went back and bought two more to be back ups!5
AdorableLingon18This is the second one I have purchased. The first one is named “hop hop” and is taken everywhere since she received it eight months ago. The second one seems a bit smaller but the same quality and will be a Christmas gift for another new family member.5
Sorry, didn"t purchase it!!!Recurring CustomerI put the item back as it cost more than I expected. The cashier removed it from the register. Thank you.5
Stuffed BunnyLindaSue3876So soft and cuddly, my kiddo Loves it5
SloppaI actually bought it for my little dog for a christmasgift! He loves to run after rabbits in our park ... it was of Courteney not STRONG enough for him, bit off a ear immidiately... bit still play with it!3
Small and lovablePinkiePoo2Bought as gift, recipient loves it!5
Realistic-like featuresSandkyI bought this as a donation. I always like to include one of your stuffed animal toys in my Christmas donations. I love your cute, realistic-like detail on these soft toys. And, the price is right!5
Dog loves it!BlankaFWe always get the Ikea soft toys for our friends dog. So far they always made it to be his favorite new toy5
LHansonLove this little rabbit. I bought for my great neice. She carries it everywhere. So soft and cuddly.5
EndearingGreekDivaI gave this to my granddaughter when she was an infant - 6 years ago. He was named Foo Foo and has gone everywhere, and I mean everywhere with her. I got another hare since she was so attached and I was afraid Foo Foo would wear out or get lost. She could always pick out the impersonator! Amazed after six years still in one piece and never lost.5
cat toybeltloopbettyCat carries it all over the house. The ears make for a nice carrying handle5
Evik1268I bought this for my dog and she loves it4
Our favoriteMelissa77I never give product reviews but I had to for this bunny. We first bought this for my son when he was three years old and it’s turned into his most beloved stuffed animal. He sleeps with it every night. We even bought a backup that we then introduced to my daughter. She also sleeps with hers every night. It’s the perfect size and shape for snuggling. It also washes up extremely well. This bunny is truly priceless to us.5
Adorable!Cdm31I purchased 10 of these to include one for each child as a special item for our Easter Egg hunt this year. They were a huge hit with the children and I particularly liked them because they were appropriate for all of the children - aged 1-8. They are very soft and squishy and extremely cute. I will definitely consider doing something similar again.5
Fun toy!WiseCPurchased for my grandson that loves rabbits. Super soft too!5
Sweet bunny!AMIverI wanted to buy this bunny since I first saw it years ago! When I found the right little girl, my brother’s granddaughter, I knew she had to have it ❤️5
So Cute!JayeKSoft and cuddly! Love it!5
Everyone loves himCheryl1597He has a cute face and everyone thought he was from a movie. Good deal for the price!5
Adorable!Lorenzo RileySo soft and cuddly. Love the huge hind feet!5
Skip listing 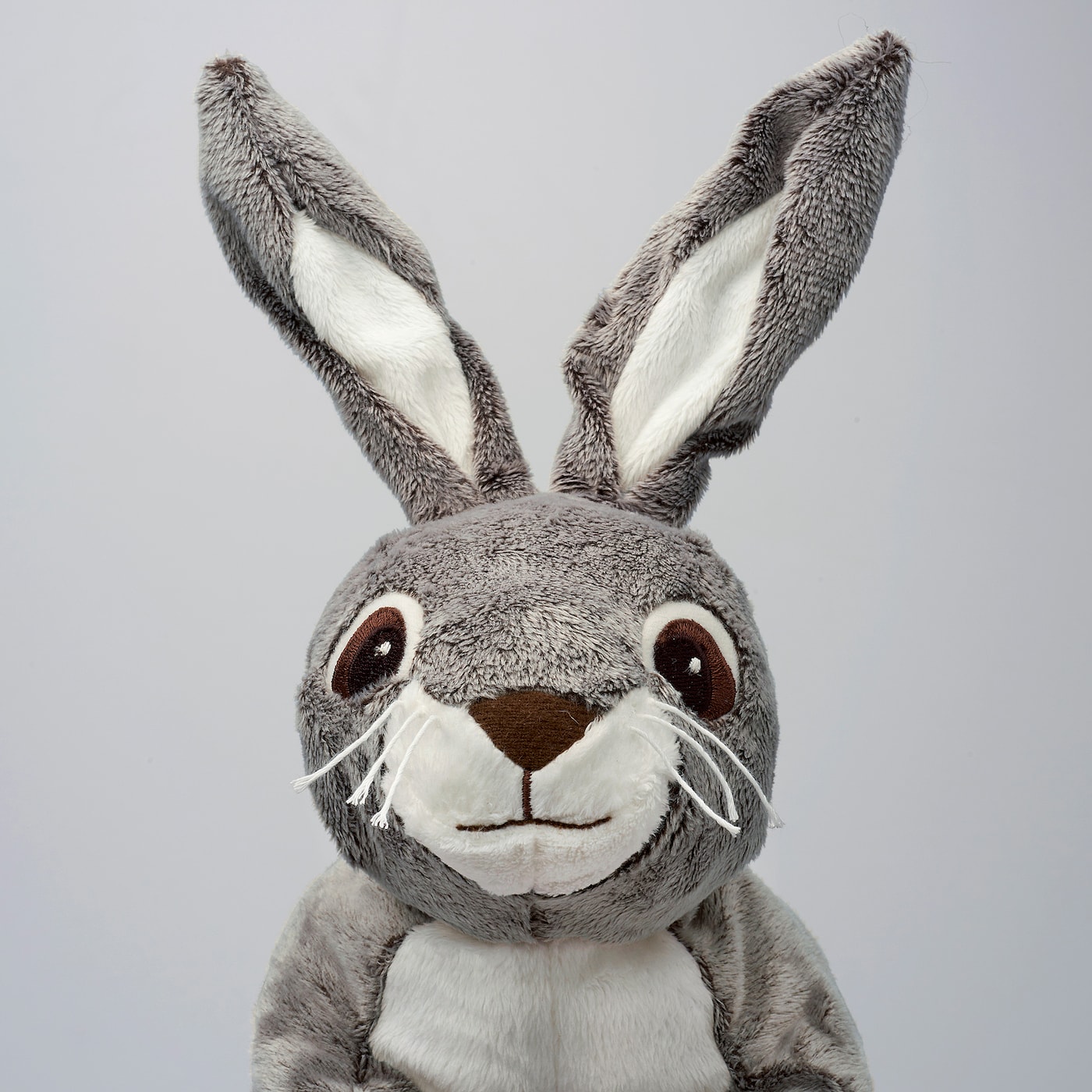 The story of a broken eye and what it taught us

The IKEA store in Helsinki, Finland, was full of customers that day back in 1997. Being a textile technologist at Children’s IKEA at the time, Carina Ingelsten ran a course about safety for a group of IKEA co-workers. ”I lifted up a teddy bear and pulled on the legs and arms to show how well they are sewn in place. When I pulled on the plastic eye, something happened that shouldn't – the eye came off”, says Carina. This was a major setback for Children's IKEA, but it was a setback that would lead to important safety improvements.  Read More
All soft toys were removed from the store as Carina tried to call her colleagues in Sweden. ”It was a Saturday, so it wasn't that easy to get a hold of people, but in the end Jörgen Svensson, my manager at Children's IKEA, answered and we succeeded in stopping global sales of our soft toys”.

Jörgen remembers the call. The fact that the eye came off despite all risk analyses and safety checks was very serious. Still, in hindsight, he still sees that it led to something really good. ”Thanks to what happened, we learned to systematize safety work even more. We established clearer procedures and areas of responsibility”.

The incident also led to the decision to not use plastic eyes at all. Embroidered eyes were not only safer, they also proved to give more character and personality to the toys. Annie Huldén, a designer who has created many soft toys over the years, agrees. ”The eyes are very important for a soft toy and plastic eyes easily seem too symmetrical and stale, while embroidered eyes are easier to vary in terms of the design, the size of pupils and the eyelashes.” Soft toys at Children's IKEA are loved by children throughout the world. It's a loved friend to play with and find comfort with - and which parents can always feel secure about.
Read less

“When I designed the VANDRING textile collection, I was inspired by nature and animals so I started by taking walks in the forest near my home in Sweden. I wanted the textiles to tell a story, and as the main characters I used forest animals – a hedgehog, fox, bear, rabbit and owl. We even developed them as soft toys to match the rest of the collection. Your child can have fun putting the animals on new adventures by having the toys follow the paw prints on the rug. I hope VANDRING really stimulates your child’s love for animals and nature.”