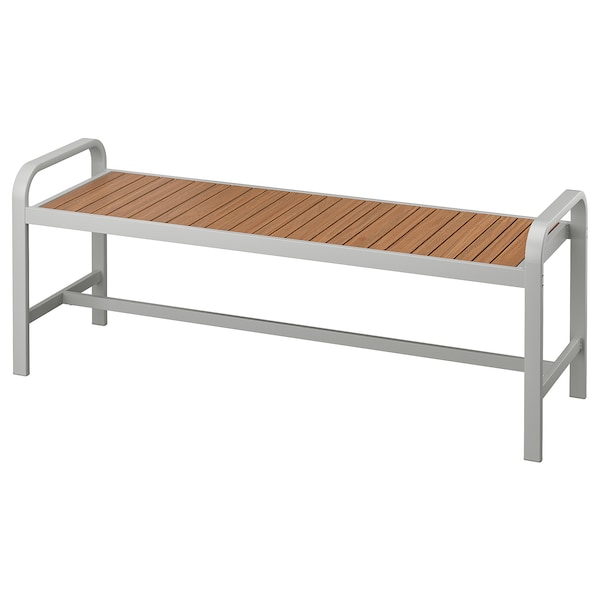 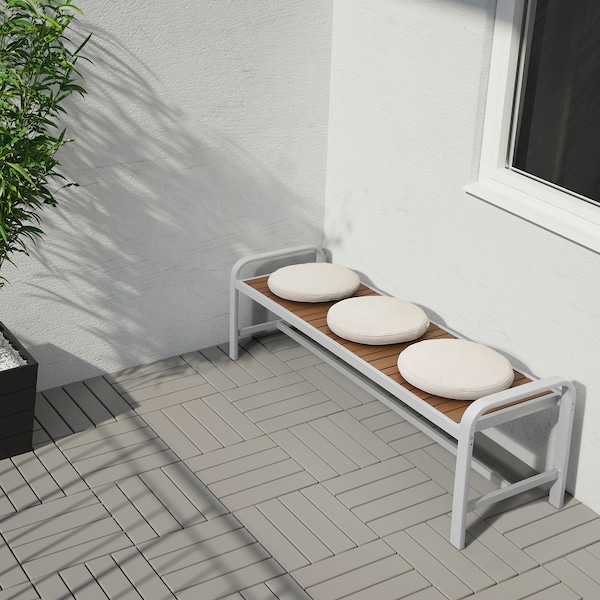 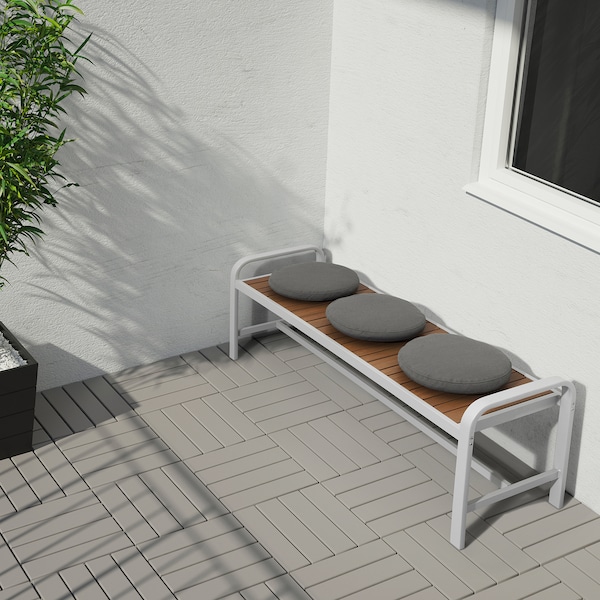 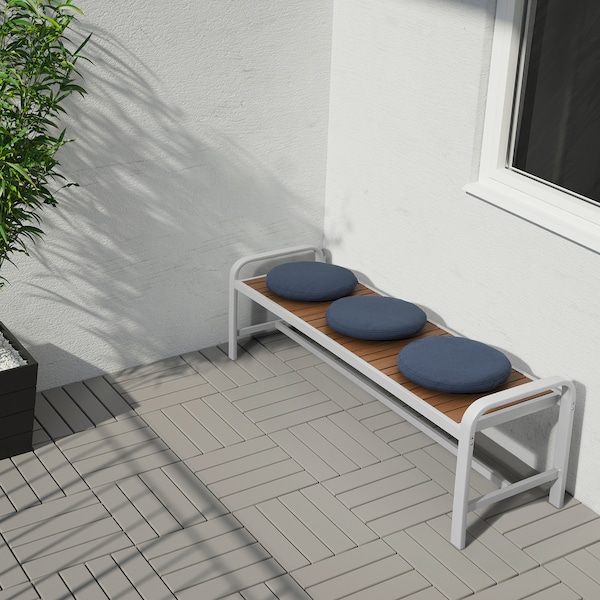 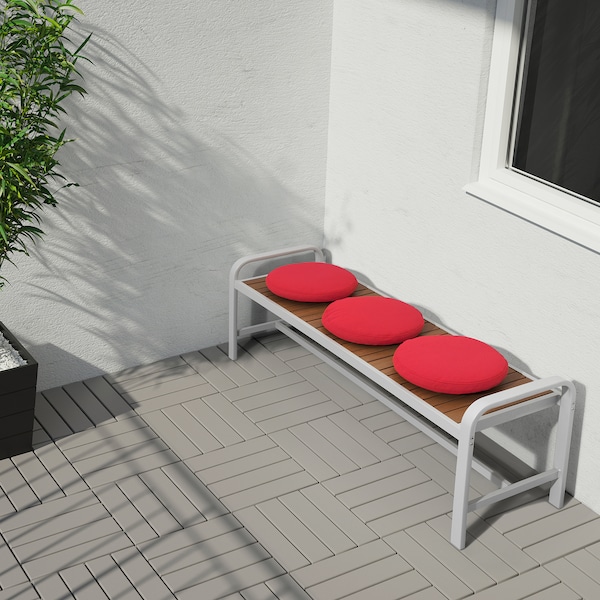 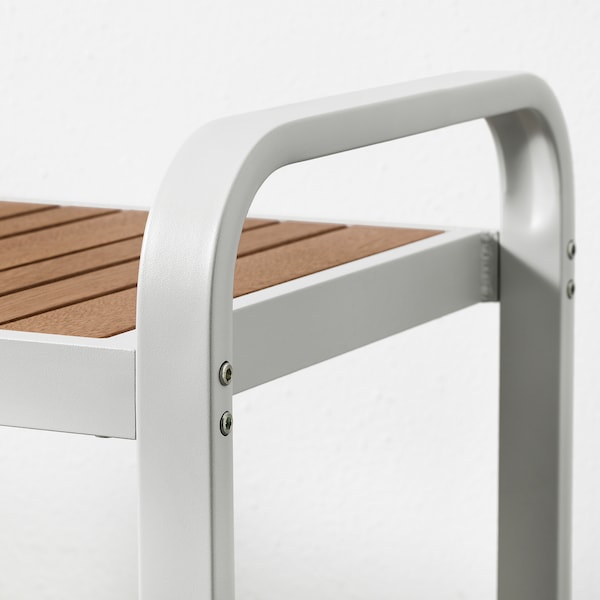 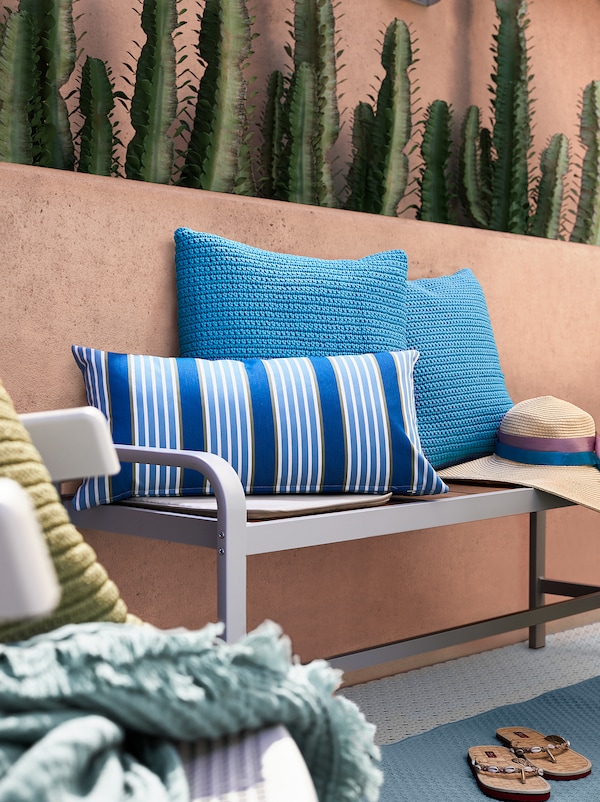 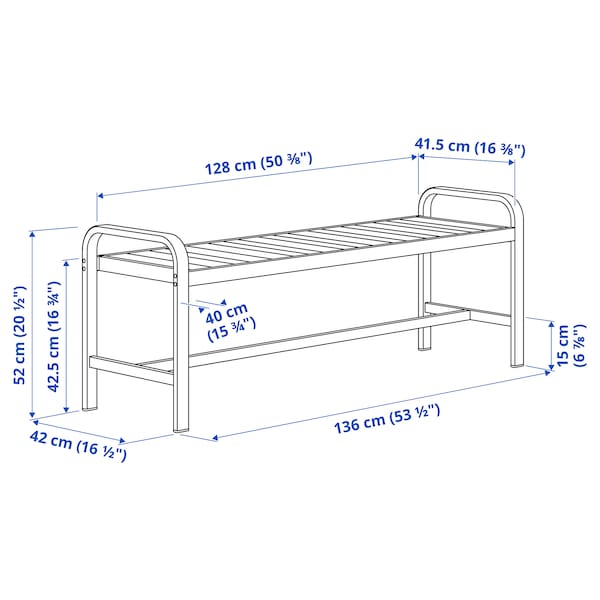 The eucalyptus slats have grain variations and natural color shifts that give the furniture a warm and natural look.You can make your bench more comfortable and personal by adding a pad in a style you like.For added durability and so you can enjoy the natural expression of the wood, the furniture has been pre-treated with several layers of semi-transparent wood stain.The frame is made of rust-proof aluminum which makes it sturdy, lightweight, and maintenance free.Seats 2-3.Only recommended for outdoor use.Can be used with FRÖSÖN/DUVHOLMEN chair pads 13¾", 3 pieces.This bench has been tested for home use and meets the requirements for durability and safety, set forth in the following standards: EN 581.Designer

4.9(16)
Great pieceCAROLGreat piece5
Great value, perfect benchELIZABETHGreat value, perfect bench5
Good looking & efficientHOSUNVery happy with the product5
Easy to assemble, clean andPeaseyEasy to assemble, clean and natural look, fair price, handles weather and looks great indoors as well. Easy to move around. I have 2 now and love them.5
Lightweight benchrgilbert57Bought this about a month ago and like it more and more each day. I'm currently using it as a bench and catch-all in the garden. It's lightweight, making it pretty easy to move around. It's dealing well with the searing heat and the occasional showers. While I'm not sure how well it would do year-round, it does very nicely so far.5
MapygallardoExcellent bench for my patio.5
Lovelyikea_radI placed it on its own by a fence near the table. It nicely complements the dining table and the chairs. It is very easy to assemble.5
Stylish and comfortable!MMBNYEasy to assemble, looks chic in my urban garden. Got the whole Sjalland set -- two benches, 2 armchairs and table. Love it all. Very sturdy and not so difficult to assembly - Really! I've had many compliments from visitors.5
Skip listing 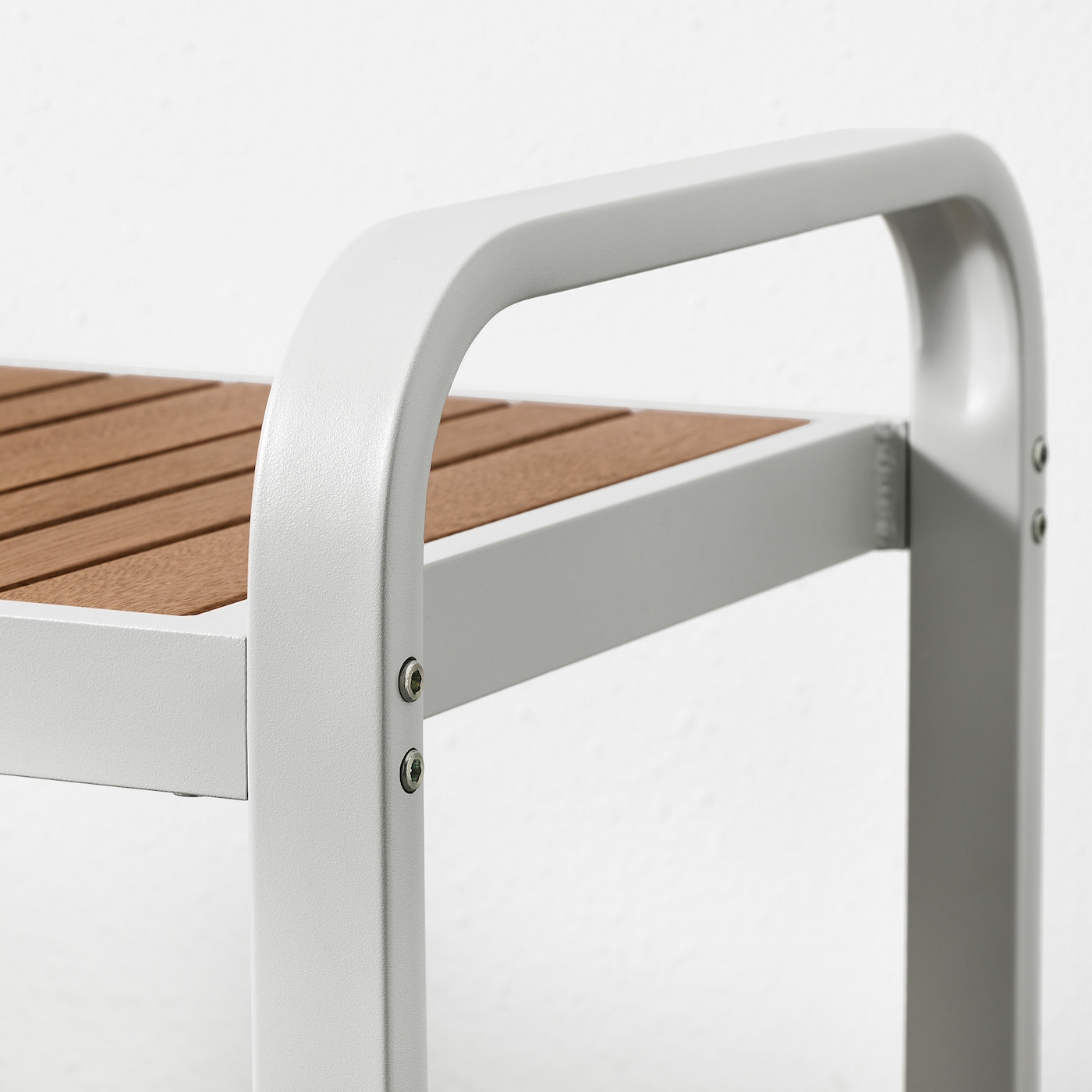 When we want to move life to the garden or the balcony we shouldn’t have to worry about fixing up the outdoor furniture too much before we can relax and go ah… And it ought to be simple to fit the furniture back into crammed garages or under covers when the warm season is over. To get the care-free chairs and tables that most of us appreciate, we created SJÄLLAND. But, when David Wahl, the designer, started working with the collection, he didn’t realize that he and the development team were in for a hurdle-race of obstacles.

When the team finally had most things in place, David made one more discovery. “It’s a bit embarrassing, but I assembled the table incorrectly,” he says. “I took a picture of it, sent it to the team and said ‘Hey, I found a way to put it together the wrong way!’ I think they assumed that I had tested the construction, but I just wanted to see what it looked like with all pieces in place. The table is not hard to assemble, my mind must have been elsewhere, and to my defense I didn’t have the assembly instructions at hand,” confesses David.

Rust-proof, weather-resistant and easy-care aluminum combined with durable hardwood eucalyptus. For maximum protection the wood is pre-treated with wood stain. By re-staining the wood now and then you can enjoy it for many years to come.