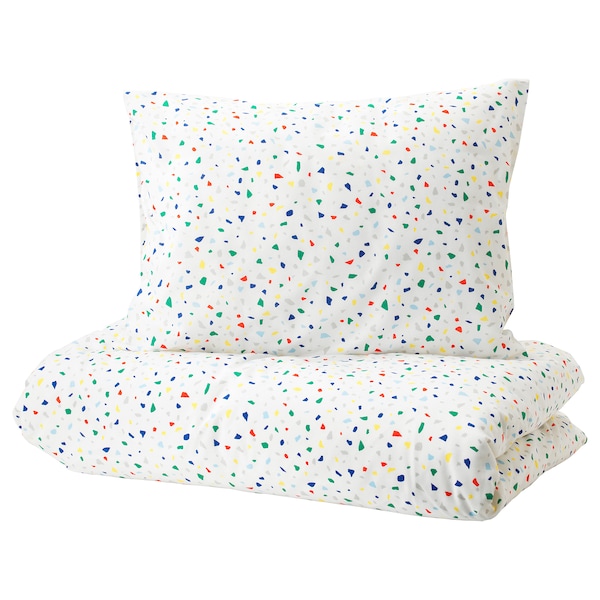 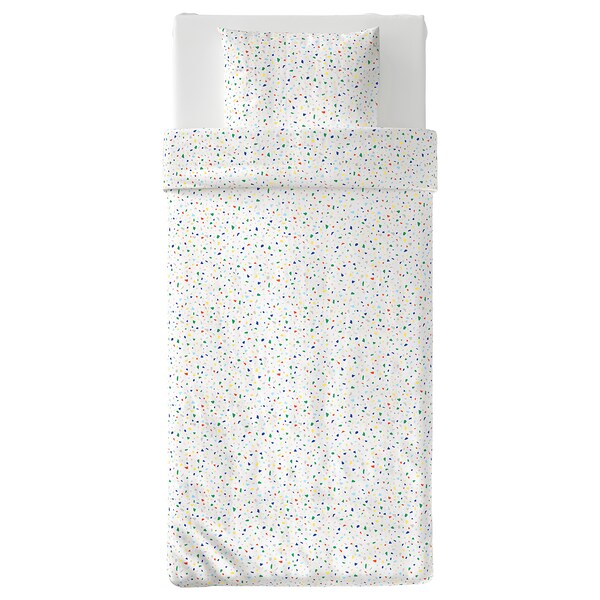 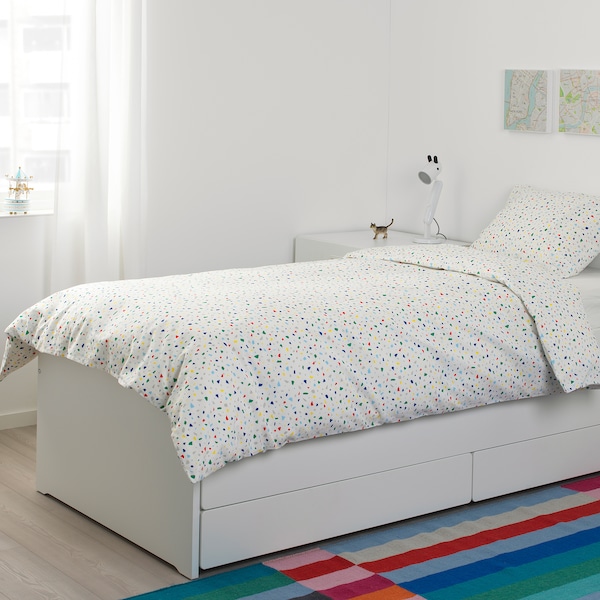 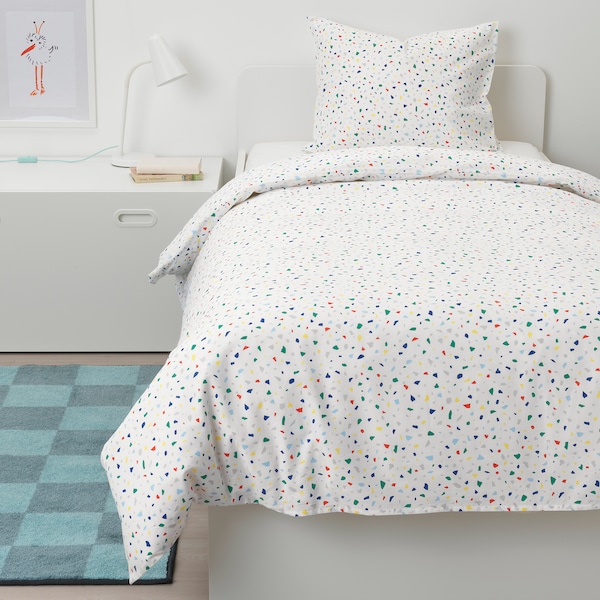 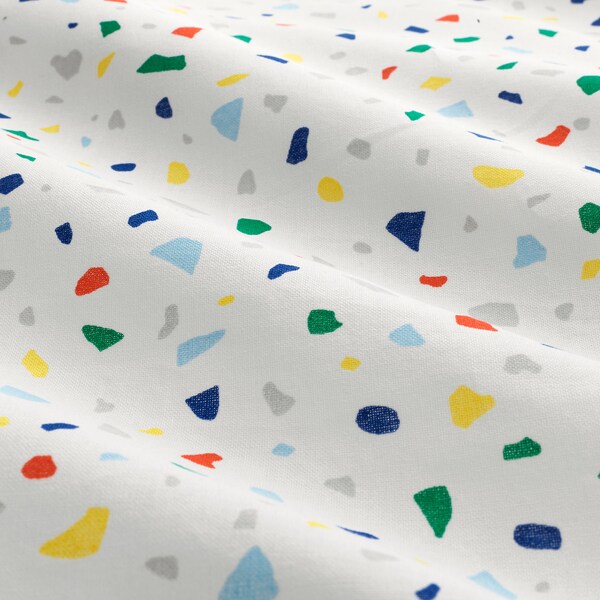 A terrazzo-patterned quilt cover with colorful small squares. Easy to match and is woven from materials made of sustainably grown cotton – a pure, natural material that feels soft against a child’s skin.

Made from 100% sustainably grown cotton, a natural and durable material that gets softer with every wash.Tested and contains no substances, phthalates or chemicals that can harm your child's skin or health.The fabric is tightly-woven, which makes the bedding extra durable.Easy to keep clean; machine wash hot (140°F).Recommended for children 3 years and older.Thread count indicates the number of threads per square inch of fabric. The higher the thread count the more densely woven the fabric.104 thread count.Designer

3.7(7)
Very cute and softjohannaVery cute and soft5
Nice comforter.EHTASHAMNice comforter.5
Daughter loves the print!snguyenBought this a couple of weeks ago. My 4 YO picked it out herself and loves how colorful it is. The opening for the duvet does not bother me. I shake it out every morning to make her bed and the duvet has never slipped out or anything. My only complaint is that the material is not that soft, which seems odd to me for it being 100% cotton. Hoping it will soften up over time and many washes.4
Cheap priceNewyorkmom83Bought 2 of these for my daughter's. The material is very very rough/hard, my 7 year old noticed it (and children do not usually notice these sorts of things). It was cheaply priced and looks good. One of them had a big dead bug on it when I opened he shipping package.2
Good value for the moneysjh555The only complaint I would have is that it is not permanent press - it does wrinkle when washed and dried. Certainly worth the money. 100% cotton is difficult to find for kids items. Colors are very nice. Size is more then adequate. The only thing I would change is making it permanent press.4
Great set for $10!!YulikaFound this on the shelf by accident; none were hanging yet... and fell completely in love with this confetti set! First of all, 100% cotton, which becomes a rarity even in IKEA as I see more and more mixed bedding sets. Second, great for boys' - or girls' - bedroom, all day, everyday. Shrinkage was minimal and material became even softer after wash, but colors remained vivid. The bottom of duvet has no closure, just simple opening, but we already own a few like this and twin comforter stays in without slipping. Perhaps if you are trying to fit Twin XL it may become an issue; otherwise, feels soft, gender neutral and all for $10! :)5
Doesn’t zip or button.. bottom is just openLiv1818I normally love ikea duvet covers! But I ordered this one and it doesn’t close at the bottom? I have 2 already and one zips and one has buttons. This one is just open. No one wants an open duvet slip, your duvet will fall out. It was only 10 dollars but with shipping it made it $20 for a duvet cover that falls off.1
Skip listing

Children need sleep so that the brain and body can grow and recover. That’s why the best thing you can do for your child is to create the conditions for good and comfortable sleeping habits. A quiet and cozy room with a good bed, a mattress that relieves pressure and soft, airy bed linens is a good start. Maybe even a roller blind to block out sound and light. A good investment that helps you and your child sleep well.