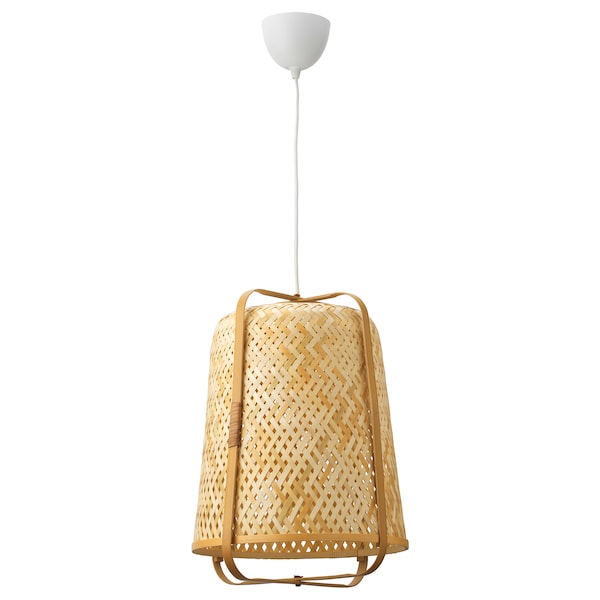 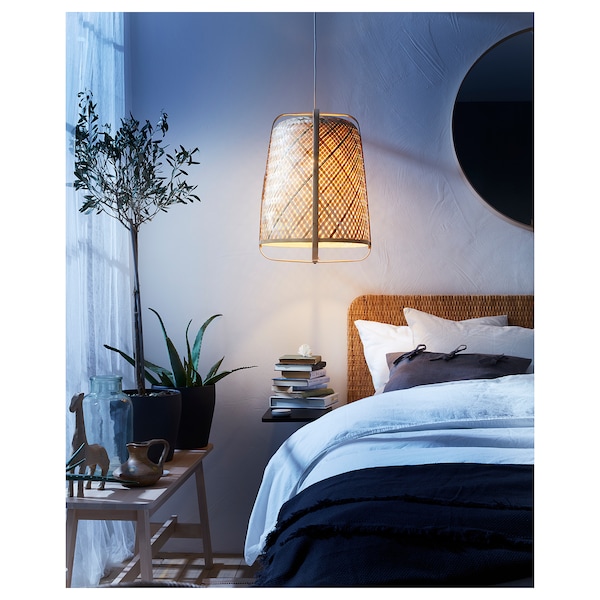 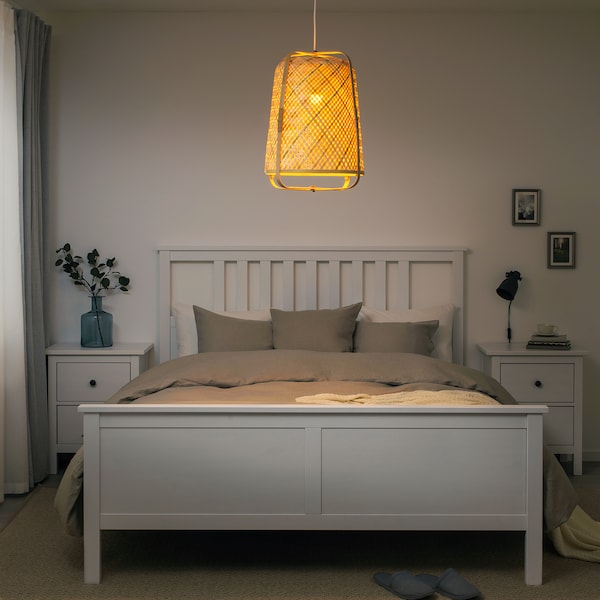 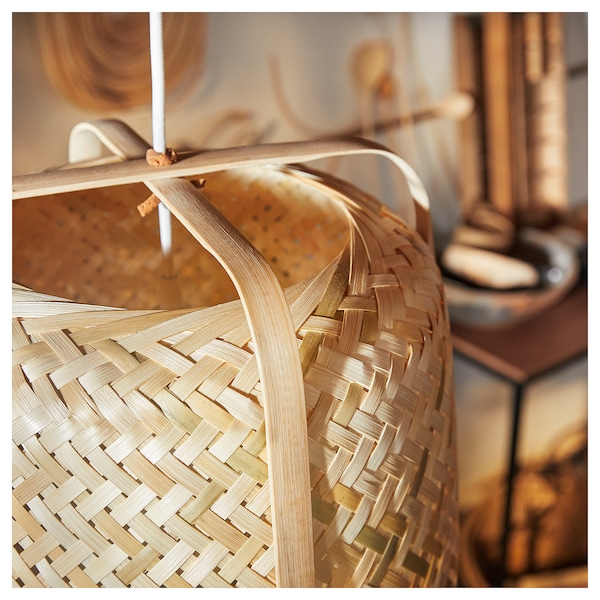 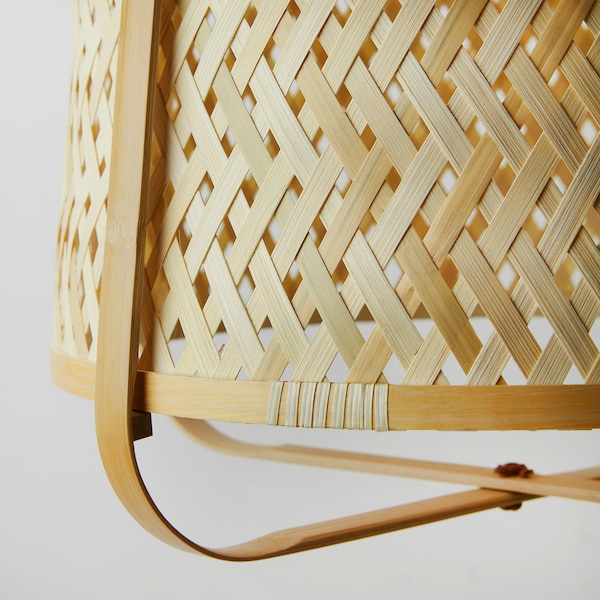 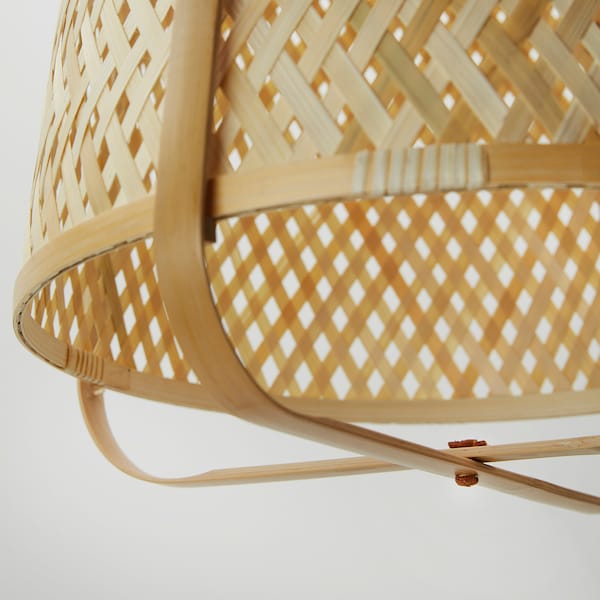 5.0 3 Reviews
The idea with KNIXHULT was to make a lamp with a minimal environmental footprint. By letting bamboo, that otherwise would be discarded, enhance the lamp’s expression, we harness the plant more than twice as much. Read More

Gives a soft glowing light, that gives your home a warm and welcoming atmosphere.

Each lamp is unique since it is made of bamboo with natural color variations and is hand-woven by skilled craftspeople.

When we developed the KNIXHULT lamp series, we let parts of the bamboo plant, that otherwise would be discarded, become part of the expression ― meaning we harness each plant more than twice as much.

Dust the lamp with a dust cloth.

Possible to separate for recycling or energy recovery if available in your community.

"The idea with KNIXHULT was to make a lamp with a minimal environmental footprint. That’s why we chose bamboo – a carbon-positive material which removes more carbon dioxide from the atmosphere than it adds. At the factory, we discovered that bamboo with darker color tones was discarded, so we made a pattern that allows for greater variation. I'm glad we've used a carbon-positive material, harnessed more raw material and made a natural-looking lamp that lasts a long time."

Bamboo is stronger and more flexible than most wood, as it has longer fibers. It can grow up to three feet per day and produces twice as much oxygen compared to other wood species. The bamboo that IKEA uses is ready for harvest after 4-6 years. Bamboo is a grass, not a tree, and does not need replanting. It not only grows like grass, but spreads like grass. 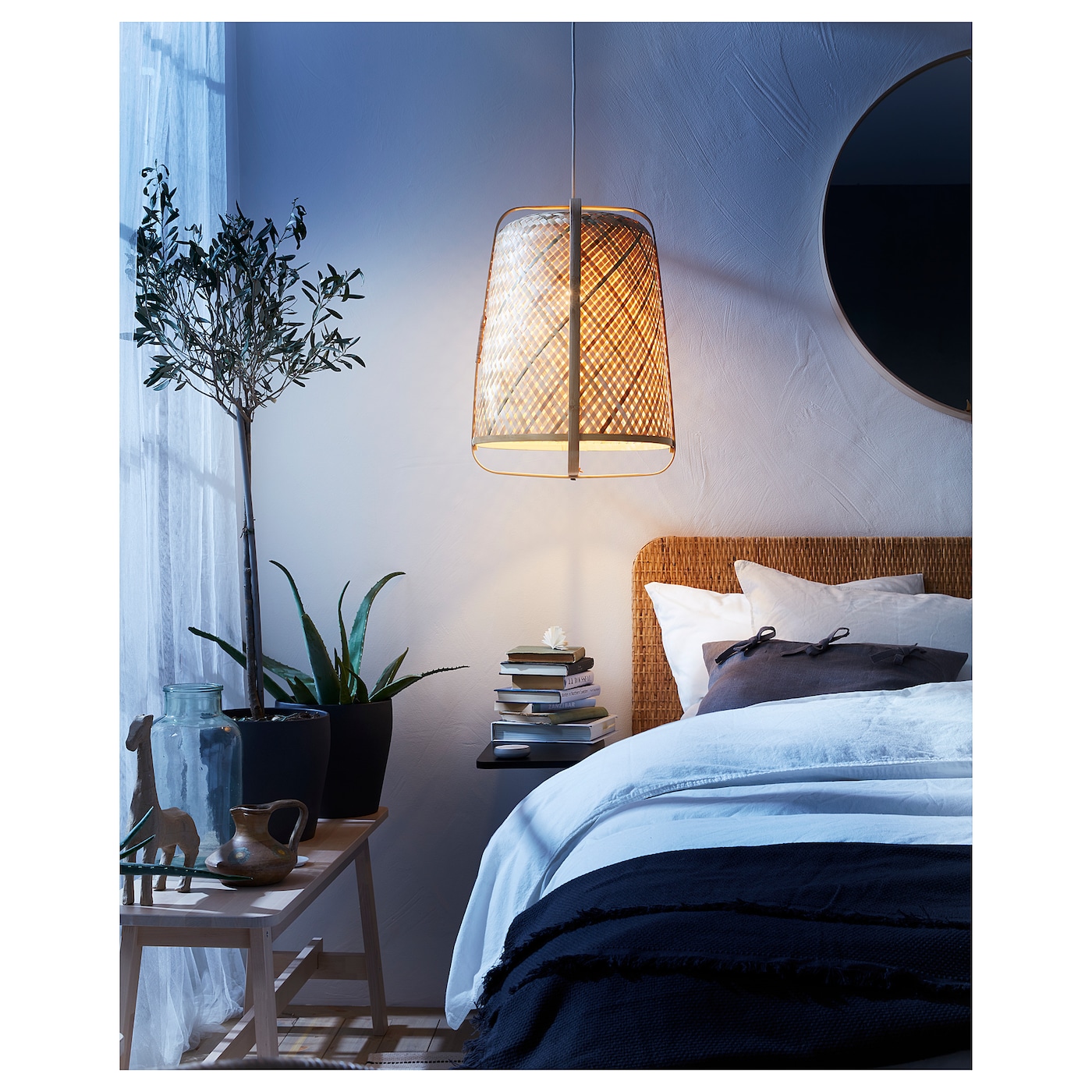 From waste to mood lighting
The KNIXHULT lamp series is made of bamboo and is a small but important step towards our goal of having 100% circular products by 2030. But what does circular actually mean? Among other things, we are to only use recycled or renewable materials, and that all of our products are recyclable. To better understand what it means for a bamboo lamp, we traveled to Vietnam and studied the entire process from growing to weaving. The result – KNIXHULT.
It was with a supplier in Vietnam that product developer Anna Granath and the team realized that less than 20% of the bamboo plant is used when weaving home furnishings. The rest is sorted to be used as fuel. "Often, there is nothing wrong with the quality, the sorted bamboo just has minor color variations", says Anna, who found those variations interesting. "We took a pile of discarded bamboo for test weaving and the result was so beautiful and genuine. It became even more beautiful when the skilled craftspeople at our weaving center took over".

On site in Vietnam, Anna and the team could also adapt the lamp's construction. Not only for it to take up limited space during transport, but for it to be easy to take apart when it’s time for recycling. "The bamboo lamp shade is treated with a water-based lacquer and should be sorted separately, while the cord and lamp holder should be sorted as electrical waste", says Anna. "But before being recycled, of course it will have provided beautiful lighting for many years".

Looking after the earth's resources

For Anna, KNIXHULT became something more than a lamp with nice lighting. The whole project gave her a useful insight. "I think we all need to see the earth's resources with new eyes and question why some of it is seen as waste. KNIXHULT is a small step in the right direction. By allowing a natural expression to shine, we can use 65% of bamboo instead of just 20%."
More Pendants