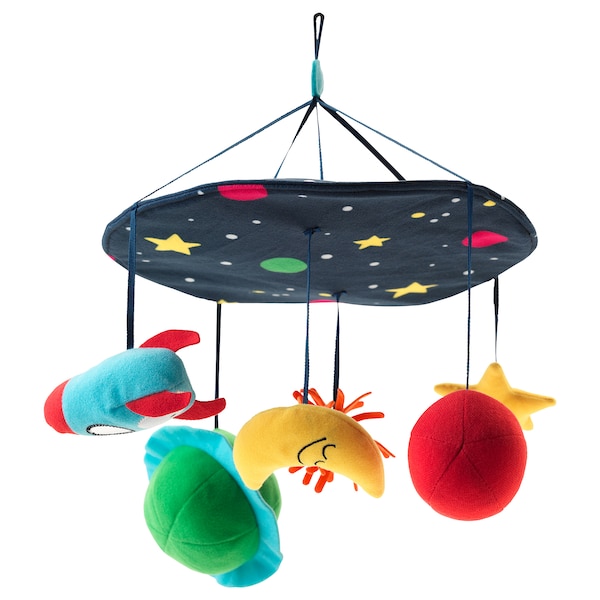 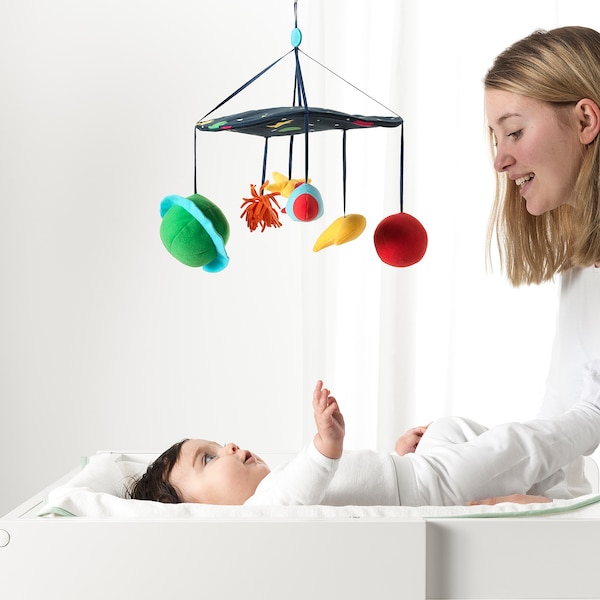 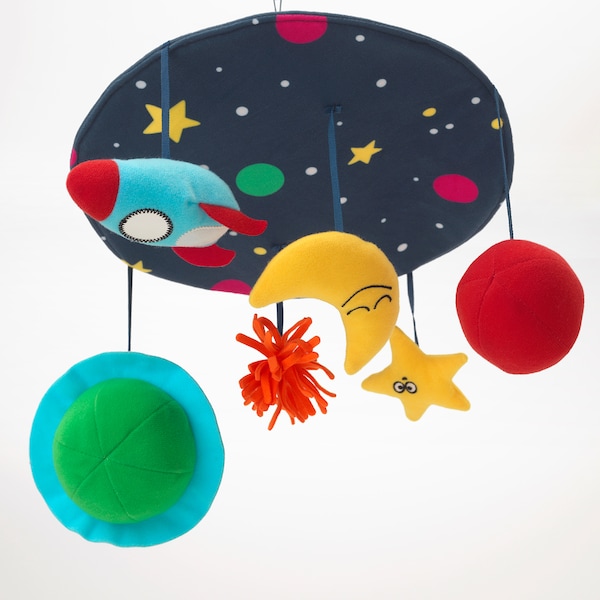 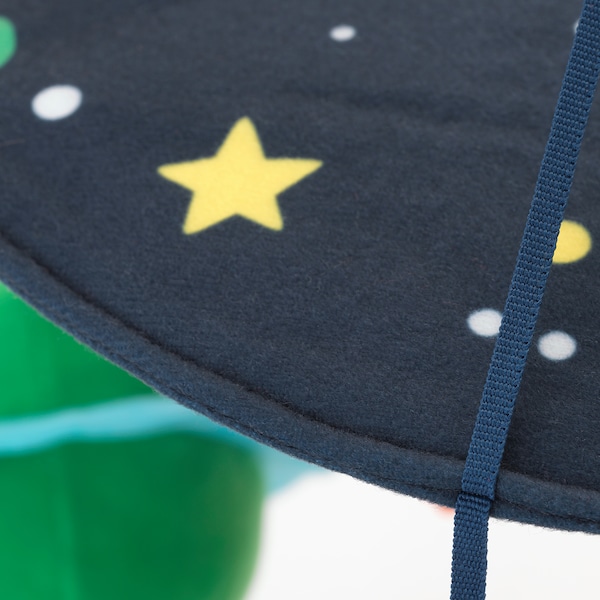 4.8 11 Reviews
Play is a way for your baby to develop their senses and interaction with you and the world. With this mobile from the KLAPPA toys collection, we want to stimulate this important journey of discovery. Read More

WARNING! POSSIBLE ENTANGLEMENT INJURY -- Hang out of baby's reach. Attach to ceiling only. Do not attach to crib, playpen or wall. Play turns us into human beings
Look, touch, push, lift… play is a way for your baby to develop their senses, to get orientated and to try to understand their surroundings. With the KLAPPA toys collection we wanted to develop toys which stimulate this journey of discovery and contribute to the important interaction between you and your baby. From a social context, the child grows through play, and becomes a human being.
When a new born baby’s eyes open for the first time, the central nervous system is still not yet fully developed. The eyes cannot see a distance of more than 7⅞-15¾", about as far away as the nursing mother's face. But by interacting with a variety of impressions, like colors, shapes, touches and sounds, the development of the small child's brain is stimulated. This is explained by researcher Krister Svensson, who has studied children's development, play and learning for many years. "But resting is just as important as the stimulation. The brain occasionally needs rest from the impressions in order to sort it all and relate everything to what it previously registered."

KLAPPA became an entire world of imaginative animals, plants and planets to explore. ”Maybe it’s not that important for the baby that it's a crab looking up at the edge of the play mat”, Malin says. "But it can entice an older child to play with their younger sibling." Krister feels that toys also play an important social function in the child's development. "They act as tools for social interaction between you and your child, and it's you who gives the toys life and meaning." For example, by naming a rattle 'a yellow giraffe', you can talk about it, and when you take turns holding the giraffe, an understanding in the child arises as to how they themselves are a part of a context. Play is based on interaction and is quite simply a necessity for a human being’s development, says Krister. "To become a human being requires interaction with other people."
More from the KLAPPA series
More Baby gyms, playmats & mobiles