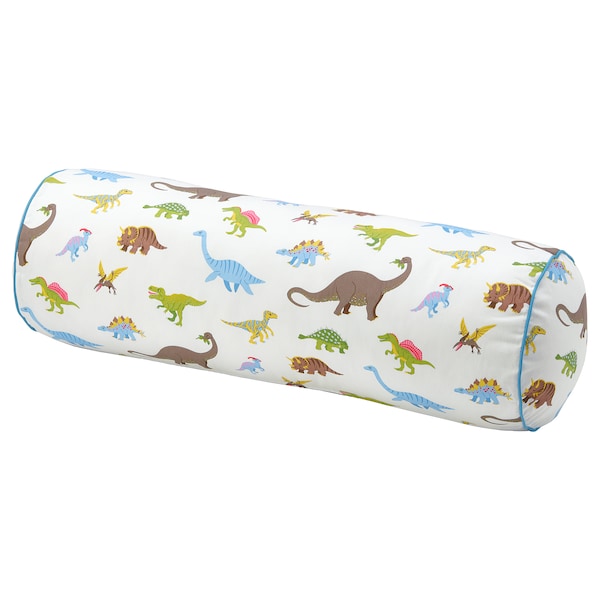 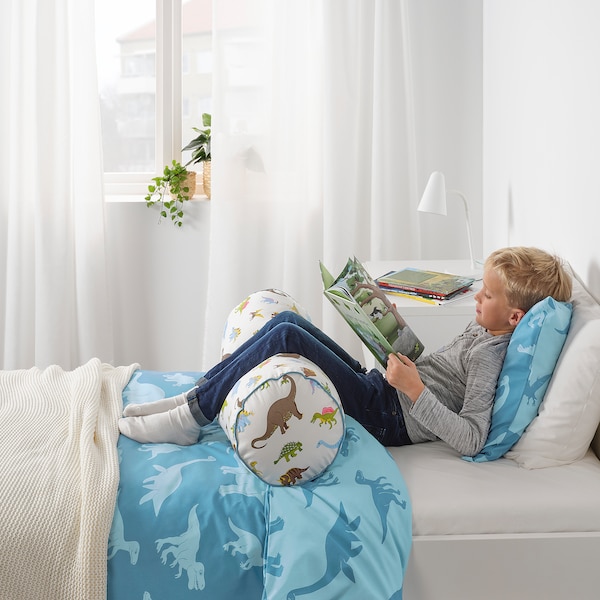 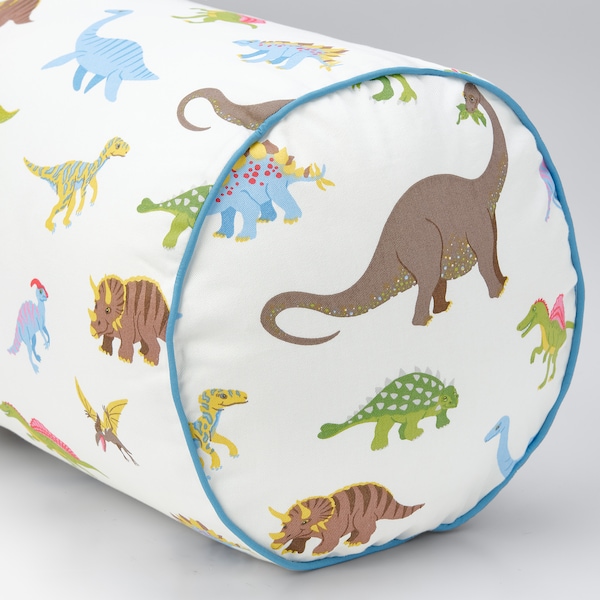 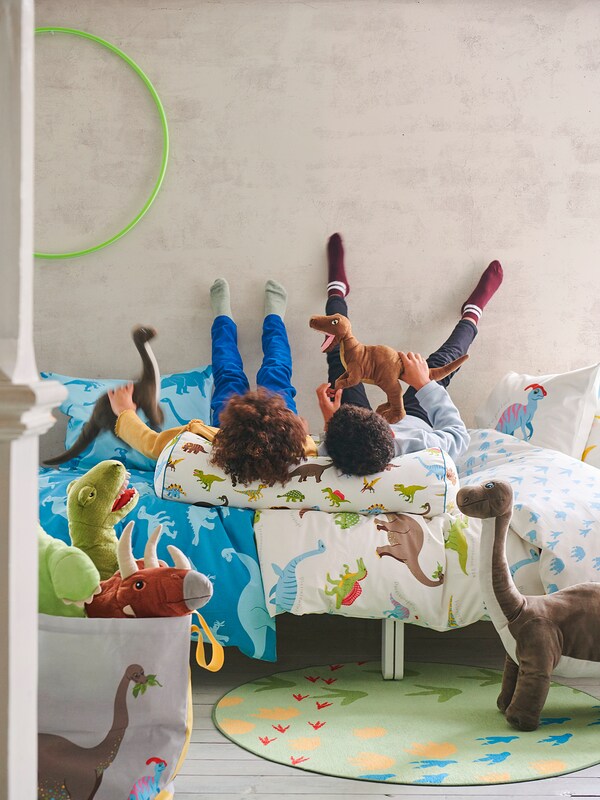 A dinosaur to count on. This firm pillow filled with recycled polyester provides good lumbar support when your child wants to sit and read – and is nice to put under your head when it's time to relax.

The cylinder-shaped cushion provides a soft and nice support for small bodies, heads or feet when it's time to watch TV, read or rest for a while.With some decorative cushions in the bed or reading nook, the children's room feels extra cozy and inviting.The polyester filling keeps its shape and provides soft support for your child’s body.Tested and contains no substances, phthalates or chemicals that can harm your child's skin or health.The zippers on our children's products have no pull tabs. This makes them safer for small children, but just as easy to open for older children.The washable cushion cover is easy to remove since it has a zipper.Easy to clean; machine wash, warm 104°F (40°C).Designer

4.8(6)
Love itALIAI really like for my kid room is so nice and comfortable5
Holds up wellAnonymous reviewerPerfect for toddler playroom5
Super comfortableSheraeBought one for each of my boys and they love it and both agree that it's the best pillow ever!5
Well worth the moneySABRINAWell worth the money5
I like the inside wrappingMar M.I like the inside wrapping material more durable material like fabric.4
Adorable and comfortableKristinI love the Dinosaur print. I love that I can wash the cover and the pillow, since it is for a kids room ;). It is perfect on a bed or on the floor. We use it to lean against during reading time.5
Skip listing

Soda bottles which are nice to hug

Cushion made from recycled plastic? Yes actually. The soft filling in JÄTTELIK cushion actually comprises of 100% recycled PET bottles. The fabric is also woven from sustainably grown cotton. Just like all of our other children’s products, it is also free from substances, phthalates or chemicals that can harm your child. JÄTTELIK is for all small dinosaur lovers. Those who can easily best us adults when it comes to facts about the eating habits of Tyrranosaurus Rex, and who will tell you that a Velociraptor could run 30 miles per hour. But what is it about dinosaurs that fascinates some children so much? What makes them memorize an incredible amount of facts – and very long names? We had the help of an expert to understand better.

Lina Bodestad is a licensed psychologist specializing in children’s development. She believes it is the combination of reality and fantasy that makes these prehistoric beings so intriguing. “Dinosaurs have animal-like qualities that the child can relate to, but they also stimulate the imagination with their fairytale qualities. Like being able to fly like a dragon or having sharp monster teeth. When the lines between reality and fantasy become blurred, a child can feel a tingling sensation of curiosity and excitement.”

But it's not all about diving into an exciting and magical world. For children aged three to six, there is often a need to systematize their surroundings, like when they sort their toys by color. “There is something thrilling for children of these ages about collecting facts and understanding how things are connected and can be compared and categorized. The world becomes a little more understandable", Lina explains.