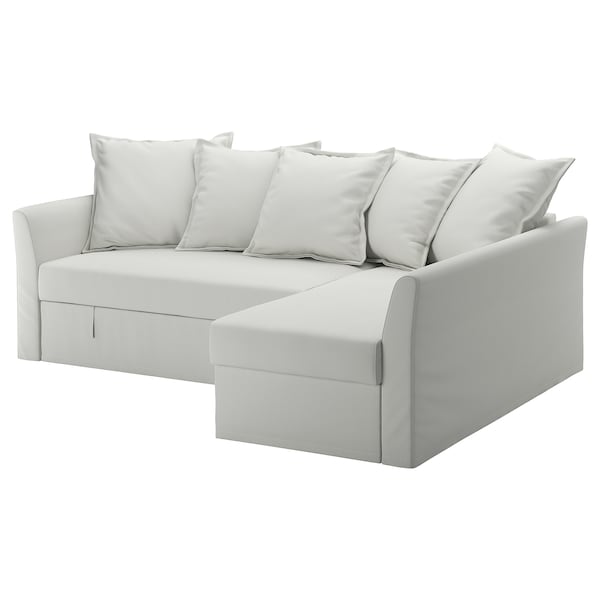 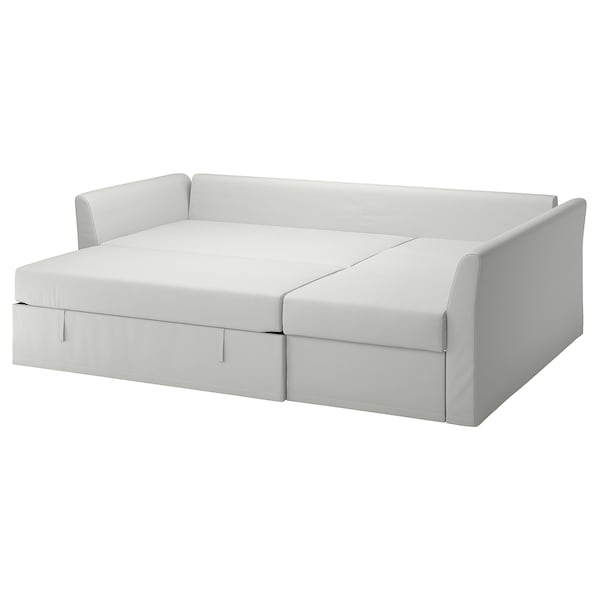 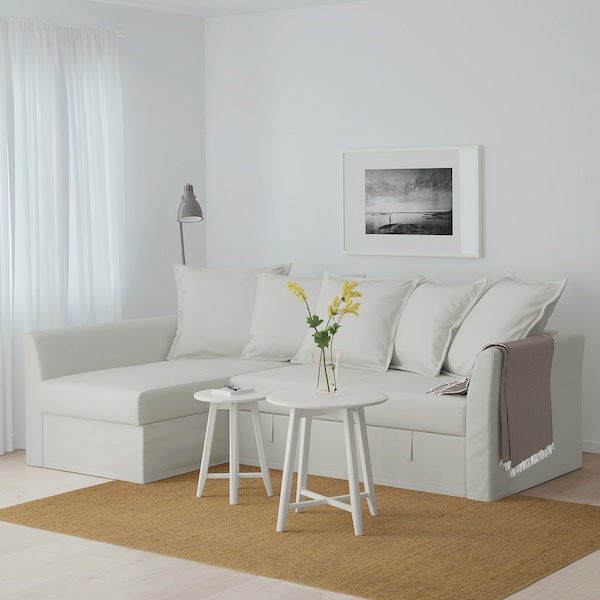 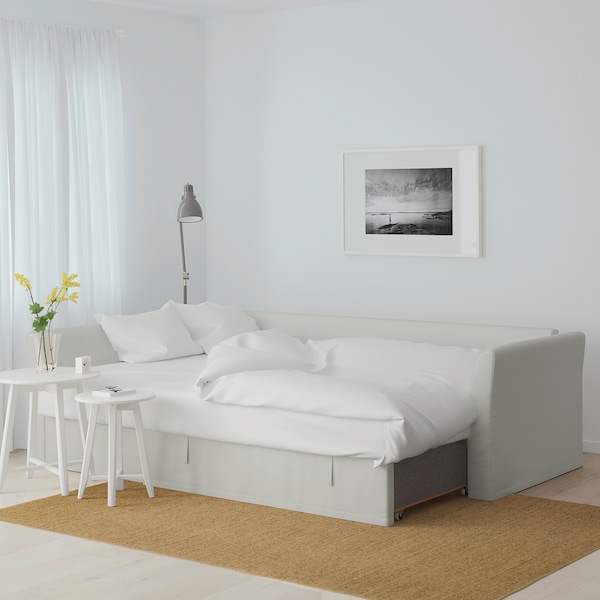 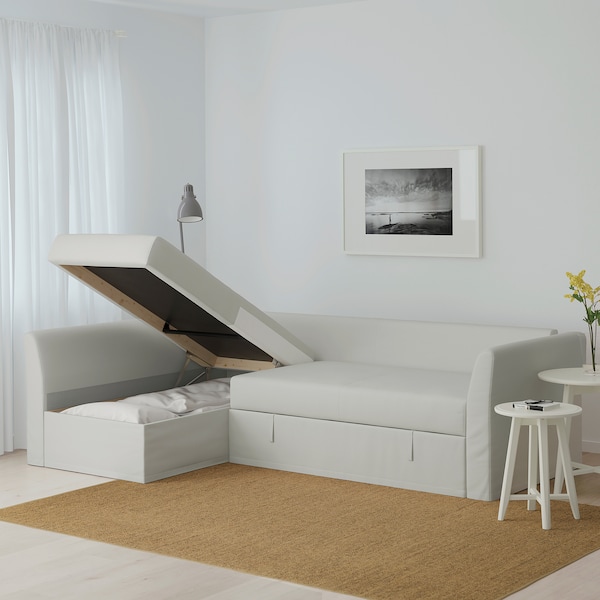 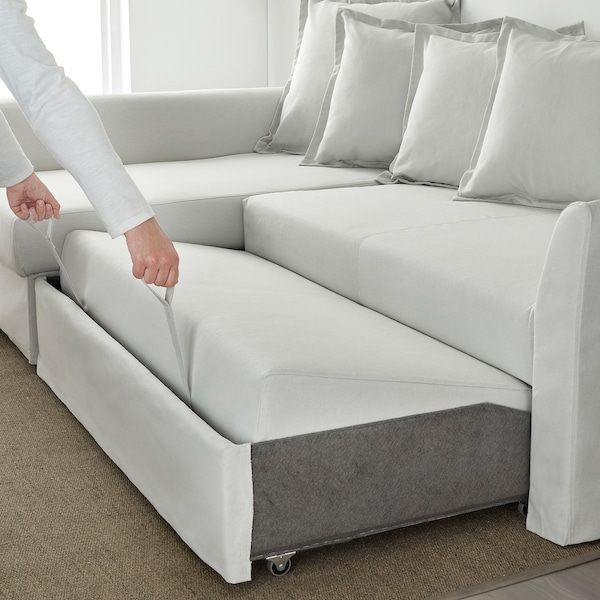 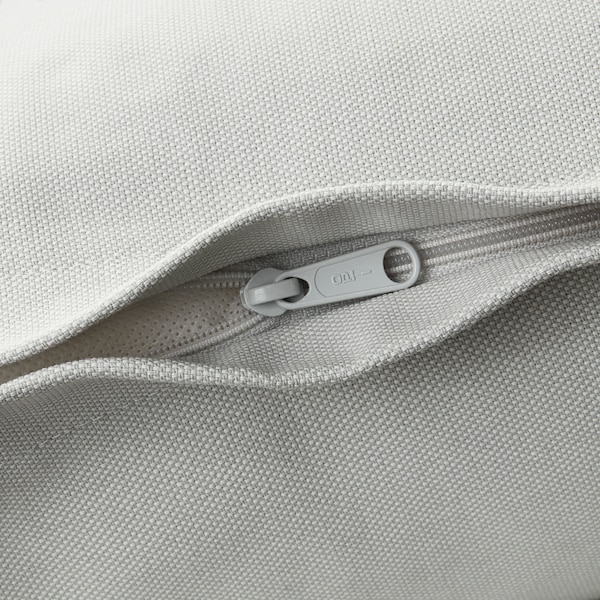 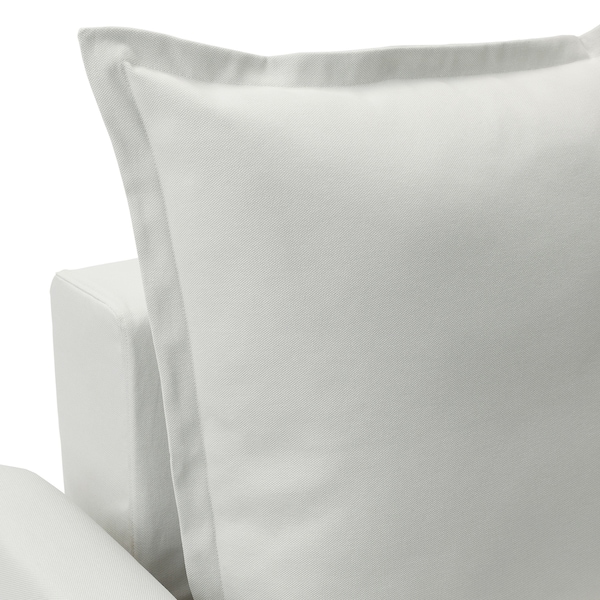 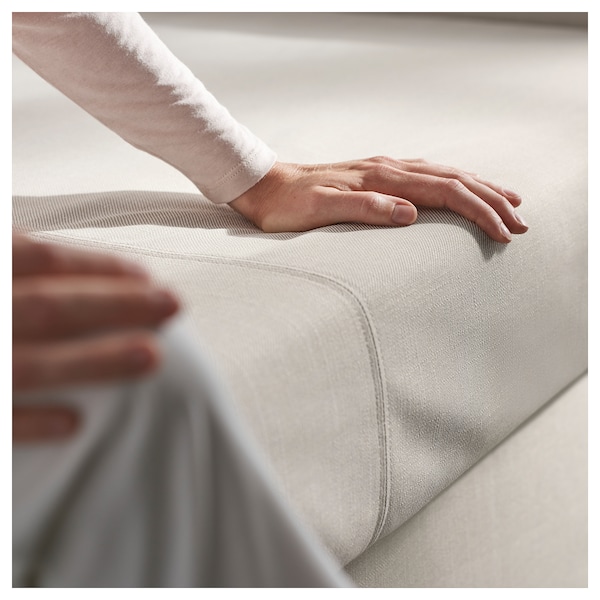 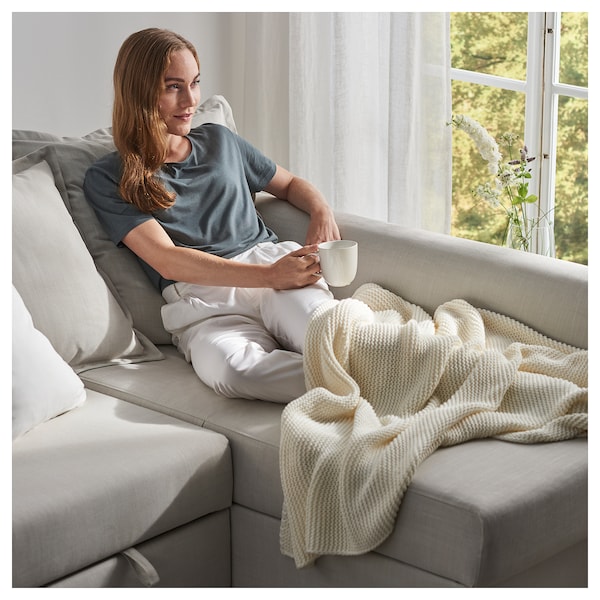 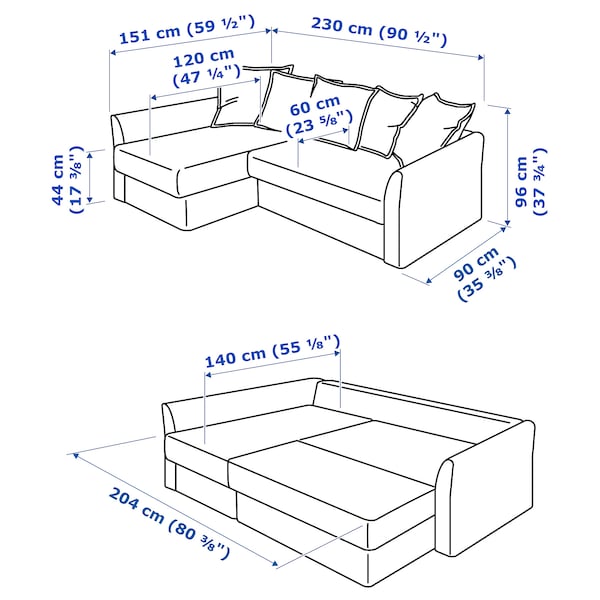 This sofa quickly and easily transforms into a spacious bed – and turns the living room into a bedroom. The storage space under the seat is easy to access and has room for bedding, pillows and a good book.

Storage space under the chaise. The lid stays open so you can safely and easily take things in and out.

You can angle the loose back cushions any way you like, and adapt the seat depth and back support to suit your needs.

You can place the chaise section to the left or right of the sofa, and switch whenever you like.

The cover is easy to keep clean as it is removable and can be washed.

This sofa converts quickly and easily into a spacious bed when you remove the back cushions and pull out the underframe.

Durable, cotton and polyester cover with texture and a soft feel.

10 year Limited warranty. Read about the terms in the warranty brochure.

The seat depth and total height depend on how you angle the loose back cushions.

5 back cushions are included.

This cover's ability to resist abrasion has been tested to handle 20,000 cycles. A cover that withstands 15,000 cycles or more is suitable for furniture that should withstand everyday use in the home.