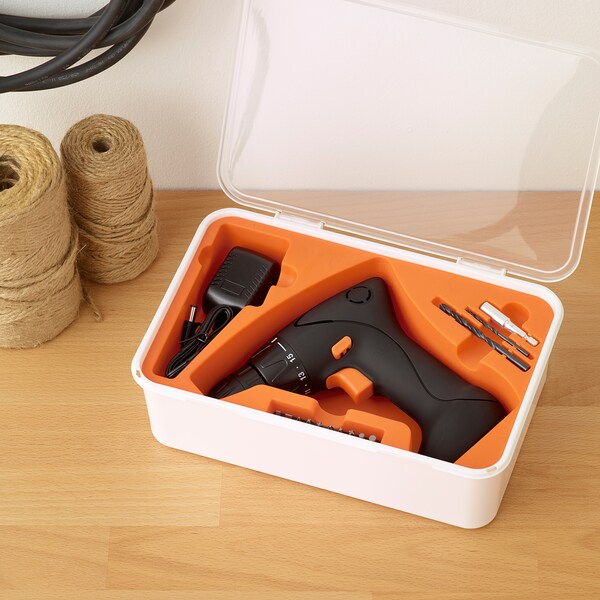 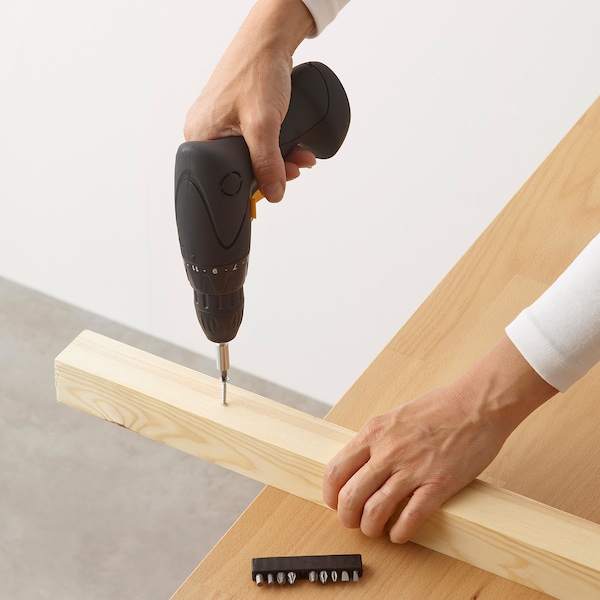 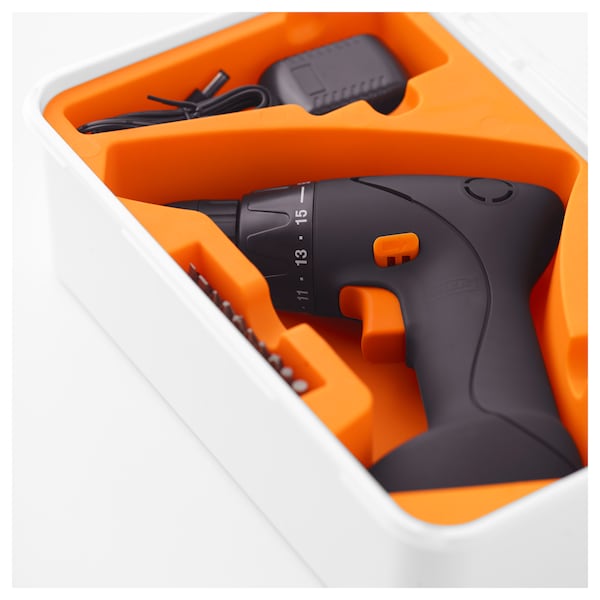 The FIXA series has all the tools and equipment you need to get your home just the way you want it. Complement the tools you already have or build a DIY starter kit for all your future projects.

4.7(46)
Works fantasticallyS BegumThis is a great item we bought. We needed it.5
Nice Drill.Pia45Good drill. Very useful when I assembled a flat pack cabinet.5
Great toolToolaholicVery pleased so far . Much better than my branded predecessor tool at twice the price5
Best thing wr have bought for a whileFivefootfiveGreat little tool to have; charges up quickly, is way more powerful than you would think and has managed to do all jobs we have used it for effortlessly. It wont replace a decent drill for heavy duty work but as a general tool its great. Well worth the money.5
Small cordless drillTip 1A lovely bit of kit: I’ve found it to be really useful for loads of DIY jobs that didn’t need large more powerful tools.5
Perfect tollana1bichoPerfect toll for my diy projects. I’m absolutely in love with it! Great value for money5
Screwdriver/DrillSue DawsonMy husband has had one of these screwdrivers for a few years and it has been very useful over the years. Its battery wasn't keeping charge for very long so we decided to replace it with a new one. Excellent easy to use screwdriver and a very good price too. Value for money 10/105
Good toolA I TVery versatile and useful putting shelves and drawers into wardrobe.5
Very useful screwdriverbrave1This one is perfect for women who never learned how to use the screwdriver before. The one I tried to learn before was a very powerful one and it made me scared of screwdriver. This one is so simple and has an average speed. So easy to use. Perfect for women to screw the nails to hang up the pictures or to assemble the diy furnitures. Good thing was that it was not so powerful that it stopped to screw further when there was a hard material on the wall. With this screwdriver, I could assemble the complicated towel rail furniture as I had to make a hole to fit the nail in the right place. It is only £19 and is worth it to have one. Only one problem is that it doesn't stand on the floor due to its design. But it is a minor problem. Very happy to have one!5
GoodMad88It’s great for light work.4
Grate performance.Chloe 21Grate to use and good performance and reliability is great.5
B987A good starting point but needs a few bits to mean it can be used as a drill proper. The bit doesn't make a hole big enough for small wall plugs sold in the set at Ikea.3
ScrewdriverBev24I was fed up waiting for my husband to do few odd jobs, so decided to buy this & glad I did !! Don’t have to wait fir him !!!5
Great itemHeronlenI am surprised how great this item is. It is very powerful and has a torque adjustment. I didn't expect something that feels so professionally built for the price.5
battery screw drivercadetsGreat peace of kit. Does what i needed to do5
Electric screwdriverMeme 55Brill.....not too heavy and it does the job5
Works straight out the boxStevehannanNeeded to put together some ikea furniture and this little wonder worked so well and even had a full charge so I could start the minute I got home .5
Does what it says...RachyDGreat drill and screw driver. I’ve drilled many of holes (in my walls) and has absolutely no problem. The drill holes charge great. * thumbs up!5
Brilliant electric drillPaulLarWonderful. I normally use a screwdriver and take for granted that I would get red, raw hands by the end of the assembly. This screwdriver changed everything. It was quick. Did the job perfectly (I assempled a bed frame). I was very pleased.5
Does the jobLizzieePerfect for odd jobs around the house4
Skip listing

FIXA cordless power tools run on lithium-ion batteries, which can be recharged about 500 times. That's equal to recharging a power tool every other week for around 20 years! The batteries have a low self-discharge rate and the Electronic Cell Protection (ECP) protects against deep discharge, overloading and overheating, which could damage the battery. What all this means is that FIXA cordless power tools are fit and ready for work whenever you need them!