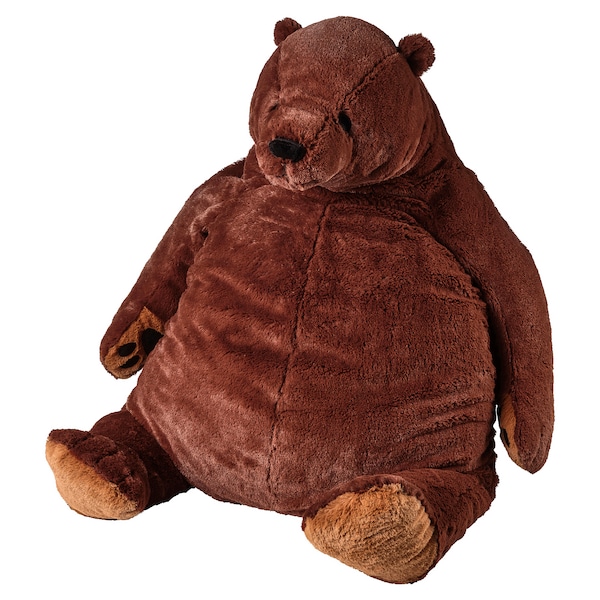 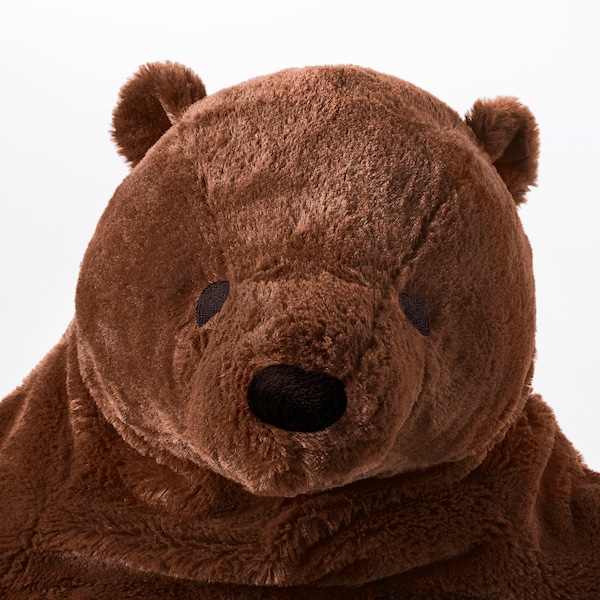 This big brown bear always greets you with open arms. Cuddly like no other and with a lovely giant stomach where you can feel safe resting - in other words, a real softy.All soft toys are good at hugging, comforting and listening and are fond of play and mischief. In addition, they are reliable and tested for safety.Recommended for ages from 18 months.Designer

4.9(69)
cuddly, life sizeyvonneSuper soft fur, large and cuddly.5
DjungeglskogLindaExcellent toy for my 20 yr old granddaughter5
My son just loves this big guyLesleySon received for Christmas, he has wanted one for ages. Just loves him5
GorgeousCleaI was asked to buy this for my son. He loves it. It is incredibly soft and cuddly and it's HUGE!5
Very cuddly!KatrinaCuddly and soft. Best plushy toy!5
Beautiful soft toy with realLeanneBeautiful soft toy with real character5
Glorious bearEstherDjungelskog was worth every dollar. He’s fun to dress up and brings a whole lotta personality to the room.5
The most precious boyBettyI am an adult woman who bought this purely because he’s the most beautiful boy I have ever seen. My husband doesn’t appreciate that I find him slightly more huggable than him, nor that he is sprawled out on our bed instead of him 90% of the time, but I think he’s slowly coming to terms. Nobody who encounters the Djungelskog can resist his charms. He’s a delightful friend5
I love DjungelskogVincentDjungelskog is soft and lovely :)) very cute! Best use of my $355
I love himJaricThe cutest dang bear ever5
I love DjungelskogRubyYou just can’t help but smile when with him. He looks so dumb and cute. I highly recommended5
cute and valuableMargaretWorth the money but delivery was a bit pricey !5
god i love him so muchstaticcolanone of the previous reviews are exaggerating one bit he is so large, so soft, just a little sparkly, and so kind looking i was worried that he was being hyped up too much and that i would end up a little disappointed, but i have never been more happy about a soft toy than now please get him, he's absolutely worth it5
I LOVE HIMAprilWintersI am leaving my husband for this toy!5
DJUNGELSKOG CHANGED MY LIFEIllumin8I bought this from a 3rd party because it was out of stock for $211. It is worth every cent. It soft boy, it plump boy, it best boy. I would recommend you purchase this at any price.5
THICCCCCSshollowwI was bought the djungelskog for a present and oh boy he doesn’t disappoint! Thicker than a snicker and extra cuddly. Oh lord he coming size bear 10/105
Hugging FriendLycos GirlfriendMy dog, Mr Lycos junior, loves hugging his friend and always keep beside him the problem is two are similar chocolate colour and similar size too so sometimes I am confusing which is a toy and which is a real dog. Both of them are lovely.5
He’s perfectPaige96An Internet icon and he’s so BIG for the price, love him.5
More than just T H I C CForeverAloneThis bear so thicc, if you take him outside people will mistake him for a solar eclipse. But Djungelskog is more than just a replacement for your anti-depressant medication, he has a cool feature no-one is talking about. You know how when you sit him down, his head droops like he’s had one too many on a Friday night with the bois? Well Depression Ending Bear was designed really well, because this head-droop is actually in the perfect place to rest on top of your head. His massive tum tum makes the perfect pillow to cry into, but his head is also perfectly situated, and has enough heft, that he can provide you with a semblance of the feeling someone loves you. Kind of like when you fill a glove with rice and tie it off in the end, and stick it in the microwave for a couple of seconds, and rest the glove on your hand to pretend someone is holding your hand. So go get yourself a friend today. It’s a small price to pay for Djungelskog.5
I love himClea VioletVery soft and cuddly <3 Glad I bought one5
Skip listing 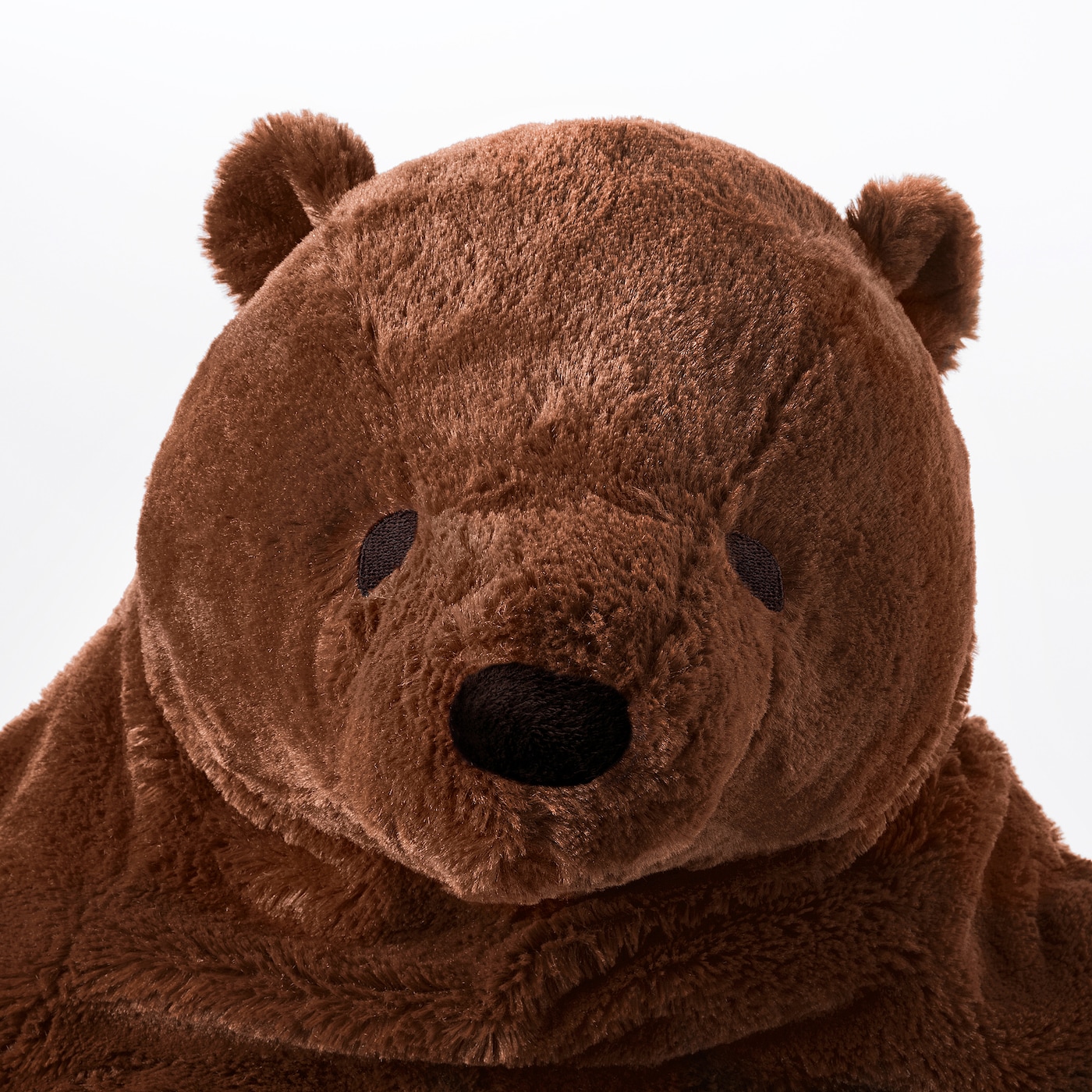