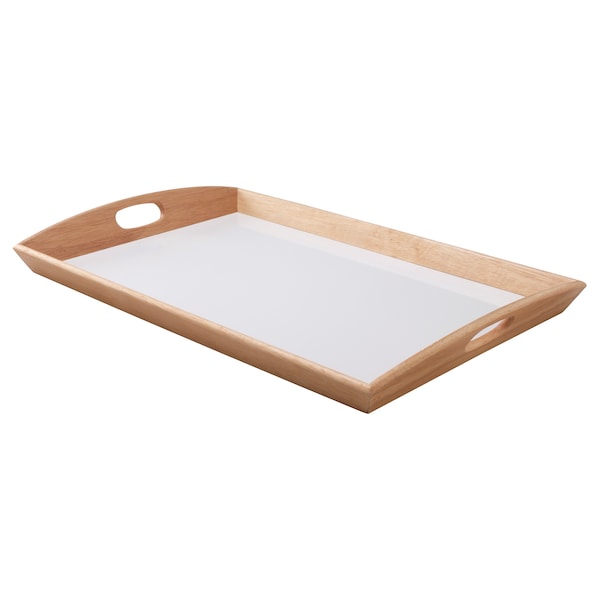 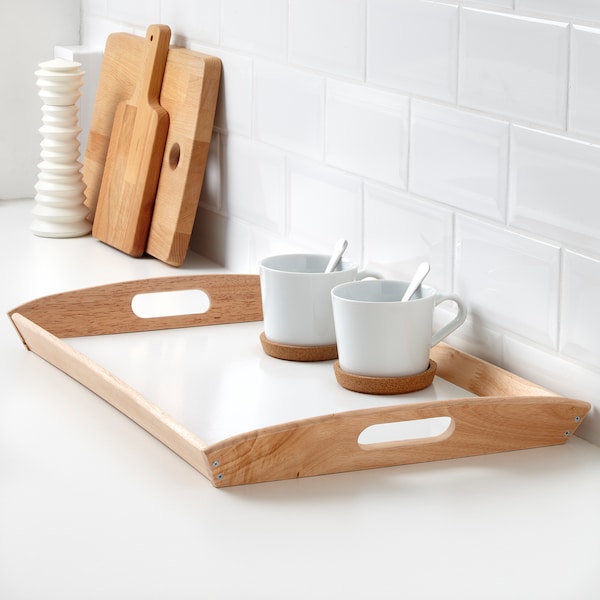 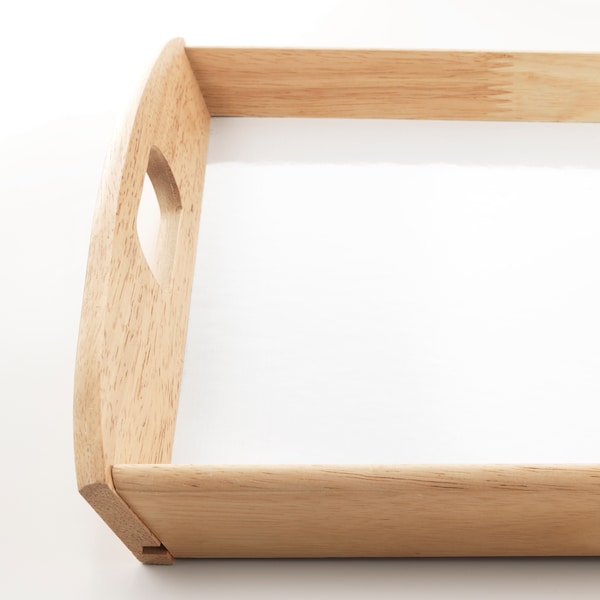 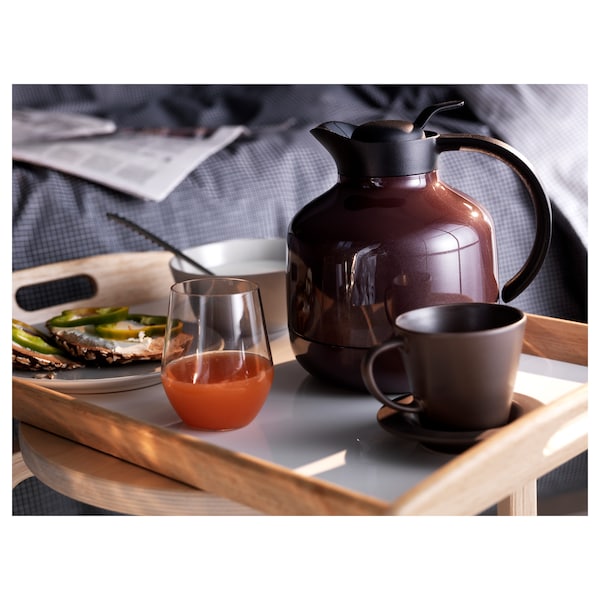 Surprise someone you like with breakfast in bed. The handles on KLACK make the tray simple to balance going up or down stairs and easy to place between duvets and pillows. And the edge helps avoid spills.

Perfect to use as a breakfast tray or when you want to enjoy a cup of tea while watching TV.The protective edge keeps your items from sliding off and makes the tray easier to carry.Designer

4.7(87)
PerfectMattI needed a tray to hold a coffee maker and supplies, and this is perfect. It doesn’t move, but it cleans up easily and the sides prevent spills from damaging the table top.5
TV Dinner Tray or Serving TrayKennethGood size, but not great due to slippery surface, should have something with some grip.4
Great sizeLyndaGreat for hauling all dishes out to deck5
Like itANITALike it5
NiceQUEENIEIt’s pretty and functional5
Klack TraysCindiI bought 2 Klack trays several years ago and on a recent trip to IKEA I saw them again and bought two more. We use them for eating our supper when PBS NewsHour is on. I gave my neighbor Klack trays for Christmas because she and her husband have the same habit. I bought the new ones to take to our second home for exactly the same purpose. They are perfect trays for watching the news or a movie.4
Perfect for easy hostingWENDYBought these to get supplies from the kitchen to the deck. Heavy pitchers, handled it no problem.5
Great value and quality! IMaryGreat value and quality! I bought this item as a birthday gift for one of my children along with other items to place on the tray.5
I love it coz ofGirijaI love it coz of it's size and color ..it's perfect for having breakfast in bed on a weekend...4
Serving TrayCrystalSimple, functional, inexpensive. Used to organize items on coffee bar (really just big kitchen cart). Fits perfectly and EASY to wipe of spills.5
Works great with my decorKiaraWorks great with my decor5
super cuteJosiesuper cute5
Durable and beautifulJenniferGreat for shuttling stuff from kitchen to table, surprising people with breakfast in bed, and holds up when using it as a shield during nerf fights. Light enough to use one handed while still firing at your opponent. Also contains the liquid from the spilled hot cocoa on said breakfast-in-bed, plus the overuse of syrup, saving blankets from a sticky demise.5
ClassicKIMClassic5
A giftAPRILA gift4
For familyLaverneFor family5
very handy trayJAYgood value5
GRAND THEY HOLD SOME STUFFMOLLYGRAND THEY HOLD SOME STUFF GREAT QUALITY5
LoveSkyeWe use these not only as breakfast trays but writing trays and even carved pumpkins on them.5
Initially, great!JennieThis is the second of these trays that we've bought and used regularly. However, the first one loosened up along one of the seam lines, making the tray less functional. So far, the second seems to be holding together far better,4
Skip listing