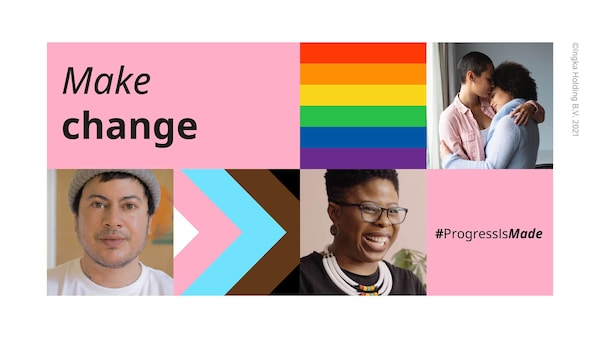 Corporate newsEquality, Life at homeMay 26, 2021Last edited: September 29, 2021
To celebrate Pride month and push for greater progress toward LGBTQ+ inclusion, IKEA U.S. will offer limited-edition Pride products as part of its newly introduced #ProgressIsMade campaign, with a portion of proceeds benefiting GLSEN from June 1 to 30, 2021.

CONSHOHOCKEN, PA, May 26, 2021 – As a humanistic and values driven company, IKEA U.S. is committed to advocating for a more fair and equal world where all LGBTQ+ people feel welcomed, respected, and appreciated for who they are. To celebrate Pride month and push for greater progress toward LGBTQ+ inclusion, IKEA U.S. will offer limited-edition Pride products as part of its newly introduced #ProgressIsMade campaign, with a portion of proceeds benefiting GLSEN.

From June 1 to 30, 2021, IKEA U.S. will donate 30% of the retail price from each sale of the STORSTOMMA rainbow bags and ENEBY rainbow speaker covers to GLSEN, Inc., up to $50,000*. The charitable partnership is dedicated to supporting LGBTQ+ inclusion in K-12 schools by providing space for students to learn and grow without bullying or harassment.

“LGBTQ+ inclusion is an issue very close to our hearts and we want people of all sexual orientations and gender identities to feel at home – not just at IKEA, but everywhere,” said Samantha Giusti, Chief of Staff & LGBTQ+ Co-Worker Resource Group Co-Chair, IKEA Retail U.S. “This year, we honor Pride month by acknowledging the progress that’s been made on LGBTQ+ inclusion and bringing awareness to the actions we can all take to push progress further. Because progress doesn’t happen by accident, progress is made when we all work together.”

“At GLSEN, we are clear that it’s because of LGBTQ+ people and our allies moving together and partnerships like this that generously resource organizations like ours that we can work to make the world a safer, affirming, and celebratory place for LGBTQ+ children and young people,” said Melanie Willingham-Jaggers, Interim Executive Director at GLSEN. “In addition to financially supporting our organizations’ important and vital programs and initiatives, brands like IKEA can reflect the brilliant, beautiful and powerful breadth of our community. It’s because of LGBTQ+ people and our allies that focus the power, reach, and influence of brands to lift up our community.”

The IKEA #ProgressIsMade campaign also highlights eight actionable tips that everyone can follow to become stronger allies for all LGBTQ+ individuals in our everyday lives, such as making a habit of sharing personal pronouns in work communication or on social media profiles.

A humanistic and values driven company, IKEA believes that equality is a human right no matter your ethnicity, race, gender or sexuality. IKEA has a long-standing history of supporting equality of LGBTQ+ individuals, including being the first brand to feature a gay couple in mainstream advertising over 20 years ago. IKEA firmly believes that everyone has the right to be treated fairly and to be given equal opportunities regardless of their sexual orientation or gender identity. It actively aims at creating a fully inclusive work environment, contributing to a positive change in all areas of its business and in society.

Since 2019, IKEA U.S. has donated $100,000 to support LGBTQ+ organizations through the sales of Pride products such as the STORSTOMMA carrier bag. IKEA was proud to join the Human Rights Campaign and 200 businesses on an amicus brief in 2019 to advocate for Civil Rights Act protections for members of the LGBTQ+ community. IKEA has also supported the Equality Act, which prohibits discrimination based on the sex, sexual orientation, gender identity, or pregnancy, childbirth, or a related medical condition of an individual, as well as because of sex-based stereotypes, and re-signed the coalition statement when it was reintroduced in the 117th Congress in 2021. As part of its commitment to integrate diversity in all areas of work processes and business practices, IKEA has joined The Human Rights Campaign Foundation. IKEA U.S. has received a rating of 100% on the HRC Corporate Equality Index for the last six years.

IKEA Retail U.S. has been recognized for leading the industry with many inclusive benefits for LGBTQ+ co-workers and their families including: health/medical, dental, vision, bereavement, relocation/travel assistance, adoption, employee discount, supplemental life insurance and parental leave. The IKEA U.S. medical plan also covers a portion of gender confirmation counseling and surgery. Additionally, IKEA co-workers will now be able to share their chosen name while at work across IKEA systems. Many transgender and nonbinary individuals choose to go by a different name than they were given at birth— names that truly represent their identities and who they are. This new step will allow our co-workers to engage with one another along with our customers with their chosen name rather than their legal birth name on IKEA systems, helping ease a major pain point for the transgender and nonbinary communities.

*Excludes sales made in AL, MA, MS, SC and HI. Purchase is not tax deductible.