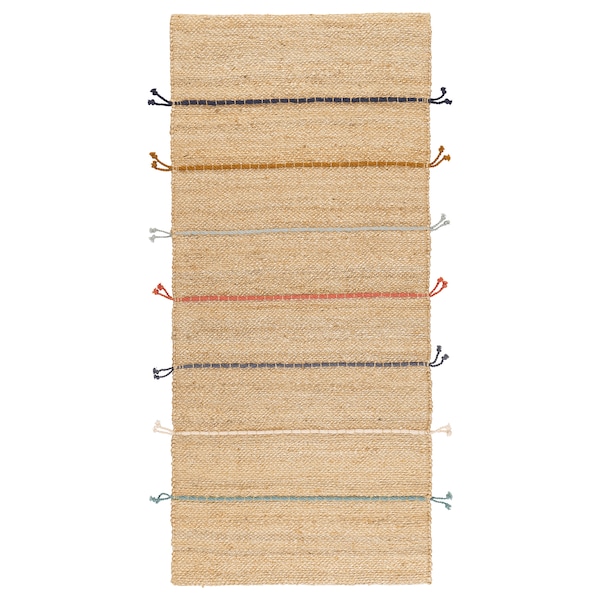 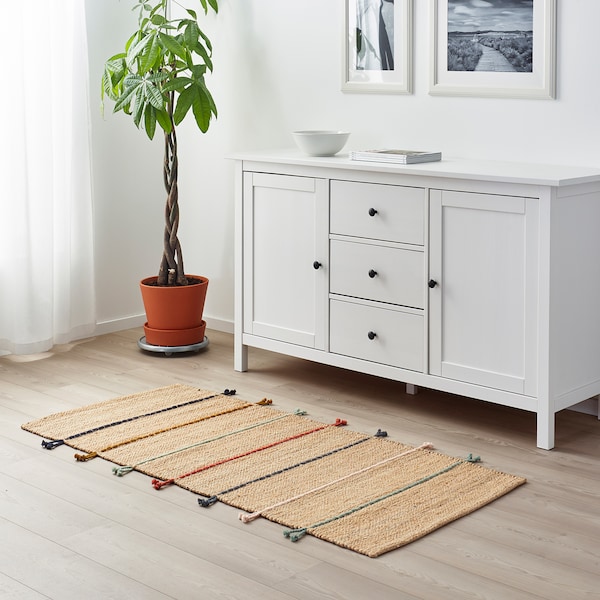 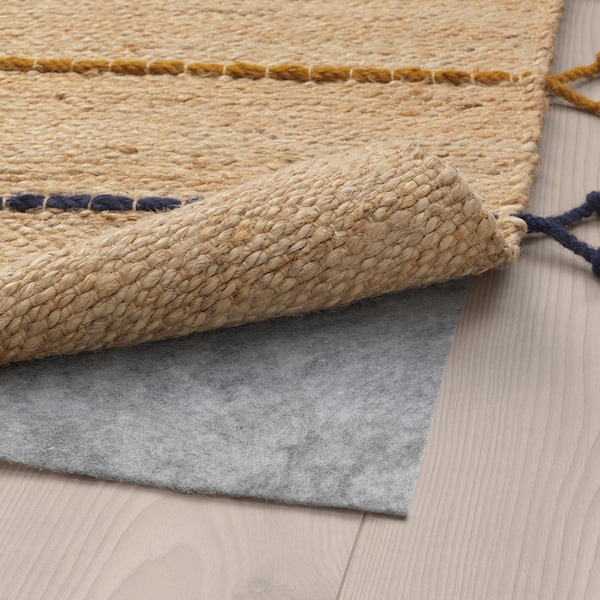 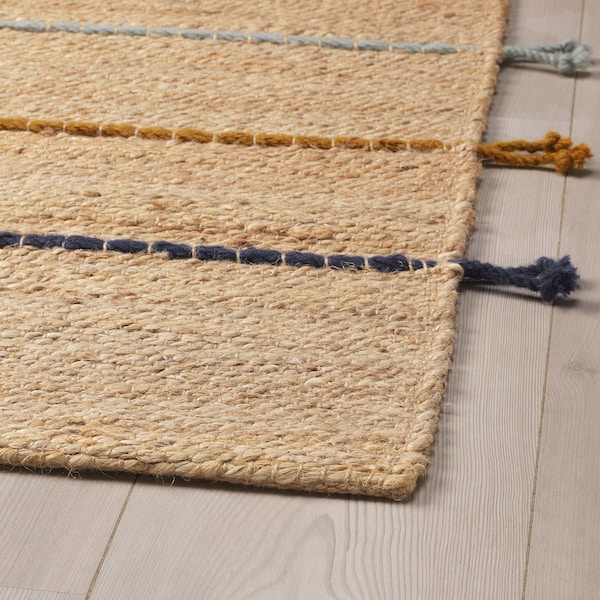 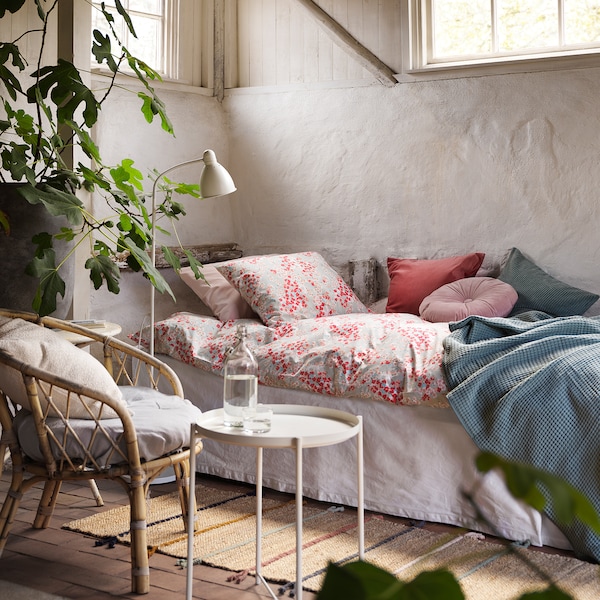 Wool yarn is woven into the natural jute rug to add color and personality. Handmade by skilled craftspeople with good working conditions and fair wages at organized weaving centers in India and Bangladesh.

Jute is a durable and recyclable material with natural color variations.The jute has natural color variations that make each rug distinct and unique.Use STOPP FILT anti-slip rug underlay under the entire rug for increased safety.You will need 1 STOPP FILT rug underlay with anti-slip (2'2"x4'1") for this rug. Trim if necessary.The rug is hand-woven.Designer

4.6(14)
GreT runner by back doorRAYEGreT runner by back door to clean puppies feel..4
I wish they had someALISONI wish they had some different colour choices of the wool going through and they were more uniform.4
Cute rugRACHELWorks perfectly in our office under the little blue sofa.5
Perfect for a small hallway.SHERYLPerfect for a small hallway.5
Love this rugTony P.Bought one then went back and bought two more. Perfect for the cottage.5
superDEJANsuper5
LoveJosephineLove5
HallwayEHNGPurchased four total, for laundry hall. Easy to clean.5
Used at front door entryDpengStrong enough to be used under outdoor shoes and soft enough to be by the bedside. Hides dirt really well. Dogs have had accidents on it and it still looks new!5
Nice natural rug, my cats love it!SneakkytikiI bought this to use to make a wall-mounted cat climber for my two cats and the result was perfect. I love the coloured wool stripes, it looks more like wall art rather than the ugly carpeted cat trees most people opt for -plus it was much cheaper! The natural elements of it make it safe for them to play and chew on and they love scratching their claws in the jute. I think I'll get a backup for when it eventually wears, but it's held up very well for over 6 months now. The weave is high-quality and if you don't want kitty damage on yours, I think you'll find it hold ups really well even if your kitties are tempted to scratch on it!5
toronto2019found it on clearance and loved the price for it!!5
Poorly made!Hamilton OntarioAfter 2 months of regular indoor use this rug literally tore in half! The only reason I gave it 2 stars rather than 1 is because it looked really good before it fell apart. Attractive but poorly constructed.2
versatile and stylisha clever aliasI ordered this piece to be essentially utilitarian, as the price was very reasonable. When it arrived I was pleasantly surprised by its weight (heavier than expected) and appearance. The combination of rough texture and neutral tone is both rustic and chic. The multicoloured yard adds interest and allows it to fit with a number of schemes. I tried it in a couple of places and liked it in each--so much so that after living with it for a few weeks, I ended up ordering two more. It did have an odd smell when it was first unpacked, but that went away after a couple of days.5
Skip listing

Jute is a very hardwearing fibre that is found in the stem of the jute plant. It’s an easy-to-grow plant that requires very little fertilizer, pesticides or water and is ready to harvest after only 120 days. The jute fibre is often used for ropes and sacks but is also known for its silky-smooth lustre and can be spun into finer threads which are then woven. In our range we often use woven jute for items like curtains, rugs and furniture.