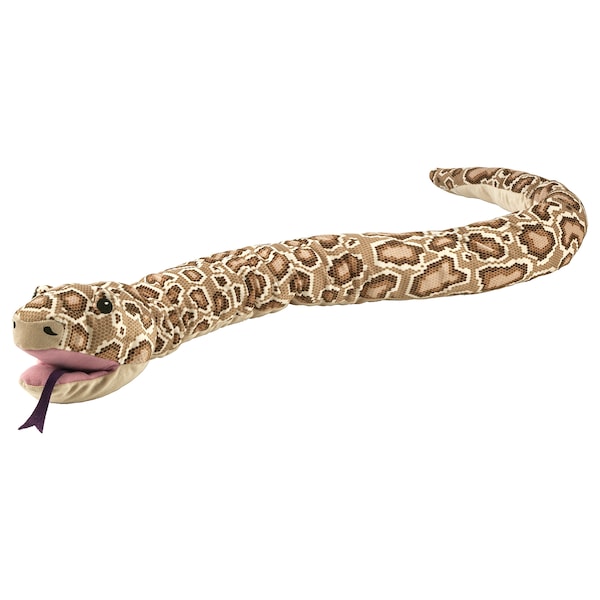 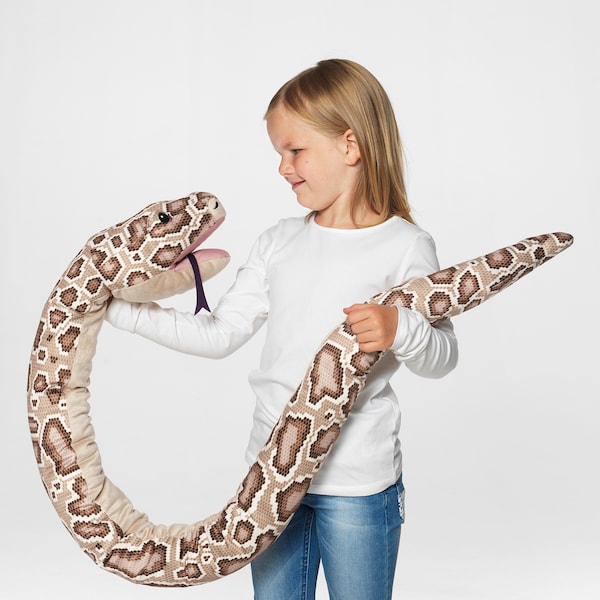 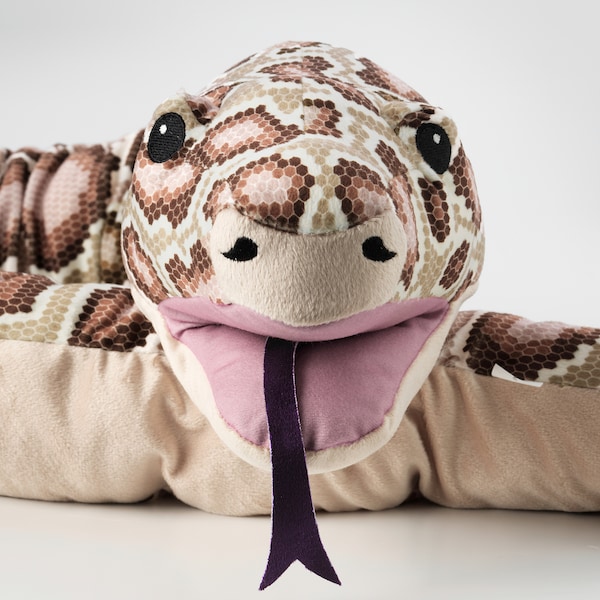 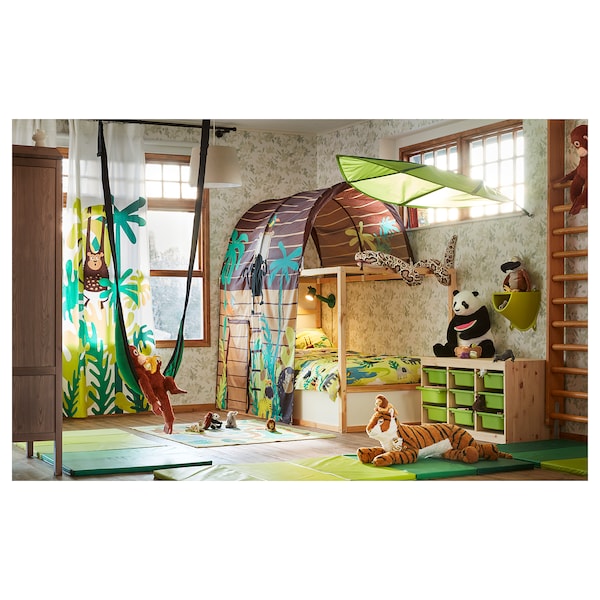 A real python can be dangerous, but a soft toy is cosy (and safe) to have as a friend. With the DJUNGELSKOG series your child can create their own world of wildlife and learn more about endangered species.

This long python loves to be hugged really hard. In the wild, the long and sleek body can reach 7 metres, but this one is a bit smaller. And if you put your hand in the head's pocket, you can make it speak.Fits big as well as small hands.All soft toys are good at hugging, comforting and listening and are fond of play and mischief. In addition, they are reliable and tested for safety.Recommended for ages from 18 months.Designer

5(22)
It"s longer than I am tall!FemkeMy little guy is super happy with his giant snake puppet. Especially since it's bigger than I am!5
good fun for my childFaridgood fun for my child5
Sooo cuteXueWho doesn't love a stuffed animal? It's my bed partner now. It could be a nice scarf for wintertime as well. Lol5
ExcellentmarinaExcellent quality for a good price5
kids like itJohnkids like it5
big snekCharlessnek good5
The grandkids love it!JulieThe grandkids love it!5
Kids love itAnitaKids love it5
Such a good snaky boy!ParisaGood quality and value for money! My daughter called her snake Crowley after the good omen character: Crowley is not a special member of our family!5
Kitchen trolleyMargIt’s perfect and will be even more perfect after tomorrow when I plan to shorten the legs by 60mm so I can park it under an existing kitchen bench.5
Soft and cuddlyKyraMy daughter is in love with her new friend. Soft, cuddly and flexible as well as well made.5
Very cuddlyKaelybI bought this for my grandson who I is 11 and he loves it5
Centre piece of jungle themed bedroomHella99My grand daughter did 20 jobs around the house to earn her big boa. Such fun5
Snakey the SnakeyTDaddyAll I know is my son loves it5
Kids large glove puppet snake.Lion MumThis was the most perfect present for my 7 year old grandson who loves snakes and tigers. It was so popular he practically carried it around all day. His brothers and cousin’s were just as entranced with it as him. Another one of my grandchildren asked if I could remember to get one for him for his birthday. Alas when I went to get another one they were all gone! Too popular I guess!5
Good valueBattie1Made very well. Grandchildren love it5
Python SnakeBernadineI bought it for my 5y old for Christmas (from Santa) he’s totally in love has not put it down sleeps with it every night and named him Steve5
Amit2910Bought a few days ago and my son love it...very happy with this product5
GreatJoey1789My daughter is super happy with her snake5
His name is BasilMissie08Some people have an elf on the shelf. I have the python. He is always somewhere around the house. My mother hates him as she thinks she is seeing a real snake. Everyone else thinks he is very cute and they all have suggestions on where we can put him next. A great toy for kids.5
Skip listing 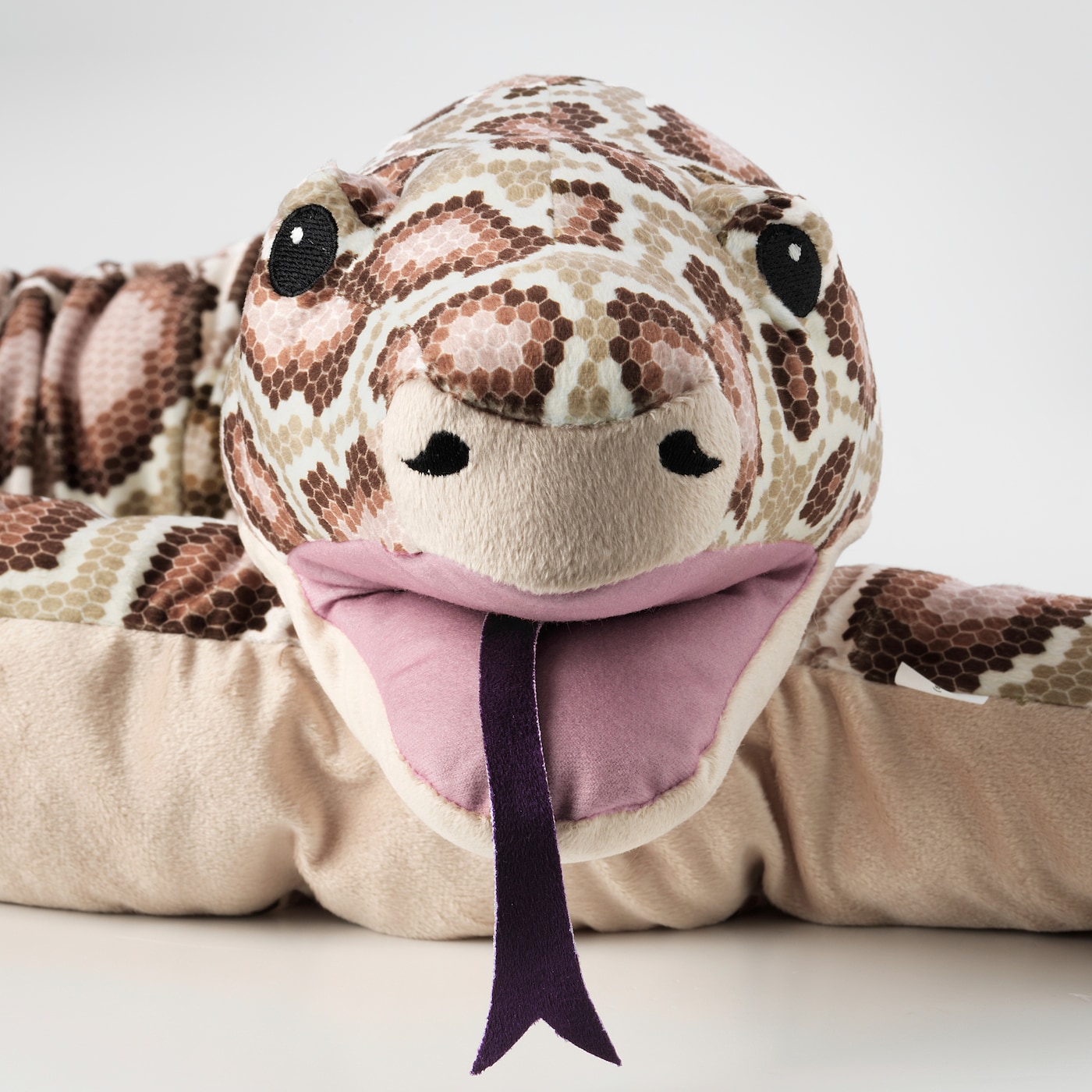