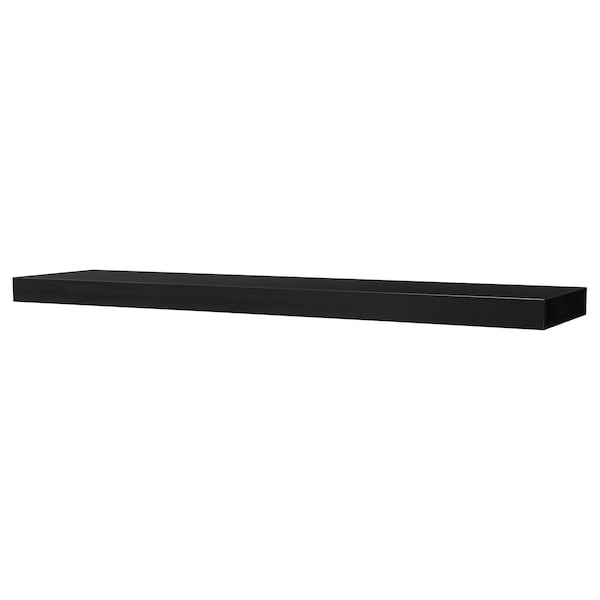 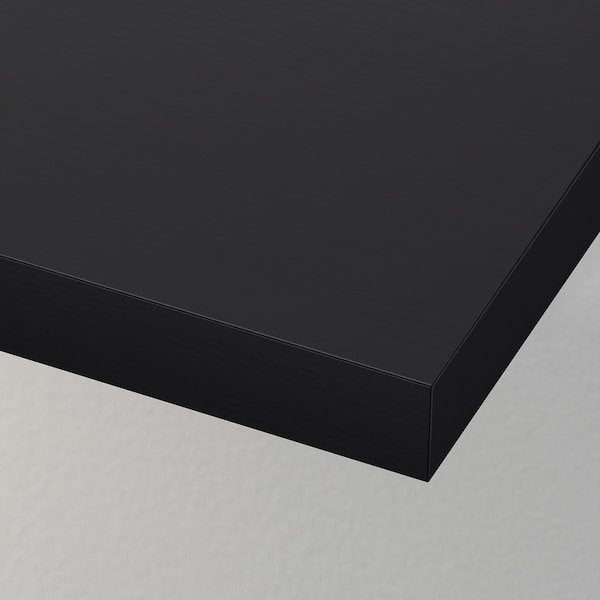 The shelf becomes one with the wall thanks to the concealed mounting hardware.Hidden suspension brackets are included.Max. load 15 kg (33 lb) depending on type of wall and fastening. Screws for wall mounting are not included.Different wall materials require different types of fixing devices. Use fixing devices suitable for the walls in your home.If you are uncertain about what type of mounting devices to use, please contact your local hardware store.May be combined with other products in the LACK series.Coordinates with other products in the LACK series.Designer

How much weight can a shelf hold?

Even a strong wall shelf will only be able to bear a little weight if it's attached to the wall with the wrong hardware. For a wall shelf to be practical and secure you must use the right hardware for the wall type. Check if your walls are concrete, plaster or wood. There are hardware for all wall types. If you can, try to determine what part of the wall is load-bearing. The most secure place to mount a shelf is on the bearing part of the wall.

We use constructed boards when manufacturing many of our pieces of furniture, such as tables and wardrobes. They are light and resource-efficient, yet still stable and strong. Each board has a frame made of chipboard, fibreboard or solid wood, while the inside is a honeycomb filling structure made of mostly recycled paper, which is extra durable thanks to its special construction. The board is then covered with a protective paint, foil or veneer depending on the style wanted.