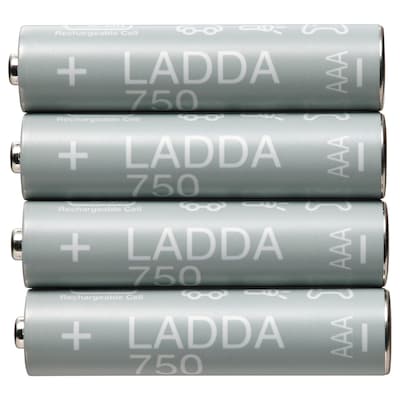 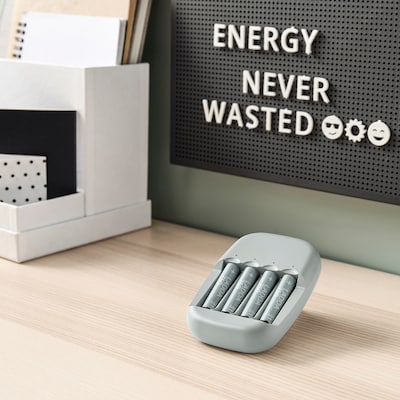 A dream for small drivers ‒ a locomotive that is battery powered and controlled by a button on the topside. It can also reverse and its light shows the way forward. Join on the wagons ‒ full steam ahead!

When it's time to roll out from the station, simply push the button forward, and if you need to reverse, push it back. If you want to stop the train, set the button in the middle. Both simple and logical.

The locomotive lights up as it steams ahead on the rails.

Can be used with most other railway systems on the market.

4.4(37)
Works great, happy nephew!MarianaSuch simple toy, goes forward and in reverse. It would be good if it shuts off after a bit. Used more batteries than I’d want to waste.5
Love it!IRENEThis is best one ever! My kids loves it so much and they spend on it for hours and hours. It was so much fun!5
Great locomotionTheodoreThis little engine that could is the greatest invention since sliced bread . I have given it to my 2 year old grandson, my 39 year old son, my 66 year old brother and 2 for myself. Great for grandpa flashbacks.5
Hours of fun for therichardHours of fun for the grandkids5
Perfect for pulling the trainJaniePerfect for pulling the train it’s battery operated.5
Works with other trainsNancyWorks with other trains5
Do not buyJze S.Train has insufficient power to pull trailers and it moves extremely slow.1
Kids and trainsIlonaMy ASD kid loves all things trains. This one was a cool addition to the collection. The Bullet Train,as it has been named, works on the standard wooden track sets (like the ones from a certain island name that rhymes with "no door"). It is motorized so you can go off the rails on a crazy train or the kitchen.4
Cute, but sucks up the batteries!!!LindaGlad I purchased lots of batteries! One set of two really only lasts for one playtime with our Grands. After having the train set for 8 years, I was excited to see this enhancement. The switch on top is difficult for a child to manage...it needs definite “stops”, not a slider with no markings or definitive clicks. Also, if the batteries are dead, you can not play with it as a push around engine.4
My grandson loved it.TraceyMy grandson loved it.3
Get itSARAMy toddler loves this battery operated train. The only downside is the power button is a bit small for his toddler hands to toggle to the off position which is in the middle of forward and reverse. So far it’s been through some rough times and quite a few throws and surprisingly works. Worth the value for money.5
Our 22 month son loves it!nataliaIt’s a great toy! The only complain that I have is it runs out of battery pretty quickly...5
Great valueJennifer M.My grandson loves this train. Batteries run out quick and it is a little slow, but that’s what happens when two year olds don’t turn it off. 😉5
Cute ProductAvaReally cute product for children, made from wood. I would have given five stars if it had a magnet on front also where is could be connected to other vehicles in the set.4
Kids love it!EminaKids love it!5
Battery diesCRISTELIt’s slow and the batteries die pretty quickly even after changing to brand new ones.4
Nice addition to the Lilabo track setBaladMy son loves the battery locomotive. It is fun to watch it pulling the coaches and moving around the track. The engine is sturdy. It will be nice if there is a engine with front magnetic attachment as well. It will allow two engines to run in sequence .5
dragan64It works great with just a few extra cars. If you put more than 3 cars, it moves very slowly.3
Love the battery run trainAkBonDMy two year old loves this train and the set.5
TByr684Train moves very slowly and has a very short battery life. Each time I replace the batteries, my son gets about 3 hours of play.1
Featured on Instagram
Check it out! Some of our #ikeausa followers tagged #
Skip visual ugc carousel content

ABS plastic is a strong and stable material with a glossy surface – making it perfect for especially used everyday objects like cutlery drawers, kitchen utensils, toothbrush mugs and bathroom hooks. ABS is made from oil-based, non-renewable raw materials, but development is progressing and we are using more and more recycled ABS. It is an important step towards our goal of only using plastic that is recycled or from renewable sources.

Generations of children have done the same thing: transformed the floor into a landscape where railway tracks wind their way around a fantasy world where anything is possible. With the battery-powered LILLABO train that is controlled by a button on the top, the creative play carries on for a long time. It’s playtime where all ages can play together and create new worlds while they fine-tune their motor skills and learn to solve problems. Simply put, playtime at its finest.