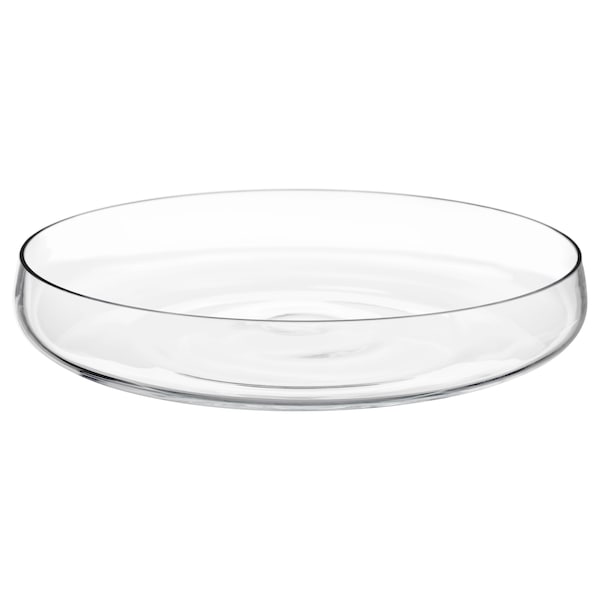 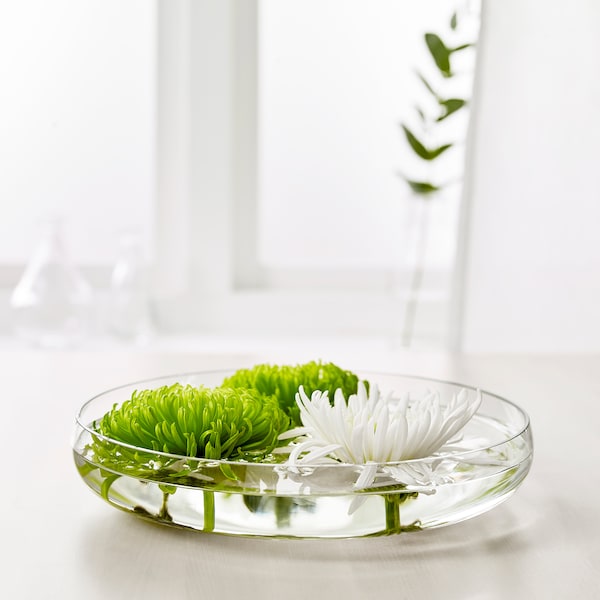 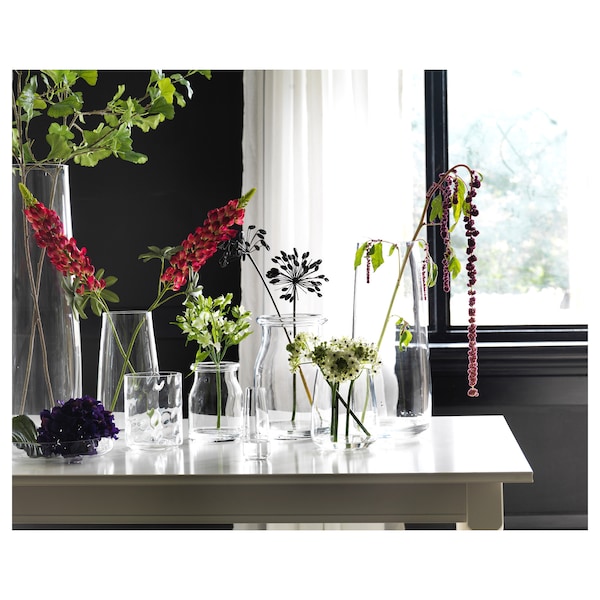 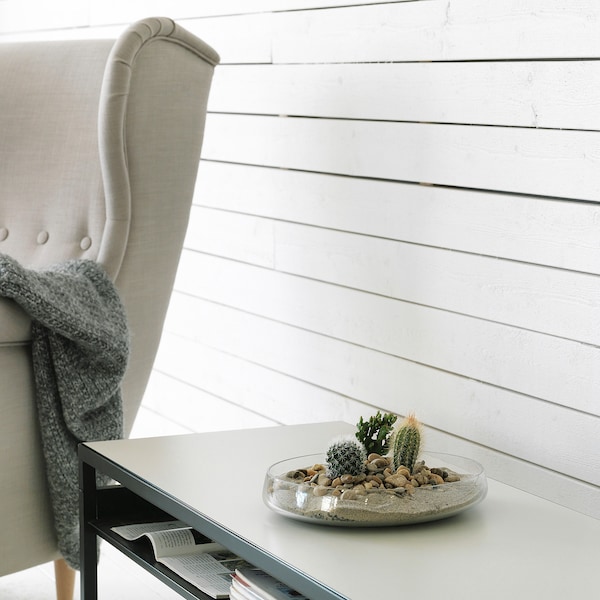 The material in this product may be recyclable. Please check the recycling rules in your community and if recycling facilities exist in your area. 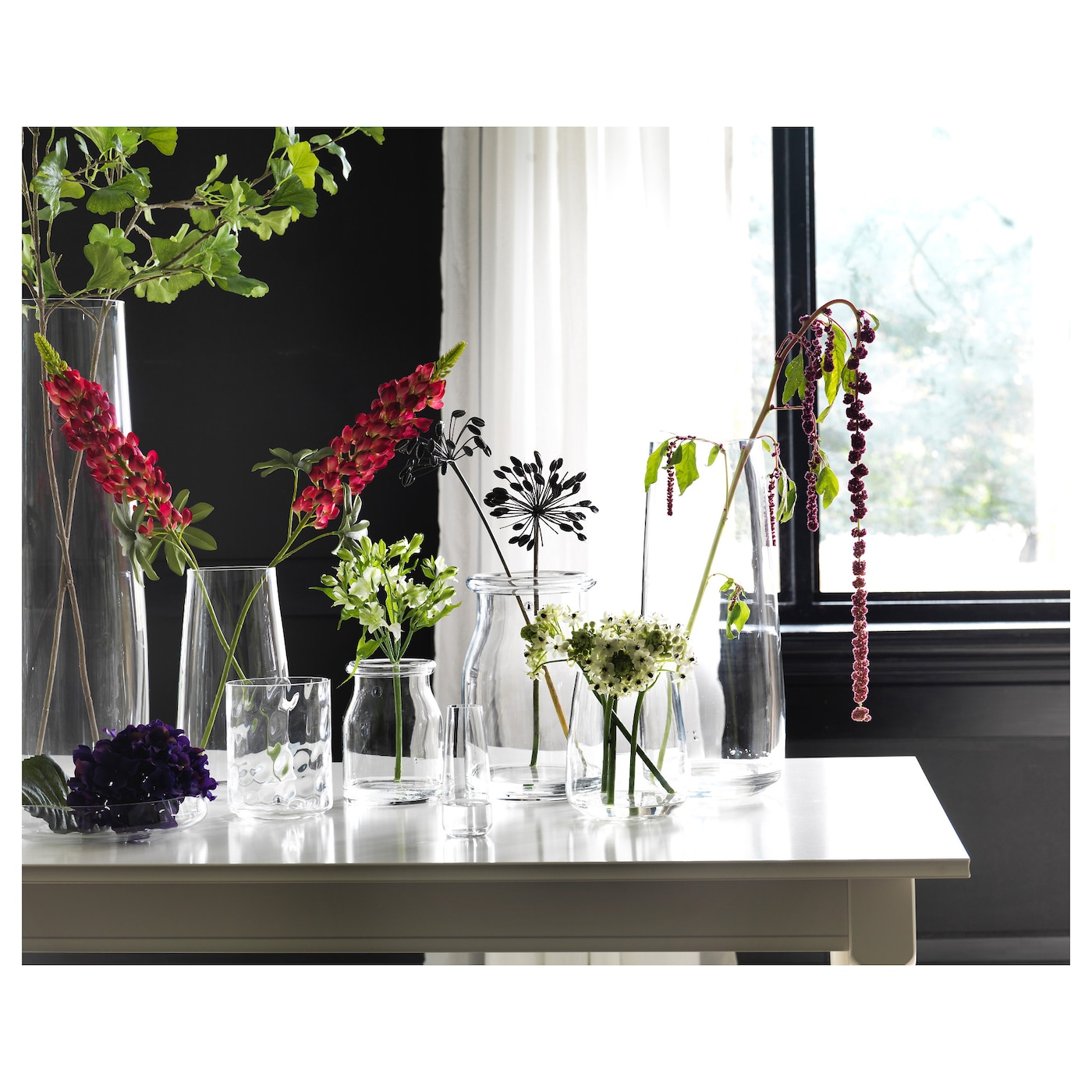 Flowers seem to have almost magical powers. They bring an ambience and flair that brightens up just about any day. But the way people buy and use them differs between countries. Our product developer Anh Linh and her colleagues knew this from experience. To learn even more, they brought in an expert. Ragnhildur Fjeldsted, a professional florist based in Iceland, shared her many insights from different parts of the world. She helped Anh and the team to find the answers they needed to create BERÄKNA vases.

Glass is mainly made of sand, soda and lime melted at a high temperature. Tempering or various additives gives you extra-strong and impact-resistant glass that in some cases can be taken straight from freezer to oven without cracking. A big benefit is how glass can be recycled over and over without the quality deteriorating. Also, a lot less energy is needed to melt recycled glass compared to new raw materials. Our goal is to eventually use only recycled glass in our range.