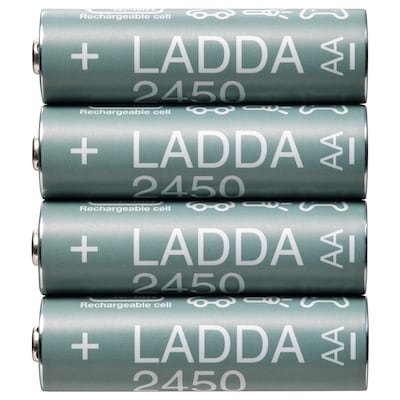 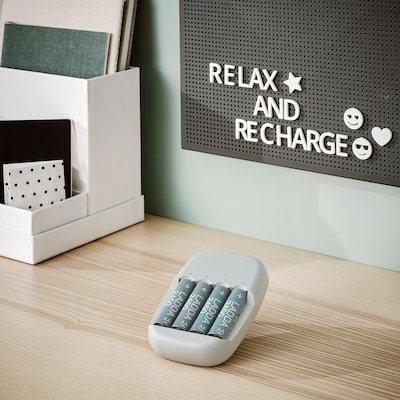 The octopus lamp with a luminous head is both a huggable play friend and a snug buddy to have by the bed. Tested to some of the strictest safety standards in the world, just like all our children’s lamps.

This playful octopus is cosy to have by your side – a gentle press on the head is all that’s needed for it to brighten up the darkness.

The soft light is gentle on your child's eyes and is perfect as a night-light.

You can easily remove the lamp when the batteries need to be charged or when the octopus needs to be washed.

You can remove and use the lamp separately and let your child cuddle and play with the soft octopus.

Both fabric and filling for this cuddly octopus are made from 100% recycled polyester – from the luminous head all the way down to the ends of the 8 arms.

Goes nicely with other products from the BLÅVINGAD collection.

Is it possible to make plastic hug-friendly?

We want to reduce the amount of new material in our soft toys. Using recycled polyester as filling, and thereby giving new life to used plastic, is one way. That’s why we’ve embarked on an exciting journey with our new range of soft toys. Our goal is to fill as many soft toys as possible with recycled polyester – without compromising on safety or quality. 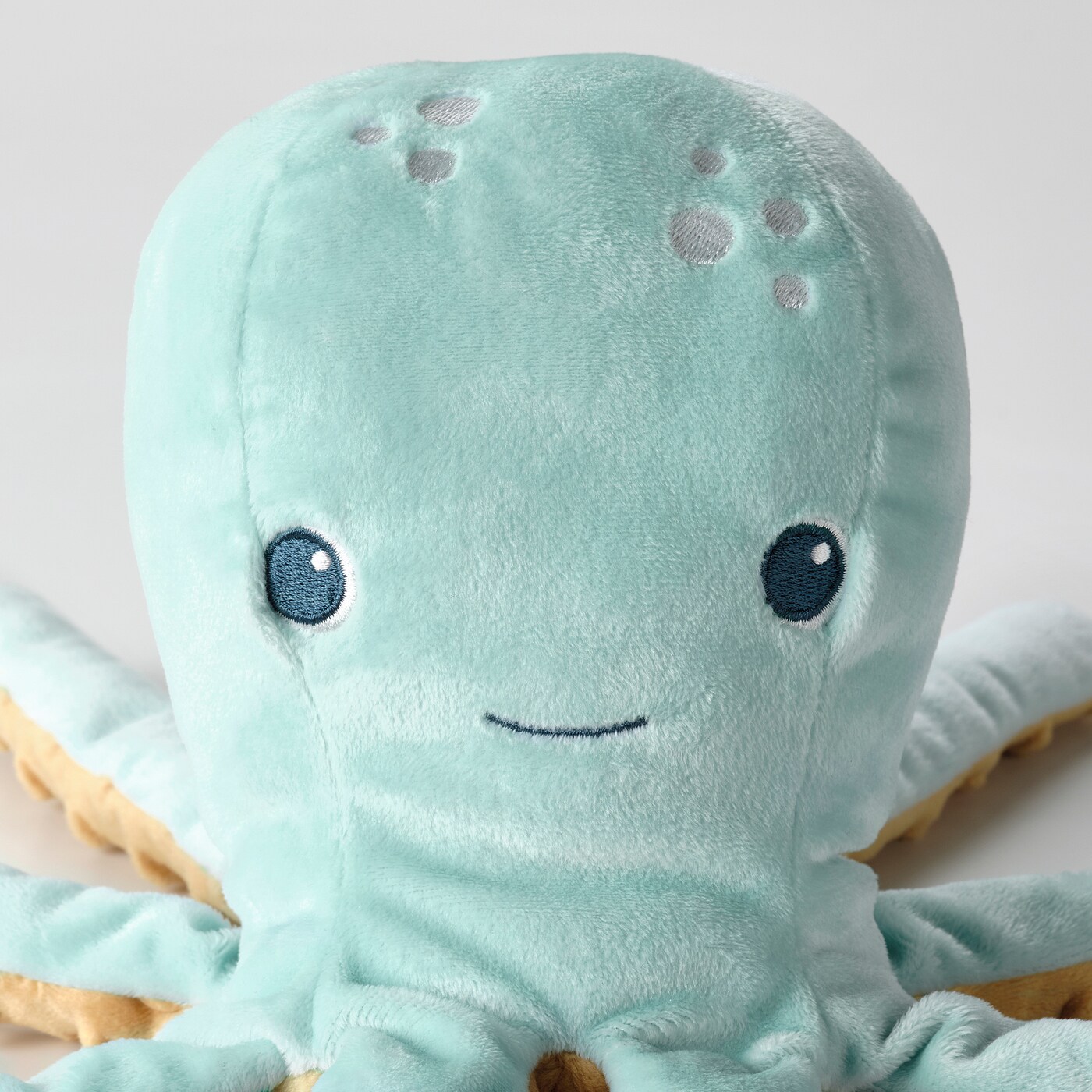 Dive down into a world of wonders

Surfing dolphins, curious turtles and playful octopuses. The big deep sea is an enchanted world that triggers the imagination. It inspired us to create the BLÅVINGAD collection. Working with the project, we also realized that many children are worried about the oceans and their inhabitants.

“Children are engaged and well-informed about the pollution of the world’s oceans and how it affects the animals that live there. They want to do something about it and encourage us, adults, to do the same,” says child psychologist Dr Barbie Clarke. She regularly participates in the work with our Kid’s Advisory Panel, where we interview children in different countries about their opinions on various topics.

Mysteries below the surface

But what is it about the oceans that fascinates and engages children worldwide – even children that live hundreds of kilometres from the coast? “The deep seas and their inhabitants have always been part of myths and stories that we tell each other,” says Barbie. “It’s a world of its own under the surface, something mysterious and exciting that brings the imagination to life.”

Stories, games and movies about life in the deep sea give children access to a world that is different from their own everyday life. “When children are between 3 and 6 years old, they fantasize the most, and when they get a bit older, they want to learn facts and understand how the oceans work,” says Barbie. She adds that when children are absorbed by something, it’s more than a game; they forget their worries, explore the world and broaden their horizons – just like a giant blue whale that floats off to explore the sea.