Meant for each other - not only do the slats keep your mattress in place, they also have comfort zones which adjust to your body weight and increase the suppleness of the mattress

26 layer-glued slats adjust to your body weight and increase the suppleness of the mattress.

Comfort zones adjust to your body. 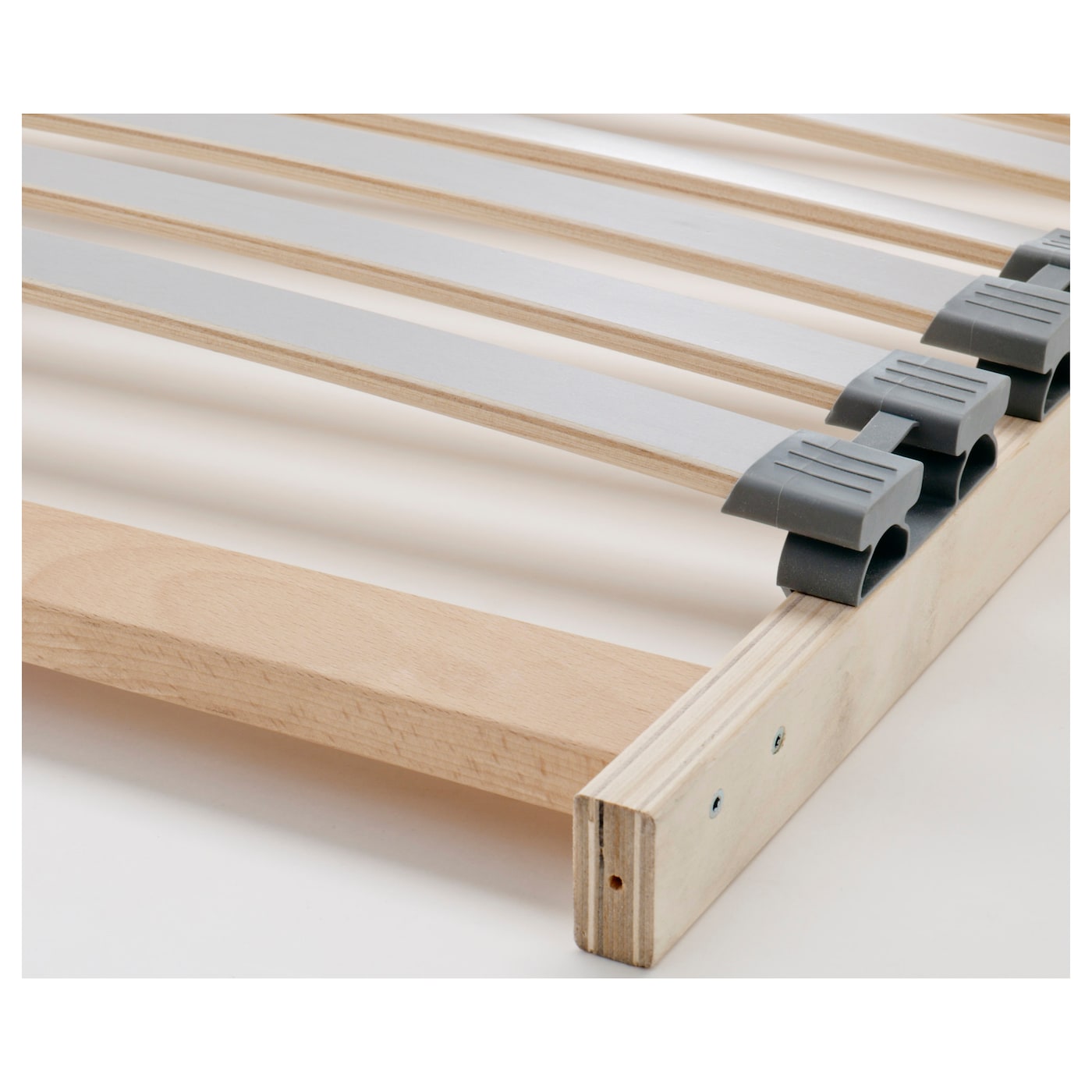 What is layer-glued wood?

With layer-glued wood it’s possible to create flexible and extra strong constructions with curved shapes, like frames for armchairs. The secret is a technique where many layers of thin wood veneer are glued together and then pressed into the desired shape. We often use wood like birch, beech, ash and even bamboo – and strive to use the raw material as smartly and efficiently as possible to avoid waste. Just like solid wood, it has natural variations in structure and colour.