A practical storage combination that helps you keep things organised throughout the home, also in humid areas like bathrooms. 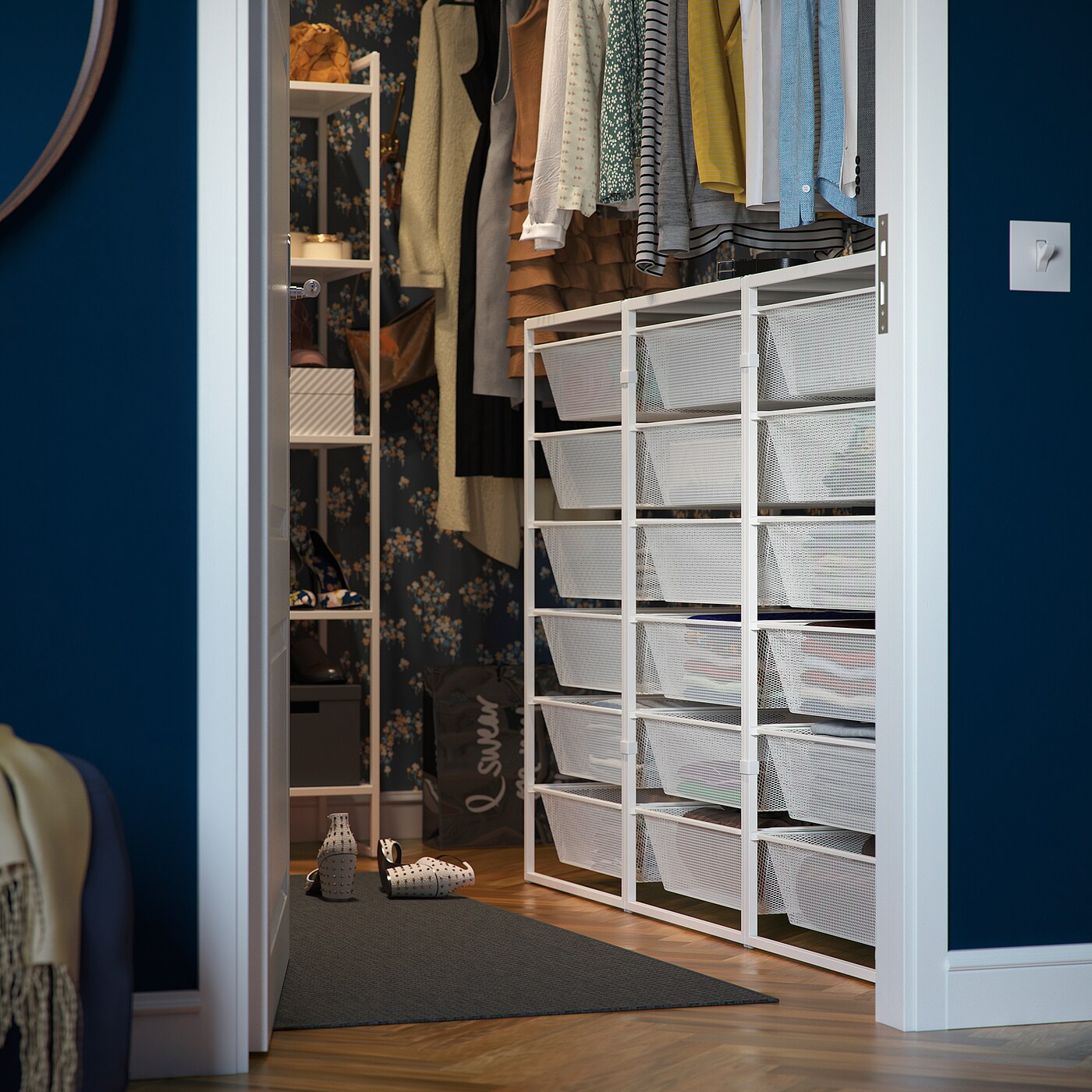