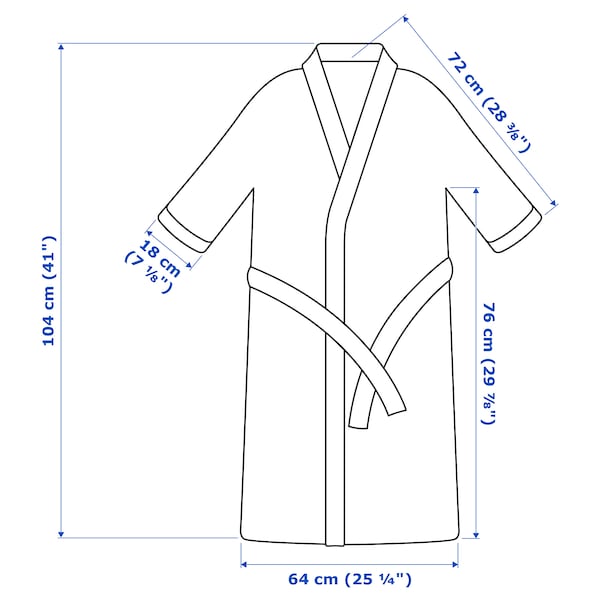 3.9 135 Reviews
A comfy fit for those long, lazy mornings at home – with soft terry on both sides, adjustable belt loops, practical side pockets and sleeves that are easy to move around in. Read More

You can enjoy long Sunday mornings in your comfy bathrobe. The sleeve’s seam is sewn diagonally away from the armpit so there’s no chafing against your skin and there’s more space to move in.

Some people prefer to tie their bathrobe below the stomach while others prefer higher up. We added an adjustable belt loop that works both ways. A small detail that adds function and comfort to the robe.

You get the same, soft terry cotton on the inside as you do on the outside so you can wrap yourself in warming comfort after the bath or shower – and look good too.

The pockets are placed on the sides so they won’t end up in front of your stomach when you tie your bathrobe. Handy for warming your hands, storing tissues, keys, phone or pencil for the crossword puzzle. 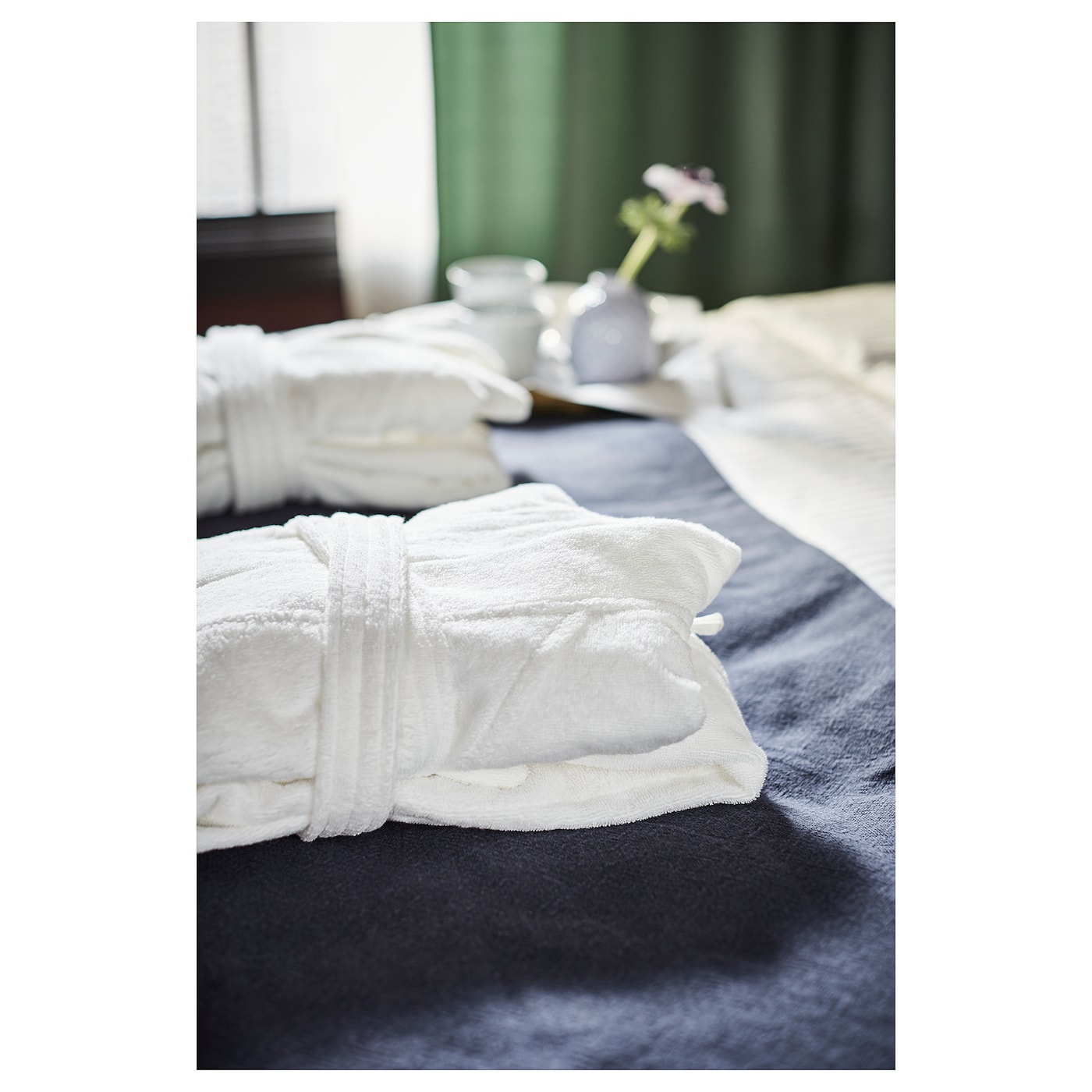 How do you design a garment that fits not only you, but all your neighbors too? We look different, have unique personalities and like different things. But, we seem to have more in common with each other than we think. That’s what Sara Onsmark, one of our Product Developers, discovered when she created ROCKÅN bathrobe.
Sara has a background as a clothes designer, so she knows first hand how difficult it is to create something that fits most body types. She and the development team thought, why not ask the factory workers at our suppliers for help? It would be an opportunity to see how people use bathrobes, and how they fit all the different shapes and sizes we come in. “With slightly blushing cheeks and some giggles, they paraded on the factory floor and tried out different prototypes. Some of them were outspoken and voiced their opinions, others were a bit shy,” says Sara.

Nothing underneath? That’s ok

One of the first things Sara and the team had to solve, was which material they should use. They wanted something that dries quickly and comes with a nice price tag so the models helped them narrow down their choices. “A few of them whispered; ‘Hmm, we usually don’t have much clothes on under our bathrobes.’ It meant we had to have a soft terry and stay away from seams that can chafe. We also put the hanger loop on the outside of the bathrobe, because you should be comfortable even if you are naked underneath,” says Sara.

The team made an interesting discovery regarding how men and women tie their bathrobes. Most men seem to tie the belt under the stomach, while many women tie it higher up, under the bust. “We added an adjustable loop in a contrasting material that works no matter how you prefer it. It’s a small but important detail that adds functionality, and gives the robe a unique look.”

Another thing that gave the team an aha-moment were people’s hands. “We noticed that some didn’t know where to put them when the bathrobe was tied and the pockets ended up in front of the stomach. To solve this, we placed the pockets further back instead, and put the openings on the side,” says Sara. We also seem to sit a certain way when we unwind in a bathrobe. “A few of the models said ‘Oops, perhaps I should cross my legs, so I don’t show too much?’ But we think people should sit however they like, as long as they’re comfortable. Since ROCKÅN has a big overlap and is longer than your average bathrobe it’s easy to cover your legs, so you don’t have to worry about things like that,” says Sara.

Working on the factory floor together with the models not only triggered ideas, it also made the development faster. “We asked a lot of questions, but also got direct feedback by just observing how they moved around in their bathrobes. When we develop this way, together with individuals with different needs, we’re more likely to improve peoples’ everyday. And as in the case of ROCKÅN, create a bathrobe that the whole neighborhood can feel comfortable and look good in,” says Sara.
More in the Textiles collection August
More Clothing & accessories