Whether you have a passion for shoes, a soft spot for sweaters or a fancy for jewelry and accessories, KOMPLEMENT interior organizers tailor your wardrobe to make the best use of available space.

Hinges with integrated dampers catch the door and close it slowly, silently and softly

Product is possible to recycle or use for energy recovery, if available in your community.

3.1(37)
RtRexDoes the job is meant to do3
Slow close hingesTeriWe have had to return several due to oil leaking out of them and down the doors. When I had to return and buy more customer service gave me a hard time.1
Easy installation.STEPHANIEEasy installation.5
Great productChanelGreat product5
IKEA is knowingly selling faulty goods that can damage your homeChristopher C.Other reviews here show this is a long standing issue. I built PAX wardrobes with these hinges. Within a few days all the hinges on the left doors leaked oil, permanently staining my wood floors. I took the hinges back to my IKEA store - after a 3 hour wait they gave me 6 new ones. 2 days later they are also leaking oil. They have 2021 week 24 build dates on the packets. I am giving up on these hinges. I will either 100% fit the non-soft close ( I have now spent another $120 on another six packets just to get enough of the non-soft close versions) or try to find third party hinges that I can adapt to make work. Not happy and its spoiled the whole experience surrounding what is otherwise a great PAX product. I took one hinge apart. The soft close feature is much like a mini version of a car shock absorber/damper. If the hinge is mounted on a right door, the plunger and seal are at the top, and on a left door, at the bottom. It explains why only left doors leak oil.1
Failed within a weekWill B.Installed on five doors, and the soft close function failed on four of them within a day or two. The soft close only works on one door, for now. This seems to be a common issue. I am not sure why Ikea has not recalled these and come out with ones that work.1
Door hingesCHERYLThieve door hinges were reasonably priced and easy to install.5
The product doesn"t seem toSherryThe product doesn't seem to slow close as indicated all the time.3
Soft close failed in under a weekBrendan S.All four of the left side soft close hinges failed within a week and leaked oil down the backside of the cabinet doors causing a huge mess. Ikea refunded me for the two sets that failed, but seems like a completely flawed product design with the soft close mechanism. One of the right side hinges has also start to lose resistance as well. Bought Blum hinges to replace the failed sets which should hopefully last longer than one week.1
Some of the hinges areAndreaSome of the hinges are soft close and some are not. Even after adjustments with the very limited instructions provided.2
Very sturdyDavidCould say that they are pricey but they open and close very smoothly. Be mindful that a certain two brackets go on the top and bottom while the other two go in the middle5
They stop soft closing afterGlennThey stop soft closing after a week1
Functional and well-madeMINDYGreat hinges. Easy to install and adjust5
These hinges were exactly whatLarryThese hinges were exactly what I was looking for.5
Nice hidden hinges work wonder!LINDAThose hinges were so hidden inside and smooth. I am happy with them.5
It works perfectluzIt works perfect5
Simple enoughaprilThese were simple to use. Unlike everything else at ikea which requires work and can be complicated. You just pop these in and screw in place nothing to put together it was so simple my 9-yr old grand son put them on all the doors .makes the door close very soft too.5
It’s okASIMIt’s ok5
Easy to install and adjustRamonEasy to install and adjust5
Perfect fit, perfect installChristopherPerfect fit, design, people, in stall5
Featured on Instagram
Check it out! Some of our #ikeausa followers tagged #
1/0
Skip visual ugc carousel content 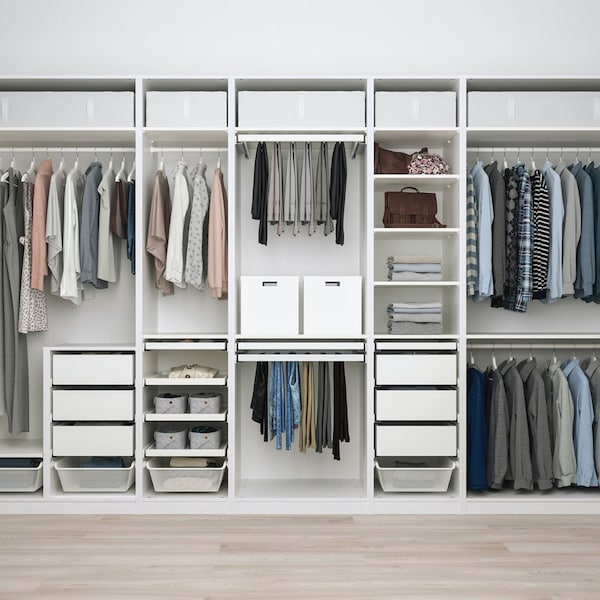