Go ahead and put things aside for a while! A sideboard combination gives you plenty of space to store things and a surface to create an attractive display - or to unload serving dishes while you eat.

Create unique and varied patterns on your BESTÅ with the help of the visible grains on HEDEVIKEN doors.

Adjustable hinges allow you to adjust the door horizontally and vertically.

Adjustable shelves, so you can customize your storage as needed.

Doors both protect and decorate - choose a door that matches well with your home and storage combination.

The doors open with a light push and close silently and softly, as the hinges have both push-open and soft-closing functions.

Optimize and organize your BESTÅ storage with boxes and inserts that you like. 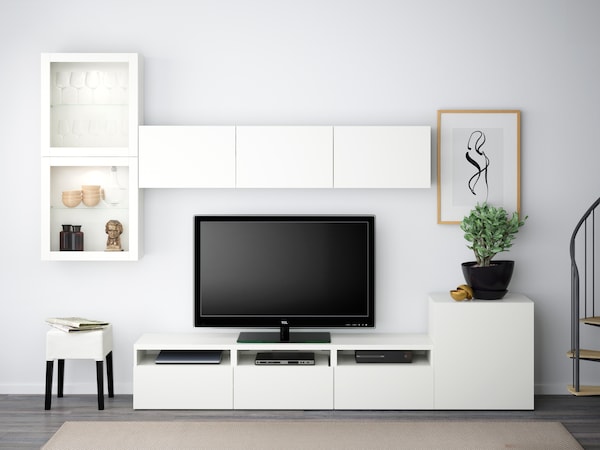