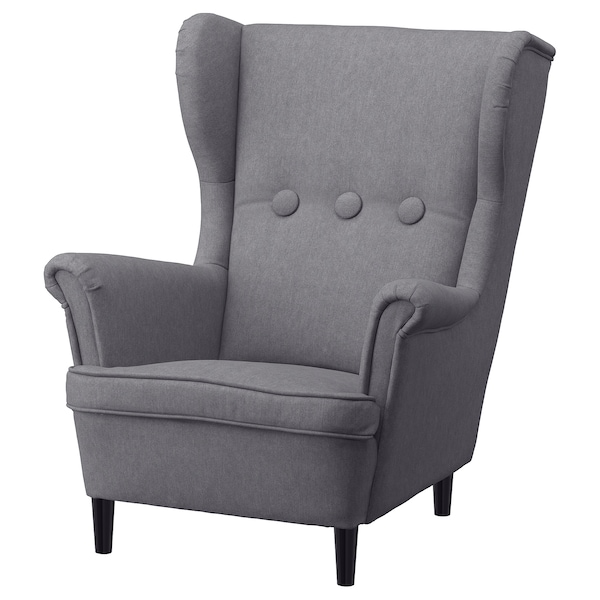 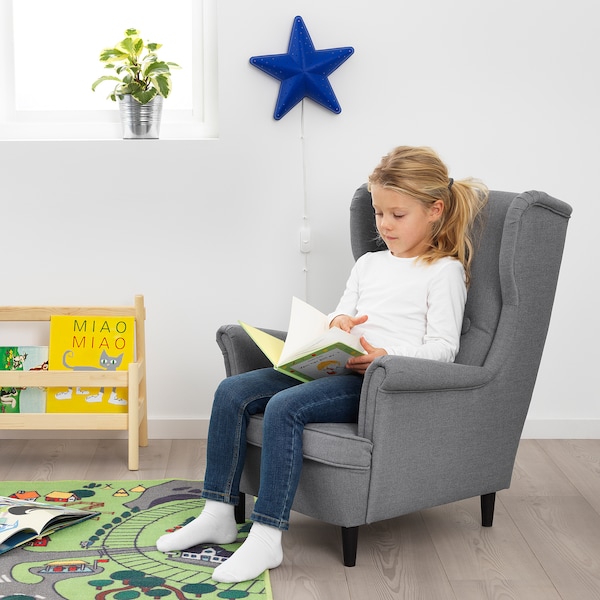 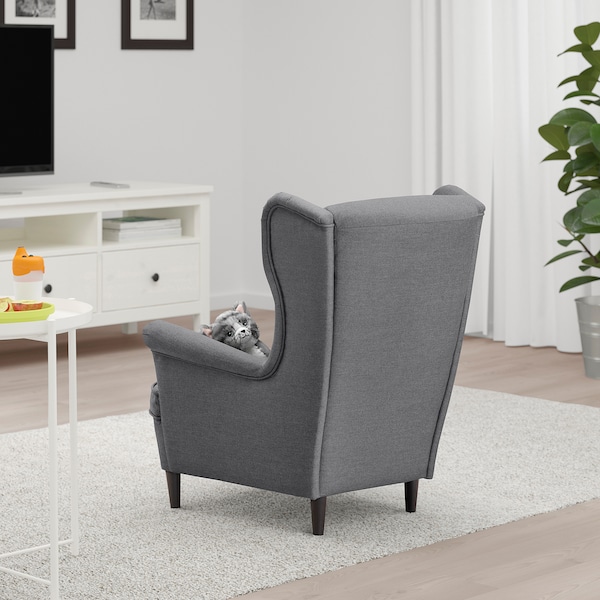 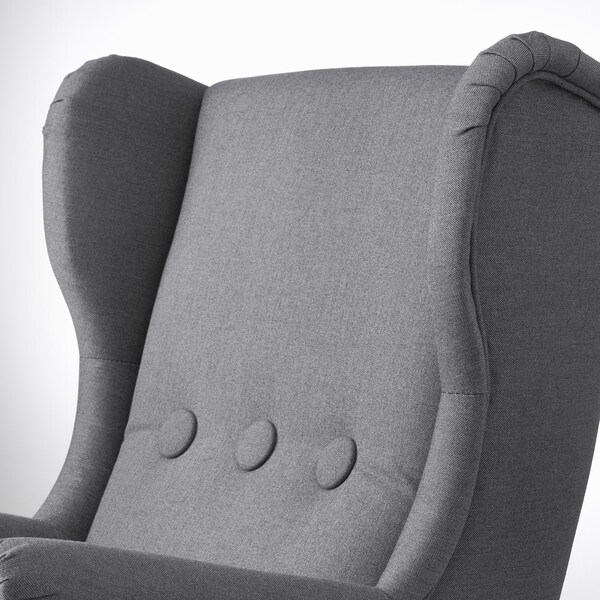 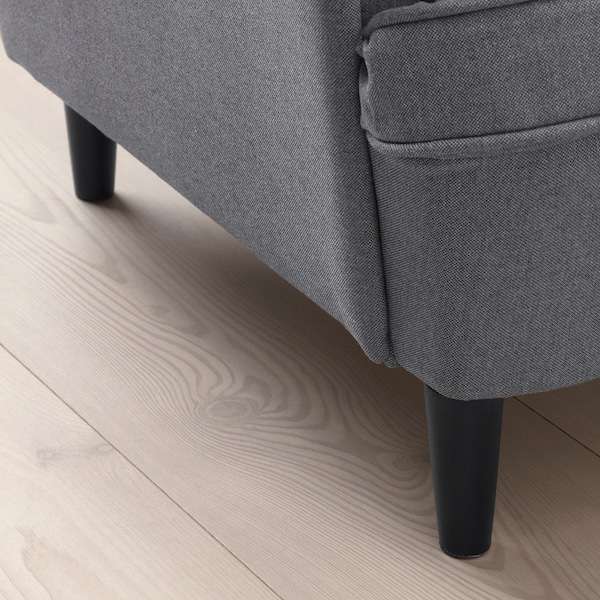 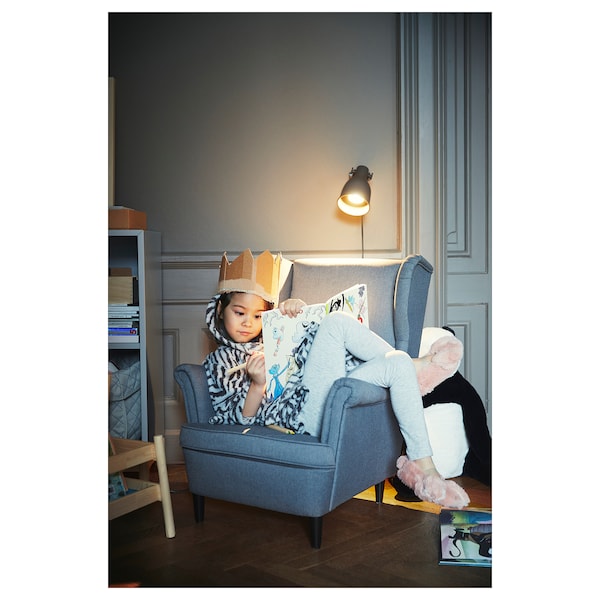 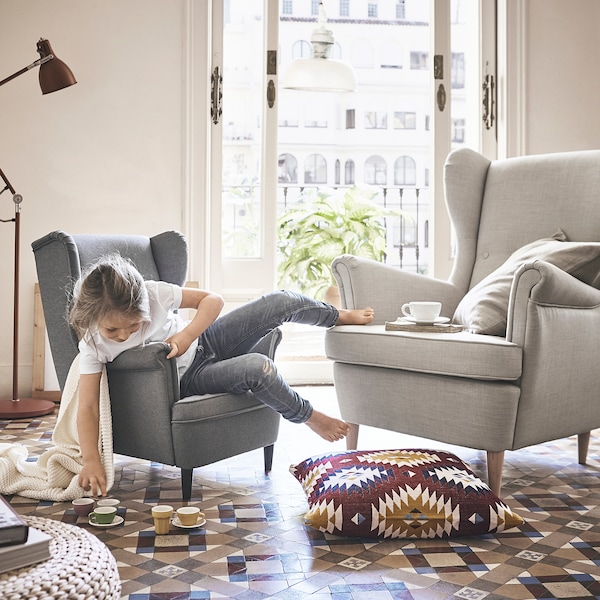 Having your very own armchair in the right size is more important than us adults may think. It makes your child feel big and more involved, which helps them to understand and how they fit in their surroundings.This is where your child can lean back on the comfortable backrest for a moment and relax. Maybe they’ll put their feet up and read a good book or hug the soft armrests when a film gets scary. Just what we all need after a day on the go.Children are smaller and don’t sit like us adults. They like to move around and can suddenly transform the armchair into a desolate island or a space rocket. That’s why we made a fixed seat instead of a loose cushion like in the adult version.We know that an armchair is used in many different ways. That’s why the fabric is extra durable and the legs are positioned so that the armchair stands very steady.Recommended for ages from 3 years.Designer 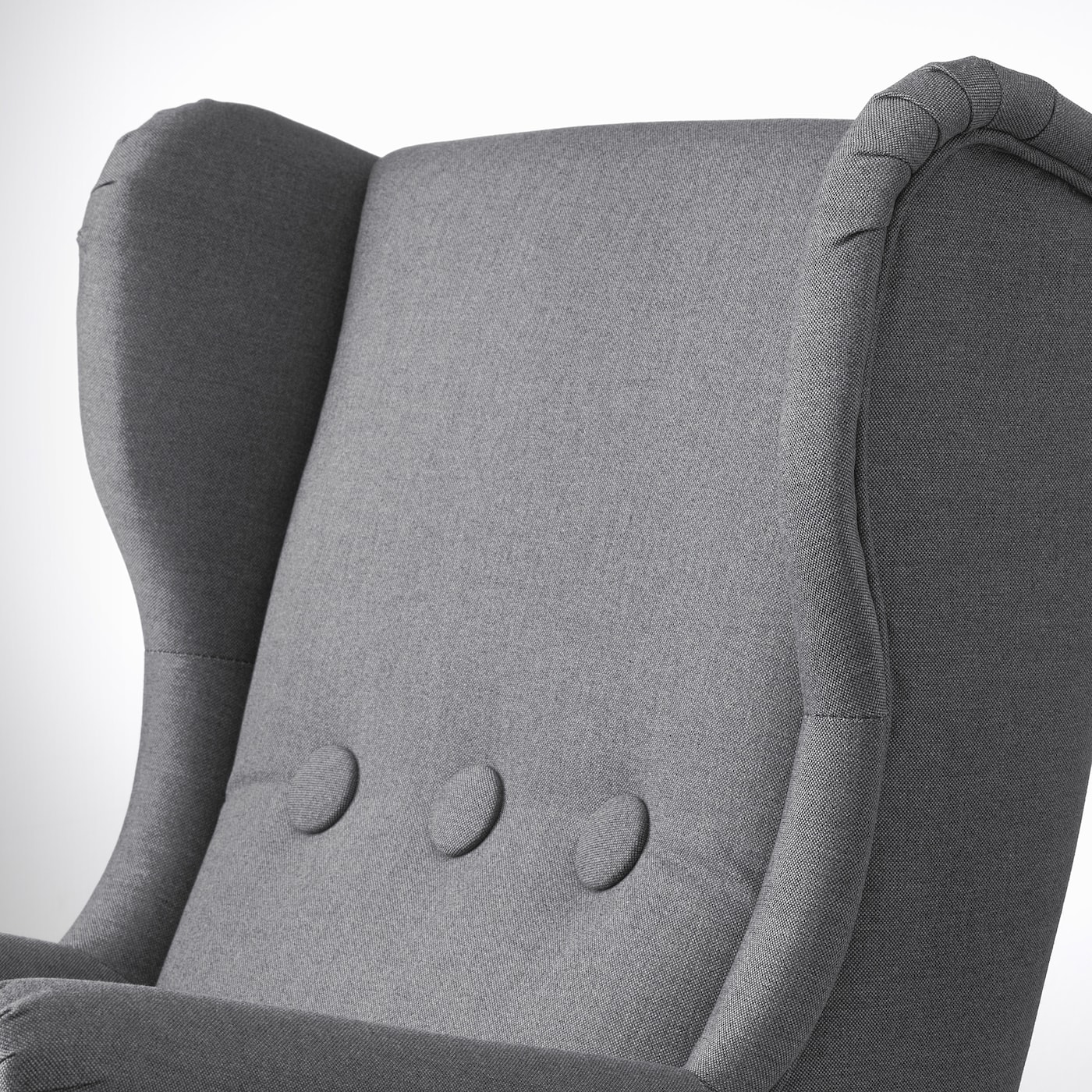 Are you familiar with STRANDMON armchair? This is the children’s version, based on children's sizes, how they sit – and how they don't sit when the armchair suddenly transforms into a desert island or space rocket. Because when speaking to experts, we learned that having one's own, safe and comfortable armchair in the right size is more important than we may think.  Read more
Imagining that you are driving a car, working at the office, cooking food… "To mimic adults is a way for children to recreate the things they have experienced so that they can understand the world around them and how they fit in it," says Barbie Clarke, a child psychologist who has researched children and their development. With this insight, we wondered which armchair could be appreciated by children if the size was adapted.

All in all, it is about children being accepted and seen as the little humans they are. "If children are allowed to sit in a chair in their own size, they feel more involved in their surroundings,” says Barbie. “It really is essential for them."
Read less

£99
Available for delivery
Checking stock
You have 365 days to change your mind.