The shelf becomes one with the wall thanks to the concealed mounting hardware.

4.2(116)
Can"t hold its own weightClarissa J.Unless you're planning on hanging this on a wall made of brick, stone, or cement, I would strongly advise against this shelf. Due to the spacing of the holes in the bracket, only one of the eight screws lined up with a stud. For the other screws, I used anchors rated for 46 lbs each. The shelf sagged badly immediately. I tried screwing it tighter to the wall, which helped for about 12 hours before it sagged just as badly as it did initially. Now that I've removed the shelf, I have seven gaping holes in my drywall from the anchors and one regular-sized hole from the screw (whish was already pulling out of the stud.) This shelf is not worth the sawdust it's made of.1
Versatile!GladysThis was perfect as a mantle in my daughter's apartment. Simple, clean lines, good for a contemporary design. I also purchased a white one some time ago for my tv wall. They are easy to hang and sturdy as long as they're installed appropriately.5
Love this as a floating shelf!MaryThis is such a great option, it’s best is mounted in a stud.5
mounting annoyanceTODD L.WHY, why, why would you create a bracket that clearly should be screwed into studs and have multiple pre-drilled mounting holes, but nearly none of them are 16" apart? (to be fair, the two outermost holes are at 64" apart so you can hit stud with them but all the ones between do not hit studs). In fact, there are so many holes you would think that even by accident, some would be at 16. I bought one of these shelves nearly 20 years ago and it had the same issue and I hoped that this obvious and exceedingly easy to correct fault would have been corrected by now. Do better IKEA3
Lack shelfBiancaLove, sturdy, fits the esthetic of my home.5
Like the lack shelfDianaThe shelf is a perfect fit for above a closet. It gives extra storage space for light things and looks great. The only problem was trying to get one side of the shelf to line up the hole and shelf bracket to secure it. I was a chore but finally got it to work with a little elbow grease.5
Great Floating ShelfDUNCANMy wife wanted a better way to display her Lego builds - this shelf works great! I’d give it 5 stars if there were horizontal mounting slots to more easily line up with wall studs.4
I bought the largest one!CelisI bought the largest one! Looks amazing, easy to assemble, and very sturdy, you need another person to help you to install it!!5
The only floating shelves worth buyingMaxwell B.The internet is full of floating shelves like this, but they all seem to be exactly the same…and they’re all junk. The quality of this shelf and its bracket is just superb.5
Lack ShelvesDesireegreat quality - just frustrated that you are always sold out.5
Floating shelfVALERIEThe shelf itself is great, the only complaint would be that there were no screws included and usually most purchases from IKEA comes with all the hardware needed.4
Easy to install, solid bracketsBayard G.I've moved twice since I bought the 43" size, and reinstalled it each time. Another reviewer complained that the holes in the bracket didn't match stud spacings, so he had to use too many wall anchors, and others have complained about stability. The solution to both problems is to drill new holes in the bracket so you can align screws with your stud spacing. Warning: the 11-3/4" version has a different and terrible mounting system.4
GoodarturoPrice has gone up a lot since I first bought this item. Not all ikea fault4
Floating shelvesDEBBIVery satisfied, I bought 2 for my living room in my new house. Lots of compliments.5
Floating shelves.DanielThese shelves look great but when installing, the holes available in the frame do not line up with the studs. Meaning you have to use too many wall anchors to intall.3
Great!DavidGreat!5
The longer the shelf theJORGEThe longer the shelf the weaker the bracket that holds it in place. It’s already starting to lean down, and I am using 3” screws into the studs.3
SagsLESLEYI love the look of these shelves but it tips forward under its own weight2
Not very sturdy, kina bulky,MarkNot very sturdy, kina bulky, support is flimsy...3
UselessAudreyArrived broken so very cheaply made1 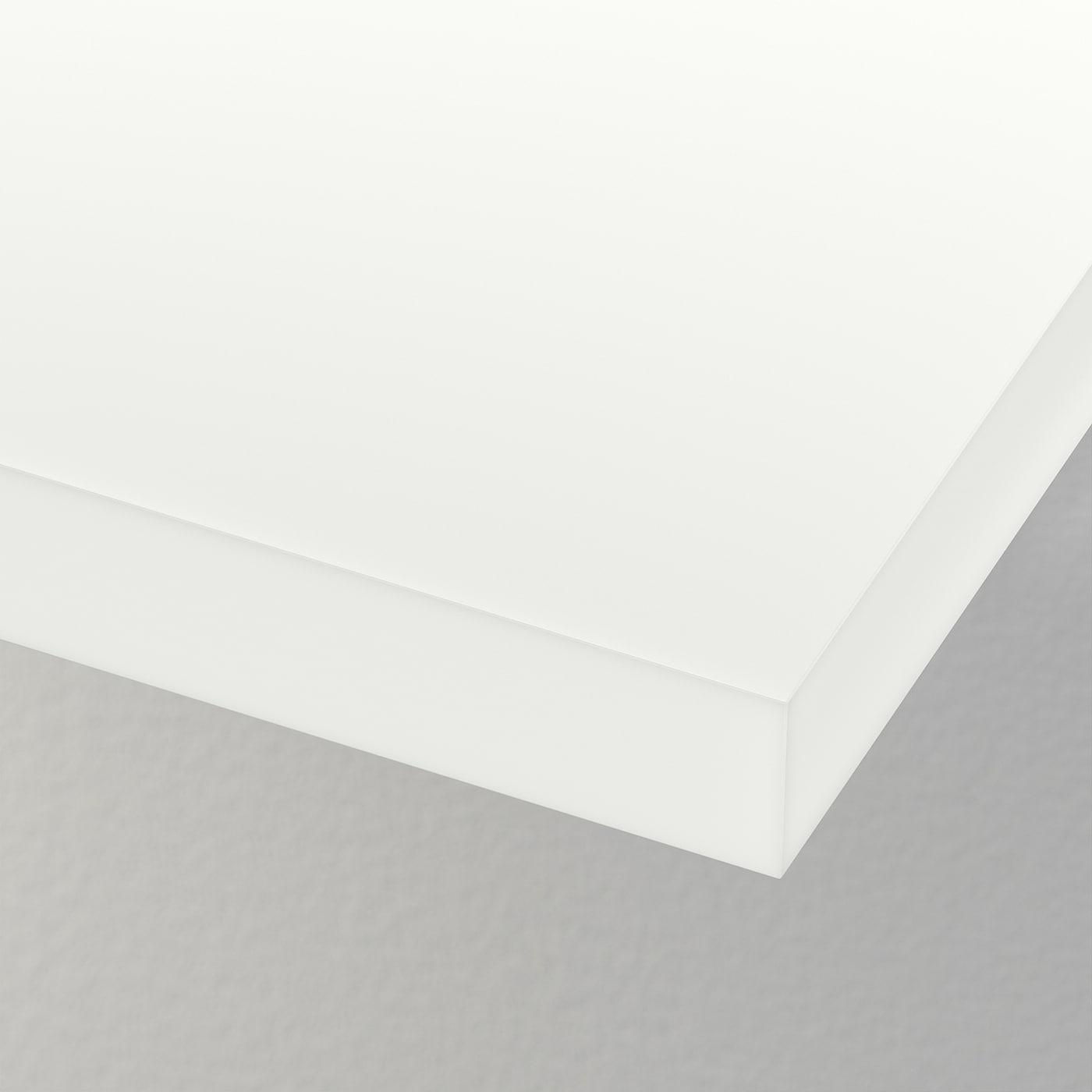 We use constructed boards when manufacturing many of our pieces of furniture, such as tables and wardrobes. They are light and resource-efficient, yet still stable and strong. Each board has a frame made of chipboard, fiberboard or solid wood, while the inside is a honeycomb filling structure made of mostly recycled paper, which is extra durable thanks to its special construction. The board is then covered with a protective paint, foil or veneer depending on the style wanted.