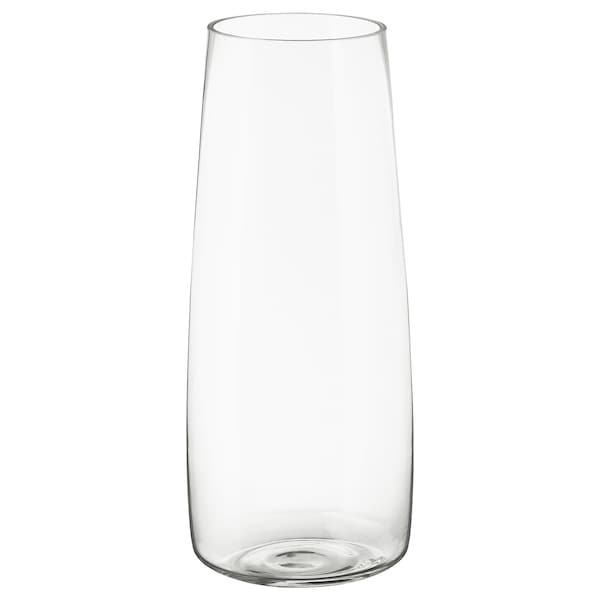 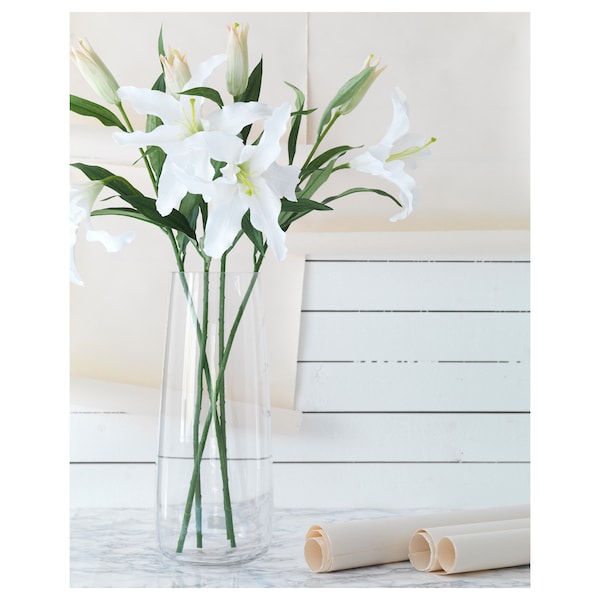 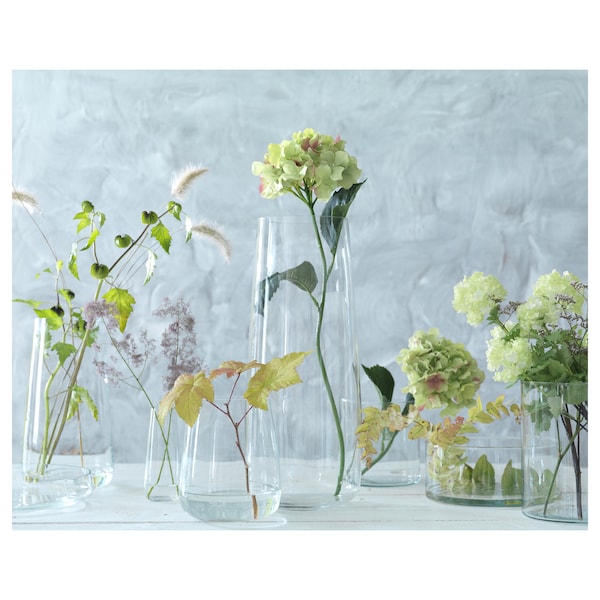 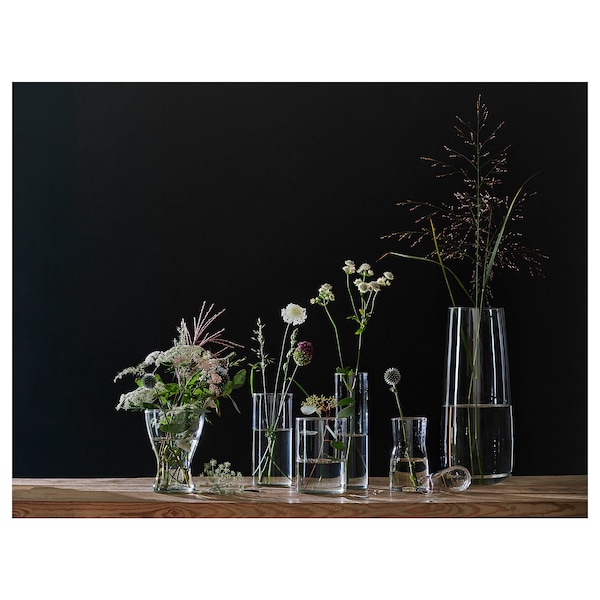 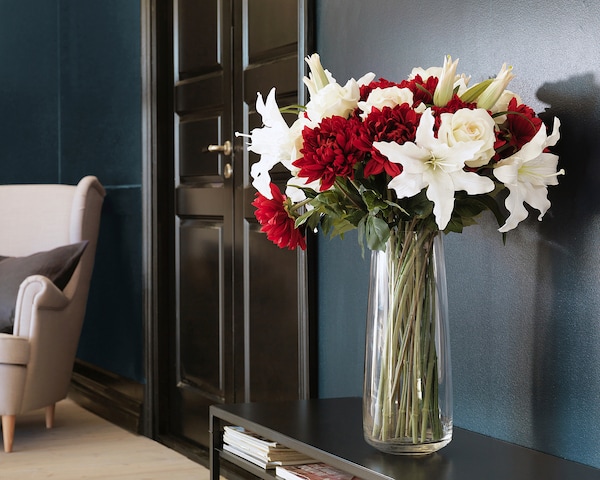 The large vase is mouth blown by a skilled glassblower who has developed the art of creating finished glass products over many years. The size gives the vase character and makes it a real eye-catcher.

The vase is perfect for lilies and other long-stemmed flowers.The glass vase is mouth blown by a skilled craftsperson.Glass is a fragile material and even thick-walled, robust designs should always be handled with care.Be especially careful when lifting, moving and putting down the vase on hard surfaces, or if you fill it with decorative fillers, such as stones.The material in this product may be recyclable. Please check the recycling rules in your community and if recycling facilities exist in your area.Designer Flowers seem to have almost magical powers. They bring an ambience and flair that brightens up just about any day. But the way people buy and use them differs between countries. Our product developer Anh Linh and her colleagues knew this from experience. To learn even more, they brought in an expert. Ragnhildur Fjeldsted, a professional florist based in Iceland, shared her many insights from different parts of the world. She helped Anh and the team to find the answers they needed to create BERÄKNA vases.

To make our mouth blown glass, we collaborate with skilled glassblowers who have developed the art of creating finished products over many years. At the glassworks, the glassblower gathers molten glass on a pipe and carefully shapes the glass. The talent, experience and creativity put into production makes each product personal – a piece of art in your home.