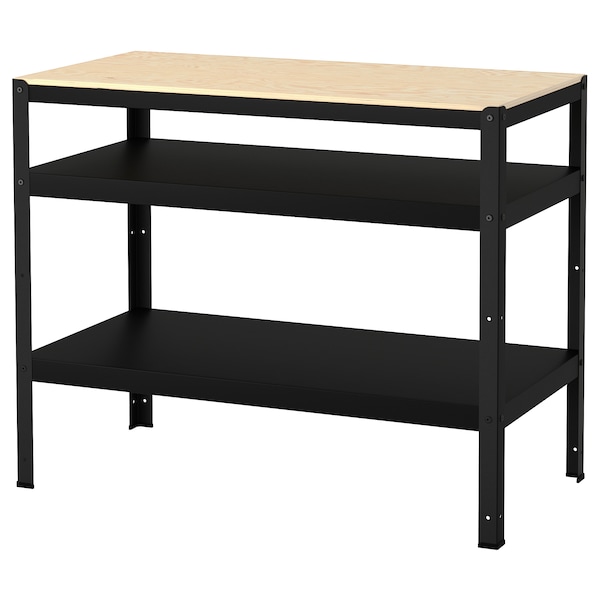 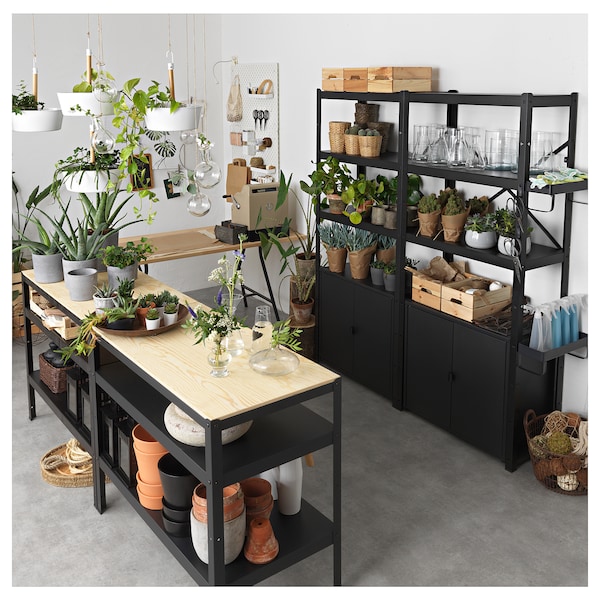 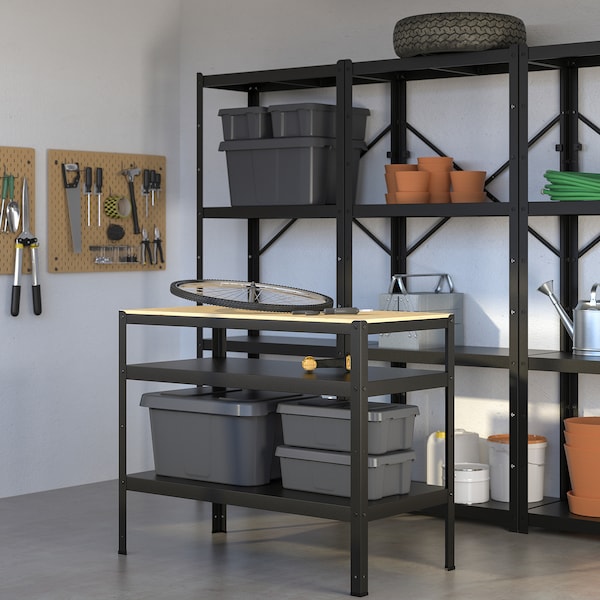 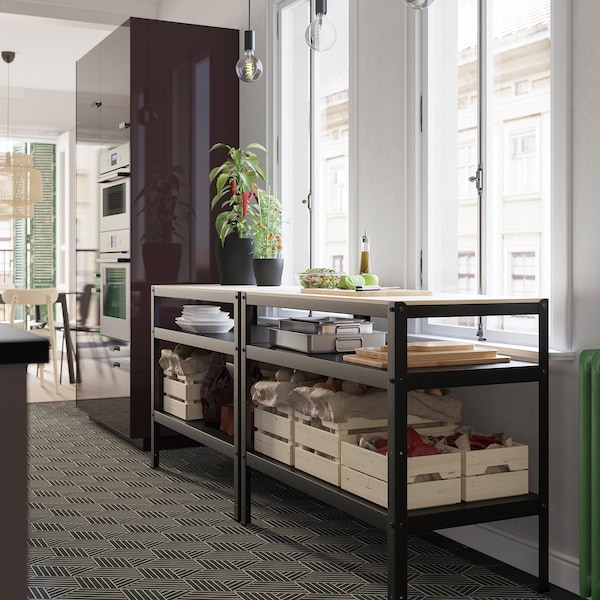 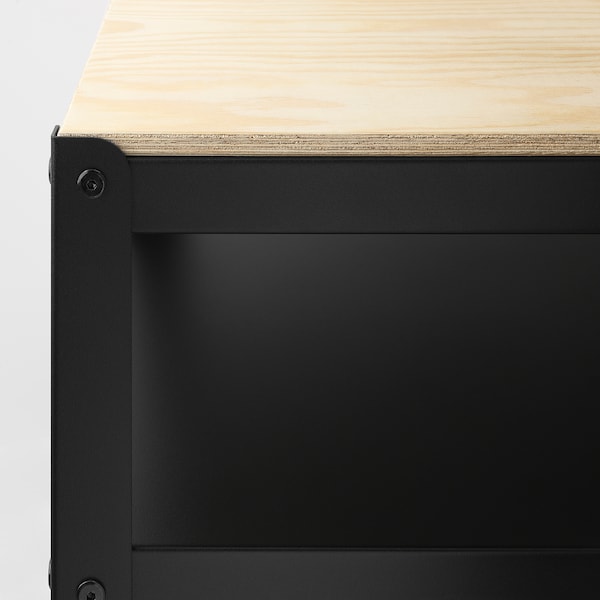 Heavy-duty, our way – a sturdy storage system that withstands moisture, dirt and heavy loads. Also easy to assemble, complete as needed and fits everywhere thanks to its clean design. Read More

A sturdy work bench that fits just as well in the garage as in the kitchen or living room.

Can be used in damp areas indoors.

Only recommended for indoor use.

The untreated wood becomes more durable and easier to clean if you oil or wax the surface.

For maximum quality, re-tighten the screws when necessary.

This storage unit has been tested for office use and meets the requirements for durability and stability set forth in the following standards: EN 14073, EN14074, ANSI/BIFMA x5.9 and ISO-7170.

Wipe clean with a dry cloth.

For maximum quality, re-tighten the screws when necessary.

The untreated wood becomes more durable and easier to clean if you oil or wax the surface. 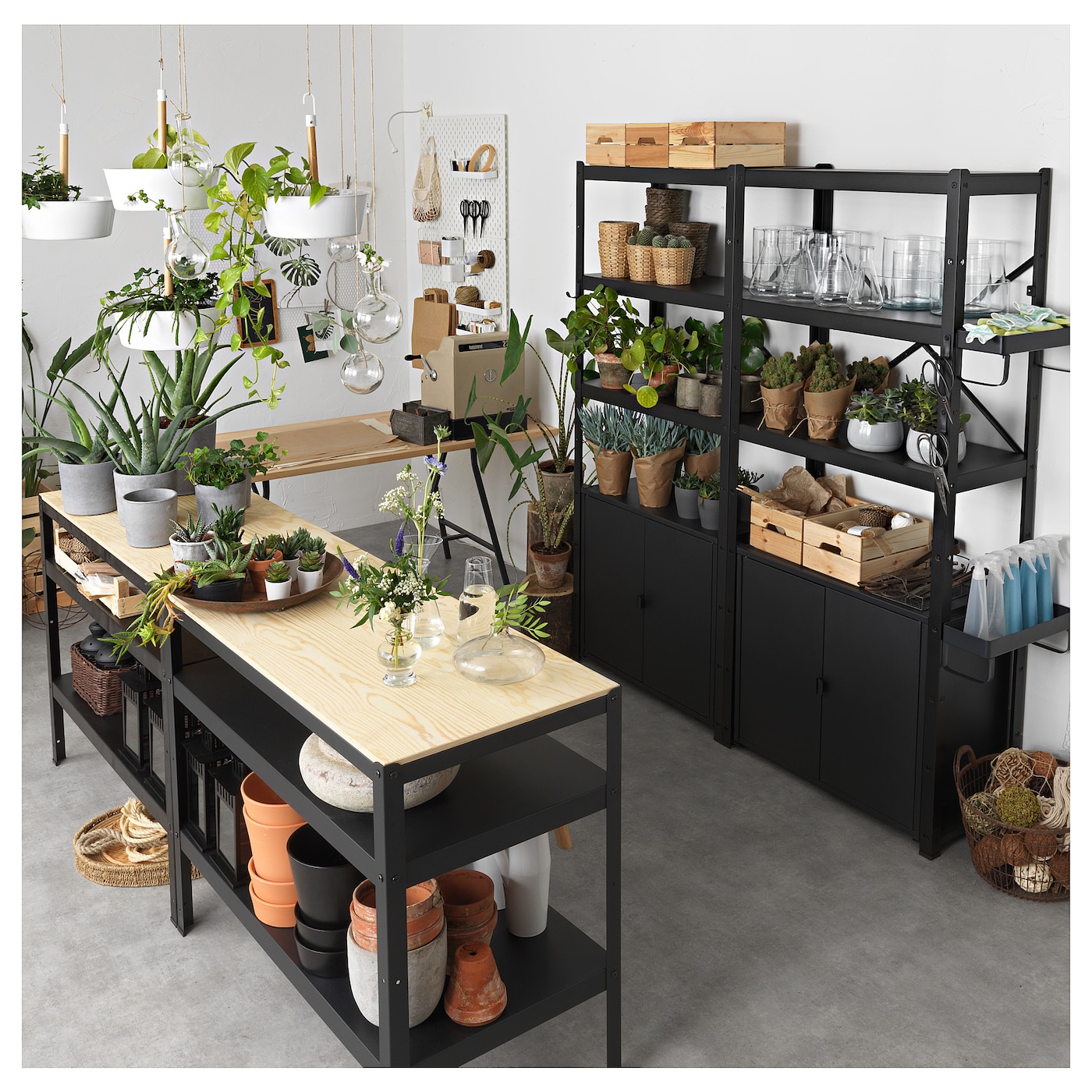 The strongest storage we’ve made so far
Does your garage sometimes feel like a lost civilization? Pyramids of paint cans grouped around the car, sports equipment you can’t remember even using and forgotten hobbies in boxes stacked high. IKEA product developer Lina Ringefelt wanted to help out. The outcome: the heavy-duty BROR storage system.
Lina and her team researched peoples’ garage needs and found that there’s an interest in everything from full-on hobby rooms, to a place to pot plants and work on cars, as well as storage for everything from heavy power tools to seasonal equipment. Many people also want lockable, closed and open storage that could hold very heavy loads.

The result is an adjustable series of shelving units with closed and open storage, including a trolley that serves as a movable shelf and workstation. But perhaps the series biggest calling card is its combination of looks and function. BROR could definitely be used in the home too.
More from the BROR system
More Kitchen islands & trolleys