The lion is the world's second largest cat species and is easy to recognise with its big mane. This cosy soft toy is also big – and also good at hugging and comforting when your child is scared or tired.

The lion is called the king of animals and is a powerful cat with a big mane and golden fur. It prefers to live with others and would really like to be a part of your family.

All soft toys are good at hugging, comforting and listening and are fond of play and mischief. In addition, they are reliable and tested for safety. 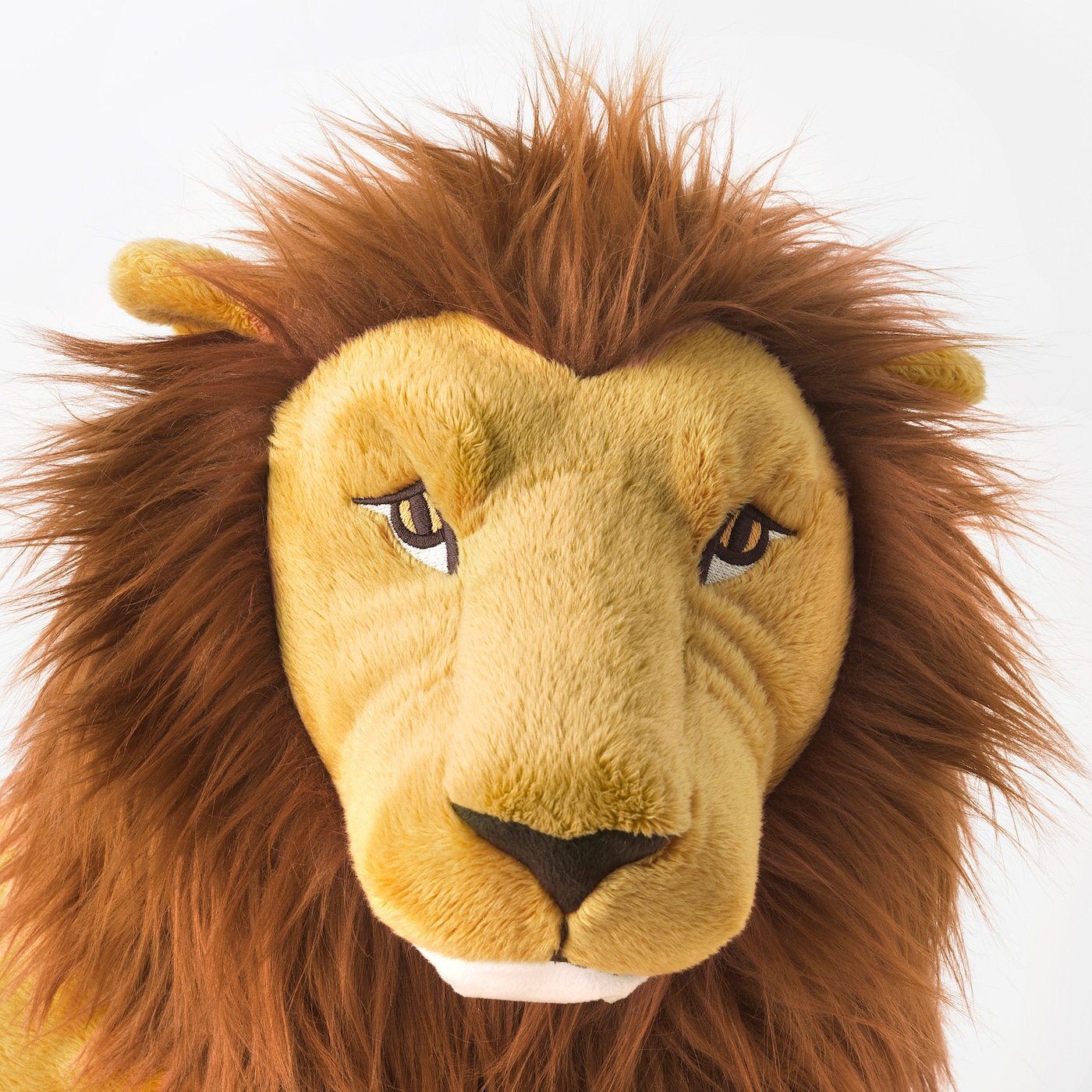