Doing it a different way

We constantly ask:
Is there a better way? That’s how the IKEA home furnishings offer remains unique and how we try to make everyday life better for the many people. 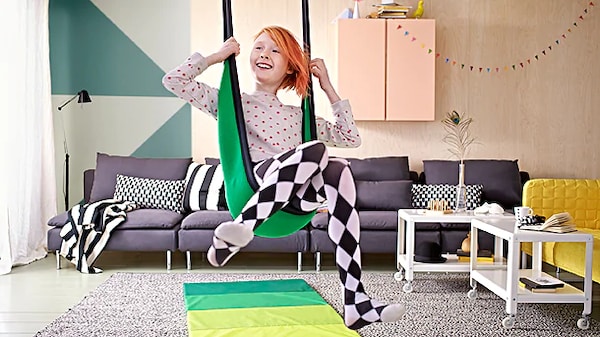 “To create a better everyday life for the many people”, this is the IKEA vision. Our business idea is “to offer a wide range of well-designed, functional home furnishing products at prices so low that as many people as possible will be able to afford them”.

We work hard to achieve quality at affordable prices for our customers through optimising our entire value chain, by building long-term supplier relationships, investing in highly automated production and producing large volumes. Our vision also goes beyond home furnishing. We want to create a better everyday for all people impacted by our business.

Today, IKEA reaches millions of hearts and homes all over the world, but every success story has to start somewhere. Did you know that IKEA once was as a tiny business in Älmhult, a small Swedish village in the countryside, selling through a mail-order catalogue? And that the IKEA headquarters for design are still located there? Here’s our story. 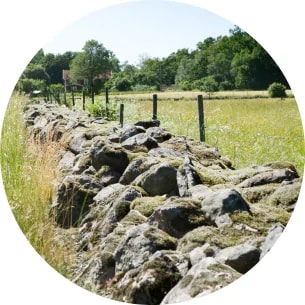 Ingvar Kamprad founded IKEA in 1943 at the age of 17, selling household goods like pens, wallets and picture frames. Småland, the landscape where Ingvar grew up, was stony and rugged. Back then, many of the inhabitants had to get by with small means, making as much as possible with next to nothing. Because of this, Smålanders are said to be thrifty and innovative, with a “no-nonsense” approach to everyday problem solving. This heritage is one explanation to the IKEA way of doing things and to our success.

The development of the IKEA logo over the years:

IKEA is named after the initials of founder Ingvar Kamprad, Elmtaryd, the farm on which he grew up, and Agunnaryd, the nearby village.

Because Älmhult, the town where IKEA was founded, is in a rather remote area of Sweden, it was difficult to reach potential customers in the bigger cities. Due to this, the IKEA catalogue was born in 1951, and Ingvar had already decided IKEA should sell good furniture at low prices:

“Why are beautiful products only made for a few buyers? It must be possible to offer good design and function at low prices.”
– Ingvar Kamprad 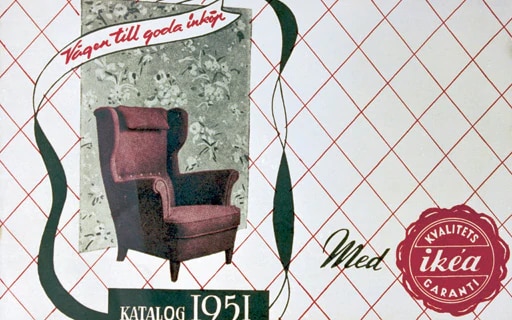 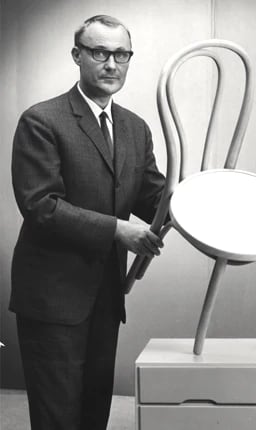 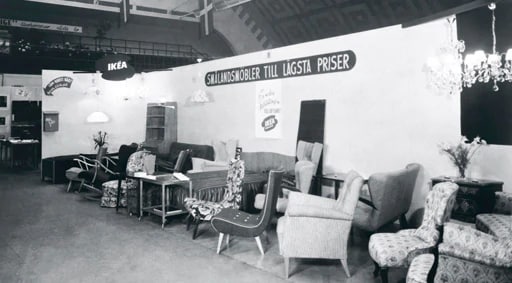 The prices in the first IKEA catalogue were so low that people were initially sceptical about the quality of the products, so Ingvar decided to convert an old workshop in Älmhult into a showroom where people could look at and try products before ordering.

How the flat-pack idea was born

Mail order distribution of bulky furniture was difficult and expensive, and products often got damaged. In 1956 we got the idea to take the legs off the LÖVET table, which led to the idea of self-assembly and flat packing.

Today LÖVET is back at IKEA, now named LÖVBACKEN. A little table that contributed to a great idea. 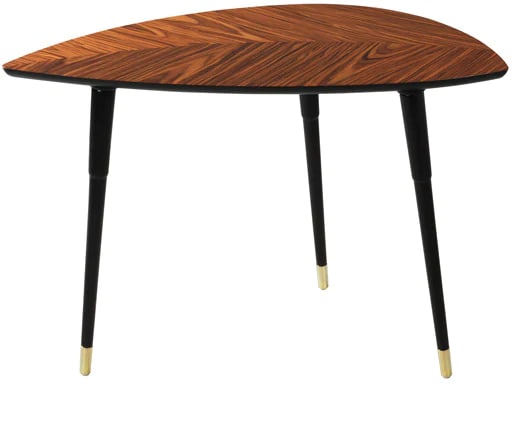 Throughout our history, our best ideas have come from our biggest challenges, and we believe this is what makes us different. Today, IKEA is one of the most well-known home furnishing brands in the world and, if we include the many thousands employed by our suppliers, around one million people is working with us to make our vision to create a better everyday life for the many people become reality. And this is just the beginning. Like Ingvar Kamprad used to say, “Most things still remain to be done. A glorious future!” 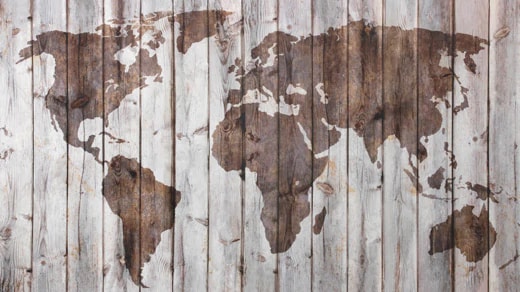 One brand – many companies

Our brand represents the sum of everything that we say and do. It links all IKEA retailers and other IKEA businesses together.

Reaching the many people with our products can be a challenge, that’s why we work with a business format called franchising. Our franchise system allows for international expansion, while protecting the IKEA Concept. Inter IKEA Systems B.V. is the IKEA franchisor who continuously develops the IKEA Concept and ensures its implementation in all markets. The franchisees run the day-to-day retail business and pay a franchise fee to do so.

Inter IKEA Systems B.V. is the owner of the IKEA Concept and worldwide IKEA franchisor, and they have assigned other IKEA companies to develop range, supply and communication. Together with IKEA franchisees, we improve and develop IKEA to be more relevant and inspiring.

The list refers, in a simplified way, to companies/groups of companies operating IKEA retail businesses in one or more markets. The listed names do not represent the legal company name of the franchisee companies that have entered into franchise agreements with Inter IKEA Systems B.V. 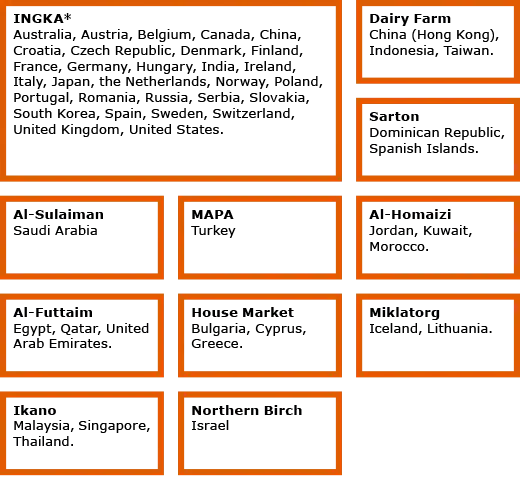 We are moving from operating as IKEA Group to operating as Ingka Group. We do this because we run a number of businesses adjacent to IKEA Retail that aren’t technically part of the IKEA Concept, and want to clarify who we are as a company in relation to the IKEA franchise system.

Ingka Group has three business areas: IKEA Retail, Ingka Investments and Ingka Centres. IKEA Retail is our core business area and we operate it as a franchisee of the IKEA franchise system. It is the world’s largest home furnishing retailer operating 367 IKEA stores in 30 markets* These IKEA stores had 838 million visits during FY18, while IKEA.com had 2.35 billion visits. 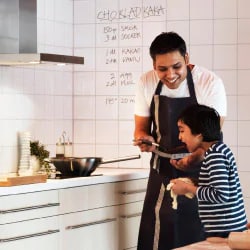 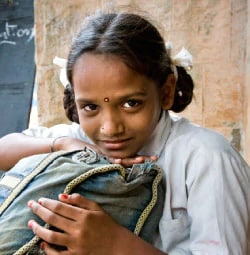 For a sustainable future

Discover what sustainability means to us and what we are doing to take care of people and the planet.

Beginning of the dialog window. Pressing the escape key will cancel and close the window.