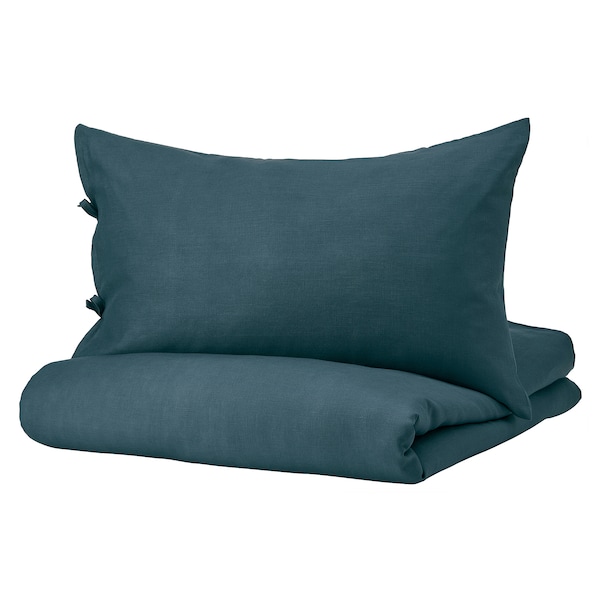 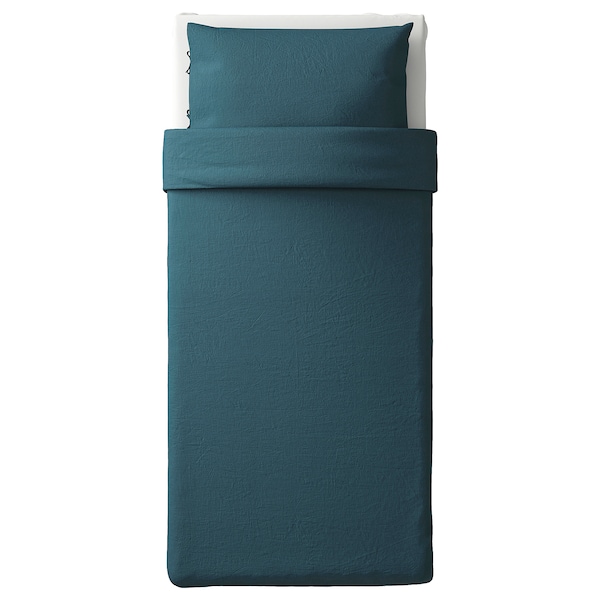 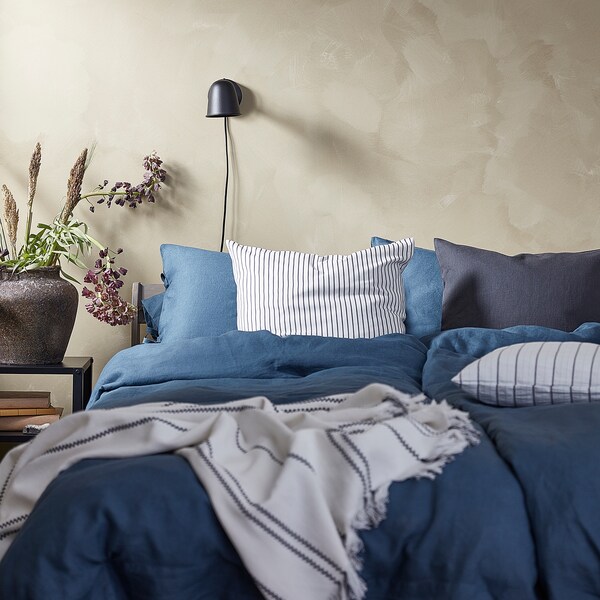 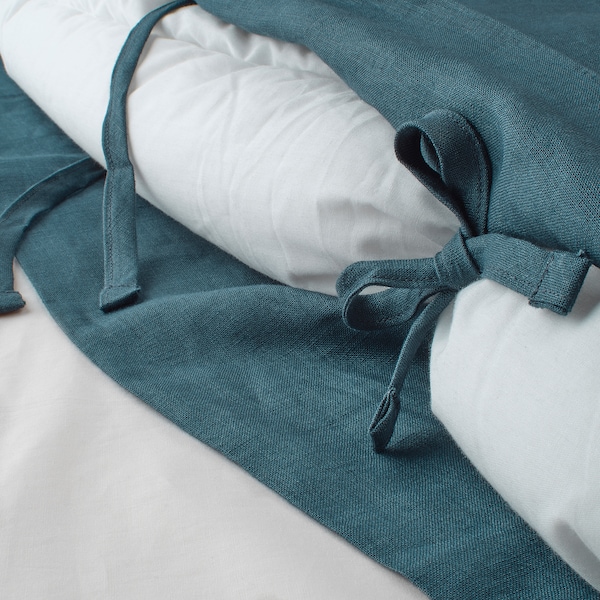 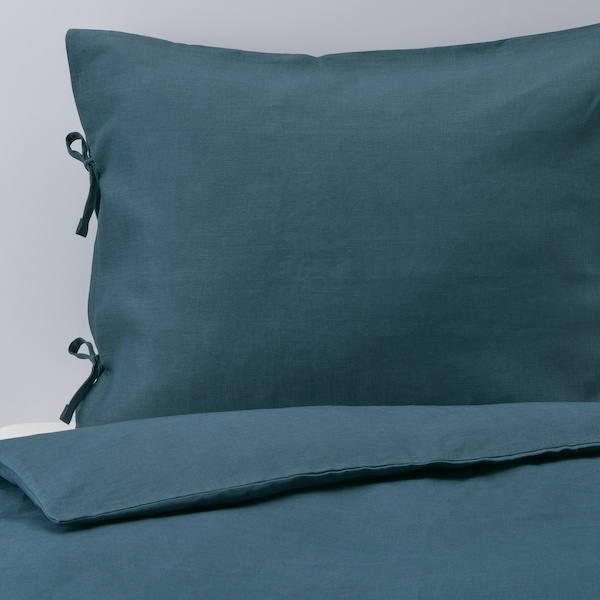 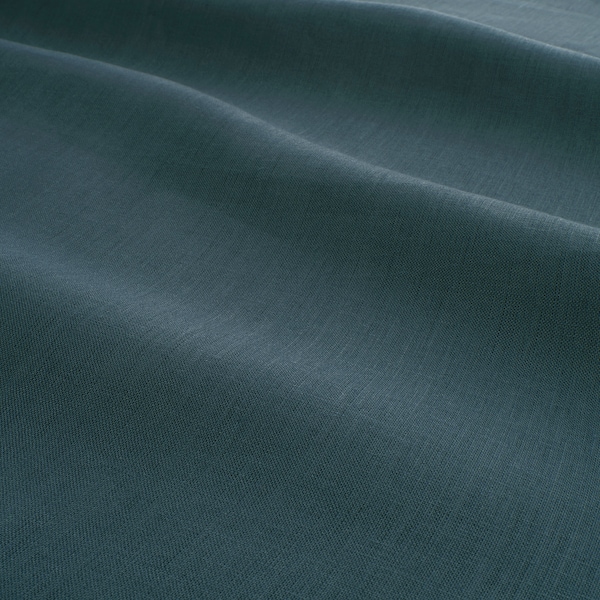 The natural fibers in linen create subtle variations in the surface which gives your bed linen a distinctive texture and matte luster.Linen helps your body to maintain a comfortable, even temperature all through the night because it breathes and absorbs moisture.Decorative ribbons keep the quilt and pillow in place.Includes: 1 Twin duvet cover and 1 pillowcase.104 thread count.Thread count indicates the number of threads per square inch of fabric. The higher the thread count the more densely woven the fabric.Pillowcase with decorative ribbons.Designer