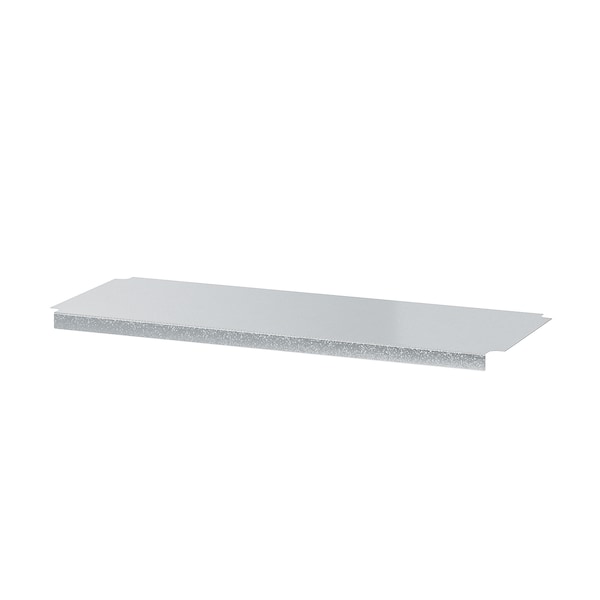 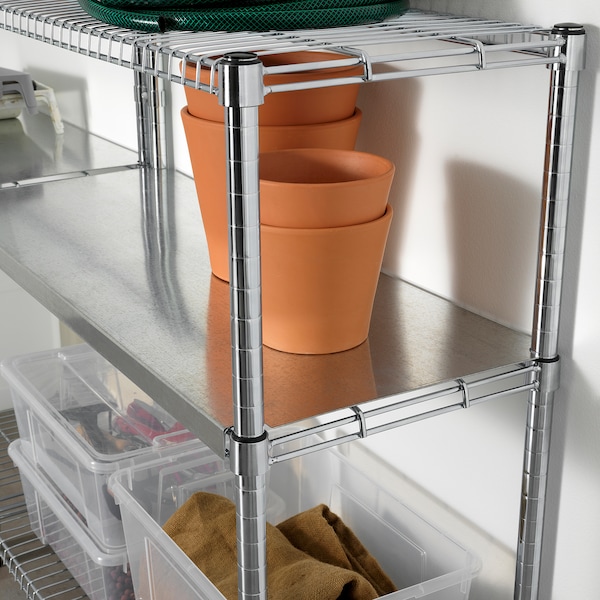 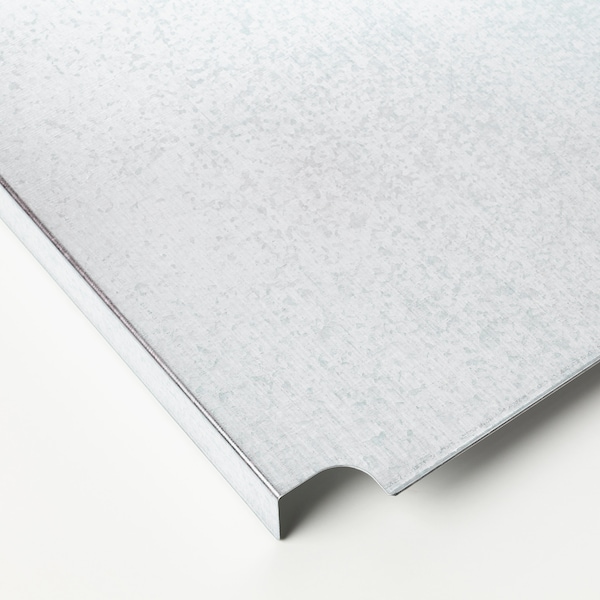 Perfect if you want to put small things on the wire shelf since the cover makes the shelf even and stable.Easy to attach and remove.Can also be used in bathrooms and other damp indoor areas.Fits OMAR shelving unit, 36¼x36¼x14⅛".Recommended for indoor use only.Designer 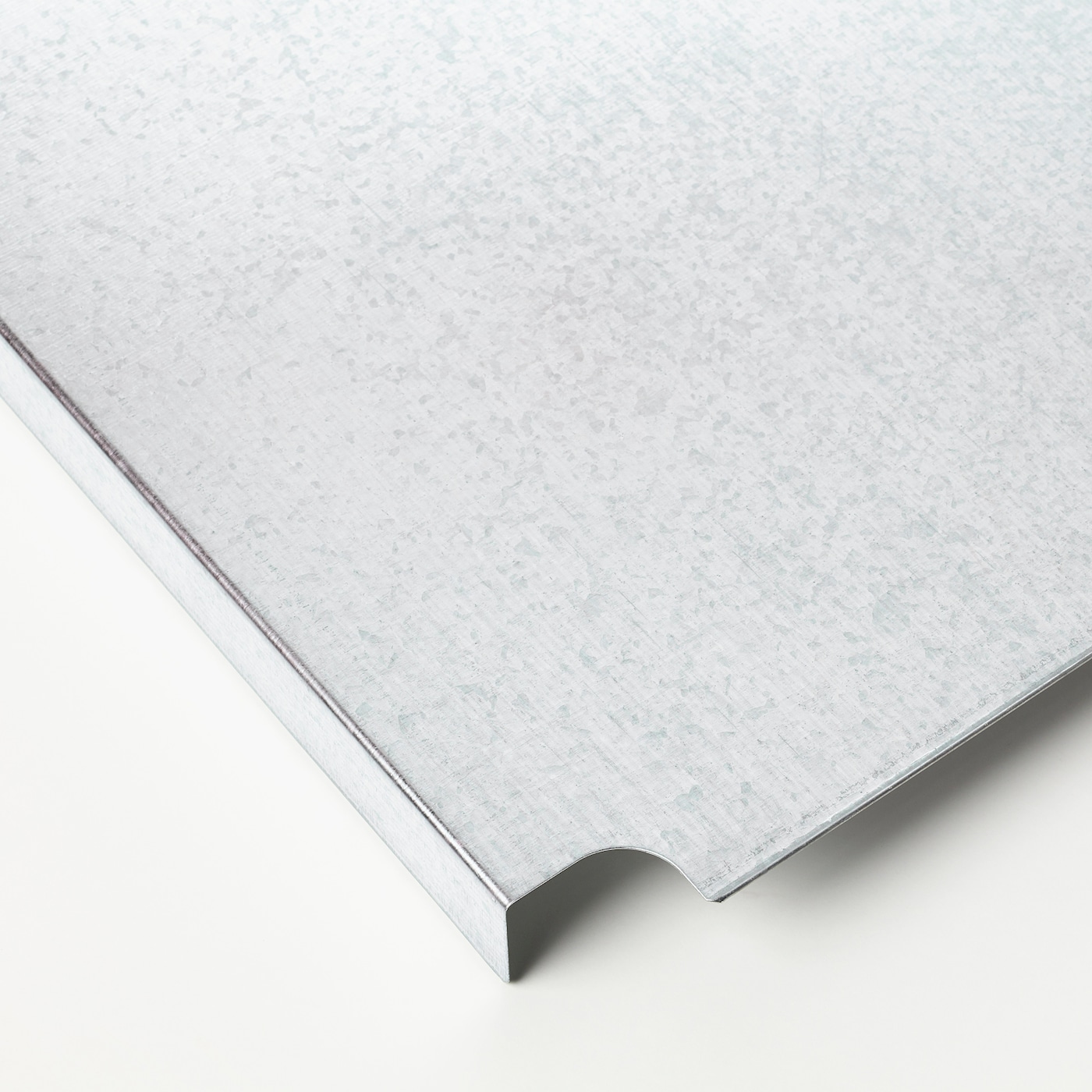 A big difference in storage with big help from the world

OMAR shelving units have been storage favorites in homes across the world since 2003. When we decided to add more products to its family, we invited the world to help! Even though we knew customers in different countries store things quite differently, we wanted to ensure what we made worked well for everyone, everywhere.  Read More
We started as we always do at IKEA—with life at home. So Karin Blindh Pedersen and her team colleagues visited homes across the world and did research about storage. Karin says they expected to see shelving units like OMAR mostly used to store food or appliances and closely connected to the kitchen. "It may sound obvious, but we were surprised that people used OMAR wherever they had space—an alcove, laundry room, covered balconies, entryways," she says. "We saw one in a garage where the family had bottles of water and wine on one side and arts, crafts and tools on the other side." So they used their new insights, former products and factory suggestions to come up with about 15-20 product ideas that would make OMAR even more flexible and storage friendly. Drawers, baskets, wider units, color options, casters. Then the team did something new.

They asked the world for feedback! Sales co-workers in 38 countries received the team's sketches and photos of OMAR product ideas. Terri Dierolf got them. As a sales leader, she uses her in-depth knowledge to decide which storage products to sell in the United States. "The team told us 'Here are our ideas. What's your input?'" Terri says. She explains that typically, she and other sales co-workers see the product after it is finished. "Usually some very simple changes would make a product more useful," she adds. "Now we're involved from the beginning and can suggest those small changes so the final product is even more relevant to people everywhere." Then Karin and the OMAR team analyzed the feedback, did some math, and worked with the United States, Canada, China, Italy and Russia to narrow down the choices. Only three would be made.

The final products are small but make a big difference by helping you store more, use unused space and join multiple units—a shelf cover, clip-on basket and connection hardware. From the start, Terri liked the shelf cover. "I think it's very clever. You can put more things on a shelf without having anything fall through, and it makes OMAR look much more industrial, too." Plus, the accessories work with existing OMAR shelving units, so you can maximize the OMAR you already have. "The project was a challenge because there were a lot of cooks in the kitchen, so to speak," Karin explains. "But when the sales co-workers saw the final results, it was really nice to be able to say, 'Hey, look at our collaboration.'" Terri agrees. "I got a sense of pride when I first saw the accessories because I felt ownership. The whole process helps everyone."
Read less

Galvanized steel is a recyclable material with a protective layer of zinc which makes the surface durable and means that it’s very low maintenance.

From all of us to all of you

This product may seem small, but we made it through a big, global collaboration. Our co-workers gave feedback from the start to ensure the end result is really useful to you!