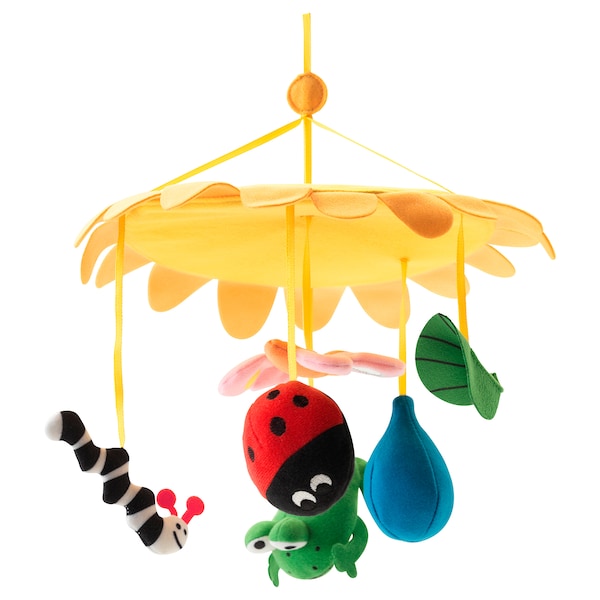 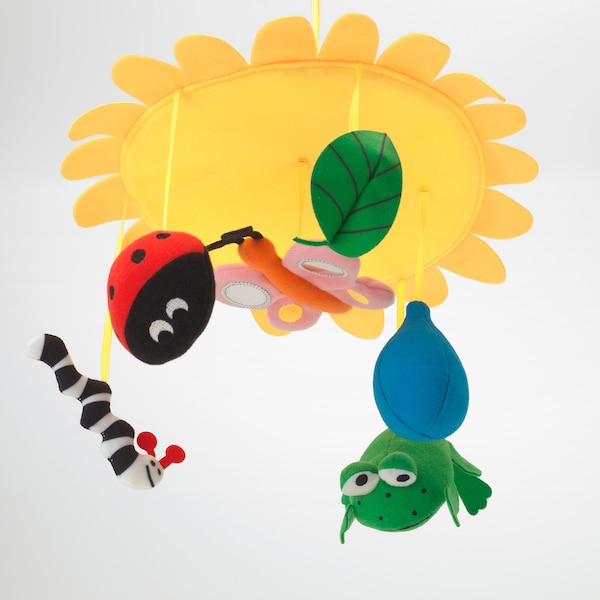 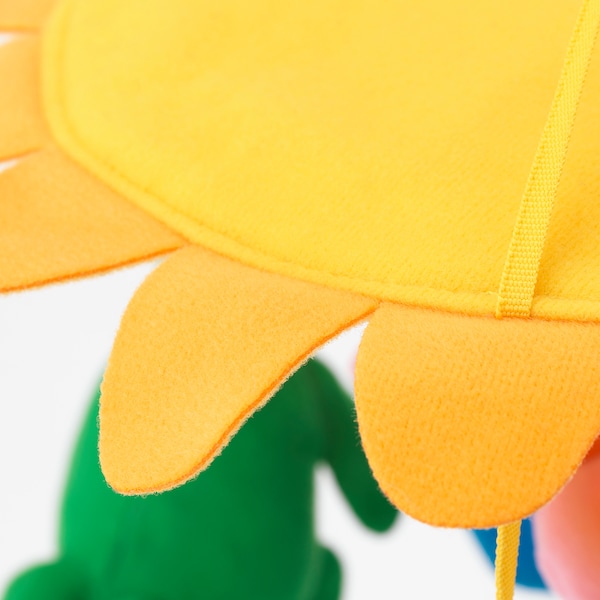 A mobile above the changing table gives your baby something to interact with during nappy changing.The figures and patterns face downwards to meet the child's upward gaze.Movement and sharp contrasts stimulate the baby's eyesight.WARNING! POSSIBLE ENTANGLEMENT INJURY -- Hang out of baby's reach. Attach to ceiling only. Do not attach to crib, playpen or wall.Recommended for ages 0-5 months.Designer

4.6(9)
Baby MobileCAROLINALove it and so did my grandaughter. Great quality and price.5
Too cute mobileKaren F.Purchased as a gift. Love the cute critters.5
Cute but incompleteSheraeI love this mobile but wish it came with an arm for the crib.4
Very nice mobile for crib,MariannaVery nice mobile for crib, colorful and soft. My daughter loves it!!5
Sunny MobileLindaBaby loves this one! I have to admit I did not expect baby to smile and giggle EVERY time I turn I turn it on. Oh yes, the music wind up thing is separately.5
Looks cheapAngry guyIt looked nice at the store from below. But from the side it looks very cheaply made. Not worth the price, I returned it.2
A Mobile for the BABYBinkyBarnesThis mobile is for the baby!! All of the bright and colorful components face downward so that the infant can see them! Most mobiles I looked at faced outward so that a baby laying down looking up would only see a side of the mobile’s toys. Mommy and baby both love this mobile!5
Simple and funNatjmoMy 10 week old baby boy LOVES this. I hung it over his bassinet from a little hook in the ceiling. I will spin it and let it twirl around above him. It gave him his first smiles! It still cracks him up daily. Favorite toy so far5
Very niceRakhi pGood product but little costly5
Skip listing 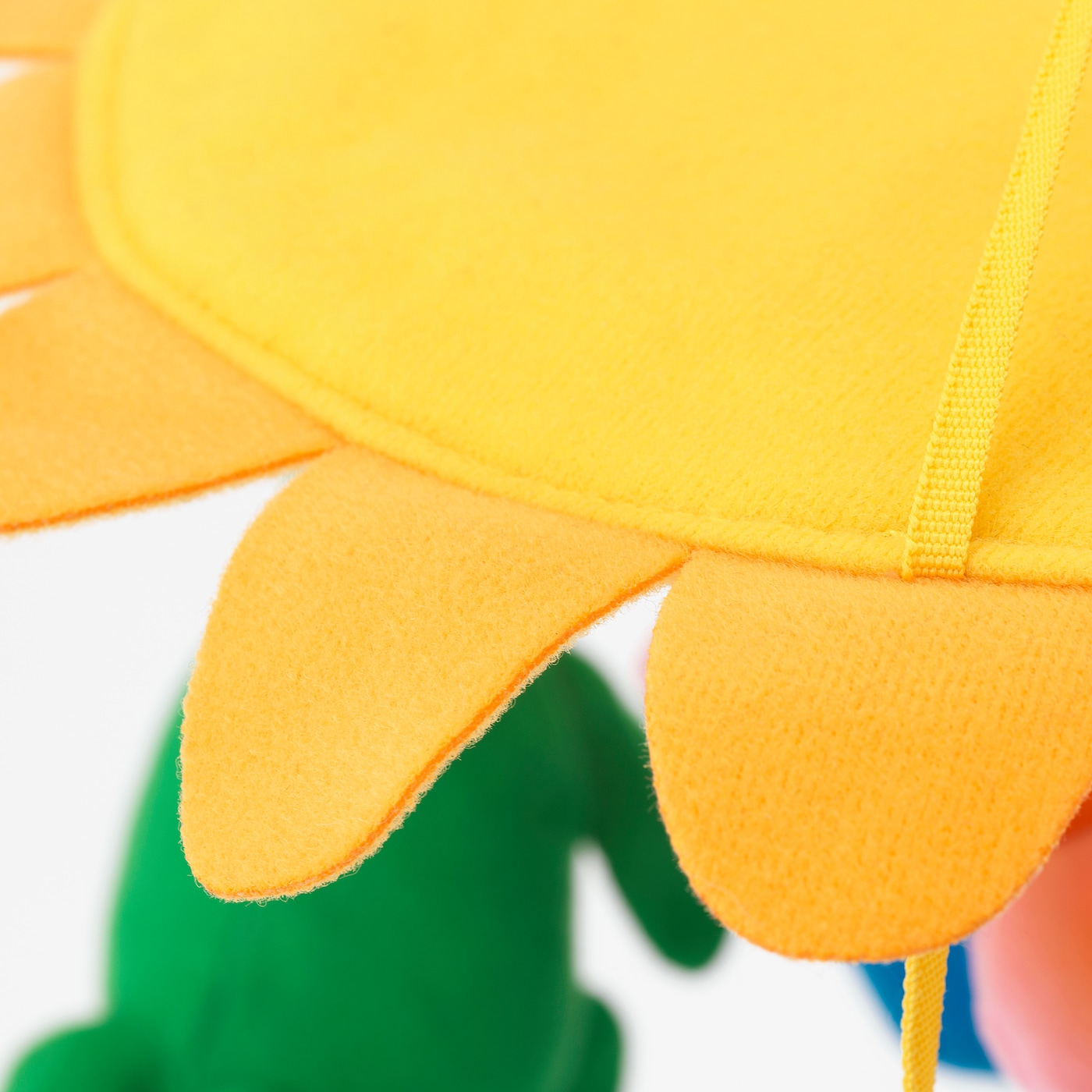