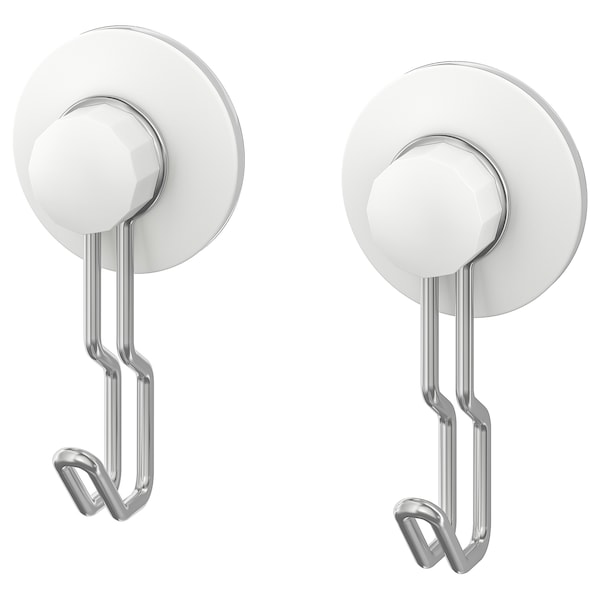 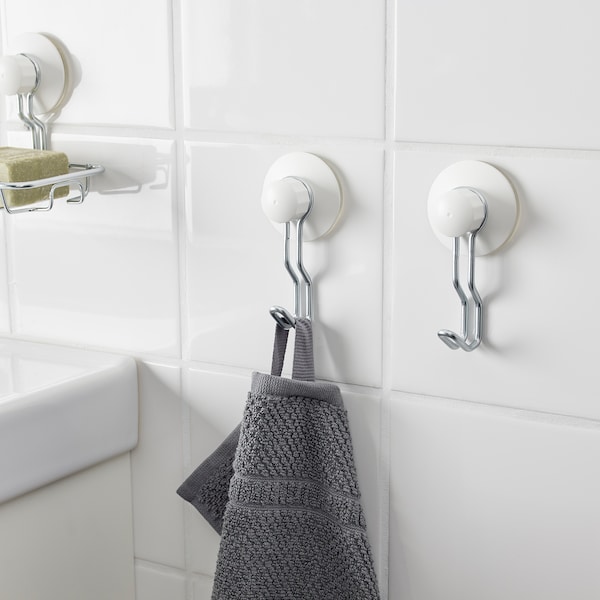 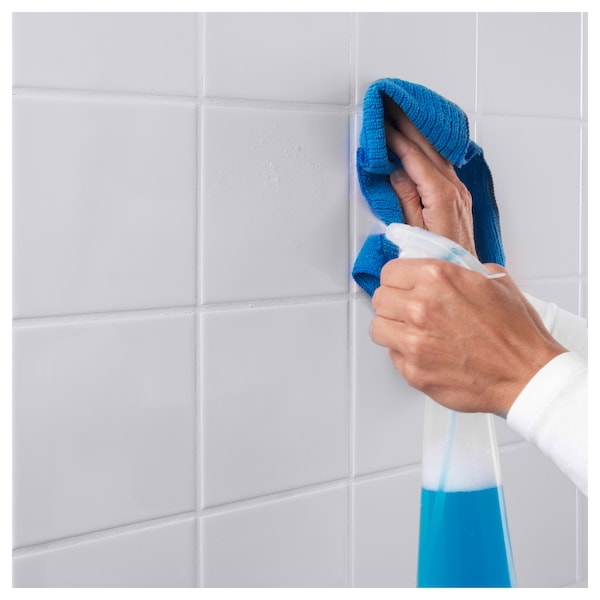 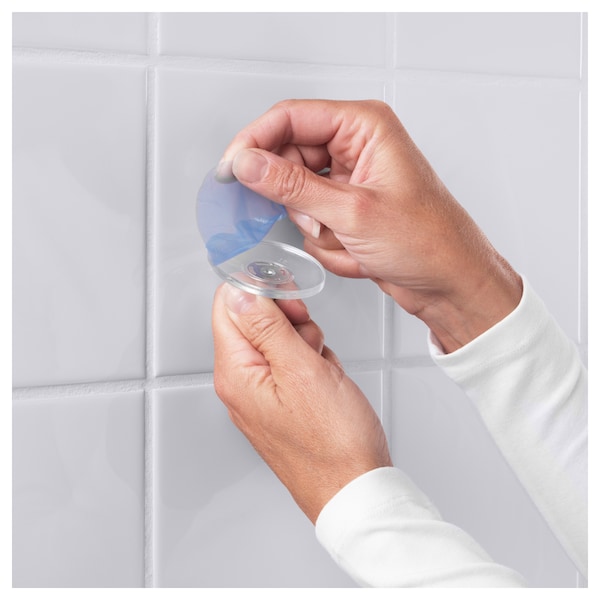 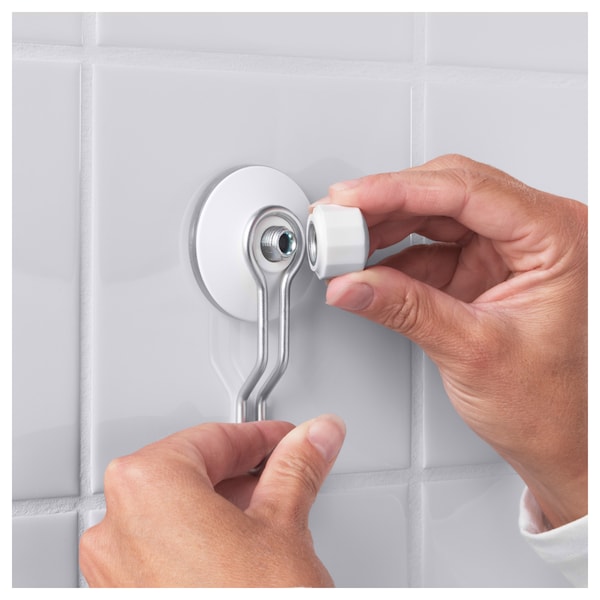 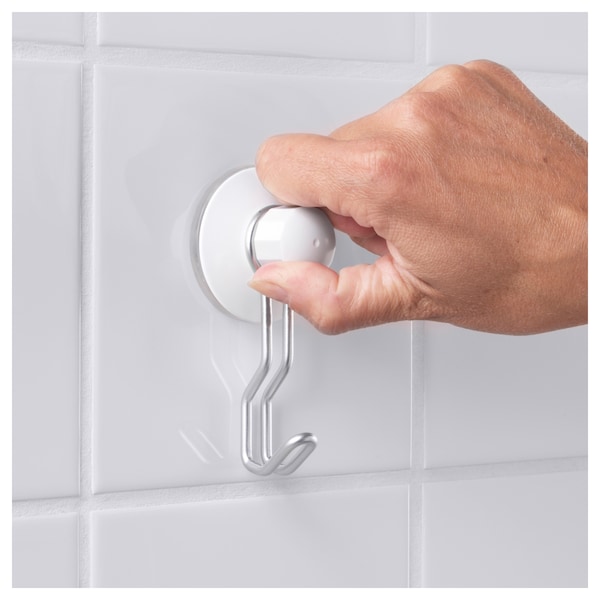 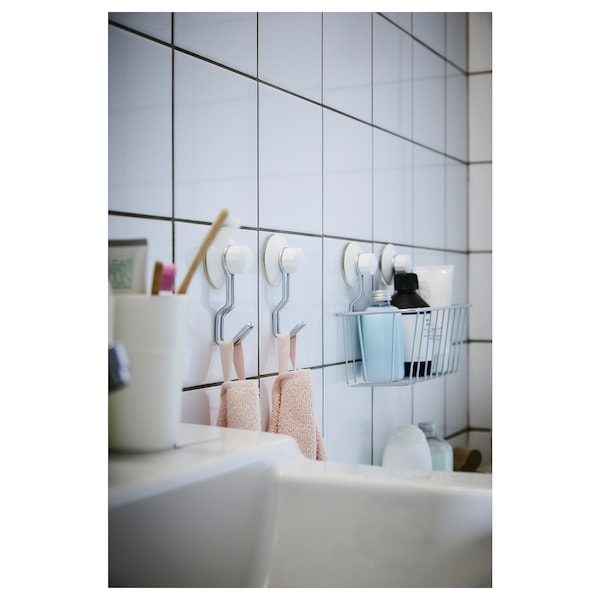 The IMMELN series give you maximum organization with minimum fuss. The suction cups grip tightly to smooth surfaces like tile or glass – even inside showers. Best of all, no drilling is needed!

Includes suction cups that grip smooth surfaces such as glass, mirrors and tiles.Made of zink-plated steel, which is durable and rust resistant. Only sticks on flat surfaces such as glass, mirrors, and tiles.If your walls are of a different material you can choose to screw the suction cups to the wall instead.For increased stability, make sure to retighten the screws every 3 months.Clean your tiles before mounting the suction cup to ensure a better grip.Do not attach to bathroom wallpaper or any other type of wallpaper since the product can damage the material.Designer

4.1(32)
Good product.LUCIAI use it on the shower wall to hang a squeegee, so far it works well and has not rusted.5
It stays in place longerDavidIt stays in place longer than any other I have tried. I assume that none will ever give me 100% of never coming down once placed until intentionally removed.4
Works greatDansker STLWhat a find from IKEA. It works perfect!5
HeatherVenItem fell down after a day or two.2
Awful.E yaelI bought a set and so did my daughter in law. Neither of ours would stay adhered to anything. She had bought a set several years ago and they are still working.1
Wall hooks with great suctionMalfComes in a set of two. I placed one on the shower wall and on the tile outside the shower. They stick perfectly to the wall and are heavy duty and good for robes and big/thick towels.5
Best hook.IsaPaintI thought these might be a bit bulky but they blend in and look great. They haven’t slid like some other lesser quality products.5
Disappointed in ProductWoyt504Bought this to hang an Ikea squeegee in my shower. Base will not stay attached to either the glass or fiberglass shower wall. Will probably return this item for credit.1
Excellent and nice qualityNatos2816I put on my bath mirror because I don't have so much space. I put big towels and hold them without any problem.5
Odd Working HooksDebbieEThese hooks would not stick on most surfaces I tried like my kitchen cabinets or the fridge which have pretty smooth surfaces. I put one in the shower and it took many tries to get it to stay up.1
Don"t stay upPDotI have tried various versions of these type of suction cups with little success. These are no different. tried them in my tiled shower and they initially stick but soon let go. The suction just isn't strong enough to support the hooks own weight, never mind something hanging from it.1
Sticks like glue!gidi1966Tried other suction cup devices for shower and none held up. These work great!5
Like the hookIladebIt’s a little difficult to press in shower. Once you get it hooked to shower I know I will love it.3
Poor suctionLisa133I put these up right after I brought them home and a couple hours later we heard a noise. It was the hooks dropping into the tub.1
Sturdy suctionNYCapartmentI have a heavy metal shampoo/conditioner holder that kept falling down due to the basic rubber suction cups that came with it. I’m so glad I found these at IKEA! They work like a charm! I like them so much I purchased another set to use one on the front door (glass window) to hang our wreath. Holds up better than the command strip that wouldn’t stick to the door.5
Works no matter what I hang!PbaumProduct was installed on the shower wall a month ago and has yet to even budge no matter what I throw on it, works wonderfully.5
Excellent productMarkMKI bought 2 of these several months ago, installed them in a tiled bathroom and glass shower wall, and never had any problems since. We put heavy towels on these hooks and they hold beautifully.5
Great featureTHamerI bout this week ago, it’s still working well and strong5
Must haveTere 1957We got this for the towels in the shower and love them5
Works greatBeth13Bought a month ago to use in bathroom. Put one in the shower and the other on the side of the vanity. Both fell off first time but after I put them back up and pushed a little tighter they have worked just fine. I would buy again.4
Skip listing

No need to drill

Do you want to avoid drilling holes in your wall? Then choose bathroom accessories from the series TISKEN or IMMELN. They can be fastened to tiles, mirrors, glass and high gloss finishes without having to drill. Practical, fast and easy.