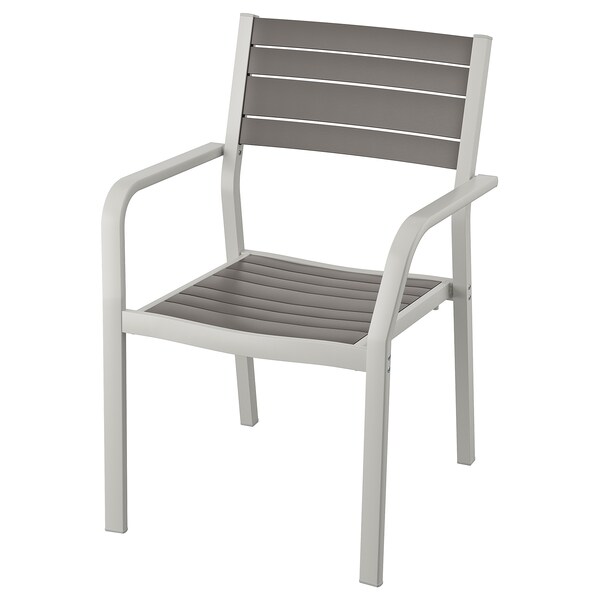 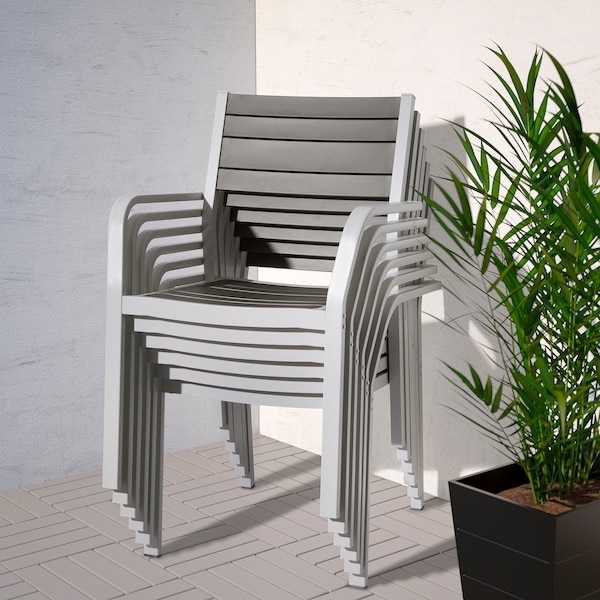 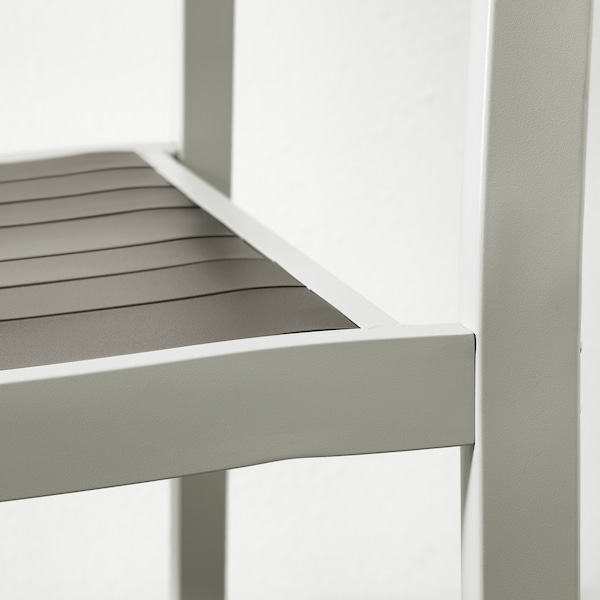 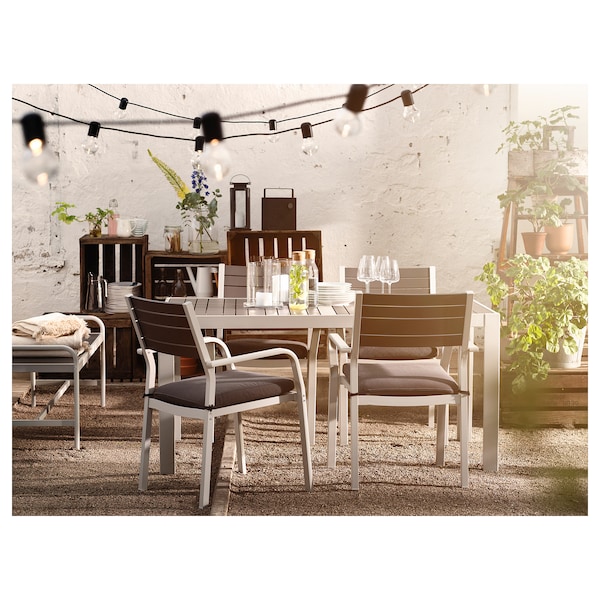 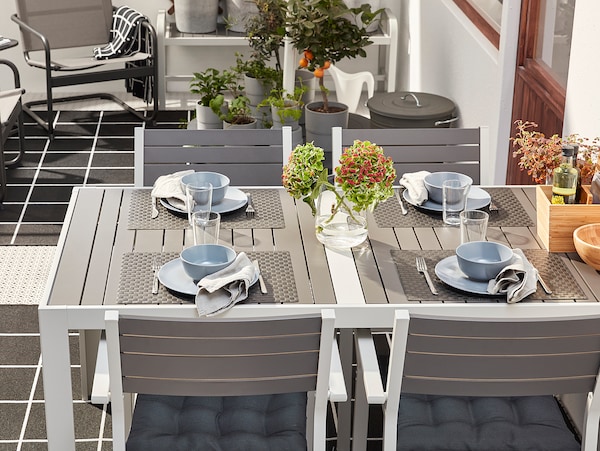 A garden dining chair made of durable aluminium to enjoy for a long time. Add a cushion in a favourite colour to enhance the personal look and seating comfort. Fits perfectly with SJÄLLAND dining tables.

The chair is easy to store when not in use, since you can stack up to 6 chairs on top of each other.You can make your chair more comfortable and personal by adding a chair cushion or pad in a style you like.The materials in this outdoor furniture require no maintenance.Easy to keep clean – just wipe with a damp cloth.The furniture is sturdy, lightweight and maintenance-free, as it is made of rustproof aluminium.May be completed with FRÖSÖN/DUVHOLMEN, KUDDARNA or HÅLLÖ chair cushion (44x44 cm).This chair has been tested for home use and meets the requirements for durability and safety, set forth in the following standards: EN 581.Designer 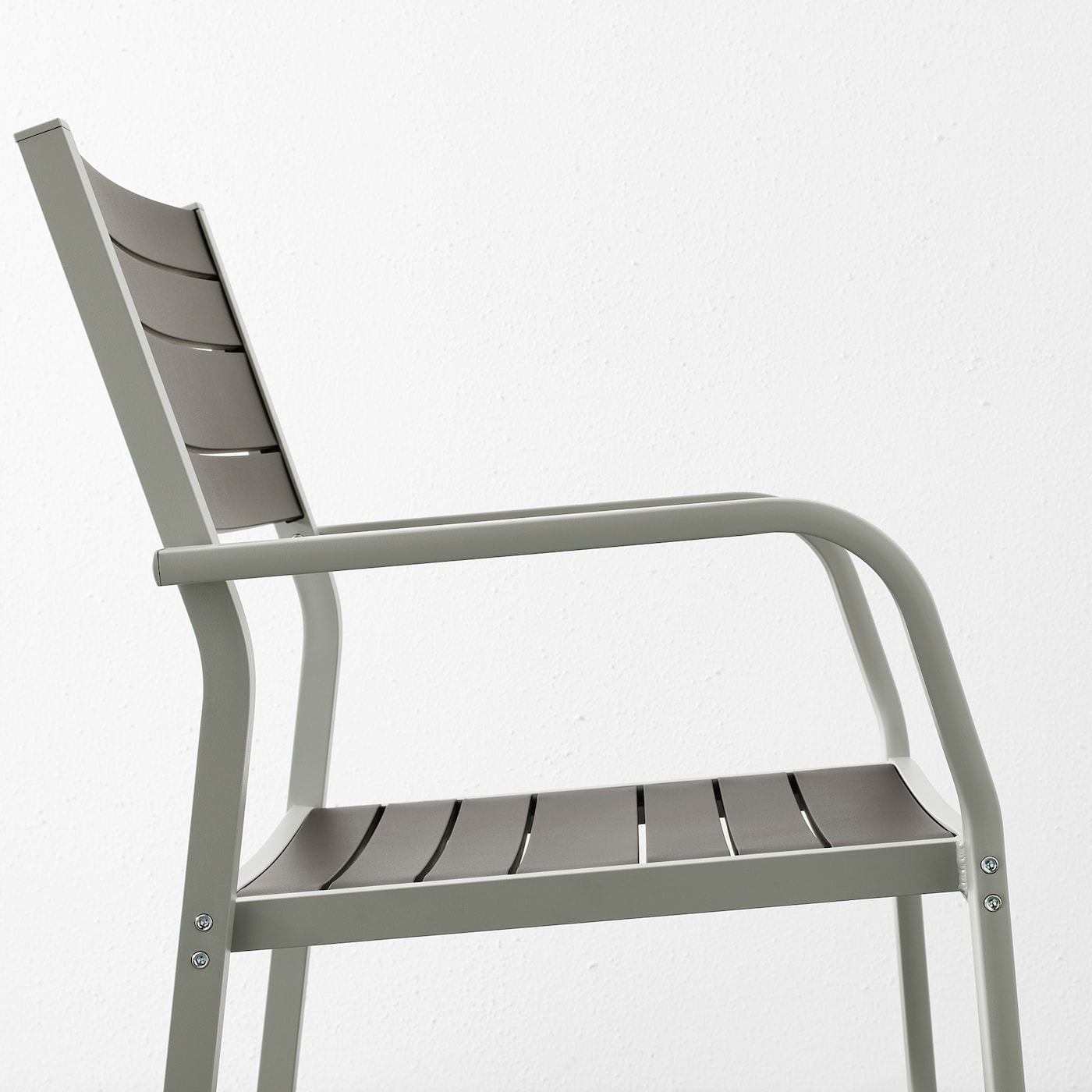 Sometimes things don’t go the way we expect when we create our products. Like with SJÄLLAND outdoor furniture. When we were almost ready with the development and thought we had straightened out all the question marks, our own designer didn’t manage to assemble one of the products the right way. Yes, we’re blushing a bit, but this blunder turned out to be a good thing.  Read More
When we want to move life to the garden or the balcony we shouldn’t have to worry about fixing up the outdoor furniture too much before we can relax and go ah… And it ought to be simple to fit the furniture back into crammed garages or under covers when the warm season is over. To get the care-free chairs and tables that most of us appreciate, we created SJÄLLAND. But, when David Wahl, the designer, started working with the collection, he didn’t realise that he and the development team were in for a hurdle-race of obstacles.

The good part about the problems the team faced, is that they all led to improvements. The chair became stackable, and the assembly instructions super-clear – so no one needs to experience what David did. “It’s actually problems like this that we like. They make us better, and in the case of SJÄLLAND, they also make outdoor life easier”, says David.
Read less