This curtain is woven in sustainably grown cotton and recycled polyester. Good for our environment – and fun to have in the children's room together with other fabrics in the JÄTTELIK collection.

Reduces daylight getting through, creates privacy and absorbs sound. It also has a certain insulating effect against the cold of the winter and the heat of summer.

You can easily adjust the length of the curtains by positioning and then ironing the included iron-on hemming strip.

Easy to hang directly on the curtain rod since the curtains have tab headings at the top.

Tie-back with touch and close fastener which opens easily. 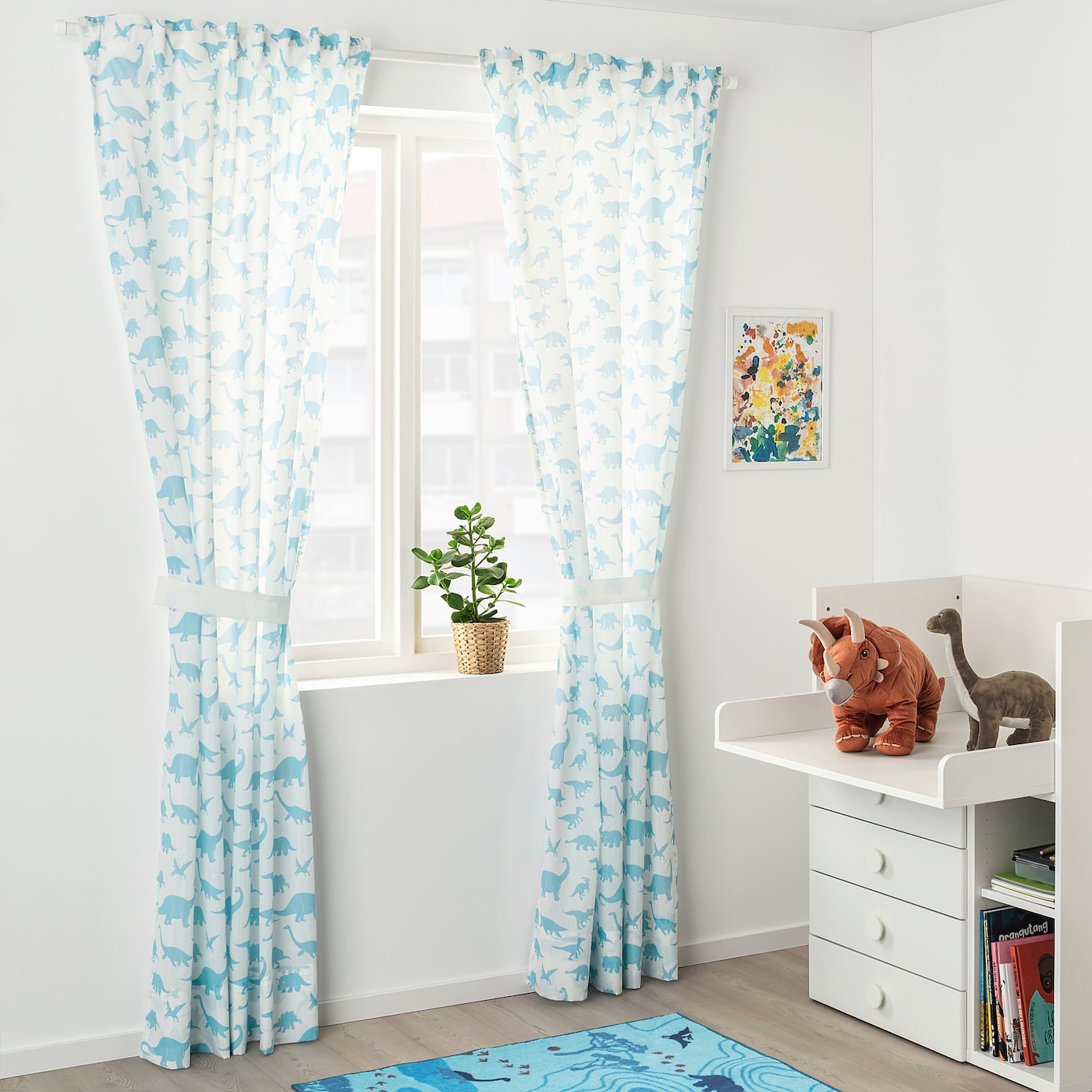 JÄTTELIK is for all small dinosaur lovers. Those who can easily best us adults when it comes to facts about the eating habits of Tyrranosaurus Rex, and who will tell you that a Velociraptor could run 50 kilometres per hour. But what is it about dinosaurs that fascinates some children so much? What makes them memorise an incredible amount of facts – and very long names? We had the help of an expert to understand better.

Lina Bodestad is a licensed psychologist specialising in children’s development. She believes it is the combination of reality and fantasy that makes these prehistoric beings so intriguing. “Dinosaurs have animal-like qualities that the child can relate to, but they also stimulate the imagination with their fairytale qualities. Like being able to fly like a dragon or having sharp monster teeth. When the lines between reality and fantasy become blurred, a child can feel a tingling sensation of curiosity and excitement.”

But it's not all about diving into an exciting and magical world. For children aged three to six, there is often a need to systematise their surroundings, like when they sort their toys by colour. “There is something thrilling for children of these ages about collecting facts and understanding how things are connected and can be compared and categorised. The world becomes a little more understandable", Lina explains.

What is recycled polyester?

When we create products from recycled polyester, PET bottles and other sources of polyester get a new life in products like textiles, storage boxes, kitchen fronts and even lamps. When using them, you get to enjoy exactly the same quality and function as with virgin polyester products. And naturally, they’re just as clean and safe in every way. And perhaps the very best part – you contribute to using less new raw materials too.