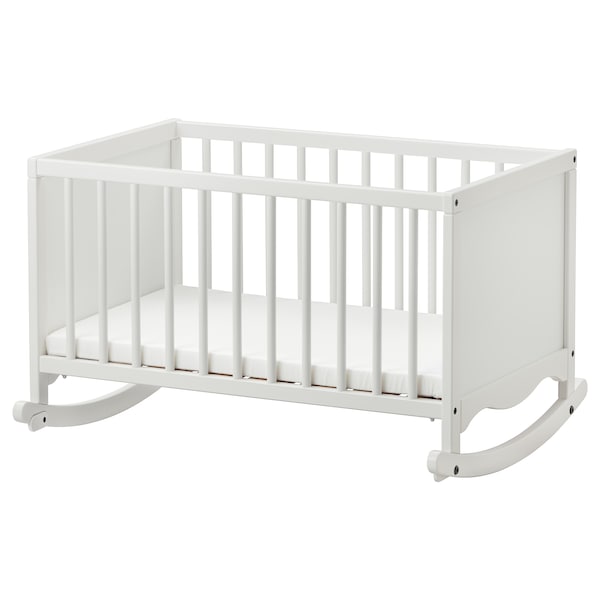 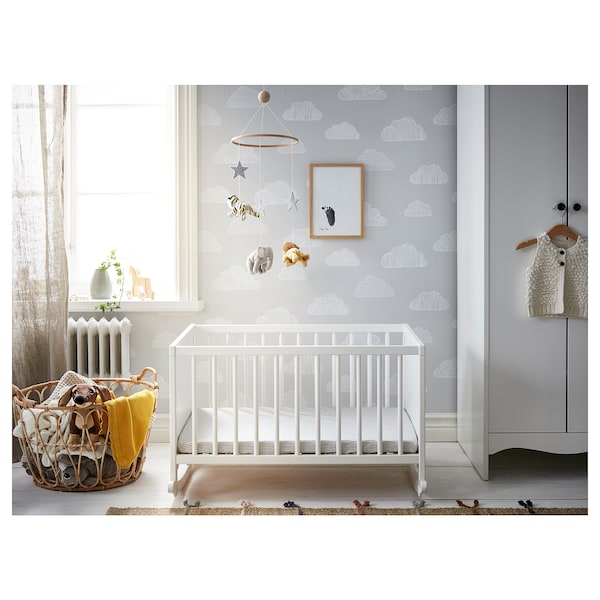 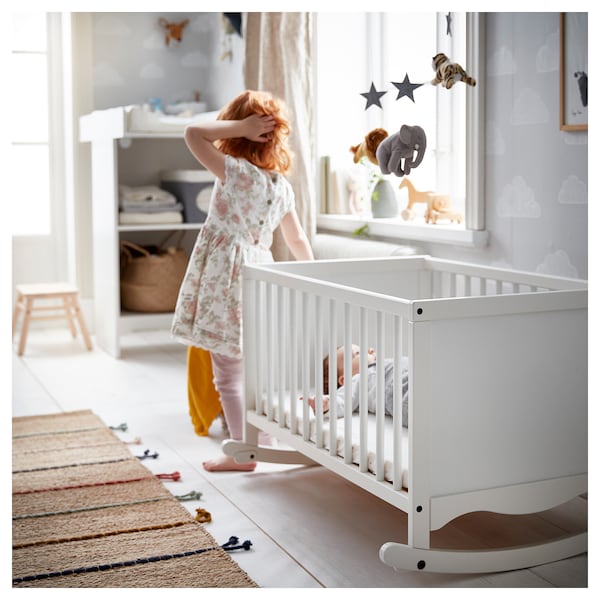 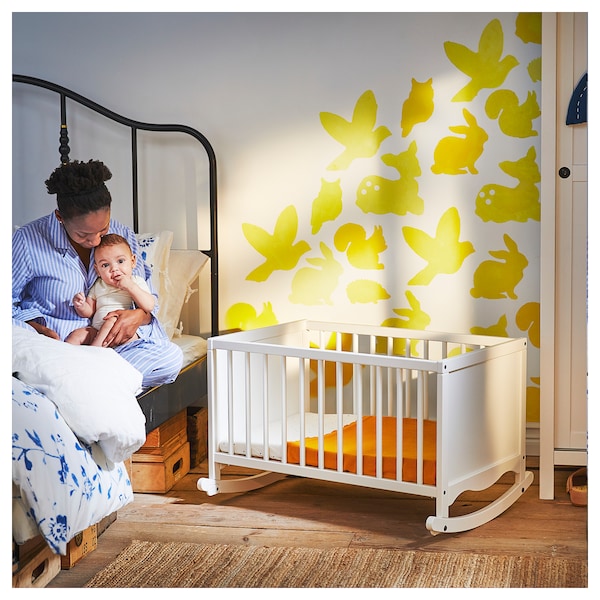 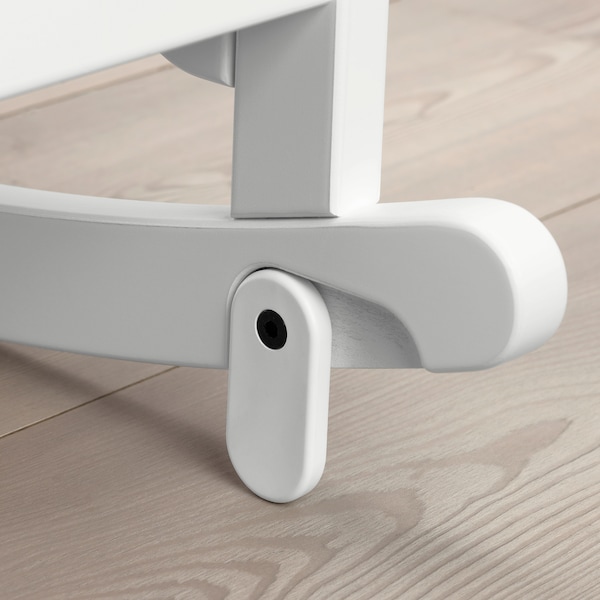 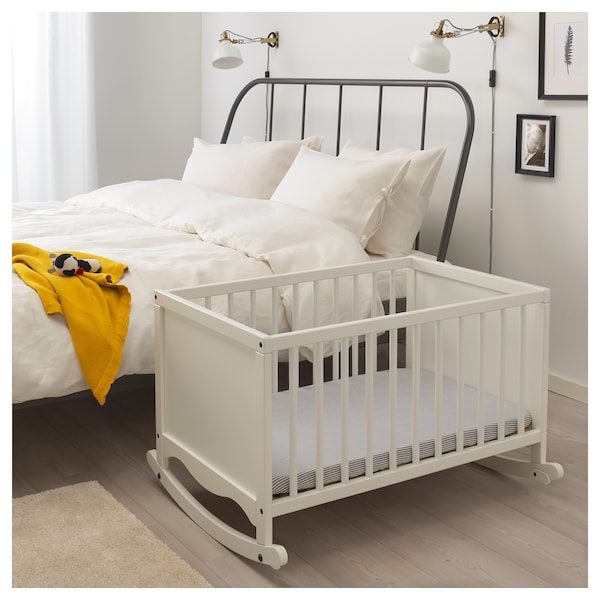 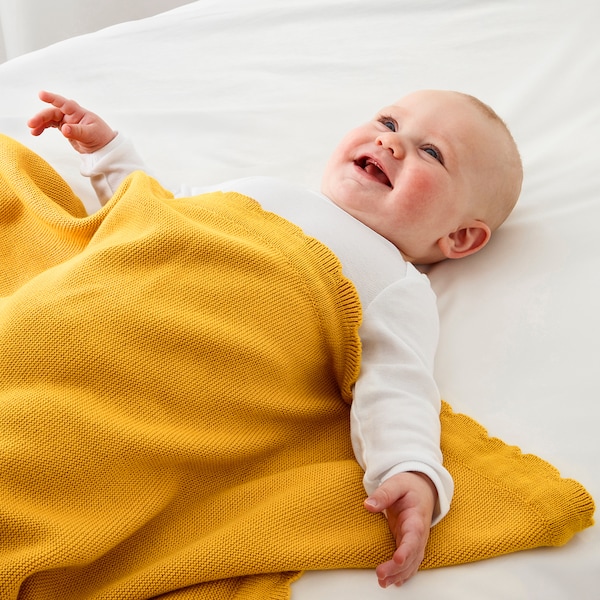 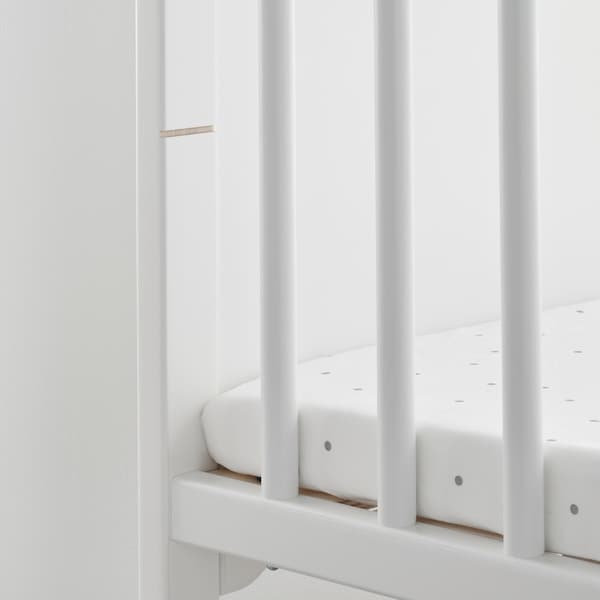 Gently rocking a baby to sleep is an old trick used by parents. So when we developed SOLGUL cradle, we were inspired by older cradles – and of course followed the latest safety requirements. Read More

The size and height of the cradle allow you to have it close to your own bed and easily stretch out an arm if your child wakes up during the night.

Here your baby can sleep safely and comfortably since we carefully examined the movements and tilt of the cradle, and followed the toughest safety requirements for stability and durability.

You can set the cradle in a fixed position using the small fittings below the rockers.

Recommended for infants up to approximately 5 months in age or until they start to pull themselves up on their hands and knees.

The mark on the end of the cradle shows the maximum height allowed for the mattress.

Article no Other documents 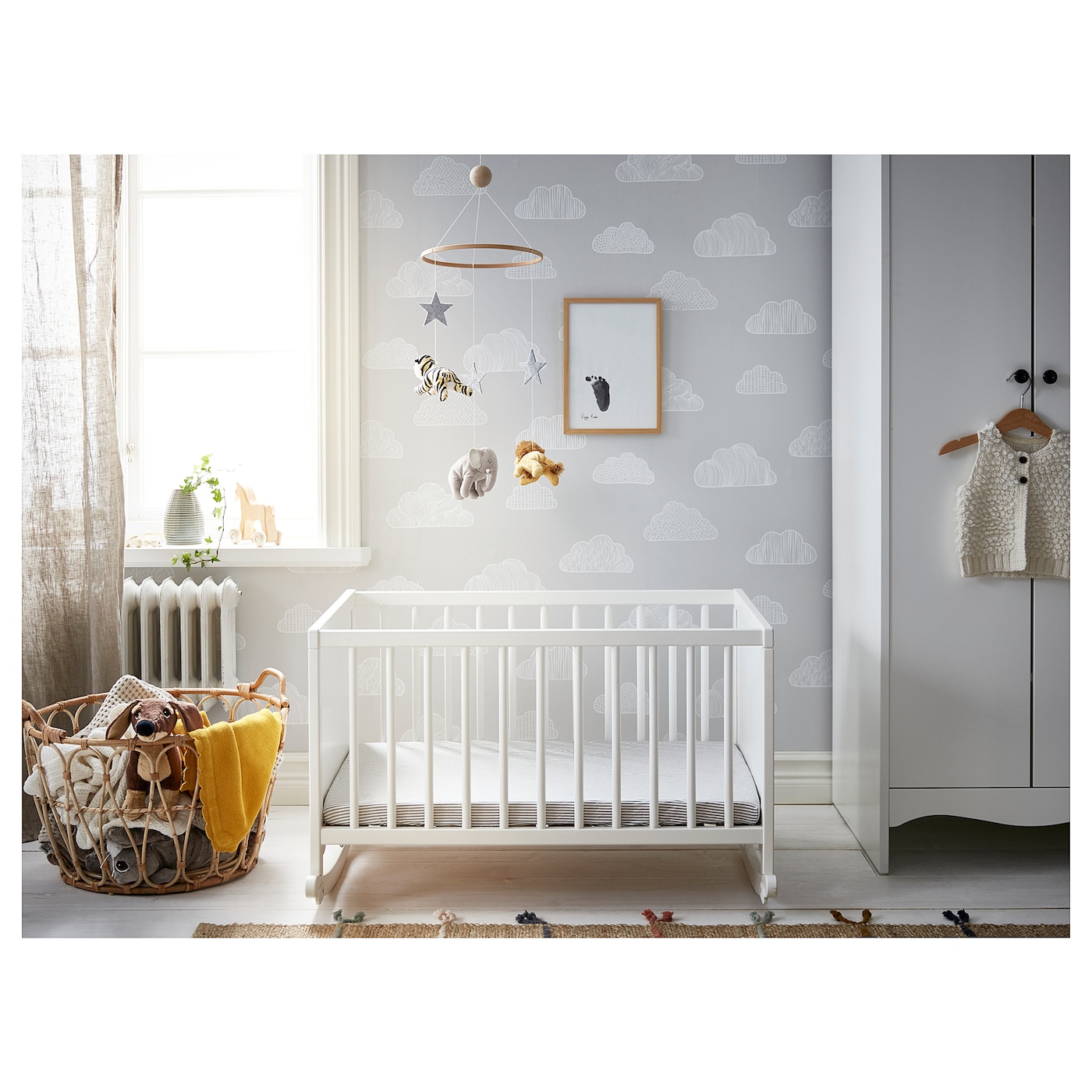 Gentle rocking for a snug sleep
Sleep is necessary for the development and growth of a small child, but it’s not always easy to settle down. Perhaps the baby has a stomach pain or is over-tired. One of the oldest tricks in the book that parents use at times like these is to rock the baby softly and gently – in their arms or in a cradle. With SOLGUL, we wanted to make a modern version of the cradle, and we followed tough safety requirements to ensure that your child will always sleep comfortably and safely.
A crucial thing for a safe cradle is that it leans perfectly when you rock it and that it can’t tip over. That’s why our product developer Anna Carme and her colleagues started the entire project by developing the right curve for the cradle's rockers. "We looked at old cradles for inspiration and when developing a suitable design for the rockers. Then we refined the design by testing the movements and tilt of the cradle", says Anna.

Small children are vulnerable, so after the cradle was developed, SOLGUL underwent a series of stability and durability tests in line with various international standards. One of the tests involved placing a nine kilogram doll in the cradle – first in the middle and then off-centred – to ensure that the cradle doesn’t tip if the side is pushed down by an external force.

Your baby at arm's length

Scientific studies have shown in recent years that babies sleep best and safest in their own beds, but with SOLGUL it’s still possible to have your child near you during the night. "We adjusted the size and height of the cradle so that you can keep it close to your own bed and easily stretch out an arm if your child wakes up during the night", says Anna. "It’s often enough with a little bit of rocking for the child to fall back to sleep."
More Cots