Beauty that lasts – in durable eucalyptus or maintenance-free aluminium. SJÄLLAND comes in various combinations, which makes it easy to create a favourite spot outdoors. Add cushions for maximum comfort!

You can choose between table tops in different materials, depending on what suits you and your patio ‒ and if you prefer a maintenance-free material like aluminum or the warmth of durable eucalyptus.

The chair is easy to store when not in use, since you can stack up to 6 chairs on top of each other.

The hole in the middle of the table top keeps your parasol in place. 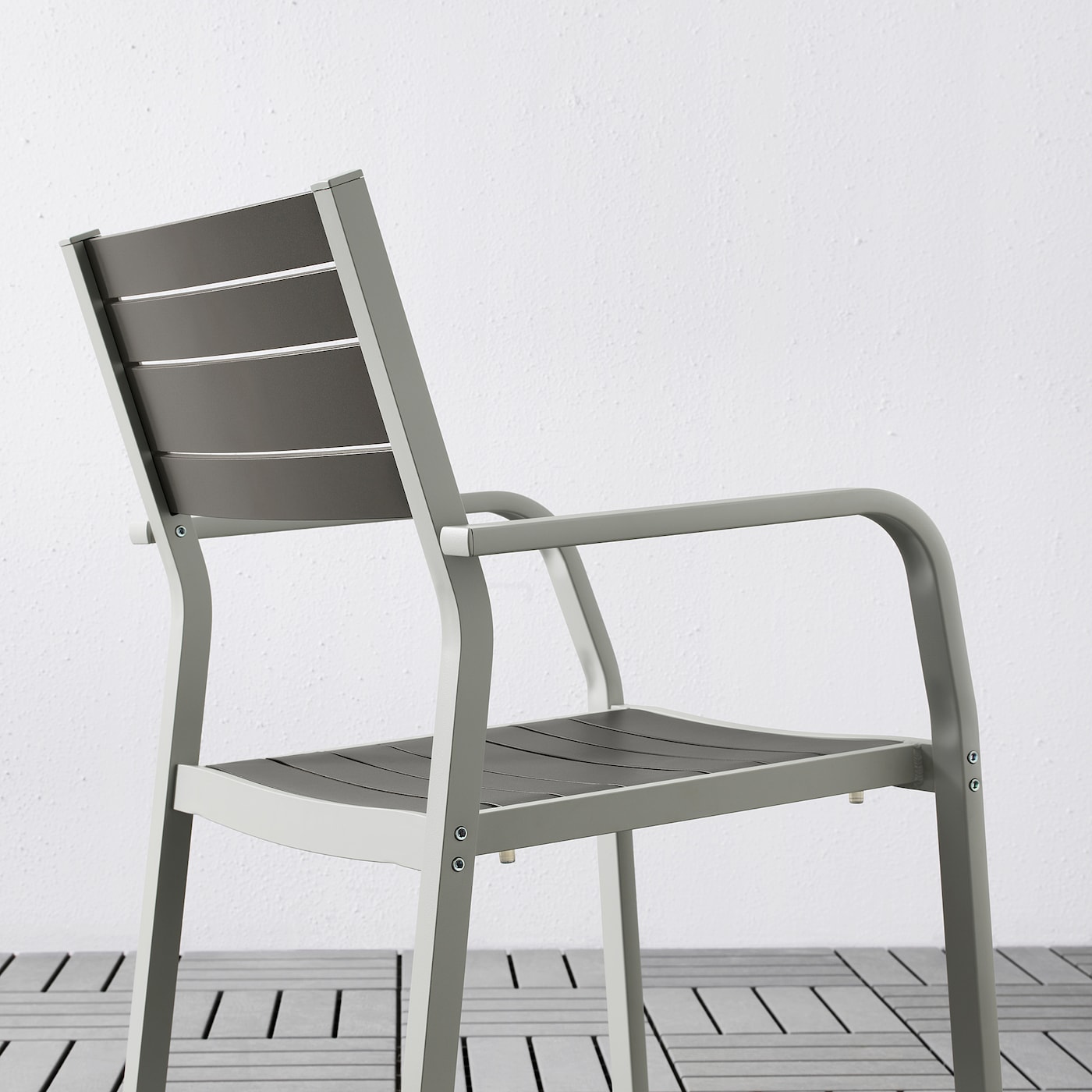