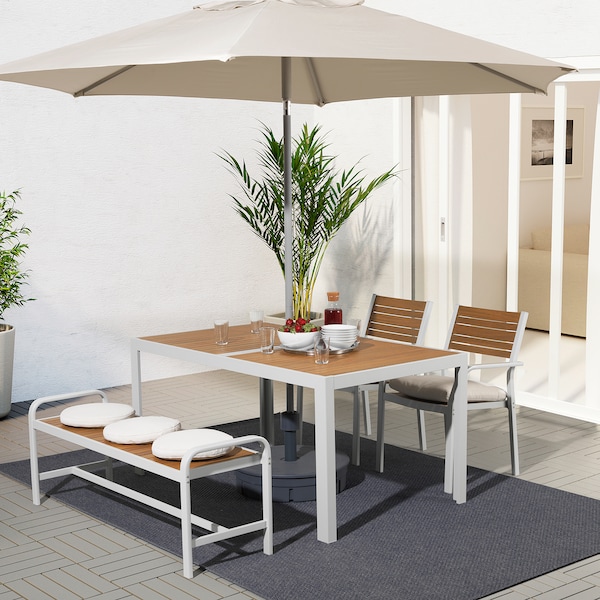 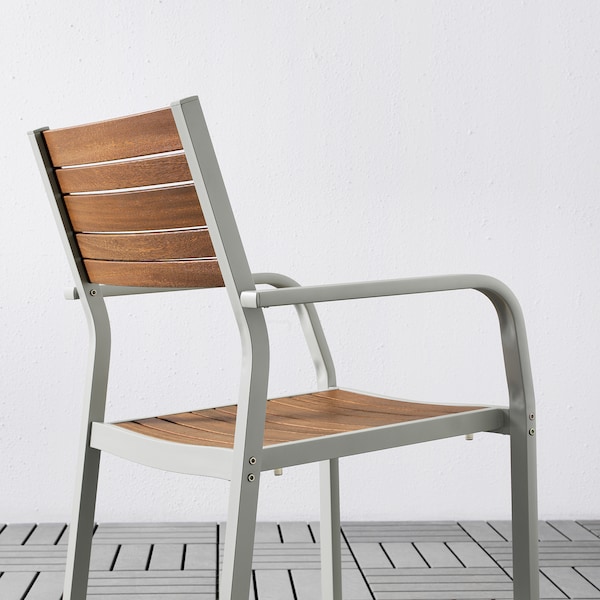 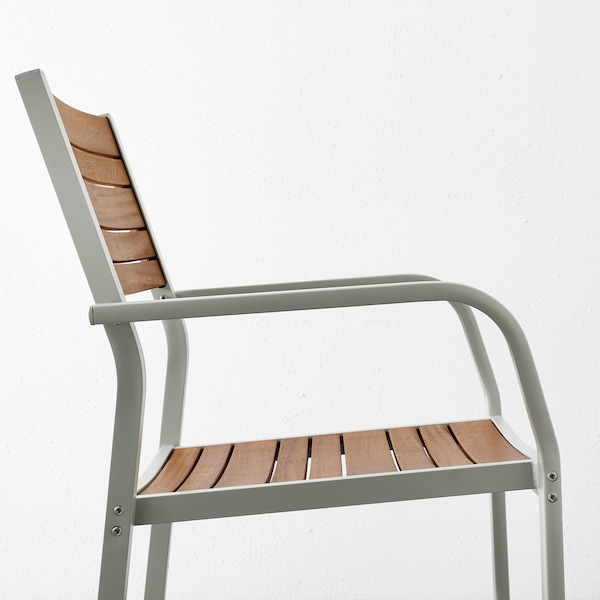 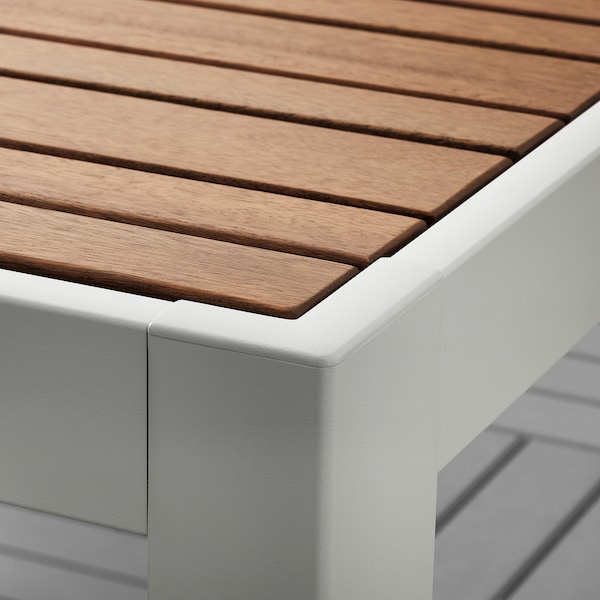 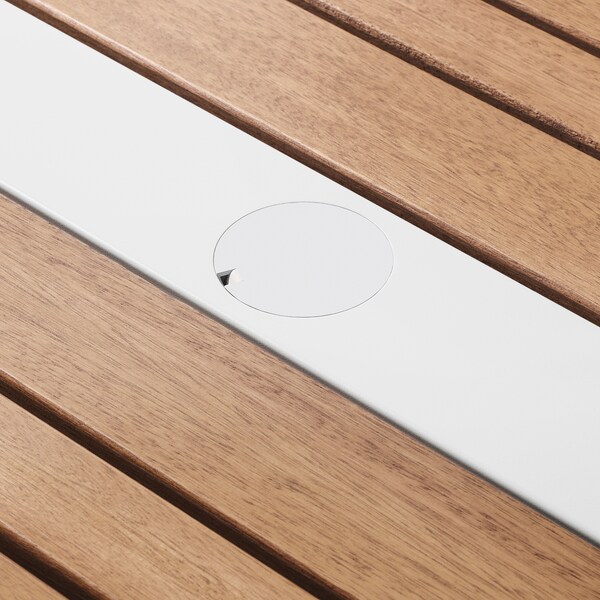 You can choose between table tops in different materials, depending on what suits you and your patio ‒ and if you prefer a maintenance-free material like aluminum or the warmth of durable eucalyptus.The chair is easy to store when not in use, since you can stack up to 6 chairs on top of each other.The hole in the middle of the table top keeps your parasol in place.Easy to keep clean – just wipe with a damp cloth.The eucalyptus slats have grain variations and natural colour shifts that give the furniture a warm and natural look.The frame is made of rustproof aluminium which makes it sturdy, lightweight and maintenance free.For added durability and so you can enjoy the natural expression of the wood, the furniture has been pre-treated with several layers of semi-transparent wood stain.May be completed with FRÖSÖN/DUVHOLMEN chair cushion 44x44 cm.May be completed with FRÖSÖN/DUVHOLMEN chair cushions 35 cm, 3 pieces.Only recommended for outdoor use.Designer 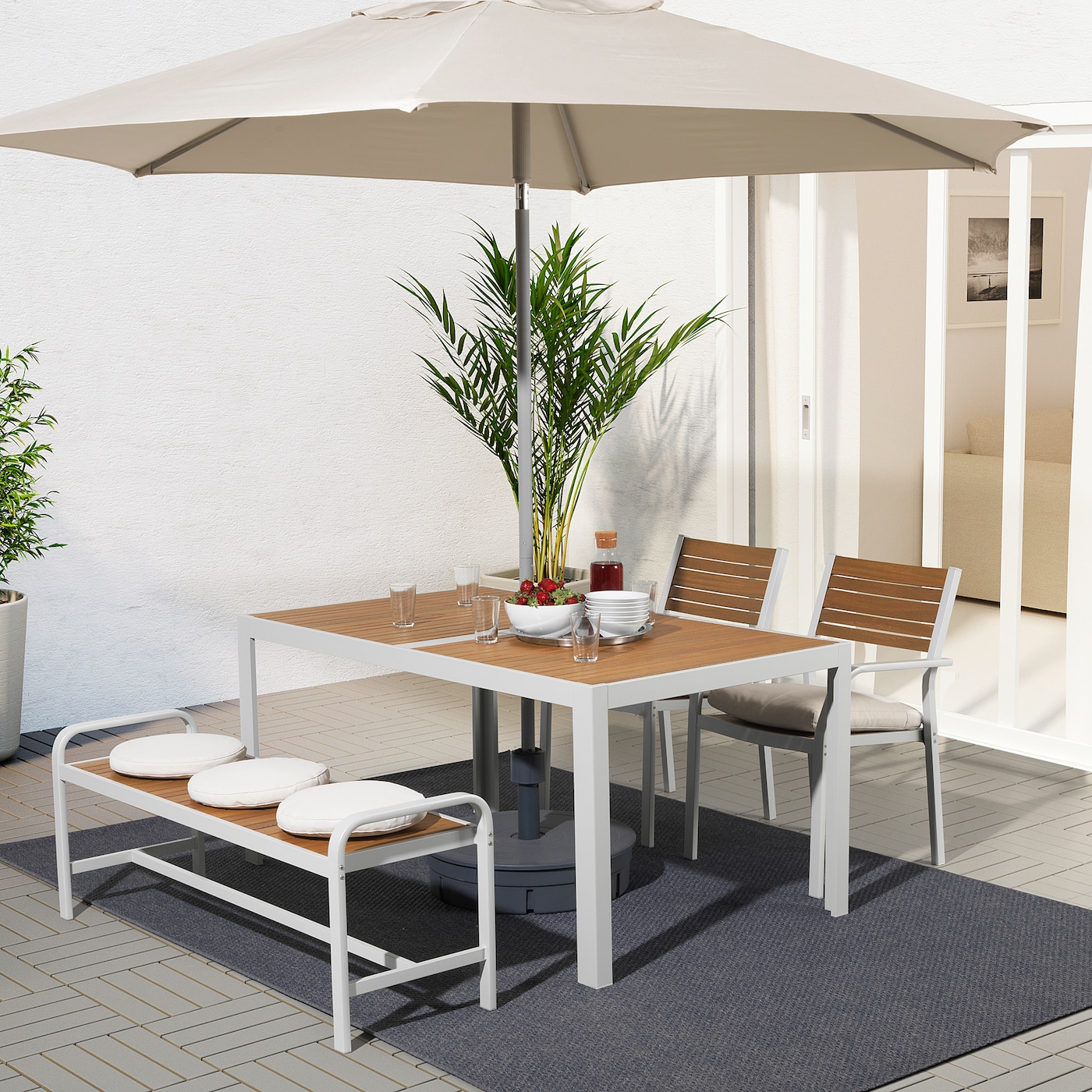