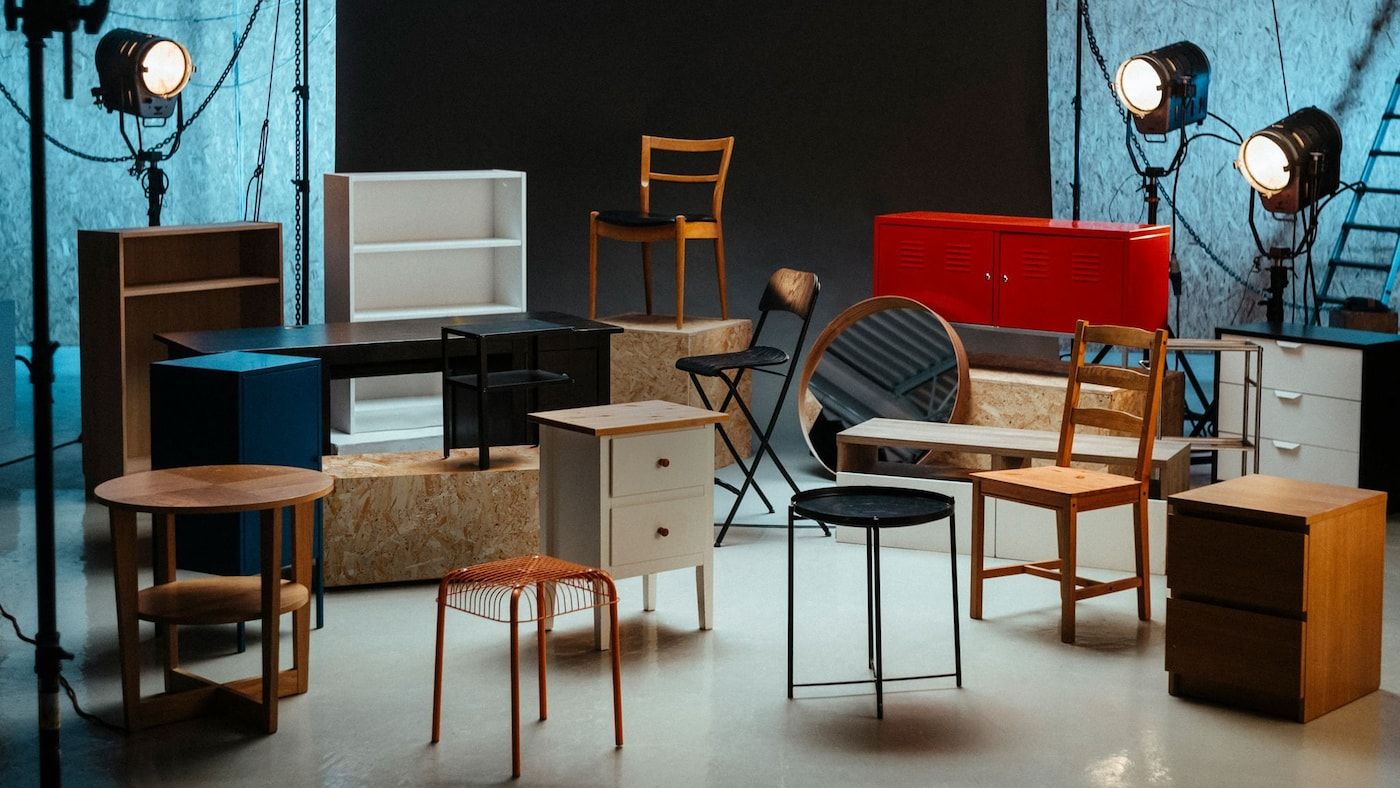 Top of the heap

Here's the story of how IKEA Norway's Trash Collection campaign transformed throwaways into secondhand stars of the scrapheap.

Each year in Norway alone, over three million pieces of furniture are thrown away. Many are still in good shape, just either unwanted or only slightly damaged. As part of our commitment to becoming fully circular and climate positive by 2030 we are making efforts to extend the life cycle of the furniture bought from us. This was the starting point for the Trash Collection campaign, created in 2021 by Oslo-based creative agency, TRY.

To help reduce the amount of furniture going to landfill and promote IKEA Norway's buyback and spare parts initiatives, the team filmed and rescued furniture found on the streets and scrapheaps of Oslo and surrounding neighbourhoods. The film features 16 pieces of abandoned IKEA furniture, unpropped and unstaged, in their original setting. With just two weeks to produce the video, not to mention just a couple of days to source the commercial's stars, there was no time to waste.

“Because the film was real and unstaged, it meant that the shoot had to be super dynamic, with only a small team jumping in a car with their cameras to find furniture and document it along the way,” said Tobias Lien, Marketing Communications Manager at IKEA Norway during the campaign. “The fact that we easily found 16 objects that matched our criteria in just a couple of days confirmed why this campaign is so important.”

Check out the Trash Collection film

Thanks to the buyback offer, many bookshelves, TV benches and drawer units have made their way back to stores, with MALM being the most popular product. An additional bonus is that some of the pieces that are offered secondhand are no longer available new, making the resale section a great place to search for hard-to-find or collectible pieces, such as the highly sought-after STOCKHOLM chair in oak and leather.

All in all, IKEA Norway's initiatives have been a success. The offer was launched in November 2020 and in the first nine months alone stores in Norway received 5,400 secondhand products. Following the launch of the Trash Collection campaign, the rise in the monthly average of buyback products doubled. “One thing we have learnt is that Norwegians really want to recycle, buy second hand and contribute to reaching our common 2030 goals – they just need to know where to start!”, said Tobias.

Make any day a Green Friday