Meet Marianne and Knut – they've designed over 2100 products for IKEA; everything from toys to toothbrush holders to tables. As subjects of the successful retrospective exhibition Hagberg + Hagberg, we pay tribute to the siblings who just might be the world’s most prolific design duo. 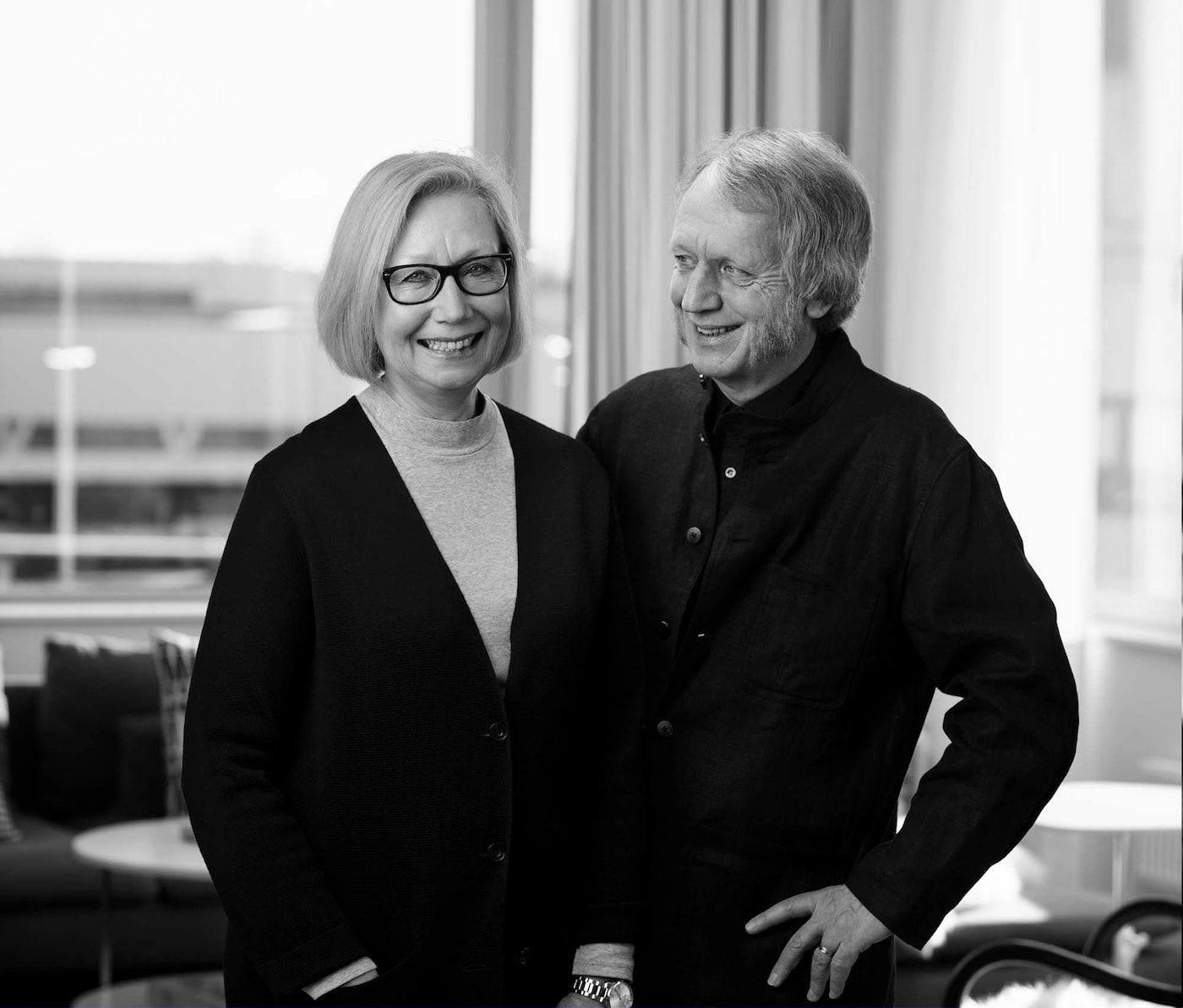 “In all the years we’ve worked at IKEA, everyday life and the family have always been important sources of inspiration." – Marianne

In 2020, after an incredible career spanning 41 years at IKEA and with countless awards under their belts, sister and brother Marianne Hagberg and Knut Hagberg decided it was time to put down their pencils and pack away their sketchbooks. It marked the end of an era in the rich design history of IKEA.

Look around you, if there’s an IKEA product, there’s a strong chance that it was designed by Knut and Marianne. Always together, always sketching by hand; you name it, they’ve designed it.

As for awards, they’ve won plenty, including the prestigious Excellent Swedish Design award no less than four times. In 2016 and 2019, they also took the internationally renowned Red Dot design award for the LISABO table series and OMTÄNKSAM table range respectively. Even after their retirement, the accolades continued, with the OMTÄNKSAM table taking the EU gold 2021 Product Safety Award. 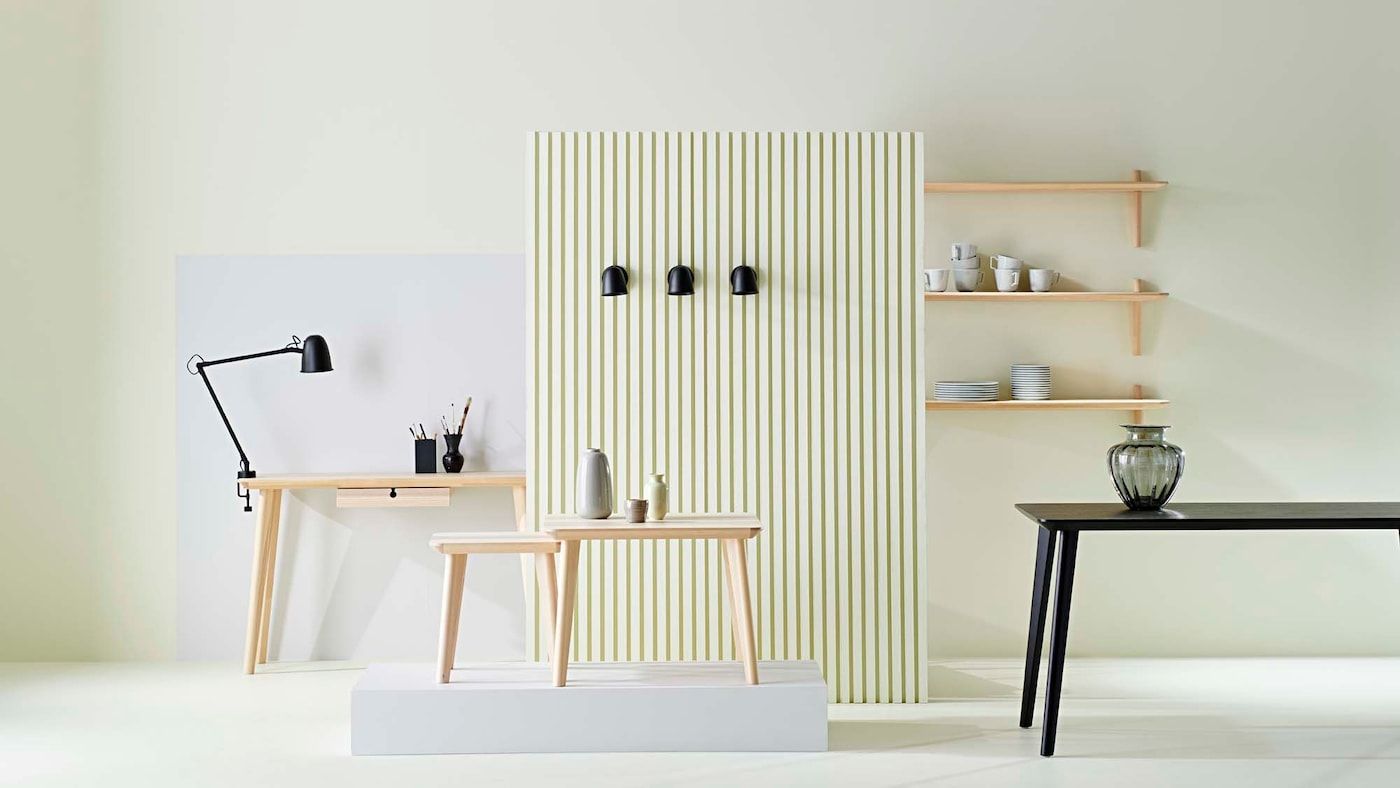 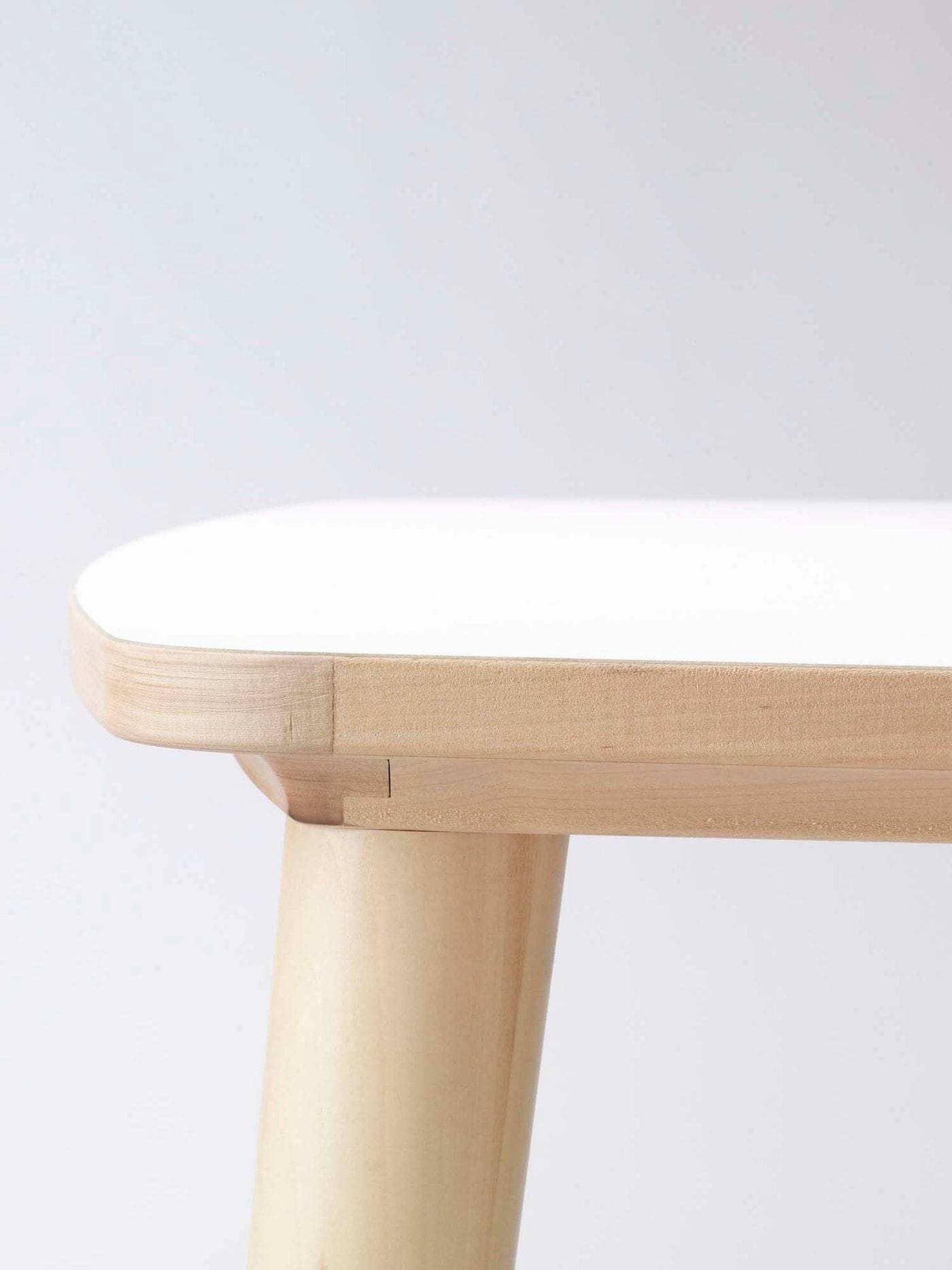 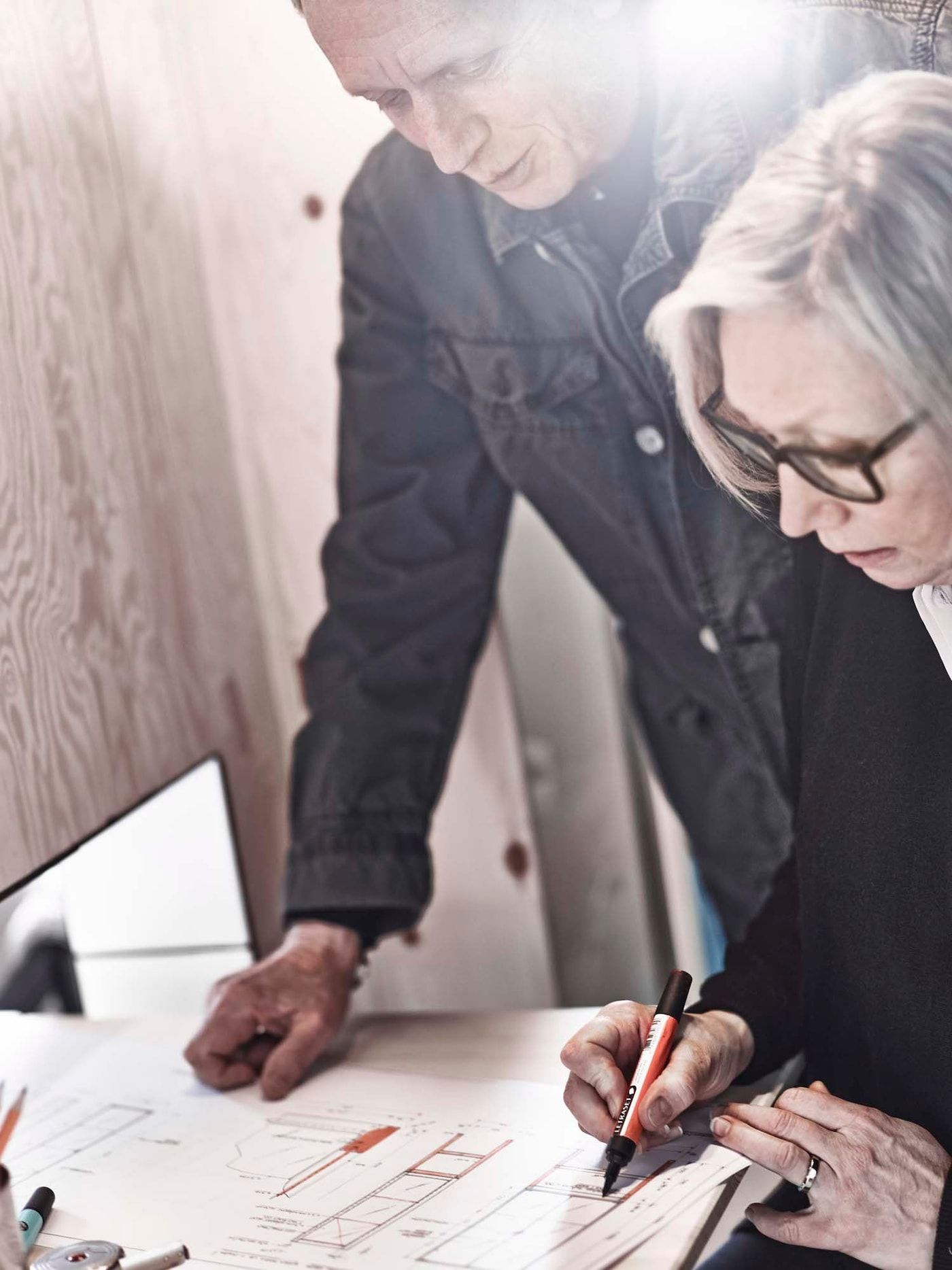 Knut and Marianne at work

“We like to incorporate a handcrafted expression, to give a rational product a feeling of craftsmanship.” – Marianne

Always guided by the IKEA principles of Democratic Design: function, form, quality sustainability and always at a low price, they have filled homes around the world with smart, affordable solutions. The process would start at the drawing board, where Knut and Marianne, or “syskonen” – the siblings – as they were affectionately known by all, would draw together on a drawing board in 1:1 scale. Then they'd be off to build a prototype with their colleagues in the pattern shop. Here they would test, evaluate, alter and feedback with suppliers before moving onto the production phase.

But it didn’t stop there. Knut and Marianne have always had a strong interest in the industrial side too. Ideas were often born on the factory floor as they worked with suppliers to develop new tools and solutions to produce better, more unique products. “We like to incorporate a handcrafted expression, to give a rational product a feeling of craftsmanship,” explains Marianne. 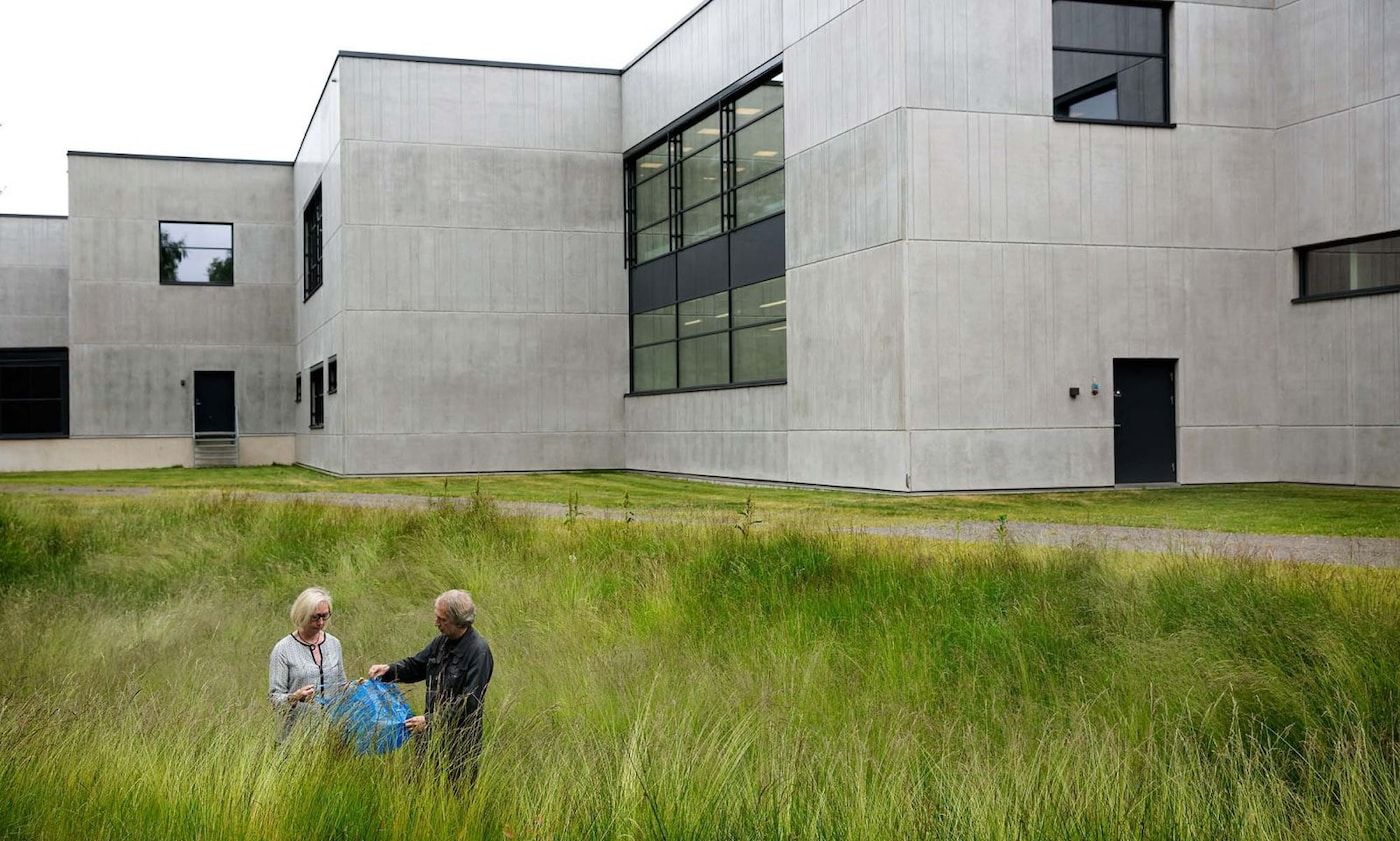 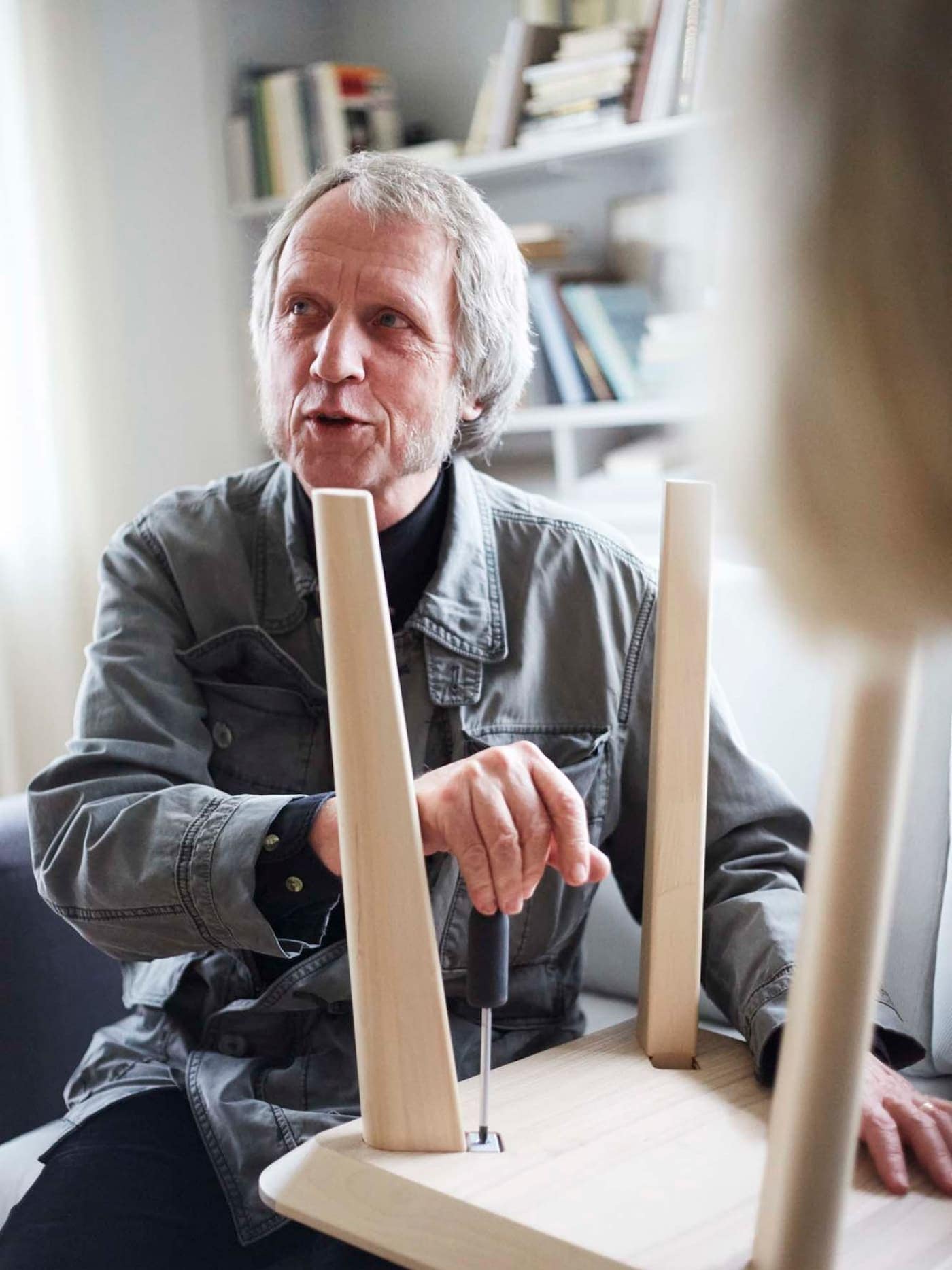 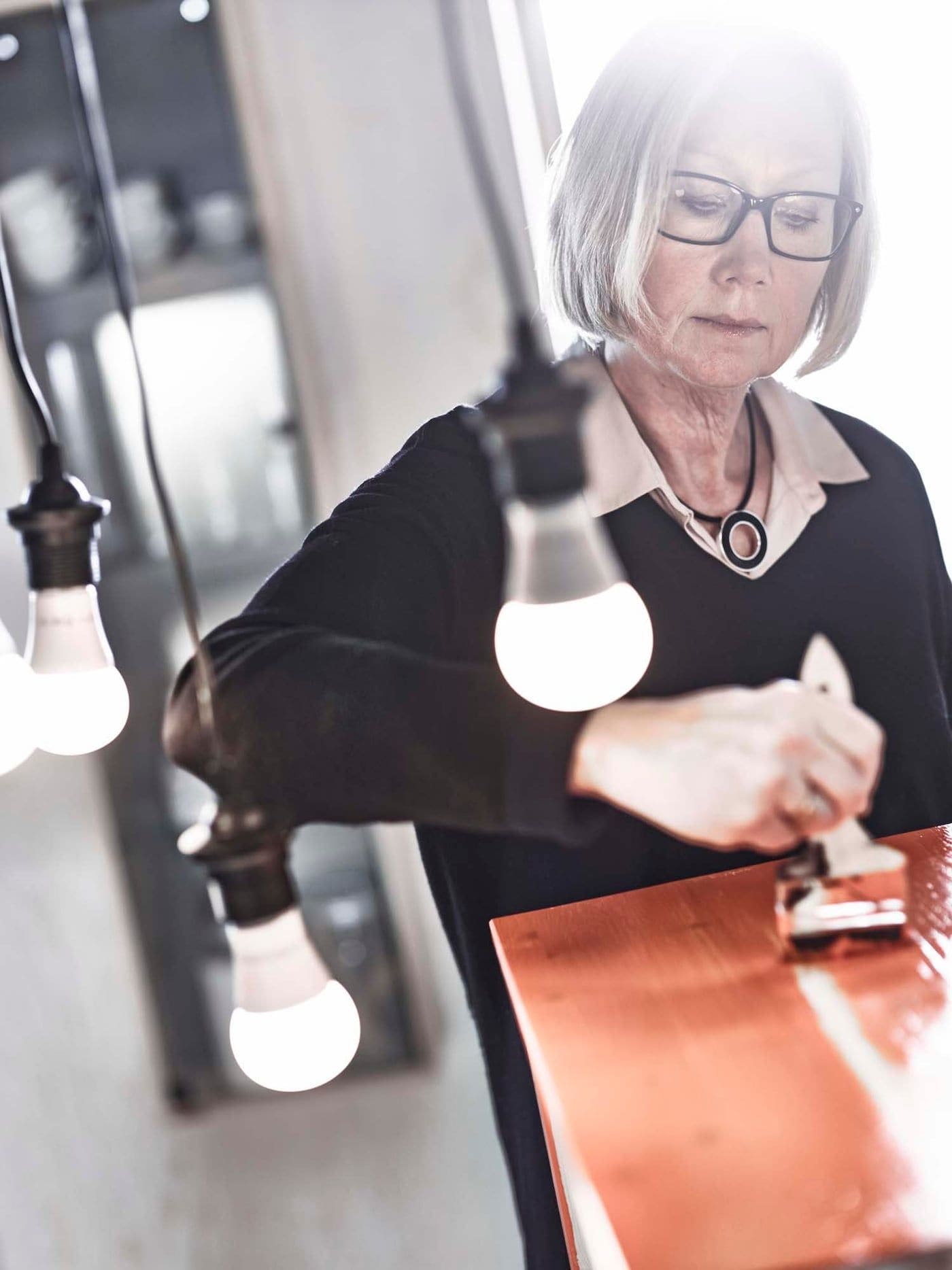 Teamwork is the key

"When you work for IKEA you must remember that we are customers too. If I don’t understand something that I’ve designed, the customer won’t either. Always think like a regular customer to be sure it’s going to work.” – Marianne

They stress that the secret to their success has always been teamwork, from the award-winning LISABO table with its innovative Wedge Dowel developed by Anders Eriksson and Göran Sjöstedt, to the iconic FRAKTA bag, made in collaboration with Sven Arne Svensson, Lars-Göran Petterson and Ingvar Kamprad himself. Ingvar came home from Asia with a new material, traditionally used for rice sacks, with which he wanted to make a bag. Using the sturdy plastic material, Ingvar and Lars-Göran made a prototype, then tasked the project to the siblings.

They began sketching different sizes and variations, including the yellow bags found in stores and a version with a zip that could be carried as a rucksack. The latter was inspired by a trip to Japan, where few people were able to drive to their nearest IKEA store. “This was a typical example of teamwork, that so many competencies were involved in the project and everyone did their best,” says Marianne. 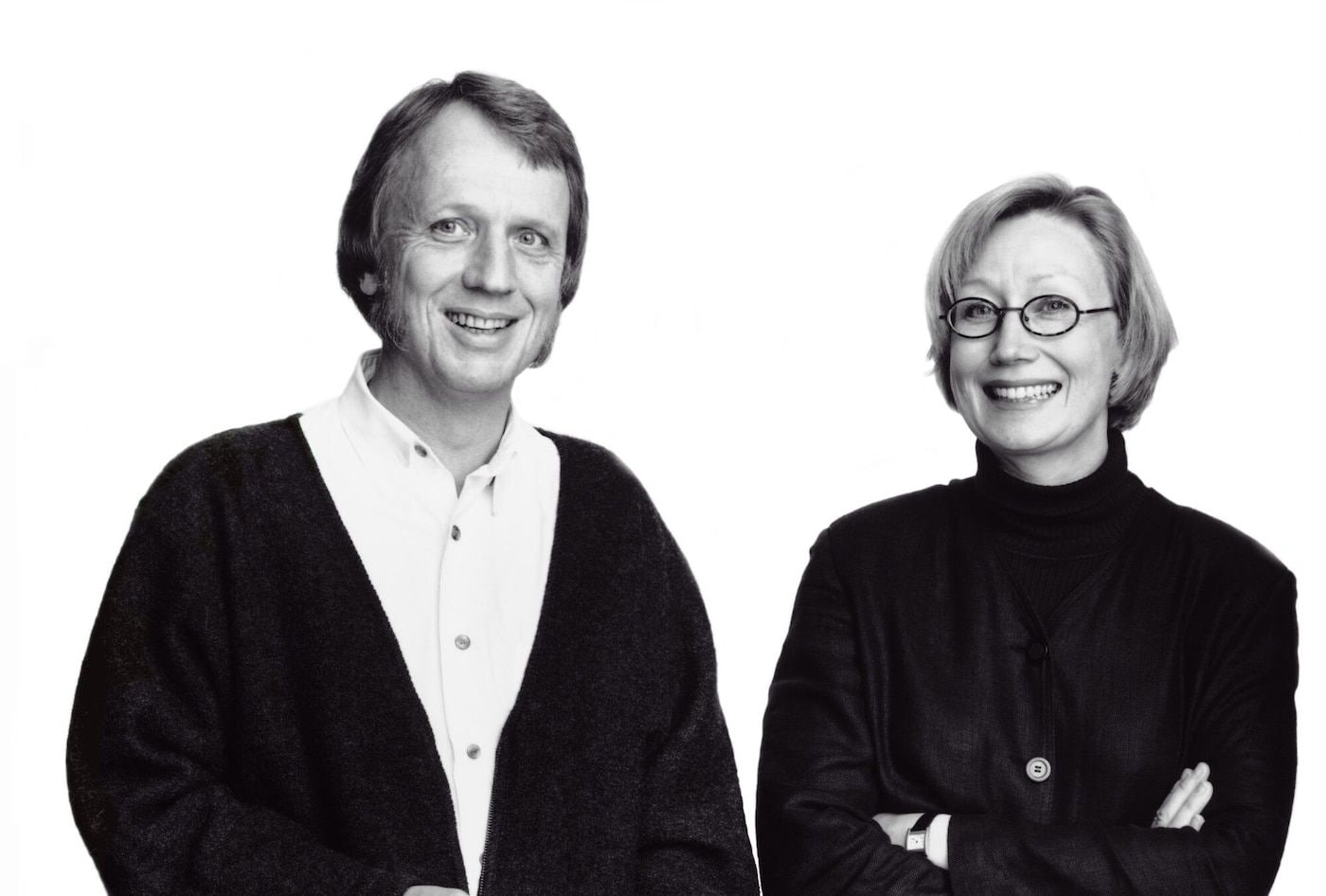 "We were just eight designers at IKEA when we started." – Knut

Knut and Marianne have always been close. In fact, they are so close that they finish each other’s sentences when they speak. As kids, they spent their days sculpting in their mum’s studio or sneaking into the doctor's office where their father practised to X-ray toys. When it was time to go to college, the pair attended Frederiksberg Technical College in Copenhagen together, where they graduated as interior architects and furniture designers. 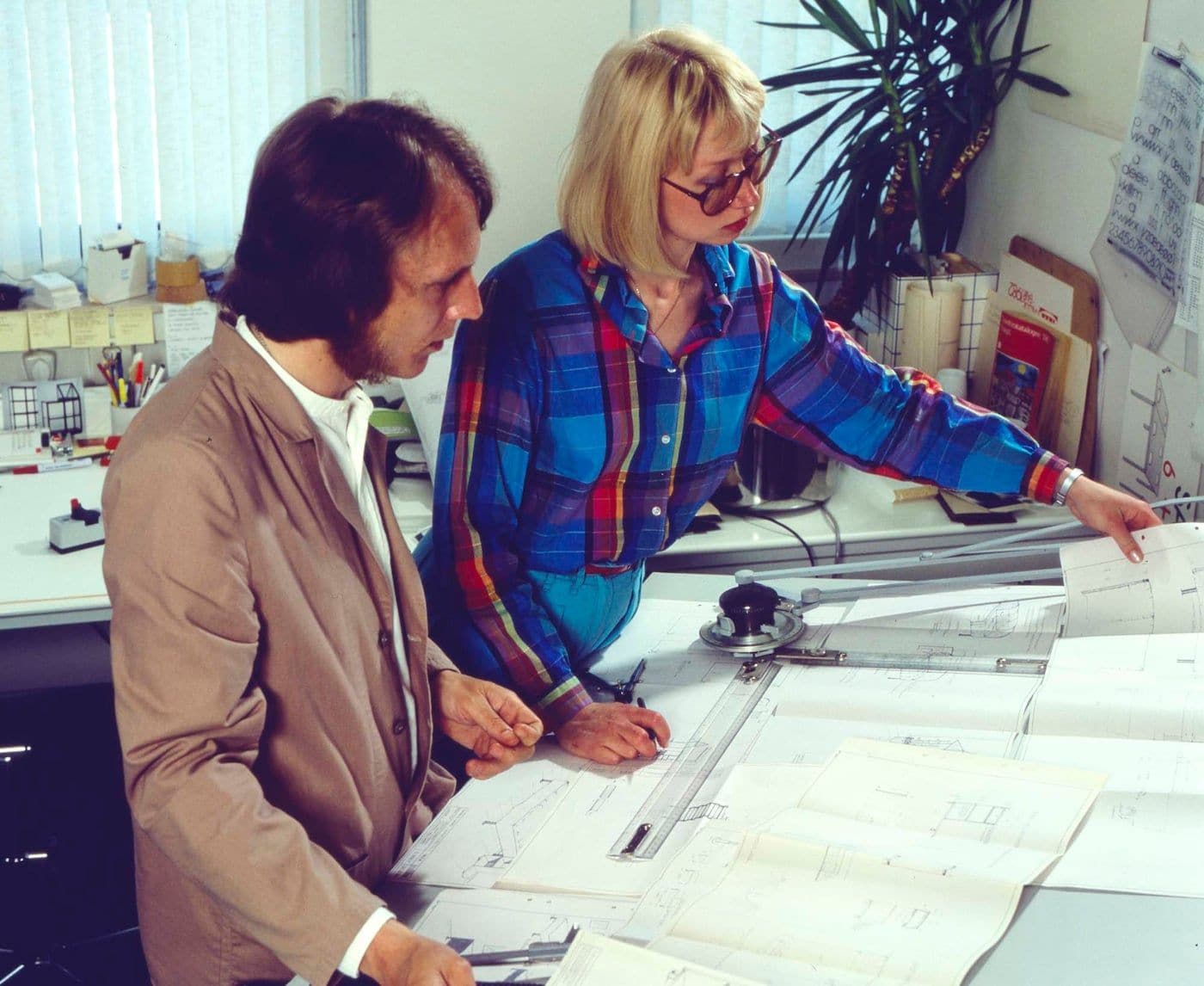 Their break came in 1979 when Knut and his little sister Marianne, or “Lillan” as he calls her, both applied for jobs as International Head of Decoration in one of the 23 IKEA stores. Out of 110 applicants, Knut and Marianne were two of the three chosen. At that time IKEA had its own school for interior design and the pair were expected to learn about decorating the stores. But as qualified interior and furniture designers with experience of running their own studio, they soon realised it wasn’t the job for them, so they handed in their notice.

However, a serendipitous meeting led to a new job for both in the design department and their fate was sealed. “I was standing in the lunch queue in the staff canteen. In those days the canteen was so small that the queue often stretched out into the car park!” explains Knut. "Gillis Lundgren who was head of design at that time, came up to me and said ‘Are you Knut Hagberg? You have a sister called Marianne? Can you show me examples of your work?’ We put together all our of work, but he couldn’t guarantee that both of us – or maybe even one of us – would get the job. We decided then that if only one of us was offered the job we wouldn’t take it.”

The pair were offered a six-month trial in the design department and, as Knut recalls, “We told each other, we’ll do it for three years, not a day more.” After 41 years the pair have gone down in history as IKEA’s longest-serving designers. “Knut and I have worked under every head of design, every CEO and every group head at IKEA Sweden and became friends with all of them, which is even better,” says Marianne.

The pair recall funny anecdotes from over the years, like how in the early days, as a female business traveller, Marianne was always referred to by hotel staff as “Sir” in some faraway regions. Or how, when in 1981, the pair announced that they would be working from home one day per week to avoid the long commute and even longer day. “Gillis Lundgren said in dismay that he’d never heard of anything so stupid and idiotic in his entire life, but he agreed to let us, and we did!” recalls Marianne. From then until their retirement, the pair spent every Thursday working from home.

A shift in design thinking

Prior to Knut and Marianne’s arrival, many of the designers at IKEA specialised in particular areas. Designers such as Tord Björklund, Karin Mobring and Tomas Jelinek focused on furniture, for example, but this was about to change. With Knut’s earlier chef's education, the siblings set their sights on designing smaller, more functional products for the kitchen and the rest of the home.

“Sven Arne Svensson asked if Marianne and I could be responsible for developing a range of products found in restaurant kitchens that would work well in homes. Everyone started laughing, saying ‘Ha ha, designing knives and forks!’ but five or six years later, all the other designers at IKEA were also diversifying and designing objects such as knives, etc. It was a great journey for us and for IKEA,” recalls Knut. 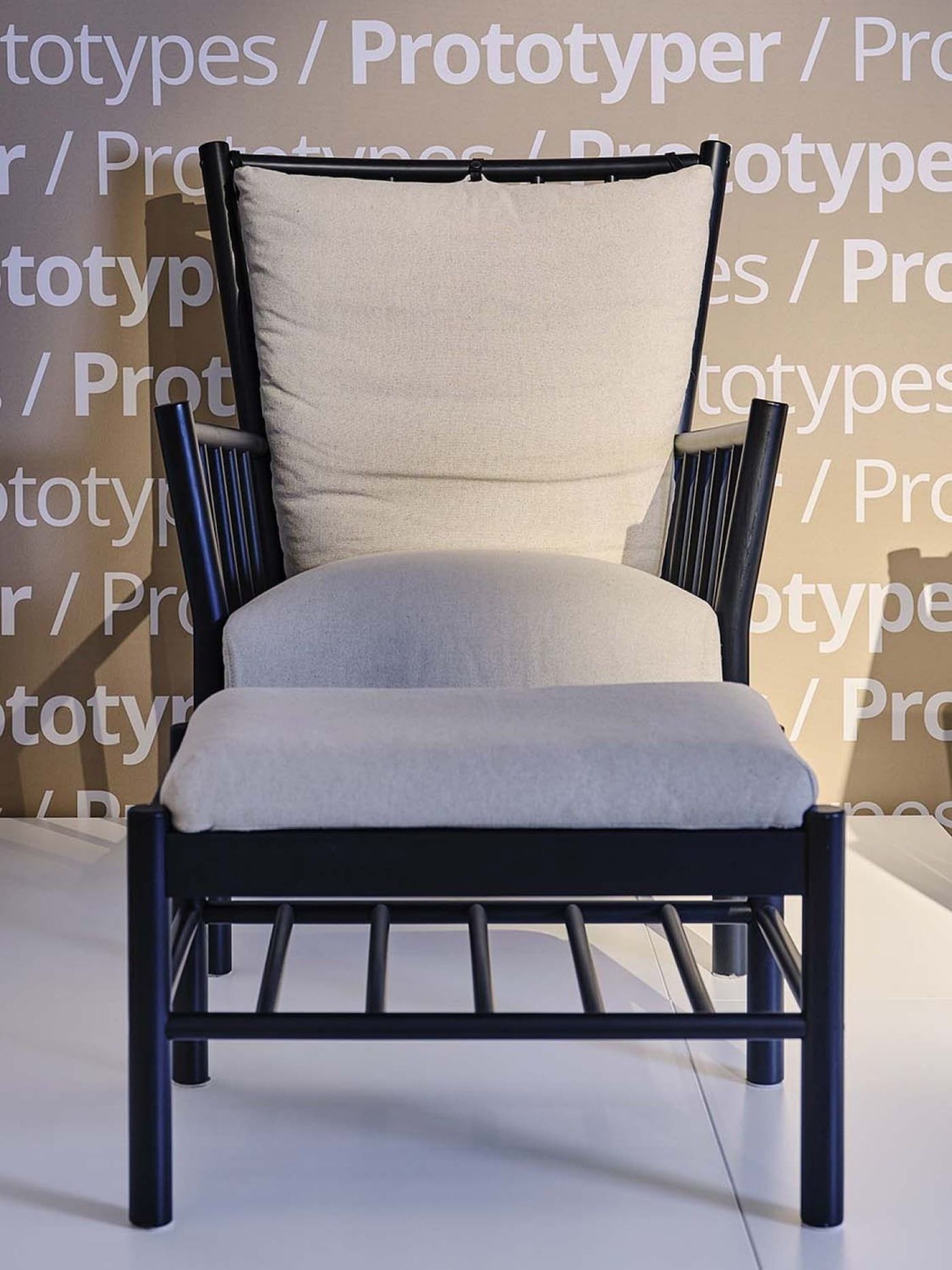 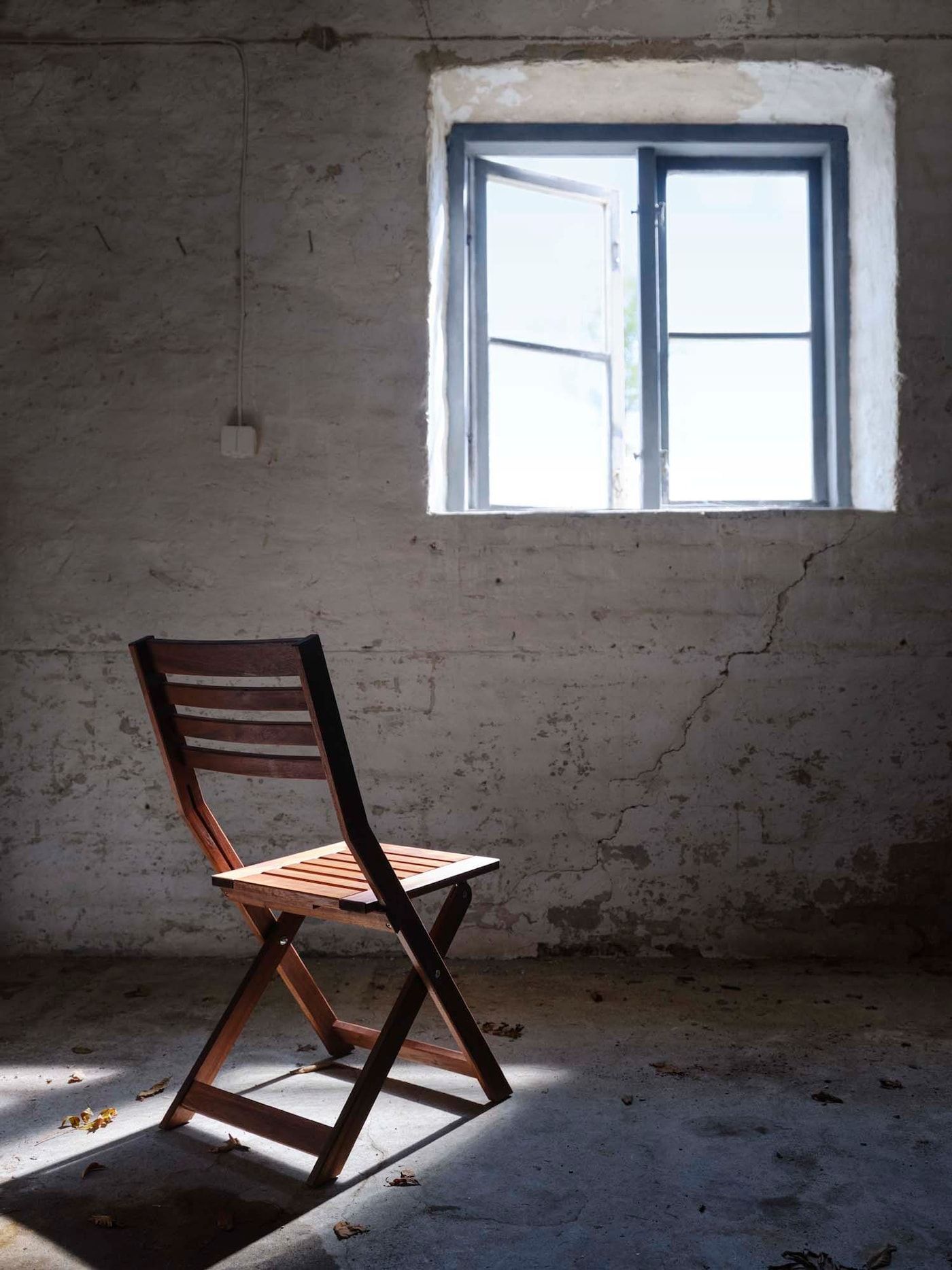 “I’m very proud, and I know that ‘Lillan’ is too, for such a fantastic ending and that we can show the public how versatile we’ve been as designers over those 41 years through this exhibition.” – Knut

With a rich archive of drawings and legacy, not only in the world of IKEA but in design history, it was only fitting that the IKEA Museum in Älmhult should pay tribute to Knut and Marianne’s life of design. The spectacular retrospective features favourites, bestsellers and prototypes from throughout their career, along with interviews with the designers. “I’m very proud, and I know that ‘Lillan’ is too, for such a fantastic ending and that we can show the public how versatile we’ve been as designers over those 41 years through this exhibition,” says Knut.

So what advice do they have for future generations of IKEA designers? “Just remember, there are no shortcuts – always follow the five points of democratic design. You must understand your mission for IKEA, think about how you can make everyday living better. You can always make something better; make it work better, produce it a bit cheaper, make it look better," says Marianne. “You must also be very curious,” adds Knut “and always have the customer in focus, because if you don’t there’s no reason to make it.” Wise words.

As the siblings look forward to new adventures, Marianne sums up the best part of their fantastic career: “We were so incredibly glad to work for IKEA, not because it looked good on our CV, but because we had such a great time.” 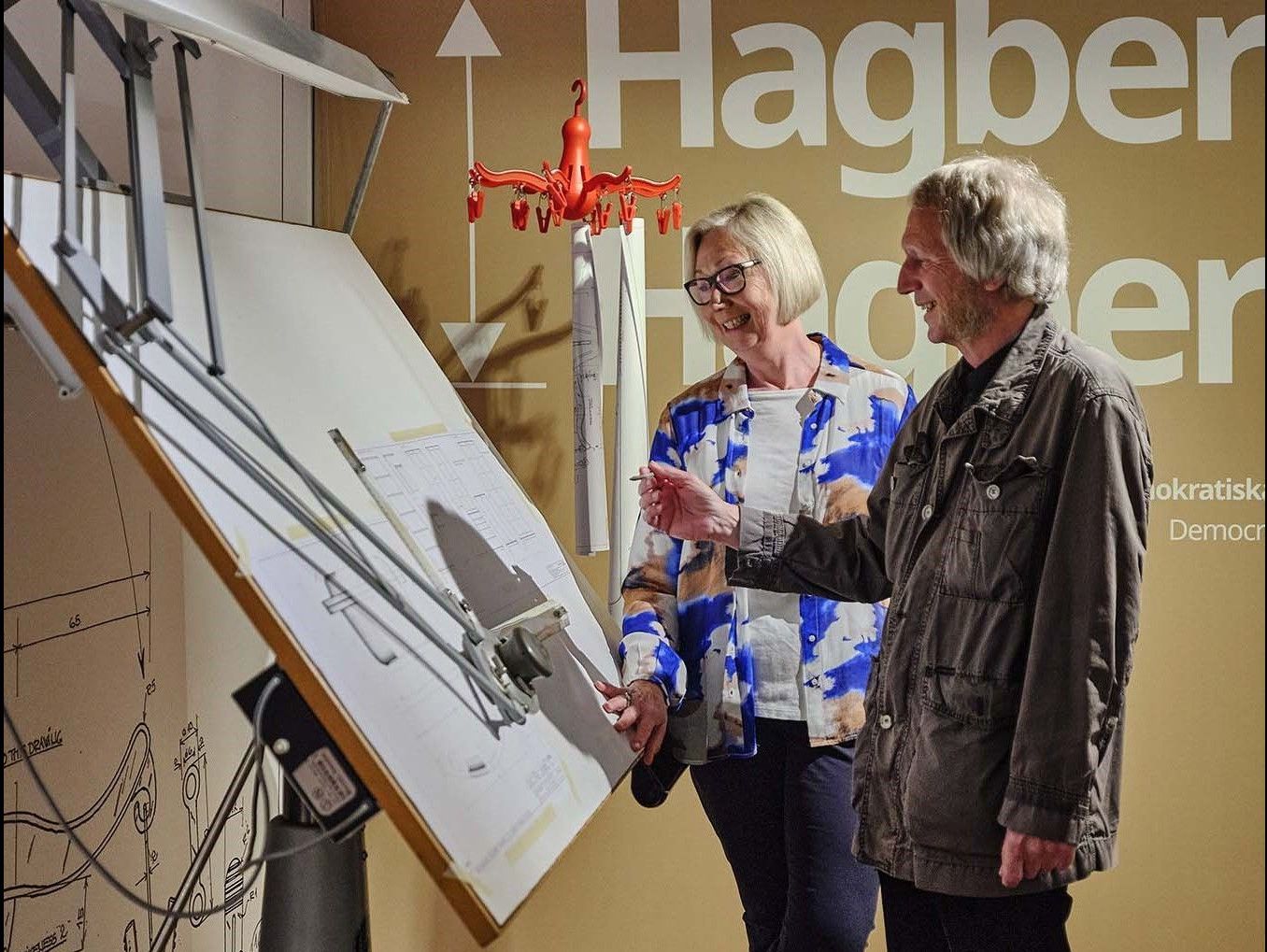 Back to the drawing board: Marianne and Knut at the Hagberg + Hagberg exhibition at the IKEA Museum in Älmhult. 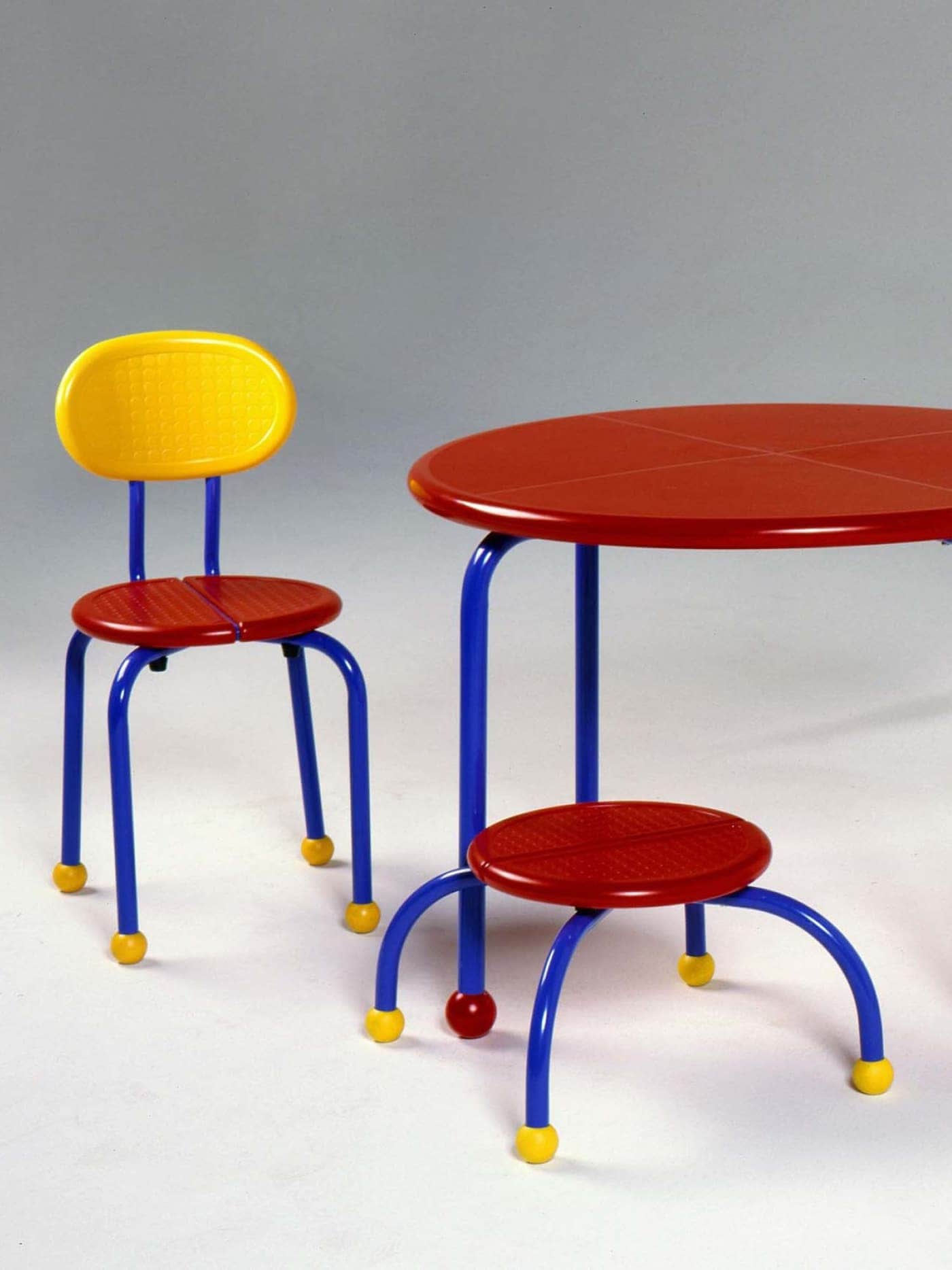 PUZZEL Children's furniture (1987) "The design is very childlike. It's a bit cartoonish. There's something charming about it that allows kids to use their imagination. They love the bright colours and they can pretend it's an ant or something." – Knut Hagberg 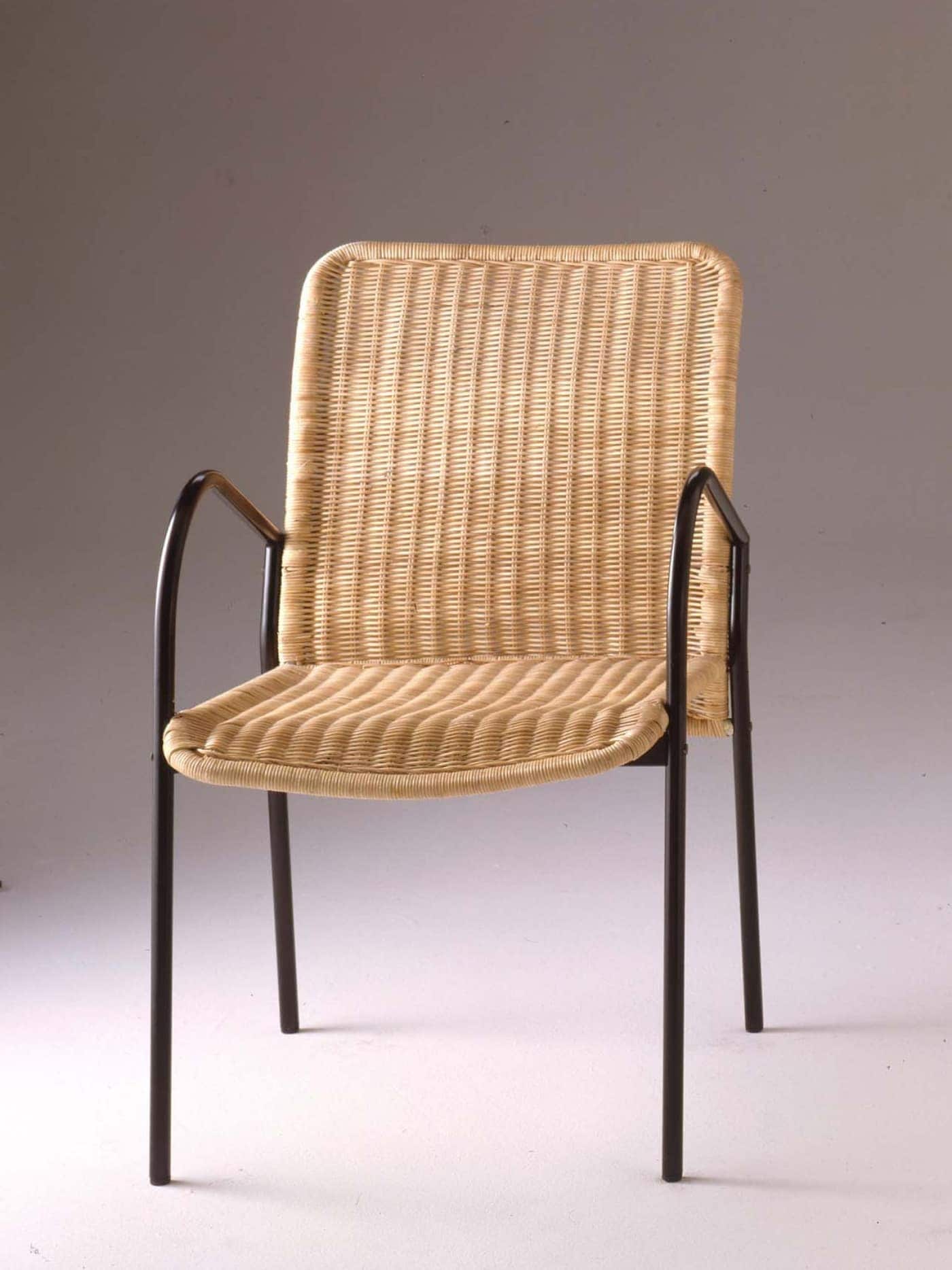 TALUS Dining chair (1985) "You could say it was the first dining chair in rattan. It allowed us to work with sustainability, good materials and it was also comfortable to sit in. It's such a classic in a way and it lives on as a classic icon." – Marianne Hagberg

Discover more at the IKEA Museum

The exhibition has now ended, but why not pay a visit to the IKEA Digital Museum, where you can explore it virtually in the comfort of your own home?

To the online exhibition