IKEA
Recently viewed
Change country
We currently have a higher demand for our system wardrobes than we can supply. Things will improve over the coming weeks, but in the meantime why not explore our solitaire wardrobes? 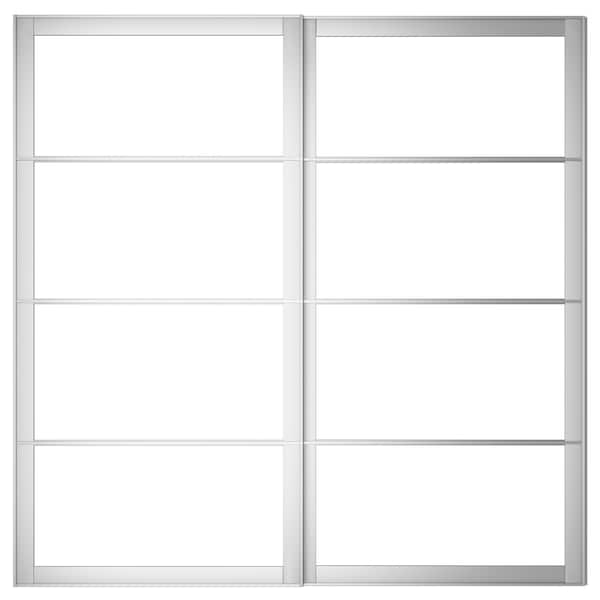 10 year guarantee. Read about the terms in the guarantee brochure.Sliding doors allow more room for furniture because they don’t take any space to open.Two persons are needed for the assembly of this furniture.To be completed with panels for sliding door frame.Designer

4.3(78)
Looks greatVerified BuyerVery crittal style looking doors. Very pleased with them.5
Pax sliding DoorsVerified BuyerBrilliant Piece of Kit5
Good system at a reasonable priceAnonymous reviewerWe have used this system before and it is well made and good quality. The finish looks very professional.5
My husband had build dozensVerified BuyerMy husband had build dozens of this and the last one we bought has an annoying noise when closing the slide door.2
What a bargainVerified BuyerBought a display set of wardrobes and there were a couple of minor parts missing after they dissembled it and the customer service sorted us out.5
Looks good but poor instructionsRuffles73This was the most complex item I have ever built from Ikea and took a long time to build. Looked good once built2
OkSpiderfrommarsLooks ok. About right proportions.3
Quality ProductPaul GeeJust needs some patience and definitely two people to build / manoeuvre. All a good clear floor space to work from. We cleared the room. All told looks great.5
Mrs shahzadThe worst ever to build extremely complicated and time consuming.gave my husband the biggest headache ever to build not good at all1
Excellent fit for room with plenty of storageBet2013Had previously bought one for second bedroom.Totally satisfied with the item so didn’t hesitate to repeat order but this time had one of the doors as mirrors5
Good quality doorsBeej63Found the choice of doors on offer for the pax system very good. The doors fit very well and close into place themselves. They look very nice and modern and the pax system has so many options to suit whatever your wardrobe needs are.5
Pair of sliding door frames with mirrorsChristineuk62Wardrobe looks good. My son and brother faced many problems putting the doors on. The doors are on but the soft close feature had to be omitted because the instructions weren't clear enough3
Very complicated to put togethergbrews65The sliding doors have to be pieced together but the instructions are very poor, in the end i had to go to Youtube and luckily found a person who had the same wardrobe system so i was able to fit the up but when they were up we noticed that two of the panels were the wrong way around, the shiny side should have been showing but we have two dull and two shiny. they look ok so we have left them rather than mess about changing them. When they were eventually fitted, they squeaked terribly so we had to oil the runners and everywhere else that rubbed together. They now run smoothly and much quieter.3
Soft closing for sliding doorBahadorIt was very complicated to assemble this door and add soft closing mechanism. After watching couple of videos on YouTube I was able to finally make it work2
2 persons at least to build!Hamist the WestieIt may be a good idea for Ikea to rate the difficulty level from 1 to 5 to assemble any given item. This would rate as a difficult 5! With the glass mirror panels in place, they are really heavy and to build and move, then to hang is definitely not easy. You also are aware that cracking the mirror panels would be fairly easy if you are not really carefull.2
Solid frame - and easy to assemble on your ownJolie27Bought this as part of our new Pax wardrobe system. I found the two doors really easy to assemble on my own which was a great surprise! I would just say you need to make sure you have quite a large floor space to construct the doors - I struggled for space but still managed it, but it would be easier if you had room to walk round the whole frame while assembling. Even with the mirrored panels, which are heavy, I managed to hang both doors easily on my own. One tip would be make sure that you remove the protective film from the panel inserts before assembling - I hoped they would protect the panels and I could remove after assembly but instead they got stuck in the frame and I had to disassemble and reassemble again. Not an issue but would have been better for me to get it right first time!5
Frame is okJustyna DFrame is ok. it is not easy to install4
Shelagh82Lovely wardrobes plenty of room absolutely love them5
looks amazing, operates easily.asldewI only bought the doors and runners as i built a a wooden frame in an alchove to hold them. First impressions of the doors were that they might be flimsy but once you construct the doors they are really solid. Move easily on the runners, look great and fantastic value for the price5
OverchargedCliffe65Charged twice for this item4
Skip listing 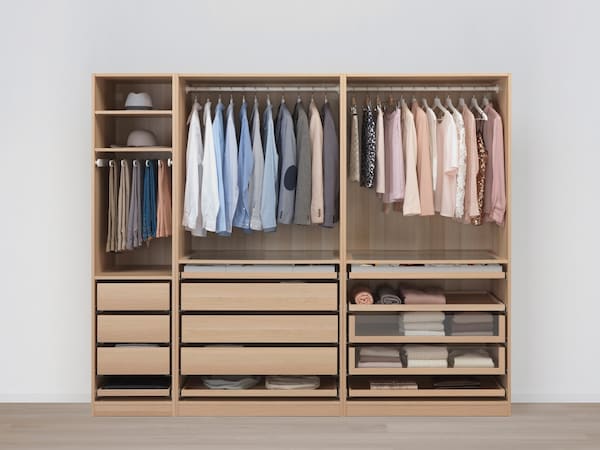