You can adjust the towel rack to your needs as it is extendable.

One push assembly - clean the wall surface and push to attach. No tools are needed.

To release and remove, insert a credit card (or similar) between the suction cup and the wall. No ugly holes or marks are left behind.

The suction cups have a tight grip on smooth surfaces like glass or tiles. 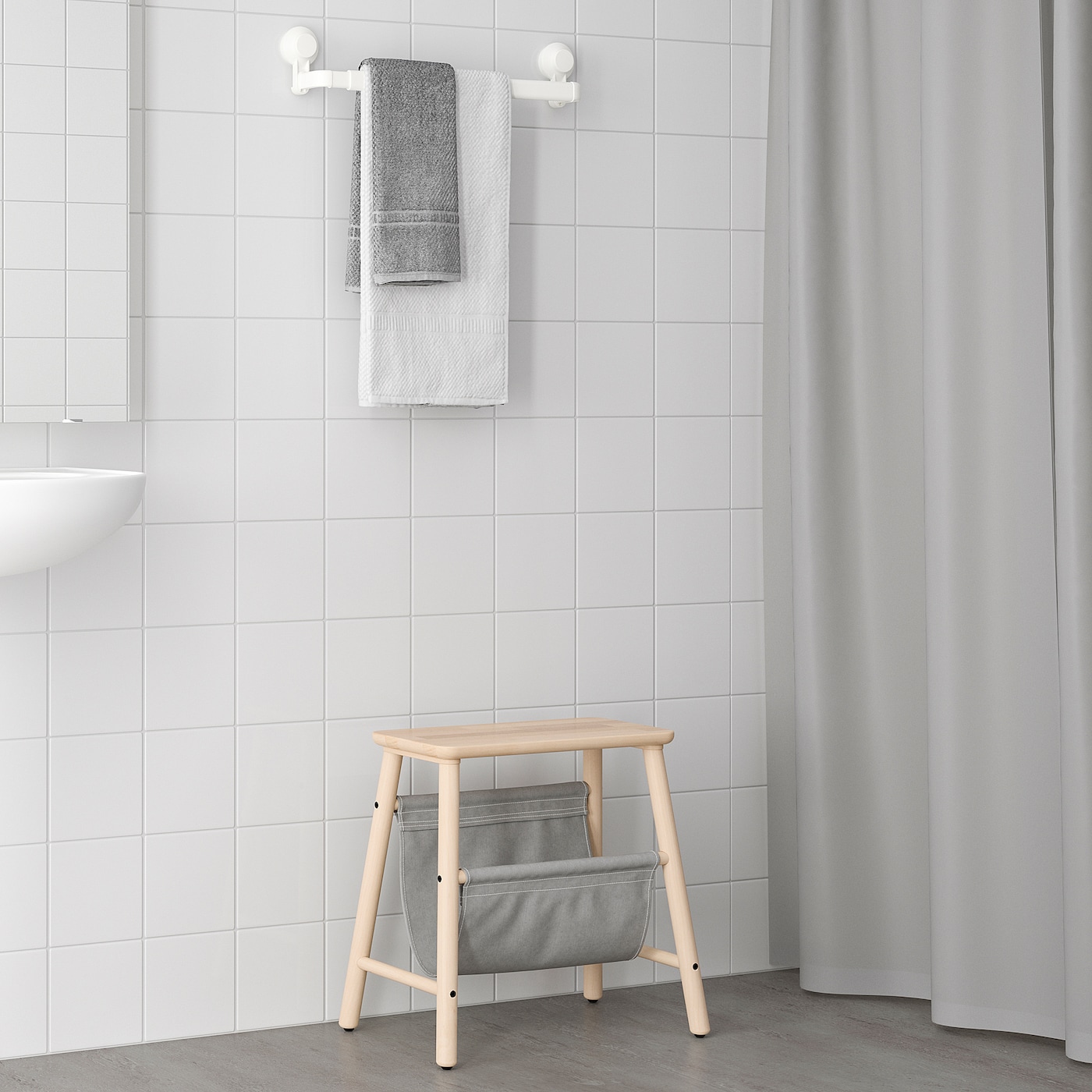 The moveable suction cup is a smart wall mount for flexible bathroom storage. The only problem is that it can come off after a while. Suddenly you hear a thump in the bathroom, and the shampoo bottle is on the floor. So, how do you make the suction cup attach better? Product developer Kristofer Adsegård and his colleagues – responsible for TISKEN bathroom series – wanted to find out.