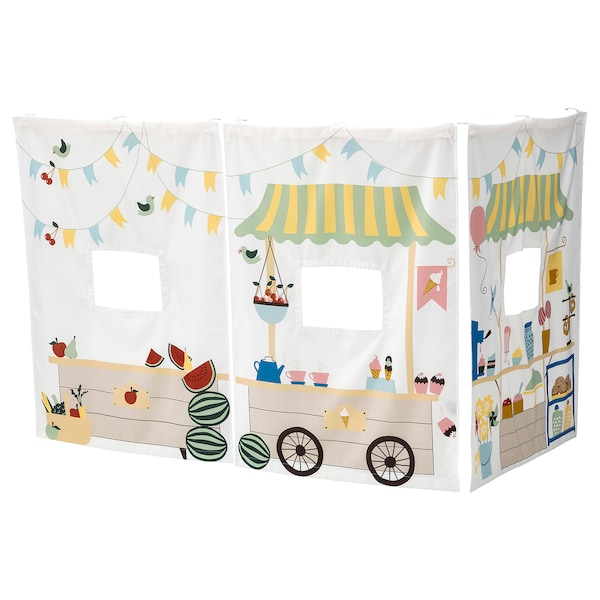 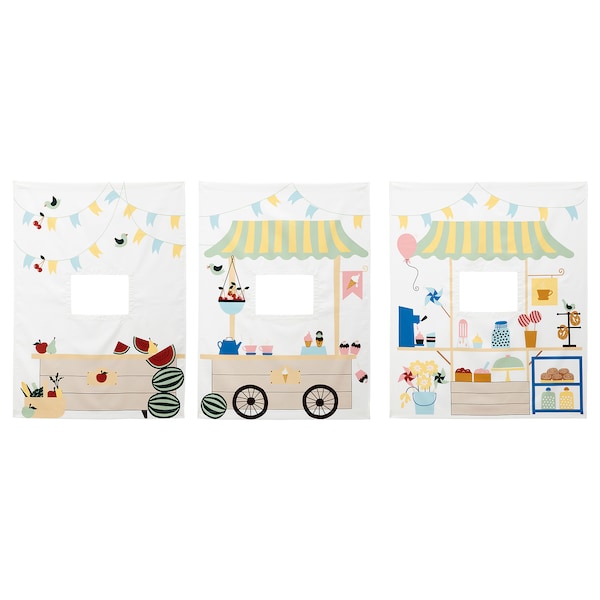 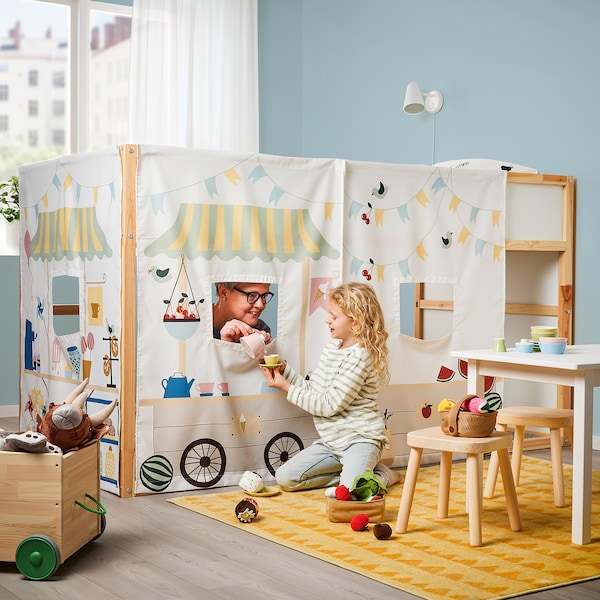 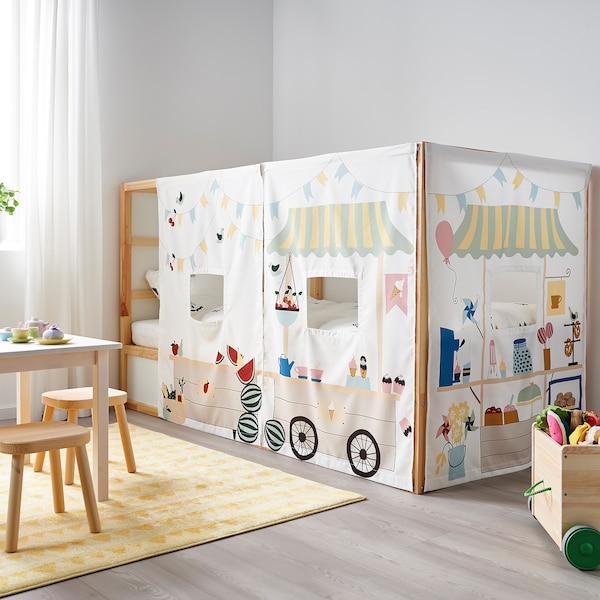 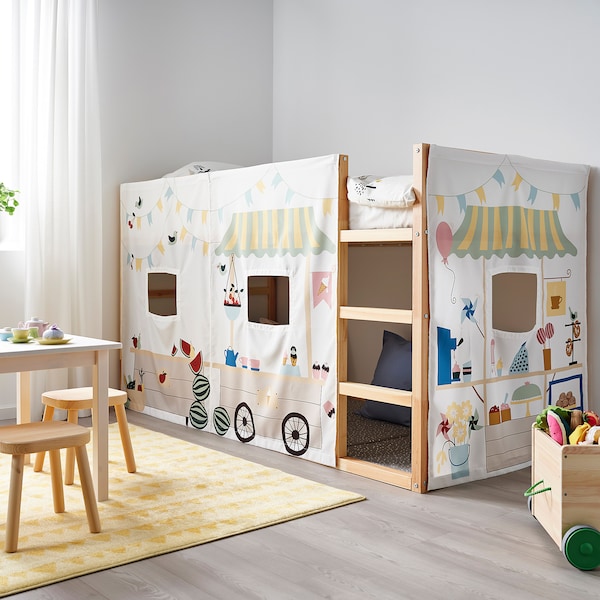 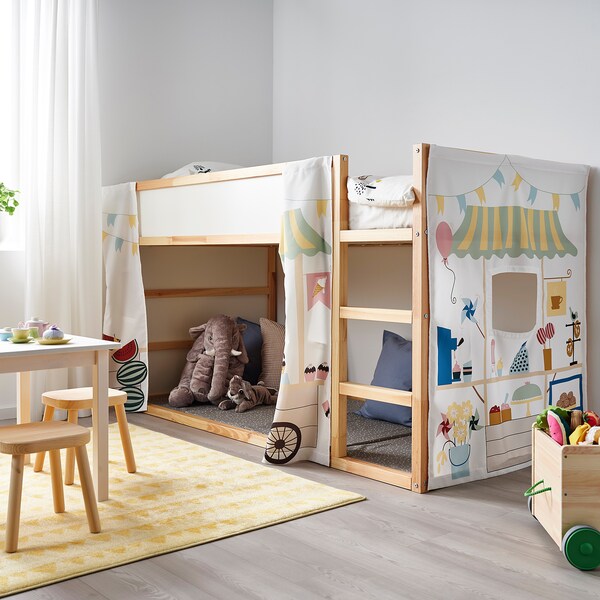 The curtain can be used regardless of how you turn the bed and where you position the ladder.Each market stall has an opening, so the children can play both on the inside and outside and take turns being a salesperson or customer.Playing shop and imitating adults in role-playing is a way for children to process experiences, practice interacting with others and understand their surroundings.The motif stimulates the imagination and goes great with the toy food, toy cookware and toy cash register in the DUKTIG series.You avoid needing to drill and avoid risking permanent marks from glue on the bed frame since the curtain has touch-and-close fastenings which attach to metal hooks that you hang over the edge of the bed frame.When it's time for quick clean-up or a break from playing, the curtain can be easily drawn to the side by moving the metal hooks.The bed curtain is made of 100% polyester – a light, airy and durable material that can handle a hectic day at the market.Recommended for ages from 3 years.Comprises: 2 curtains for the bed’s long sides (115x84 cm) and 1 curtain for the bed’s short side (115x96 cm).Fits KURA reversible bed.Designer 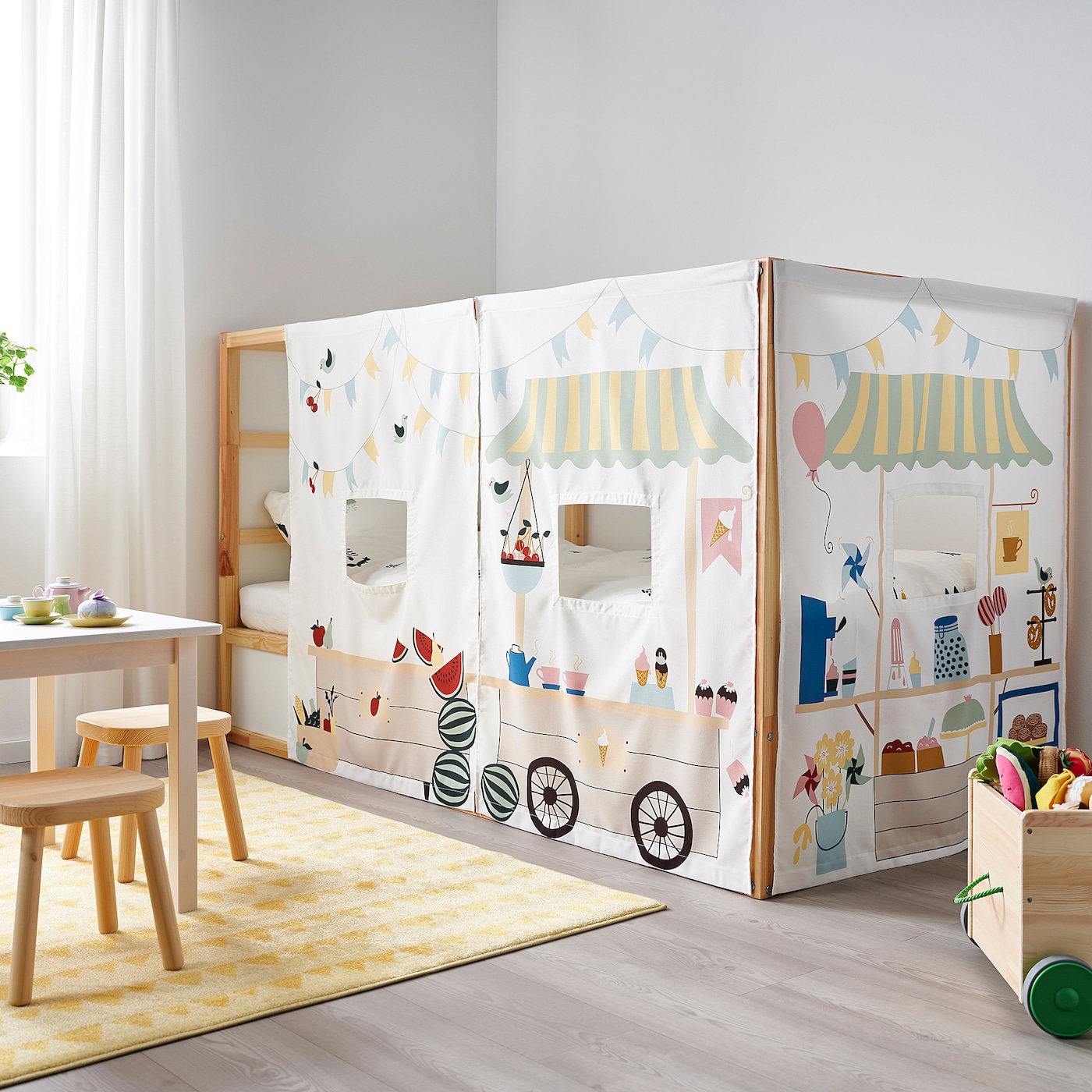 Discount will be applicable on checkout