Increased growth of 5.6 percent for IKEA sales during exceptional times 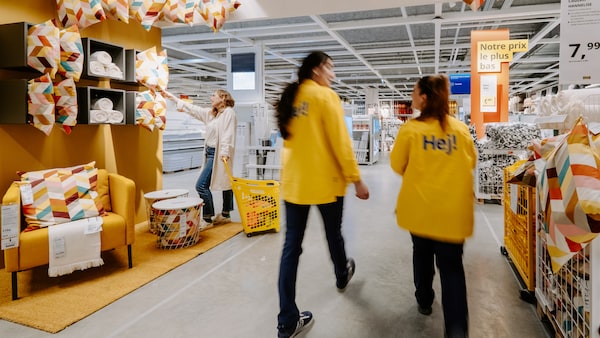 Ingka Group today announced IKEA retail sales of EUR 39.5 billioni for the financial year 2022ii, an increase of 5.6% compared to last year (EUR 37.4 billion in FY21). This despite unprecedented challenges caused by the tragic war in Ukraine, supply chain disruptions, increased inflation and the continued impact of the pandemic. While siding with the many people and furnishing many more homes, the company accelerated its omnichannel transformation to become even more accessible, sustainable, and as affordable as possible for its customers.

In an exceptional year, with geopolitical and economic challenges reshaping the global economic landscape - Ingka Group focused on the IKEA vision, to create a better everyday life for the many people. Once the war in Ukraine broke out, the company scaled down operations in Russia and together with its partners, such as UNHCR and Red Cross, made in-kind donations, supported with jobs, and furnished accommodation for refugees across Europe.

“I have never been prouder of the IKEA community. The last year has tested us like never before, as a business, as leaders and as people. And we lived up to the challenge – achieving solid performance in a disrupted environment, making tough decisions, while always keeping sight of the needs and dreams of the many. Uncertainties will continue be part of our lives in the coming years, but I am optimistic and confident in the strength of our togetherness and purpose,” said Jesper Brodin, CEO, Ingka Group.

As homes continued to be the most important places in the world, the company recorded growth in most of its markets and improved availability of products overall. It put focus on exploring life at home and beyond with its IKEA Festival at Milan Design Week 2022, H22 in Helsingborg, Sweden and later across the markets, showcasing the future of homes, retail and design, with a clear focus on people and planet. It announced an EUR 3 billion investment in expansion, welcoming new customers in the first city stores in London, Stockholm, Toronto and Mumbai, a long-awaited store in Nice and an additional 47 locationsiii. Introducing new digital tools – such as the AI-powered IKEA KREATIV – while investing in existing stores and new delivery platforms improved customer experience and fulfilment. Ingka Group also invested in a real estate property on Oxford Street in London where it will open another city store to bring IKEA experience closer to more Londoners. With rising inflation and increasing cost of energy and raw material, the company invested substantially and continues to make every effort to keep prices as low as possible.

“Being affordable is in our DNA and the key focus of our business – it has never been as important as now when we see an increasing cost of living. Our primary aim remains – ensuring that the IKEA offer always brings added value to our customers. We have always been there for the many people and through our dedication and hard work, we will continue to side with the many,” said Brodin.

Ingka Group continues to contribute to the IKEA goal of becoming climate positive by reducing more greenhouse gas emissions than the total IKEA value chain emits by 2030, while growing the IKEA business. As part of a EUR 6.5 billion initiative to contribute towards limiting the global temperature rise to 1.5°C, the company accelerated its investments in wind and solar projects in Germany, Spain, Sweden, and Poland. In addition, to further expand its responsible forest management practices, it purchased land in New Zealand and Florida where it will plant new forests and ensure increased biodiversity.

Inter IKEA Systems B.V., which is the owner of the IKEA concept and the worldwide IKEA franchisor, also announced today total IKEA retail sales of EUR 44.6 billion across all 12 groups of franchisees.

i The (financial) information in this press release is unaudited, Ingka Holding’s audited financial statement will become available through the Dutch Chamber of Commerce.

iii Including stores, city stores, and planning studios (also known as plan and order points in some markets). 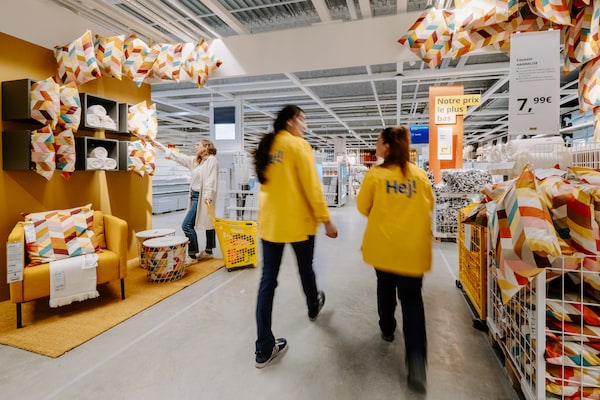