Interview: the benefits of being surrounded by plants

Studies show that gardening and plants can have a range of positive effects on us. We wanted to know more on the subject, so we sat down for an interview with researcher Anna María Pálsdóttir. 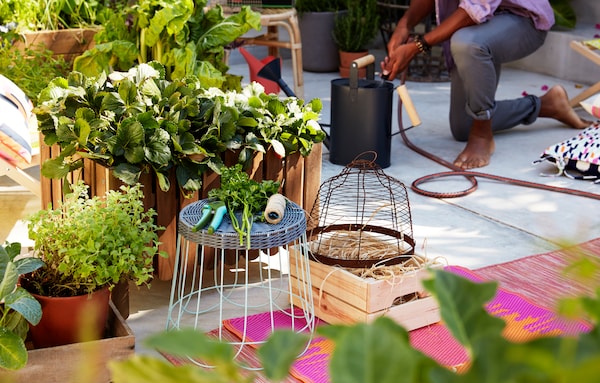 A soothing garden in a sea of green

No more than a speck on the map, Alnarp is a loose collection of buildings in the open farming country outside the city of Malmö in the south of Sweden. At its centre is a small, 19th-century castle covered in thick layers of wisteria – called “blue rain” in Swedish – that turn the whole structure a bluish lilac in spring. Still, that’s just a fraction of the greenery of the park surrounding it.

Alnarp is one of the hubs of SLU, the Swedish University of Agricultural Sciences. As a side effect, Alnarp is home to one of Sweden’s richest populations of plants and trees. All in all, the tiny village is best described as a big botanical garden, dotted with houses here and there.

This is also the workplace of Anna María Pálsdóttir.

Describe what you do for work.
– I am a researcher at SLU Alnarp, within the field of environmental psychology. My colleagues and I study the interaction between humans and their surroundings, e.g. what kind of effects a certain natural environment can have on people and activities.

Something called the SLU Alnarp Rehabilitation Garden plays a big part in your research. How so?
– The Rehabilitation Garden is an actual garden, established in 2002. It’s not much different from a normal house garden, maybe a bit larger, with plant beds, hedges, decorations and a greenhouse. However, the design of the garden is based on theories within environmental psychology of nature’s possible, restorative effects. Here we conduct research on nature-based care and rehabilitation. Simplified, we look at what plants and gardening can do for mentally vulnerable people.

The multisensory nature of gardening

What effects have you seen from this type of rehabilitation?
– It’s fascinating to see how plants – meaning everything from simply being near them, cultivation, taking responsibility for nurturing them, to harvesting, using and sharing the produce – can have a very positive impact on our subjects.

Caring for plants seems to work on a multisensory level: Touching soil, seeds and plant material. Seeing, smelling and tasting the progress from kernels to finished flowers or edible fruit and vegetables.

And while plant nurturing can help with such basic rehabilitative aspects as motor skills, much of the handling seems to work also on a deeper psychological level.

Bloom or become compost – the win-win of growing

– The process of growing plants is very forgiving. Firstly, everyone can do it at their own pace. And if you don’t achieve the exact goal you set out to reach, there is still the excitement and responsibility connected with caring for a life, and seeing it prosper. Even if it really doesn’t go your way, and the plant dies, it can be composted and quite literally become the source of new life. The whole thing lends itself exceedingly well to progress through positive trial and error. Gardening is a very self-rewarding activity.

At the same time, it’s important to point out that this type of research is by definition hard to raise to the required level of scientific certainty. But even if it’s indication rather than evidence, the results we’ve seen speak clearly in gardening’s favour.

Artificial plants can have many of the same effects as live ones. A type of well-being placebo, one could say.

A piece of nature, right in your home

You work mainly with people in need of rehabilitation. Is there anything that can be said on the positive effects of gardening on a more general level?
– From what we see – yes, most definitely. Our finds could easily be applied to promote gardening as a whole.

Besides the sheer beauty of plants – most of them, anyway – it’s something that is easy to share with others. Naturally in the sense of harvesting vegetables and eating them together, but also the experience as such. It’s a sociable practice that tends to connect people. Working with people from different backgrounds, we’ve seen it become a communication tool that goes beyond languages – even becoming a language in itself.

In an evolutionary perspective, it seems only right that plants should have a calming effect on us. Nature – as opposed to the more fabricated cityscape most of us live in – is where our species came to be, it’s our home. In that sense, plants are a vivid reminder of our natural element.

A great thing with these benefits that we see connected to plants and gardening, is that it takes so little. Just a few plants can be enough to see a calming reaction in people. It has even been shown that artificial plants can have many of the same effects as live ones. A type of well-being placebo, one could say. 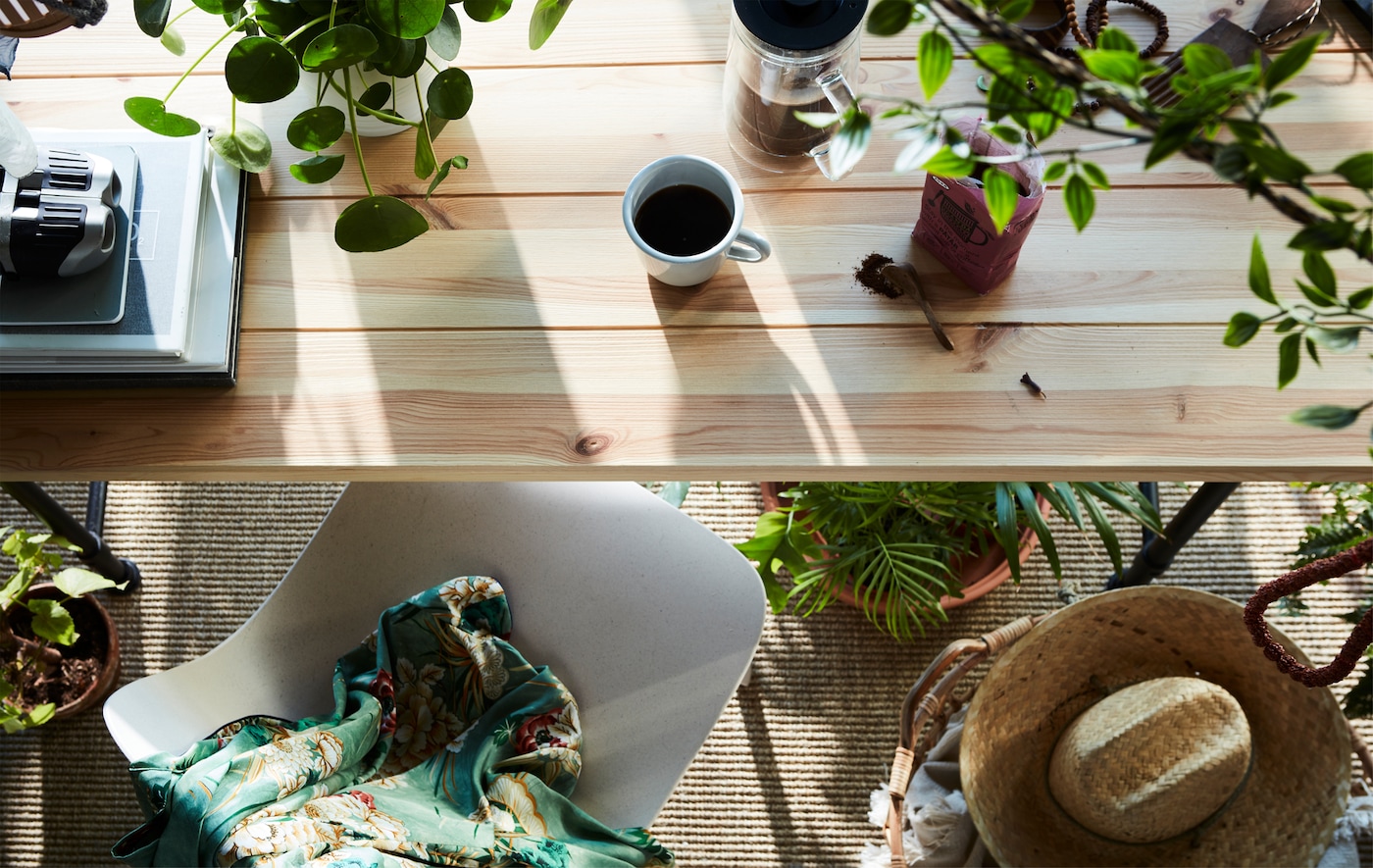 Start your day in the right order, part III 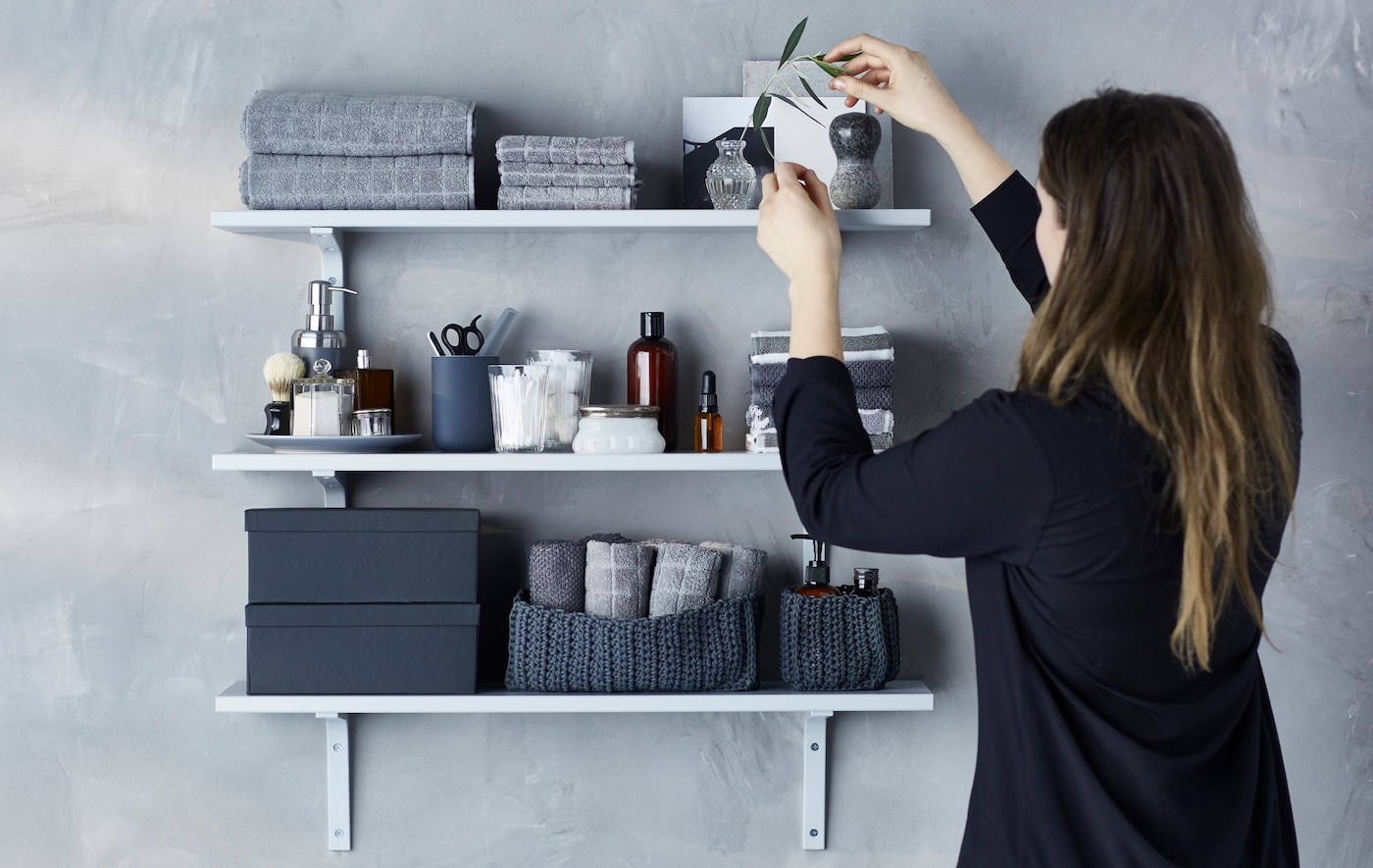 Secrets of a stylist: The Bathroom shelf display 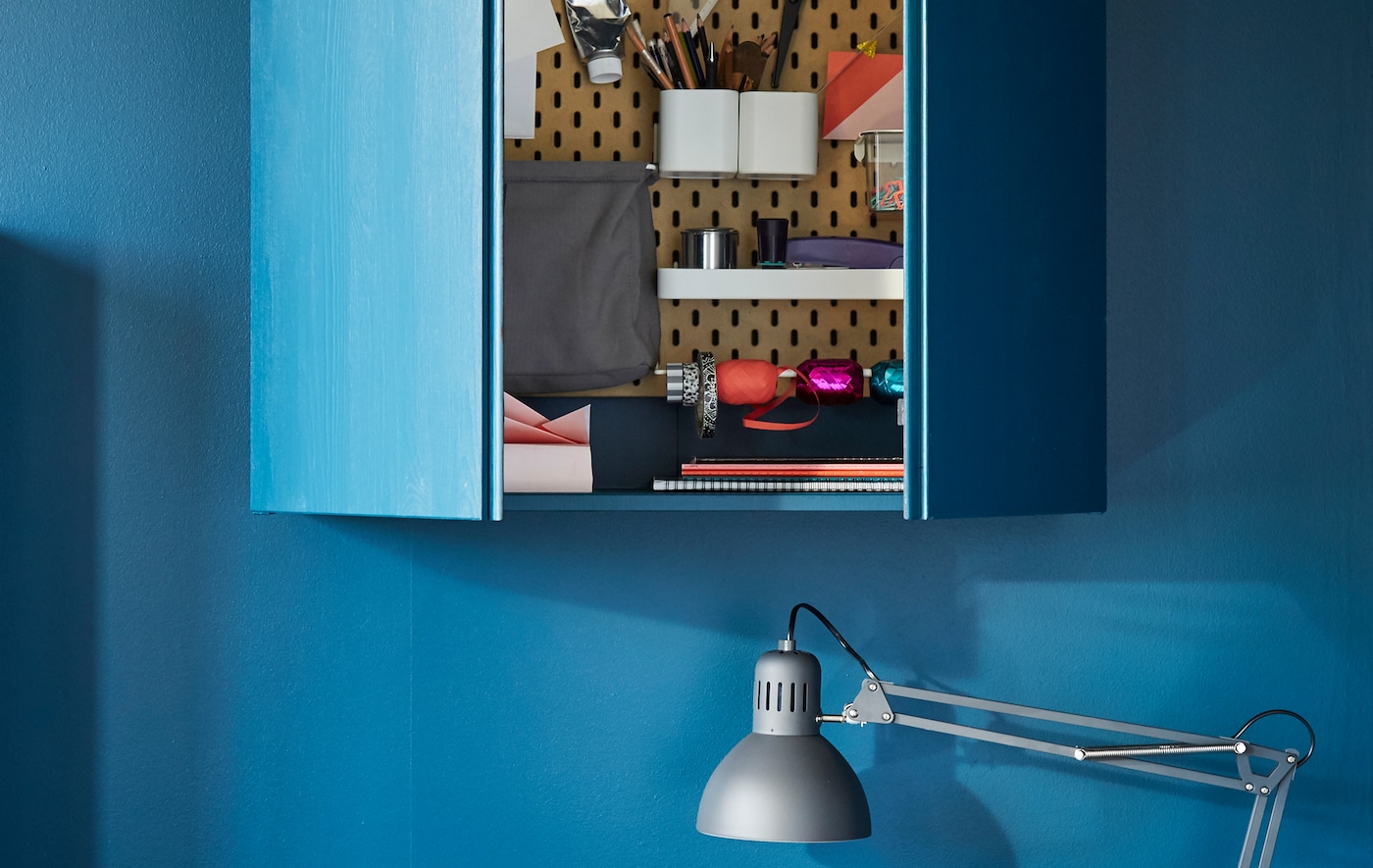