Play is a way for your baby to develop their senses and interaction with you and the world. With this musical toy from the KLAPPA toys collection, we want to stimulate this important journey of discovery.

Stimulates a baby's sight, hearing and sense of touch.

;
Loved it at firstIrina B.My baby absolutely loved it. It was his first toy, but sadly after couple of weeks or broken down and it isn't playing sounds anymore. Great you, but bad quality.2
PerfectLEILAPerfect gift for a new baby. No small parts and it plays soft music to keep baby calm.5
Great little toy for our 4 month oldJohn J.It was a gift, she loves it and it's a great design. I do wish I could determine what song it's playing though! Anyone have any idea??5
Nice sound, cute little toyXIAOJIANice sound, cute little toy5
Adorable!WandaThis is a very cute toy. I wish it played longer to keep a baby's attention but it's very cute and cuddly.5
Our baby LOVES it!MummaPooBeautiful design. Better than most battery operated toys. Our boy can’t stop playing with it.5
Cutest CaterpillarmO3Omcutest caterpillar for little kids.buy it buy it buy it5
bren009I love this for my great nephew but wonder how long the musical box will last. No way of kowning if it has a battery in it or if it can be replaced. But it has been a sweet addition .4
Super cute and sweetAshBanMy daughter wanted it for our new baby. It’s such a cute gift.4
Wonderful toy for very youngauroraontarioI bought this as a gift and almost don't want to give it away! I like that there aren't any batteries and the tune is so soft and soothing and the toy so cuddly and simple. Great idea.5
The most adorable toy ever!Belle PotterThis is the cutest toy ever! I love playing with it - and so does my baby sister, needless to say! It's very easy for her to play with it. It plays a lovely, soothing melody as well. We are in love!5 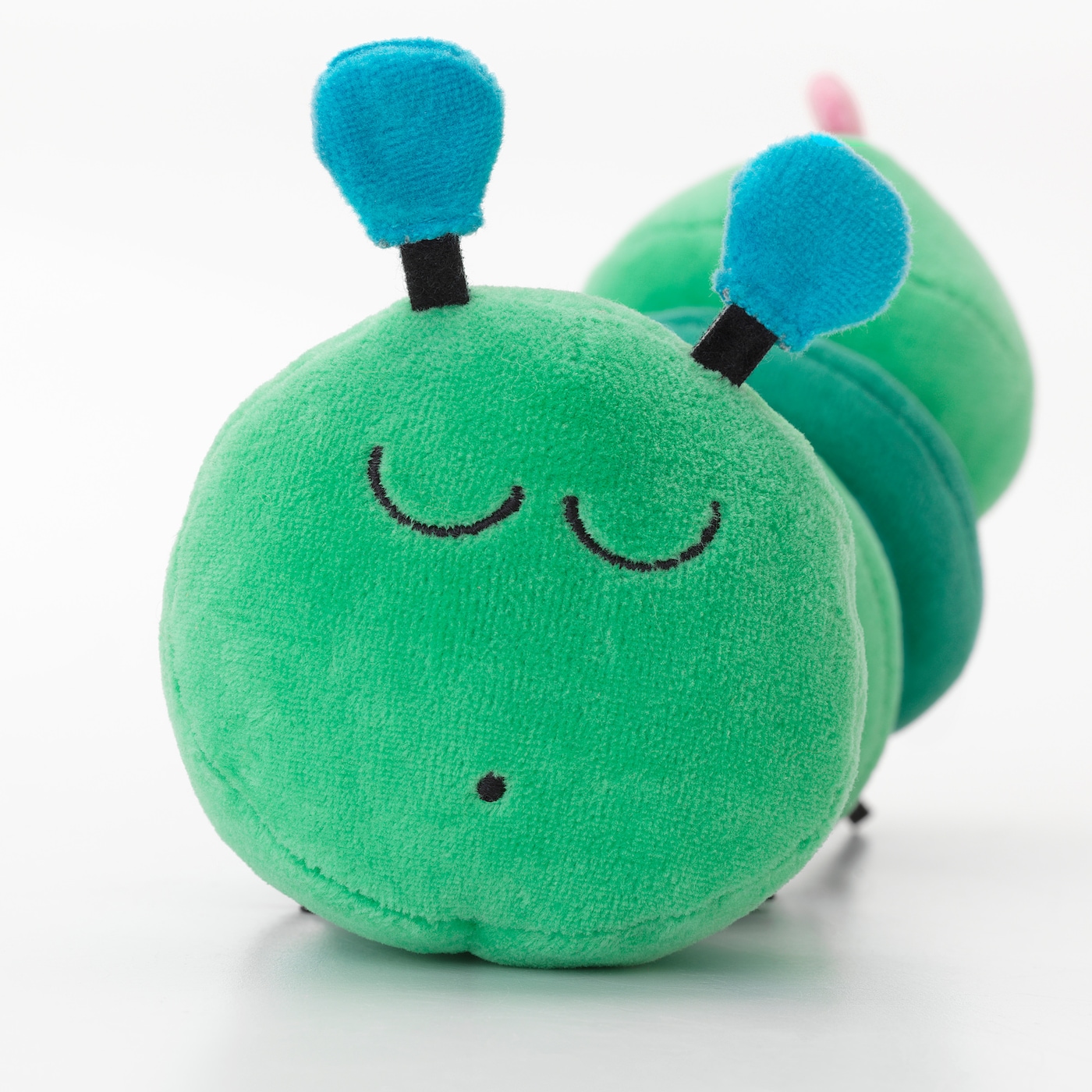