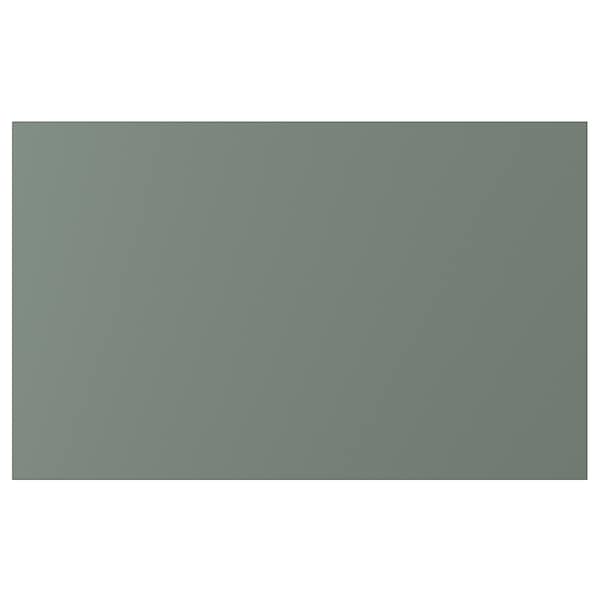 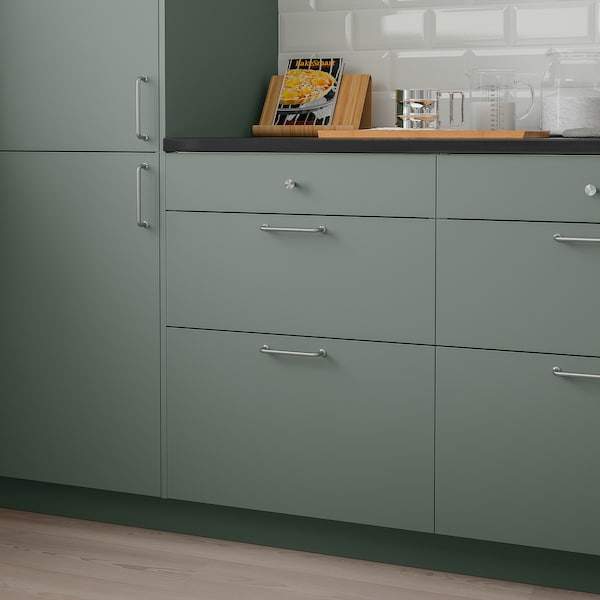 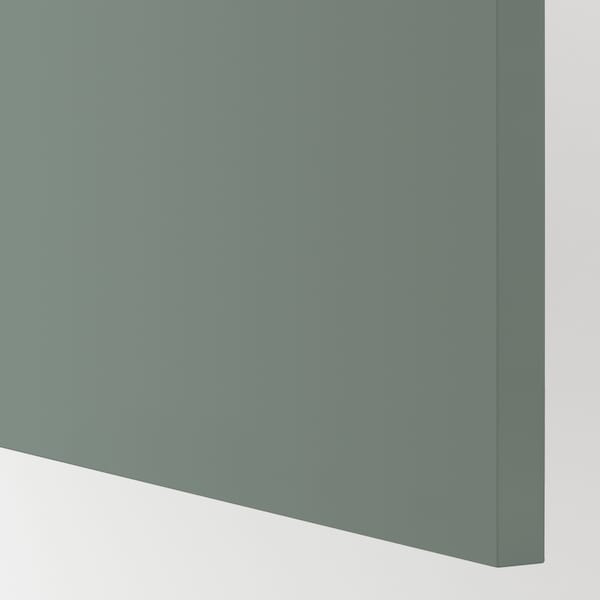 Produced in factories using renewable electricity and featuring a foil made of recycled PET bottles, BODARP drawer fronts in matt gray-green creates an open and welcoming kitchen with a modern twist.

Foil gives a smooth and practical surface that is resistant to moisture and staining and is easy to clean.25-year Limited Warranty. Read about the terms in the Limited Warranty brochure.To be completed with knobs or handles.Designer 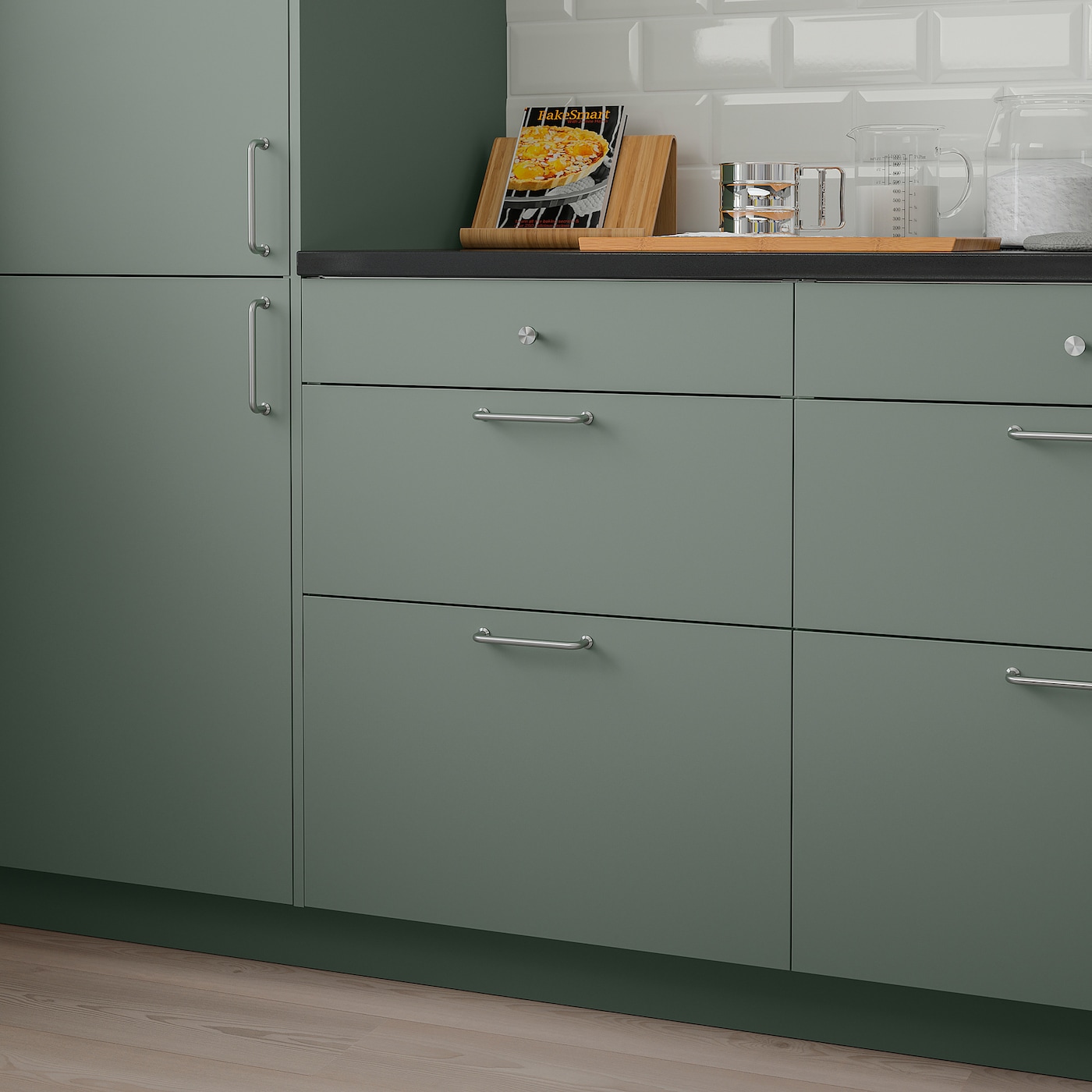 A few years ago, we developed a kitchen front with a foil surface made in recycled PET plastic. It was an important step in seeing all the PET bottles used around the world as a resource. So when it was time to add to our kitchen range with the new BODARP front, it was a given for the team to work with the same material. But this time they wanted to go even further in their goal to create a more sustainable kitchen front.  Read More
For product developer Sara Åberg and her colleagues, it was never considered to just make a new kitchen front in a new color. They wanted to use new insights regarding both quality and sustainability. "Technology is constantly developing and now we are already seeing the next generation of foil made in recycled PET plastic, and it’s even more scratch-resistant," says Sara.

It was not just the material that the team returned to, even the supplier was the same – for several reasons. "They have extensive competence with kitchen fronts and only use electricity from renewable sources, such as solar, wind, water and wood scraps from production." To secure the production, one more supplier was needed, and now it was obvious to the team to have renewable electricity set as a standard for the entire production chain. Sara is pleased with all the important progress that the team succeeded in accomplishing – but adds: “It’s also a very nice kitchen front that you can personalize as you like. Classic or modern – it’s up to you."
Read less

$32.00
Available for delivery
Checking stock
You have 365 days to change your mind.
Skip listing
Skip listing