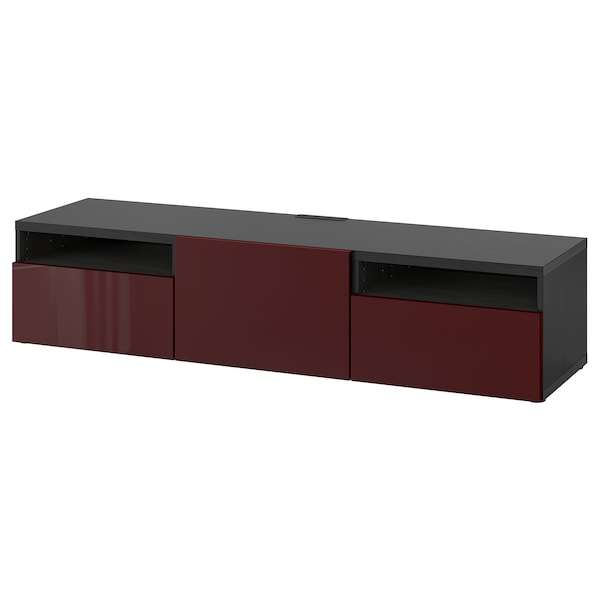 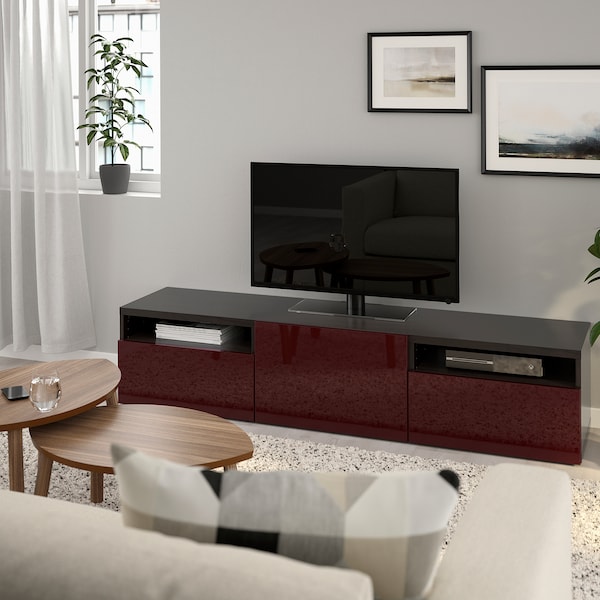 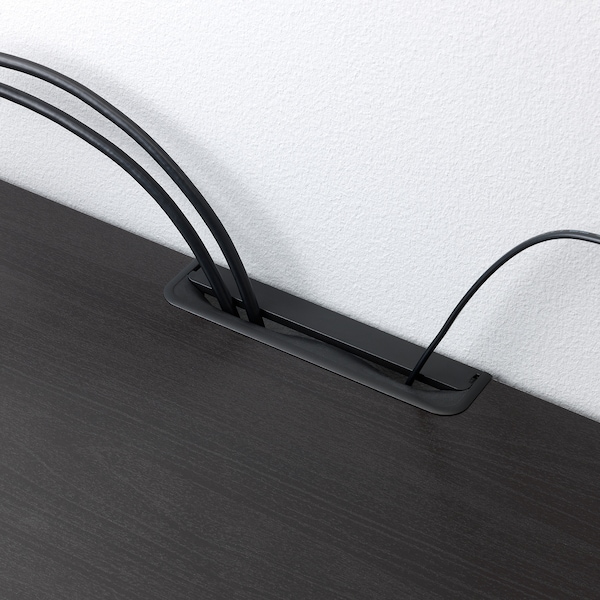 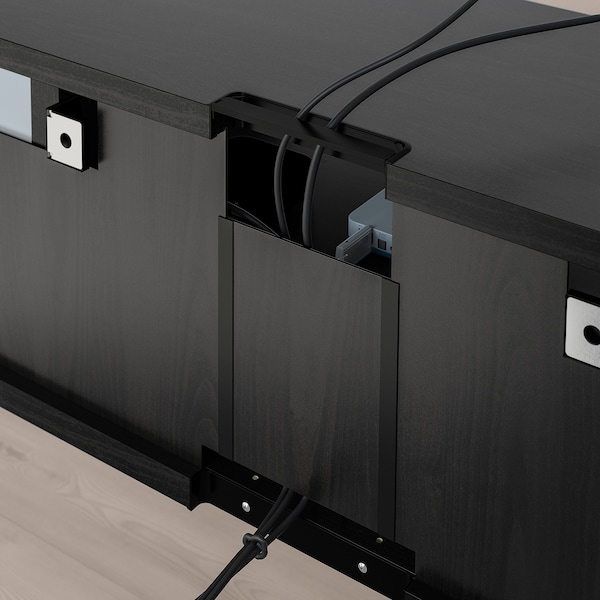 It’s not only the TV that’s smart! BESTÅ TV units combine contemporary good looks with practical function. You get lots of storage space and relief from cables that tend to get messy and gather dust.

The drawers have integrated push-openers, so you don’t need knobs or handles and can open the drawer with just a light push.It’s easy to keep the cords from your TV and other devices out of sight but close at hand, as there are several cord outlets at the back of the TV bench.The two drawers make it easy to keep remote controls, game controls and other TV accessories organized.The cord outlet at the top lets cords and cables run down smoothly even if the TV is mounted on the wall. The push-open function requires a space between the frame and the drawer front to allow the drawer to be pushed to open. The small gap is necessary to allow this function and is not a product deviation.This furniture must be secured to the wall with the enclosed wall anchoring device.This TV bench can take a max load of 110 lbs. on the top.Different wall materials require different types of fasteners. Use fasteners suitable for the walls in your home.The max. load for a wall-hung TV bench depends on the wall material.Interior accessories that help you organize inside your BESTÅ are sold separately.Designer

3.5(13)
Large Tv Benchksing044I just bought this, overall I love the look but had some difficulties building it. BE warned it took 3 hours. The drawers were mostly straightforward, however aligning things took a few tries. I'm not sure if I did something wrong but the door doesn't open the way they suggest, the piece meant to push the door our doesn't even touch the door, and I installed it per the drawings.4
Great Tv stand for the pricePharmaChickI bought this after carefully reading all the reviews and despite so many poor ones. I was in need of a TV Stand long enough to fit my 70 inch flat screen, so I took a chance. I should also mention that did not mount my Besta TV bench onto the wall/off the ground, but rather used it as a floor TV stand. I will assume of those which did mount it to the wall, this is what caused such long assembly times and the need for a second person. It is not light. I did not have a power drill. I highly recommend a power drill. Despite this, I was able to assemble the unit within 3 hours. Everything fit properly (no warping), and I was fortunate to not have any boards that came scratched/damaged or hardware missing. I think it looks fantastic. There were some who reported the unit as flimsy and not sturdy. It supports the weight of my 70 inch just fine. Personally, I think it's definitely worth the price.5
Took us 3-4 hours to completeAudrey_1992It looks nice When your done 4 hours later, but the quality is poor and it’s VERY very complicated to assemble. I would NOT recommand it.1
Perfect for extra storageHimzoI bought it a month and half ago great product i should of bought it earlier very easy to assemble5
Krishna9website size and phone application says 42cm but it’s only 40cm5
DidioxyShelves And doors are not straight2
Love thisMelissa sSuper nice and modern. My 65in looks perfect on top of it. :) It was also pretty easy to build.5
Don"t buy thisbluephil17Panel gaps everywhere and very difficult to put together. Worst thing i've ever purchased and now that its assembled i can't exactly pop it in the car to return :( $250 wasted1
Does the work and it’s easy to put togetherEgonzalezThis TV bench is part of my Besta combination. It looks great in my living room and it offers the perfect space to put the electronics.4
william 21The unit is perfect for storage and to hold our new TV5
BeautifulRobinH74It's perfect for my livingroom.5
Terrible QualityBigDReally disappointed with IKEA on this one. Gaps everywhere as wide as 1/8”-1/4”, certain pieces fit flush while others don’t and the sturdiness is sketchy at best when you replace half the hardware that used to be metal with plastic. Took two people 6.5 hrs to assemble.2
Skip listing 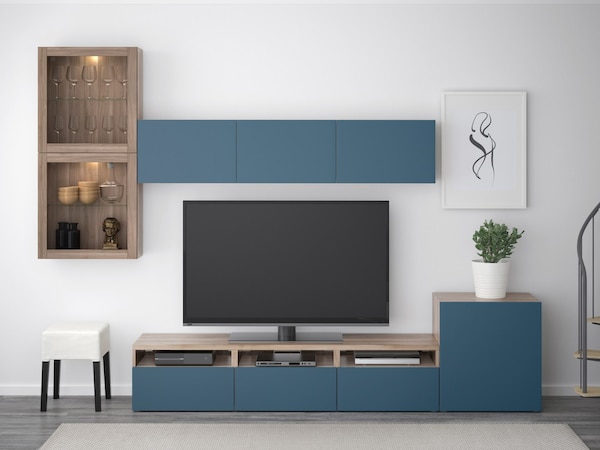