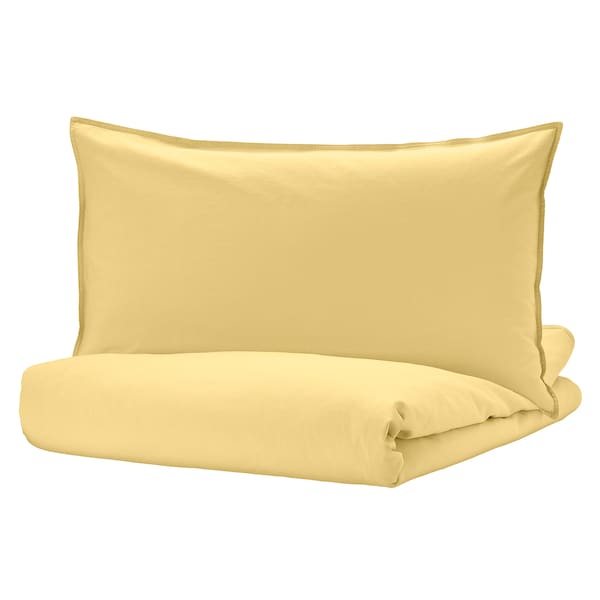 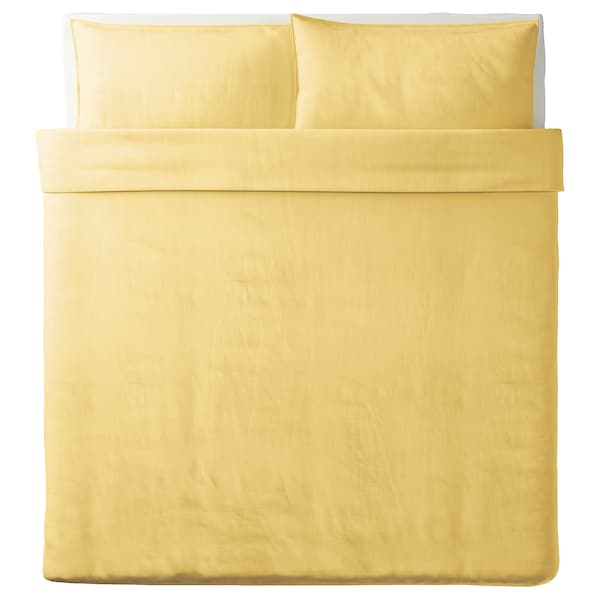 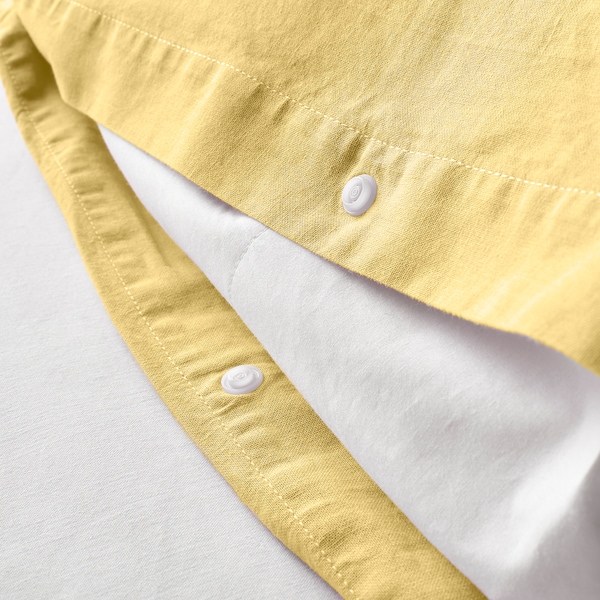 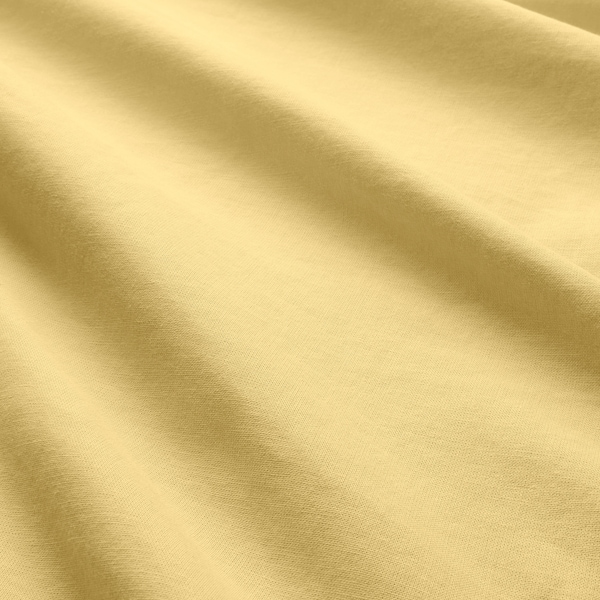 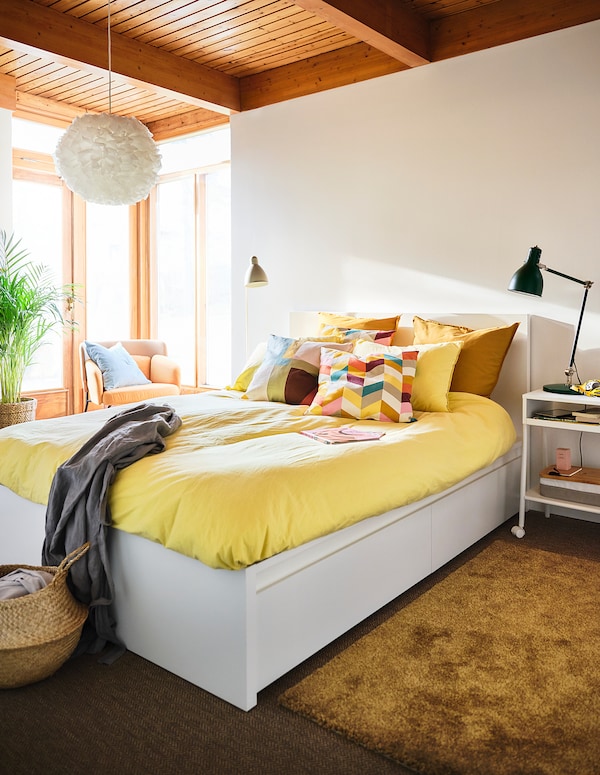 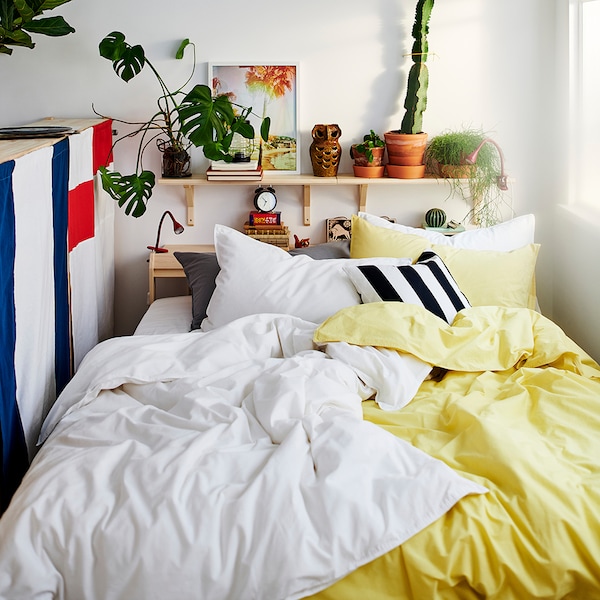 ÄNGSLILJA duvet cover adds a casual and relaxed air to you bedroom. The washed cotton fabric gives harmonius colours and feels as soft as it looks so you can wake up feeling fresh and well-rested.

The duvet cover is washed using a method that brings out its harmonious colors and gives a softer feel against your skin.Pure cotton that feels soft and nice against your skin.Concealed snaps keep the duvet in place.Includes: 1 King duvet cover and 2 King pillowcases.Includes: 1 King duvet cover and 2 King pillowcases.Pillowcase with envelope closing.125 thread count.Thread count indicates the number of threads per square inch of fabric. The higher the thread count the more densely woven the fabric.Designer

4.2(92)
Duvet CoverWaverletI like the color and the softness of the fabric.5
Sons bedroomJanestaMy son picked it out. He loves the blue to match his maple leaf room5
Surprisingly goodChinadolllI didn't think I would enjoy these sheets because of the price point. But I ended up buying 2 of these, mainly for aesthetic purposes, but I am enjoying the feel! Only thing that bothered me about the sets were: after I washed them and coming out of the washer, it smelled kind of funky, sort of like wool when it gets wet... But once I dried it, that smell went away. Can't say it's 100% gone, but it's definitely not like when it was wet! But after putting them on, I sank right into them! They actually add alot of warmth and thickness also. Soft and comfy, great value overall for price.5
Deceiving picturesAnita1376It’s much thinner than looks and I don’t like the feel of it. It feels rough not really cozy1
Absolutely loveHappy costumer 101The fabric is so nice and cooling! Really really happy with this purchase5
Too heavy, poor qualityZoey_I do not recommend this product - too heavy and some of buttons fell off.1
shish1112The only thing I wish it had was ties inside the duvet cover to hold onto the duvet. Other than that j am very happy with my purchase.5
I don’t recommend this productClaire7878Nice wash and colour but I can’t snap the buttons, will bring it for an exchange but the lines at ikea are crazy these days1
No buttons!!!DbianchiI am extremely disappointed that there are no buttons, as showed in the pictures. I don't want to go to the store - which is far from my place - have to wait in line to get in to try to exchange it. Where is your quality control, IKEA? I read other reviews about the same issue.1
Very happyJess559Bought this duvet cover roughly 6 months ago, the quality is still perfect. Never had an issue with it. I have 3 cats and a dog and all the pet fur washes off nicely, doesn’t stick too bad or look dirty between washes, something I look for in a fabric product. Will purchase in other colours!5
DuvetExact as displayedFits need as expected. Better quality than bulk store.5
Duvet coverXena2002I bought this for myself and I liked it so much I bought one for my daughter. It fits well and the colour is a really good grey.4
After washing textile dust comes offTotoshaI bought two sets of these bed cover and pillows and two of them keep bringing fabric dust to my bedroom whenever i make up my bed or just it lift it up and down, millones of small pieces keep coming out of it no matter how many time i wash it1
Nasim1389Very cozy Frome the really first time!5
So comfortable...Ikeafan777Love this set. Just wish it came in other colors.5
Beautiful and CasualArlencitaThese are my favourite duvet covers! Soft from day one. Love the gray. The double stitching at seams give it a distinctive look. They wash well too.5
A bit thinJason JHUnfortunately they’re rather see-through, which won’t matter on a white pillow but the pattern on my pillows shows thru.3
Pretty but not softJennniferrBought this 2 weeks ago. Washed as soon as I got home as I was so excited to use. It looks good on the bed, but isn't overly soft - I don't sleep on the pillow cases. Hoping it gets softer the more I wash it.3
Not as it appeared in store...NicJDisappointed with the quality, in the store it felt super soft on display, but when I took it out of the bag and used it for one night it is rough, stiff and feels cheap. Tried washing it and using fabric softener as well and no change.1
Very good duvet cover and pillow cases!carson123I suggest this duvet cover set to anyone! I bought this duvet cover a few days ago and i'm in love. When you first get them they are a bit rough and stiff, so I immediately turn the duvet cover and pillow cases inside out, washed the duvet cover and pillows. Right after that i threw them in the dryer on low heat because if it's on high heat it will wrinkle and become scratchy. And they are so so so soft! The duvet cover is durable and thick enough to know it won't rip, it's just amazing. My only concern is the buttons, it feels like cheap buttons which will fall off if unbuttoning aggressively, so I suggest being extra careful when putting on the duvet cover and taking off.4
Skip listing