The shelf is perfect for heavy things since it can hold twice as much load (3 kg/dm2) as a standard shelf.

You can use the sturdy, durable shelf anywhere in the home ‒ in the garage, bathroom, kitchen and pantry ‒ since it withstands moisture, dirt and heavy loads.

You can easily expand your combination if you need more storage by adding on sections and shelves.

You can move the shelf and adapt spacing to suit your needs. 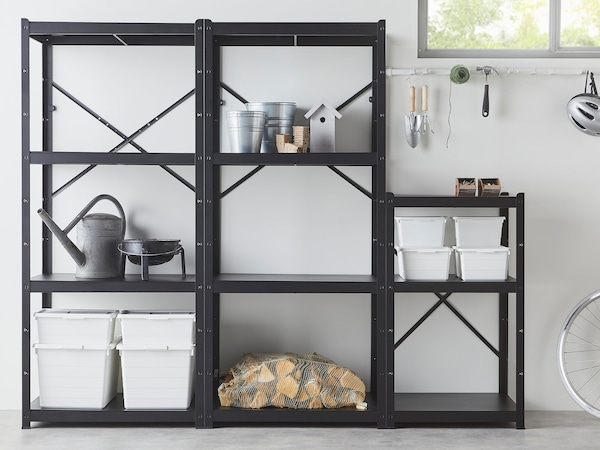 Want to customise the look and functionality for BROR that suits your space, needs and taste?
Try an IKEA planning tool 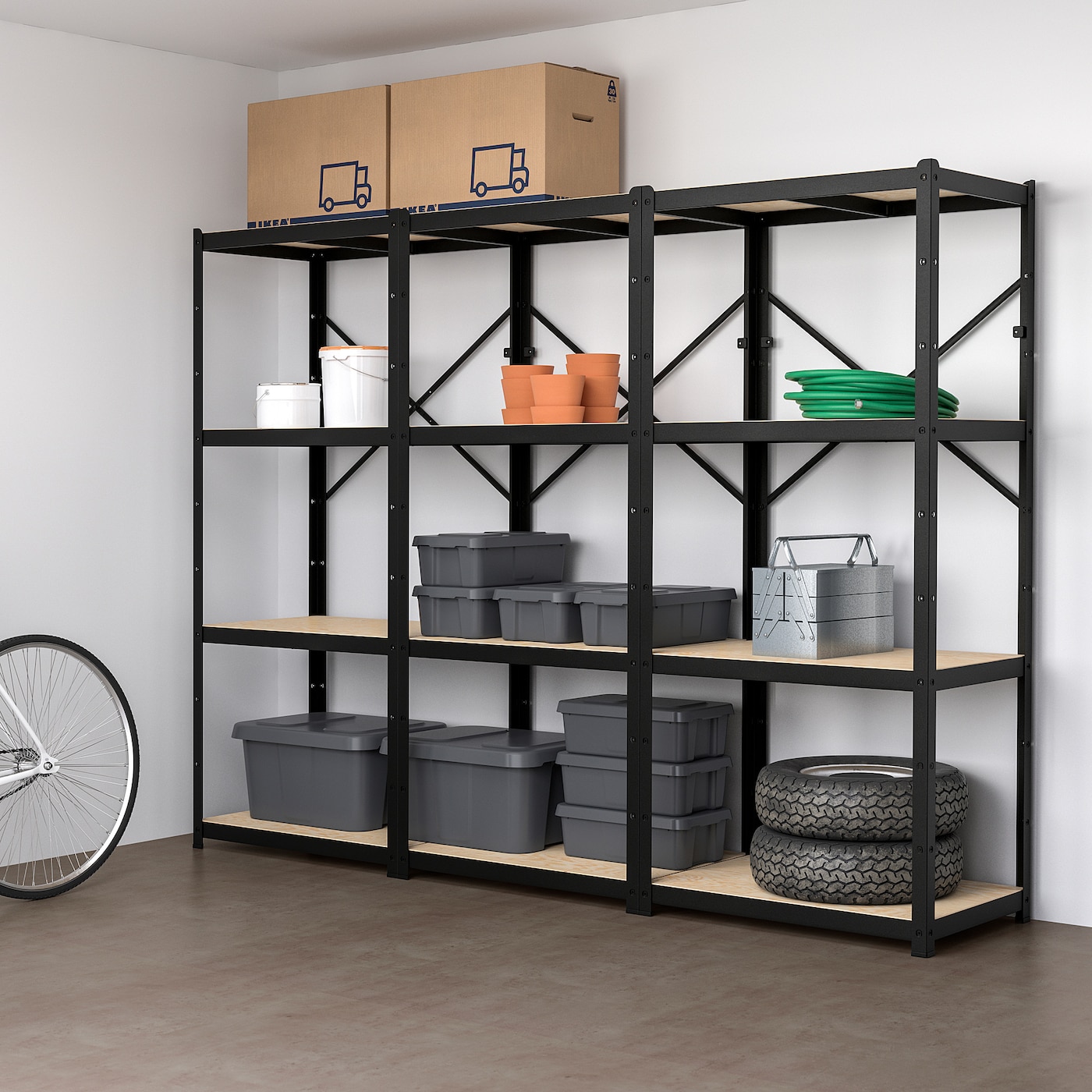