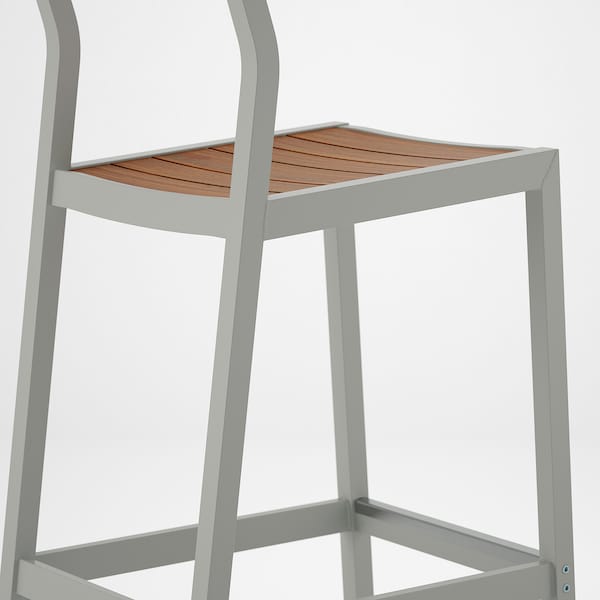 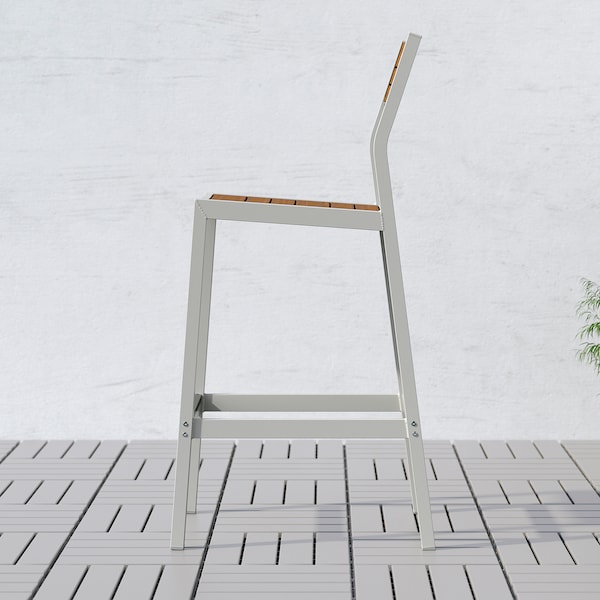 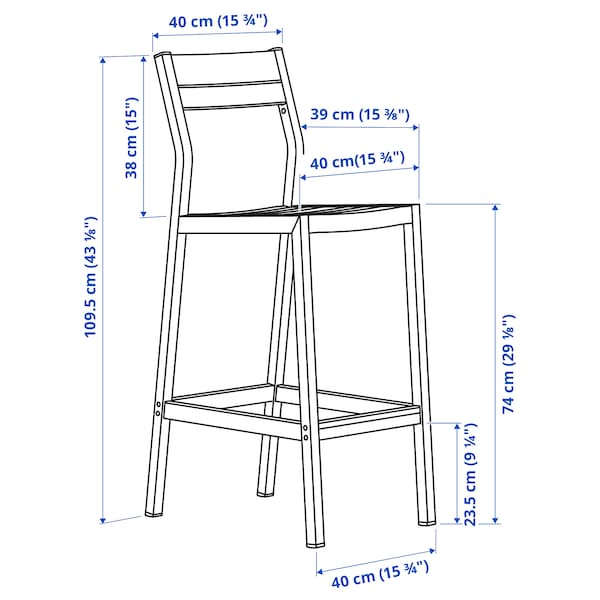 The eucalyptus slats have grain variations and natural colour shifts that give the furniture a warm and natural look.

For added durability and so you can enjoy the natural expression of the wood, the furniture has been pre-treated with several layers of semi-transparent wood stain.

May be combined with SJÄLLAND bar table.

May be completed with FRÖSÖN/DUVHOLMEN chair cushions 35 cm.

Only recommended for outdoor use.

This bar stool has been tested for home use and meets the requirements for durability and safety, set forth in the following standards: EN 581.

The best way to extend the life of your wooden outdoor furniture is by cleaning it regularly, not leaving it outdoors unprotected more than necessary and to re-stain it on a regular basis.

Clean: With a mild soapy solution. Wipe dry with a clean and dry cloth.

Maintenance: To prevent the surface from drying out and cracking and moisture from penetrating into the wood we recommend you to re-stain the furniture on a regular basis, for example once or twice a year.

Storing: If possible, store in a cool dry place indoors. If the furniture is stored outside, cover it with a waterproof cover. After a rain or snowfall, wipe off excess water or snow from flat surfaces. Allow air to circulate to avoid condensation.

Possible to separate for recycling or energy recovery if available in your community.

Article no Other documents

Rust-proof, weather-resistant and easy-care aluminium combined with durable hardwood eucalyptus. For maximum protection the wood is pre-treated with wood stain. By re-staining the wood now and then you can enjoy it for many years to come. 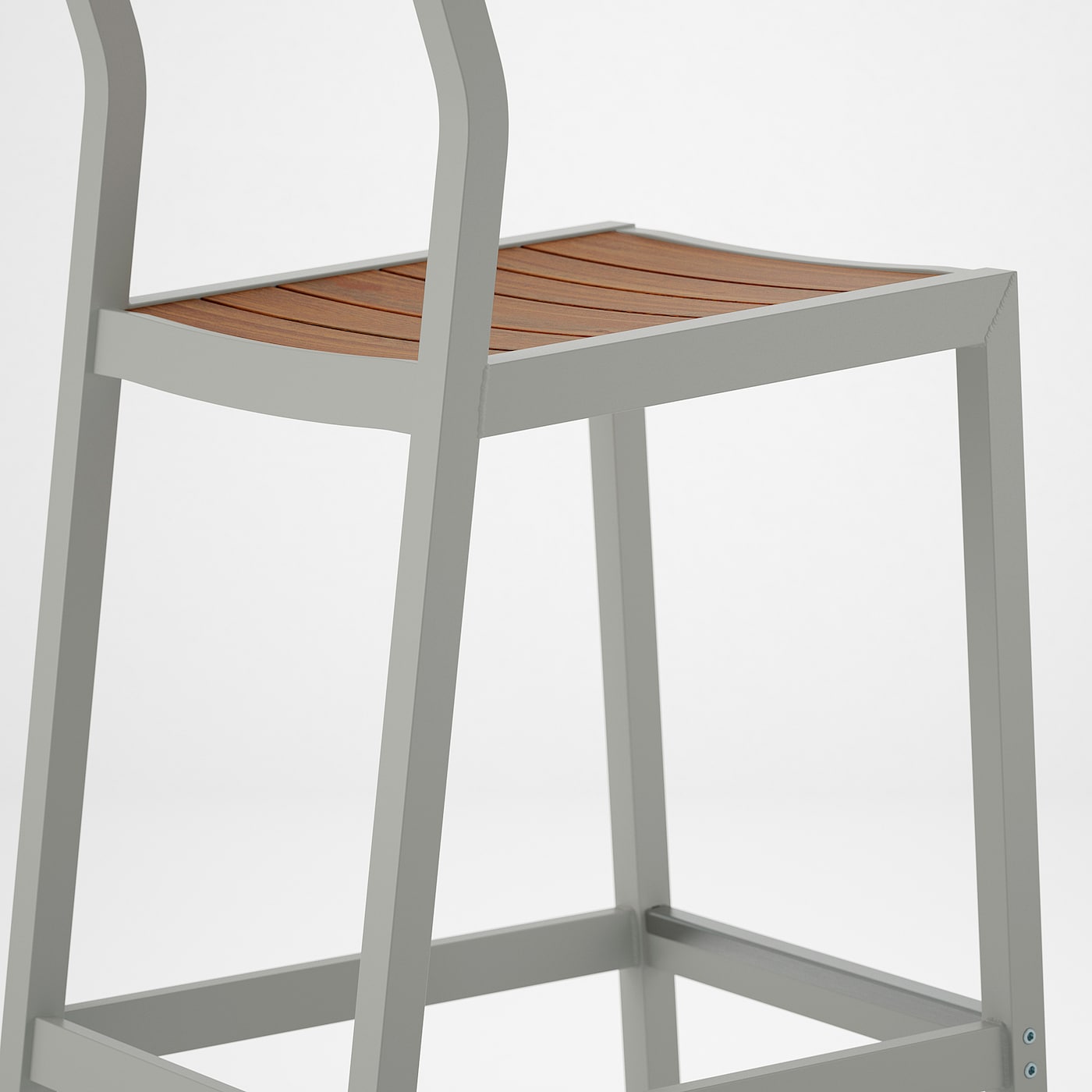 Problems we like
Sometimes things don’t go the way we expect when we create our products. Like with SJÄLLAND outdoor furniture. When we were almost ready with the development and thought we had straightened out all the question marks, our own designer didn’t manage to assemble one of the products the right way. Yes, we’re blushing a bit, but this blunder turned out to be a good thing.
When we want to move life to the garden or the balcony we shouldn’t have to worry about fixing up the outdoor furniture too much before we can relax and go ah… And it ought to be simple to fit the furniture back into crammed garages or under covers when the warm season is over. To get the care-free chairs and tables that most of us appreciate, we created SJÄLLAND. But, when David Wahl, the designer, started working with the collection, he didn’t realise that he and the development team were in for a hurdle-race of obstacles.

The good part about the problems the team faced, is that they all led to improvements. The chair became stackable, the bar stool functional and the assembly instructions super-clear – so no one needs to experience what David did. “It’s actually problems like this that we like. They make us better, and in the case of SJÄLLAND, they also make outdoor life easier”, says David.
More from the SJÄLLAND series
More Dining chairs